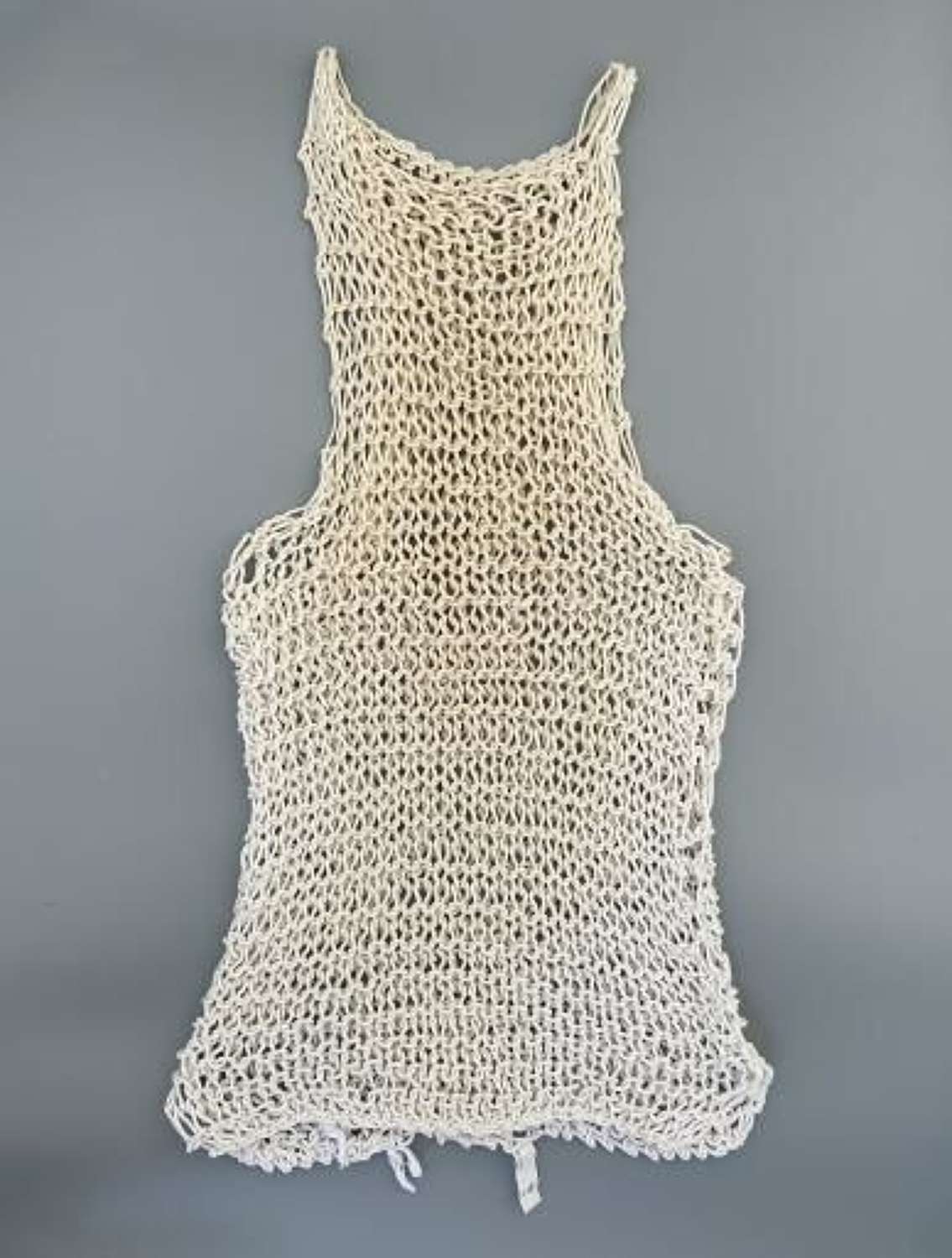 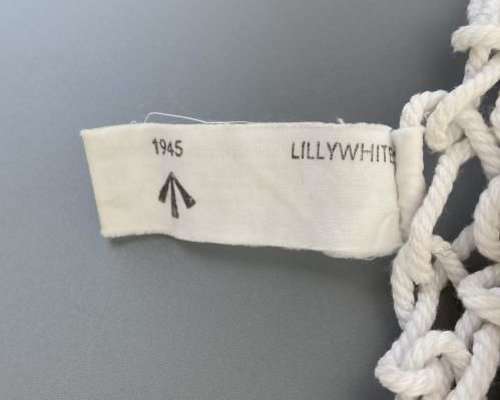 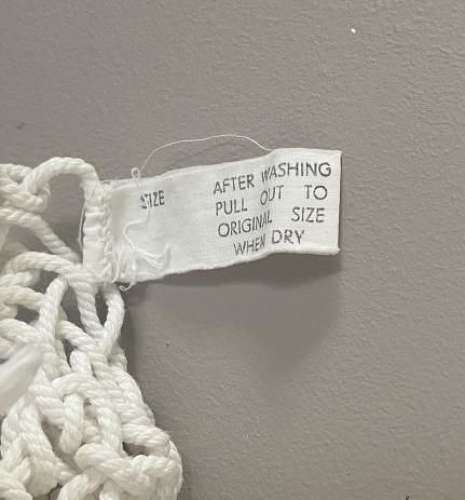 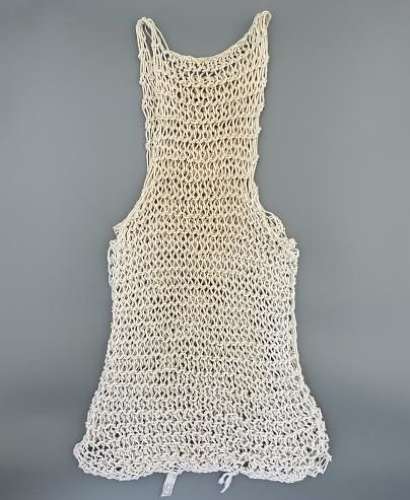 These vests were issued to a variety of units during the Second World War including the RAF and the British Airborne., now often being referred to as 'Airborne string vests'. Whilst the string vest is a classic piece of cold weather clothing and was used for this purpose (ideal on heavy bombers), they were also reputedly used as an escape and evasion tool. The idea is that these were made from one length of string which could be unraveled and plaited to form an escape rope.

The original label is still present and states the manufacturers name as 'Lilywhites' who were a well know brand during this period. The 1945 date is in evidence as is the War Department broad arrow marking. The rear features washing instructions and the word 'size'. No clear number is present but there is possibly a 2 which would denote the size.

This example is good condition for its age and does not appear to have been worn or issued. It has some marks etc from storage but overall displays well.

A nice original WW2 dated item which would make a great addition to a collection!