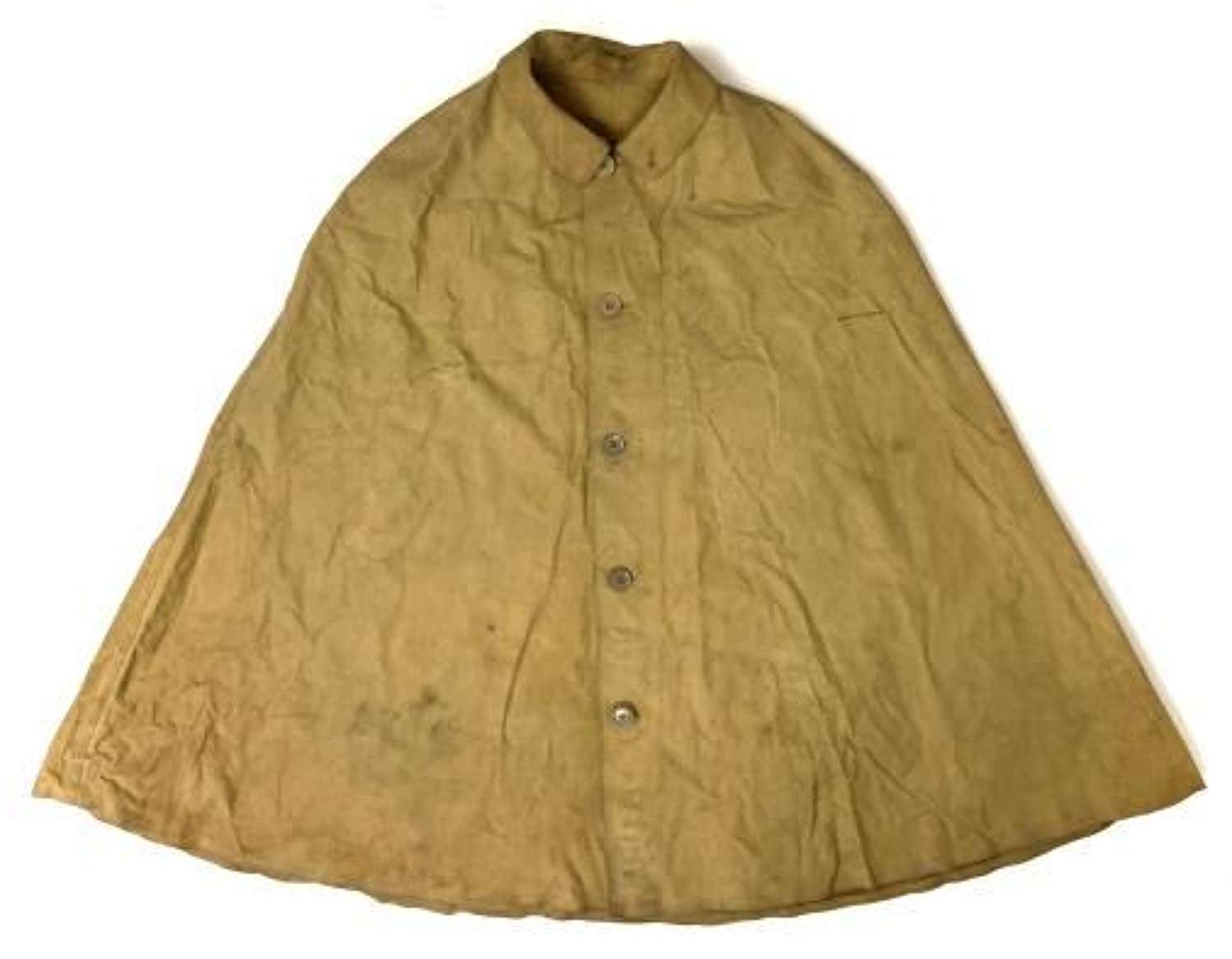 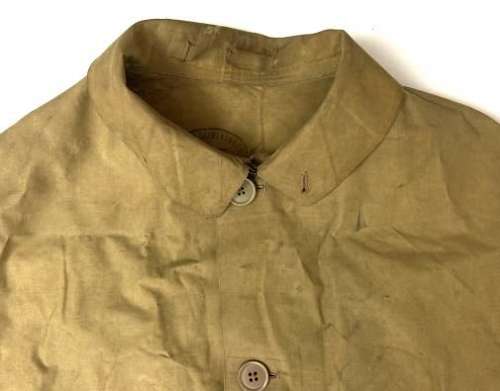 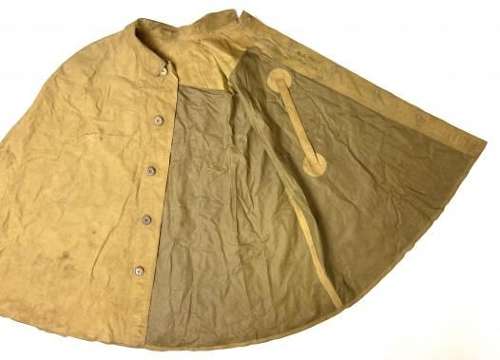 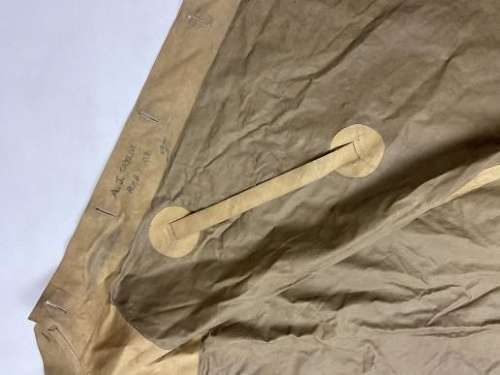 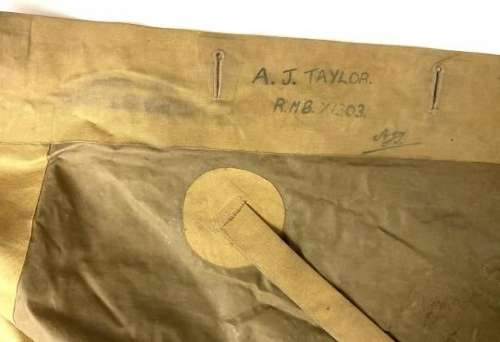 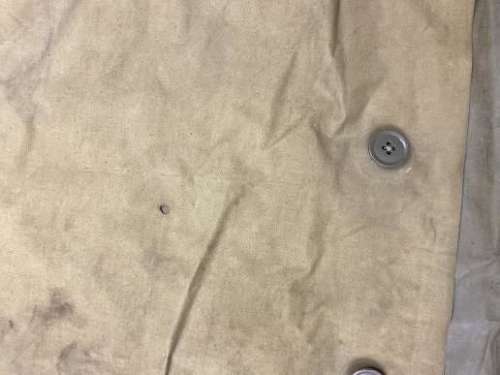 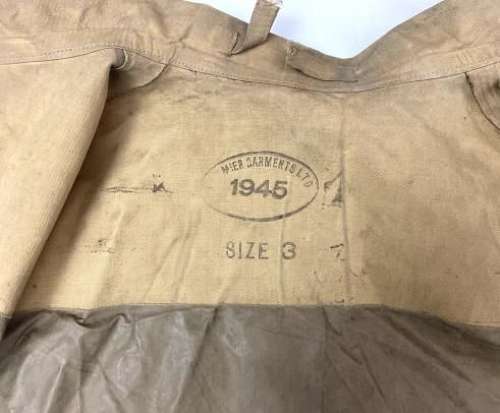 An original British made rain cape named to a member of the Royal Marines Band and dated 1945.

This is an interesting pattern of cape and quite different from the standard British Army issue examples. It is made from a rubber-backed material similar to those issued at the beginning of the war and is of a symmetrical design with 5 buttons closing the front. The interior features two arm loops to help keep the cape in position when the front is undone.

The collar fastens with a single metal hook and eye and features an addition button on the underside of the collar so it can be fastened together. Another interesting detail of this cape.

The original owner has marked their name and number inside the cape in ink which reads 'A. J. Taylor R.M.B. X1303'. The serial number is that of a member of the Royal Marines Band. Bandsmen served in many roles during the war including being deployed on Royal Navy ships serving in a logistical roles which meant they would be on deck, hence the issue of a cape such as this.

The original makers stamp is still present and bares the makers name and the 1945 date. Below this the words 'size 3' is stamped denoting the size.

The cape is in good condition for its age with only limited signs of wear and use. It appears to be sound and wearable and has a full compliment of buttons. Most of the cape is still soft and pliable with small areas which are somewhat brittle. There is a small hole to the front as detailed in the pictures but overall the cape displays nicely.

Altogether a rare and interesting pattern of cape with a nice clear date and name which warrants further research.