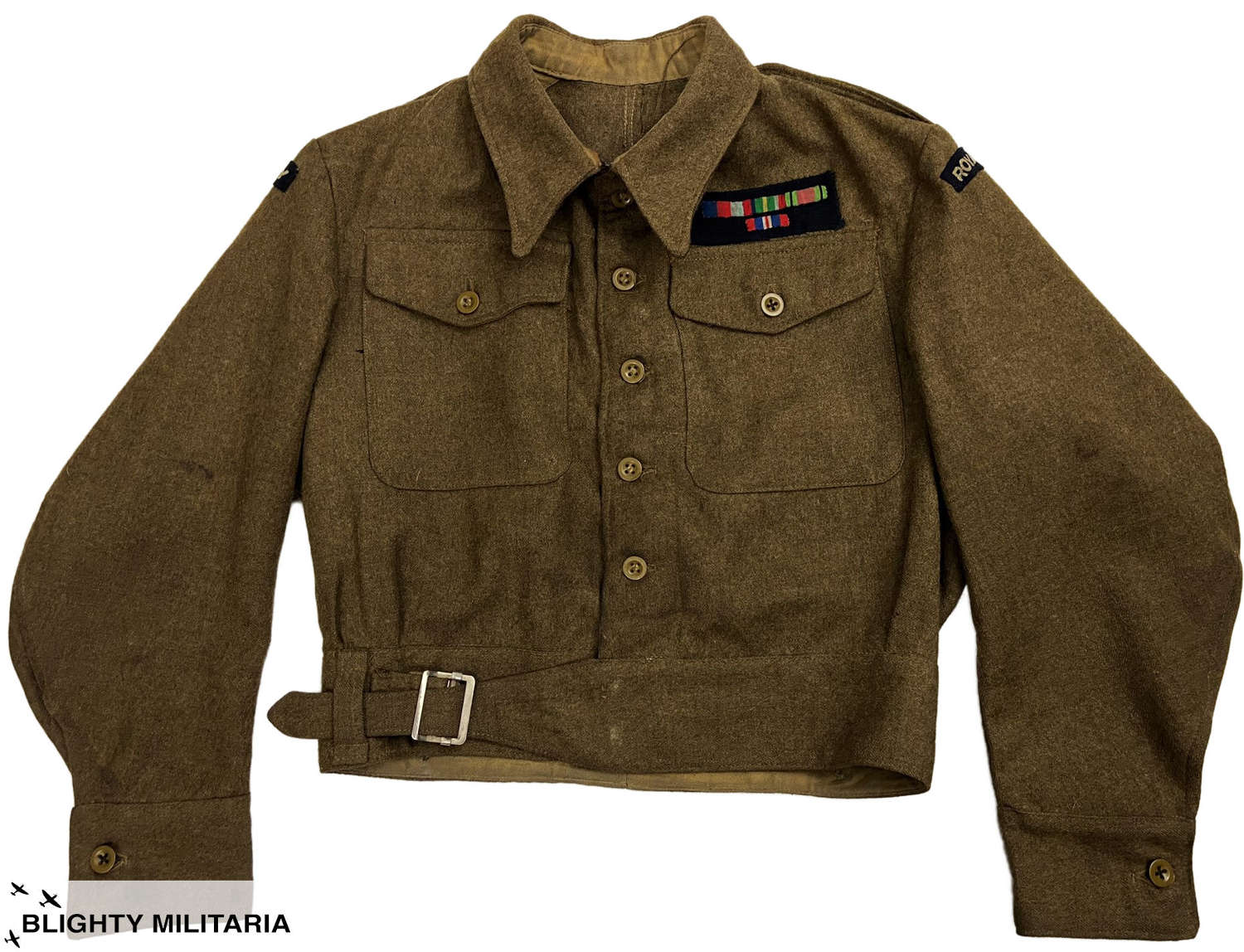 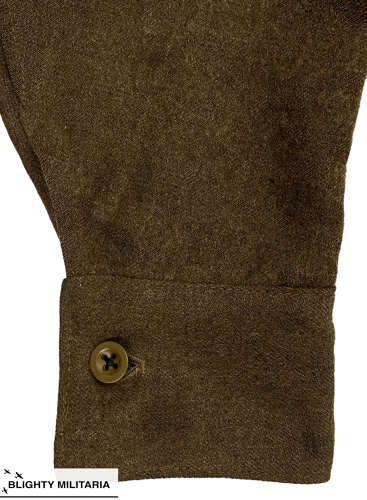 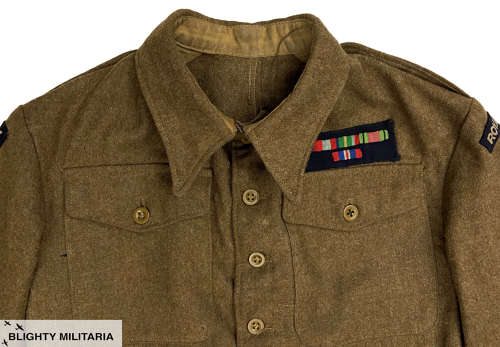 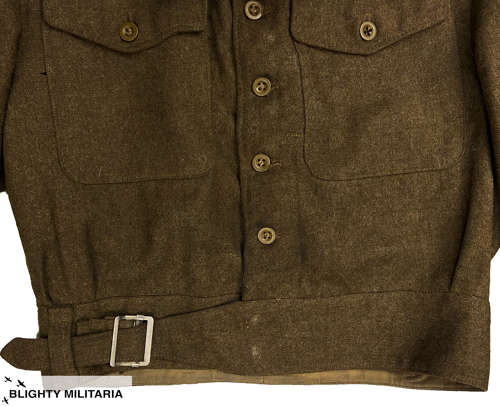 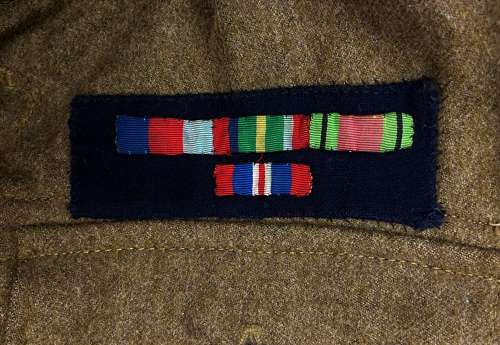 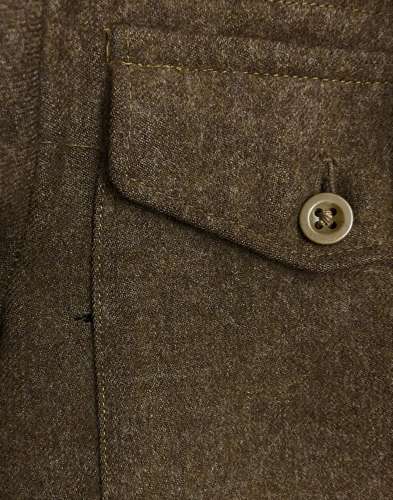 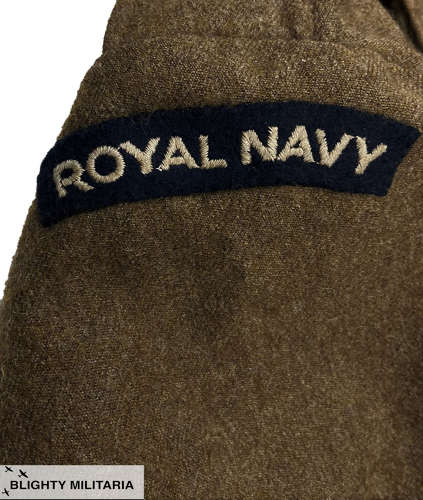 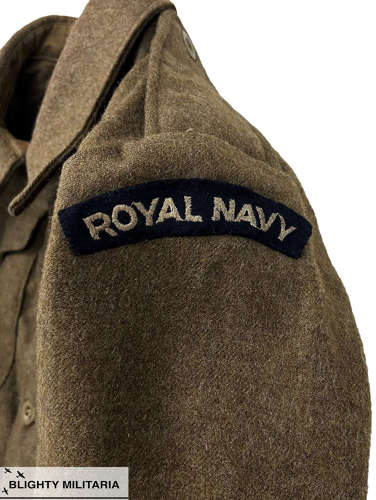 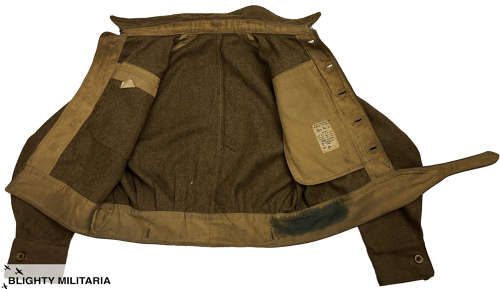 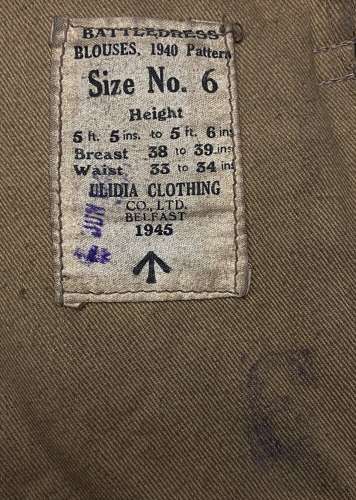 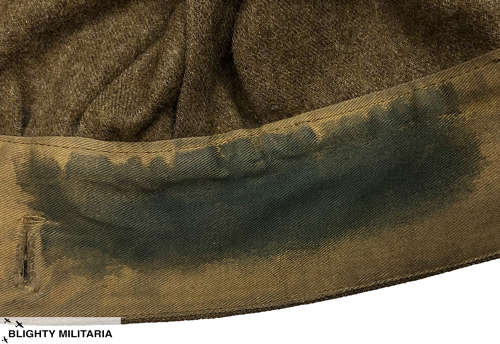 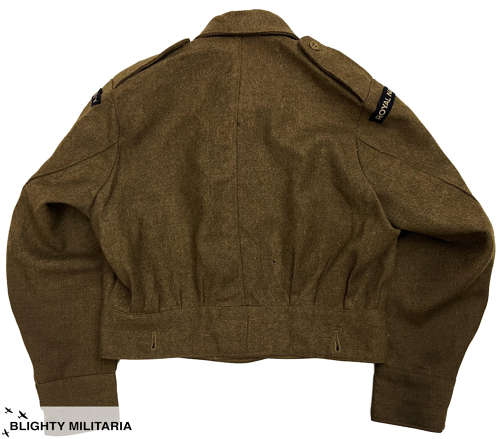 The only member of the Royal Navy who were allowed to wear Army Battledress were the members of Combined Operations which would suggest the original owner served as part of that organisation. The jacket is a standard British Army 1940 Pattern (Austerity) example which was introduced into service in 1942. It features exposed buttons throughout, all of which are green vegetable ivory (plastic) examples. The jacket has been fitted with embroidered Royal Navy shoulder titles as well as a section of black serge cloth with medal ribbons attached to it. This was quite likely cut directly from one of the original owners serge jumpers and done as it was quicker than removing and re-stitching each individual badge. The medal ribbons include the Pacific Star which means the original owner fought in that theatre of war. The shoulder titles and the medal ribbon patch have both been stitched on at the same time by the same hand and using the same thread. Some of the buttons have been re-attached to the jacket also using a dark coloured thread. The original owner most likely wouldn't have had khaki thread in his sewing kit so used his RN thread - a nice detail.

The medal ribbons include the Pacific Star which means the original owner fought in that theatre of war.

Inside the jacket the original label is still present and bears the size of No. 6 along with the maker's name 'Ulidia Clothing Co. Ltd, Belfast' and the 1945 date. Below this is the War Department broad arrow marking and there is also a purple issue stamp which is illegible. The manufacture date ties in well with the medal ribbons which would have not been worn prior to 1945 in that arrangement.

The jacket is in used condition and was clearly a working jacket rather than a best jacket. None-the-less it was clearly coveted by the original owner which is why it has survived to this day. There are some small moth nips dotted around the jacket and plenty of signs of service wear. Overall it is a very nice jacket which displays well but please take time to study the pictures before purchasing.

A very rare British battledress jacket which is totally original and unmolested. This would make an excellent addition to any collection!