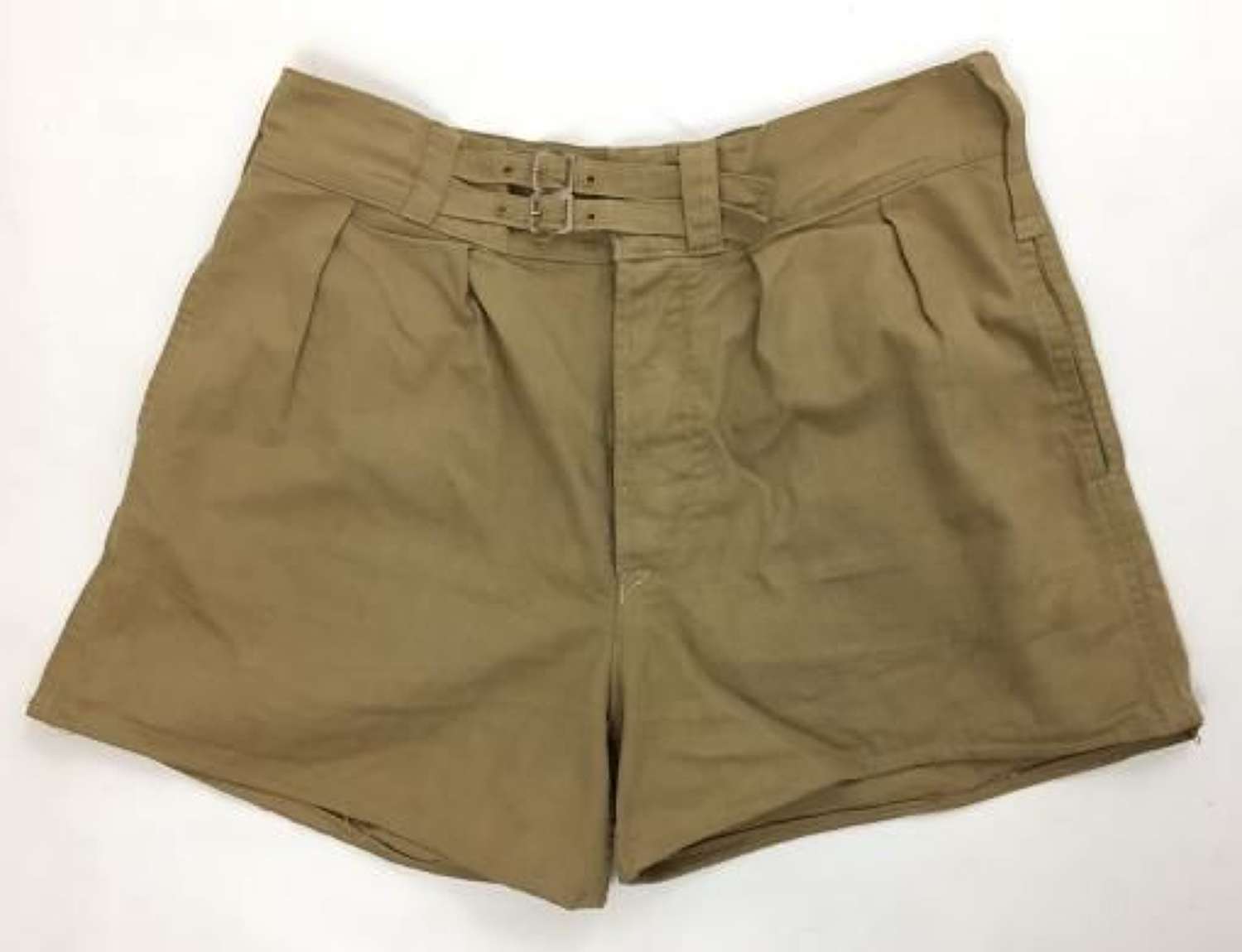 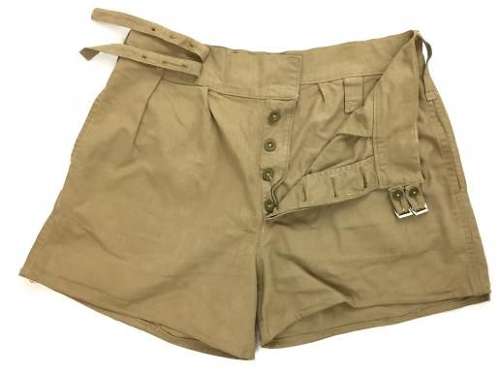 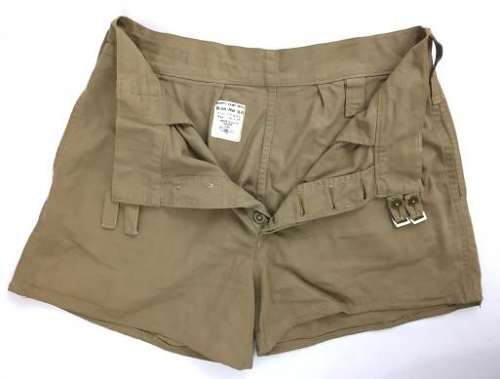 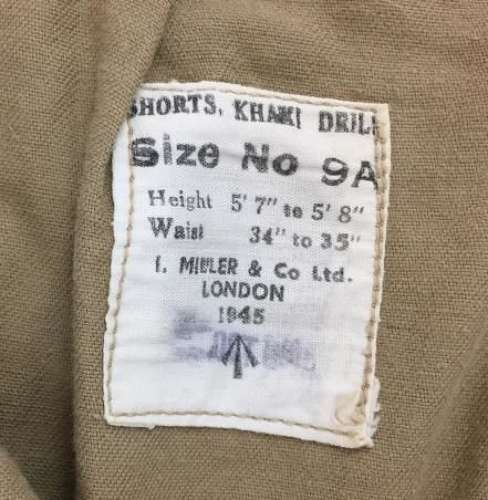 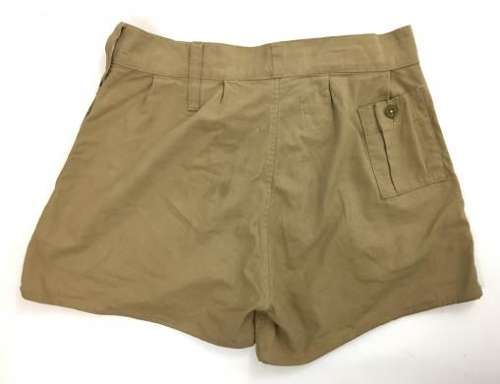 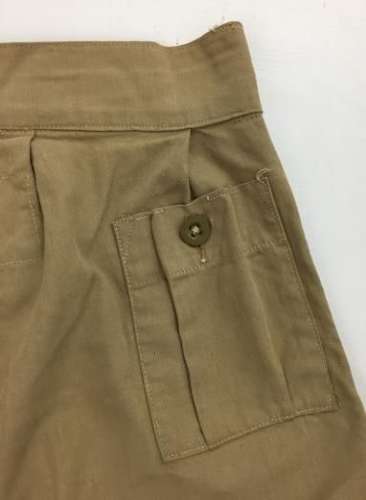 This pattern of BD shorts was worn by all arms of the British Forces during the Second World War including the British Army and Royal Air Force. They feature the classic double buckle closure to the front, a button fly, slash pockets and a first field dressing pocket to the rear.

Inside the shorts still retain their original issue label which is rare to find with wartime KD items. It states 'Shorts Khaki Drill Size 9A' which will fit a 34-35" waist making them ideal for a re-enactor. The 1945 date is present as is the War Department broad arrow marking.

The condition of the shorts is good as can be seen in the pictures with only limited signs of age and wear.

Altogether a nice original pair of wartime British made shorts which are much harder to find than their Indian made counterparts!