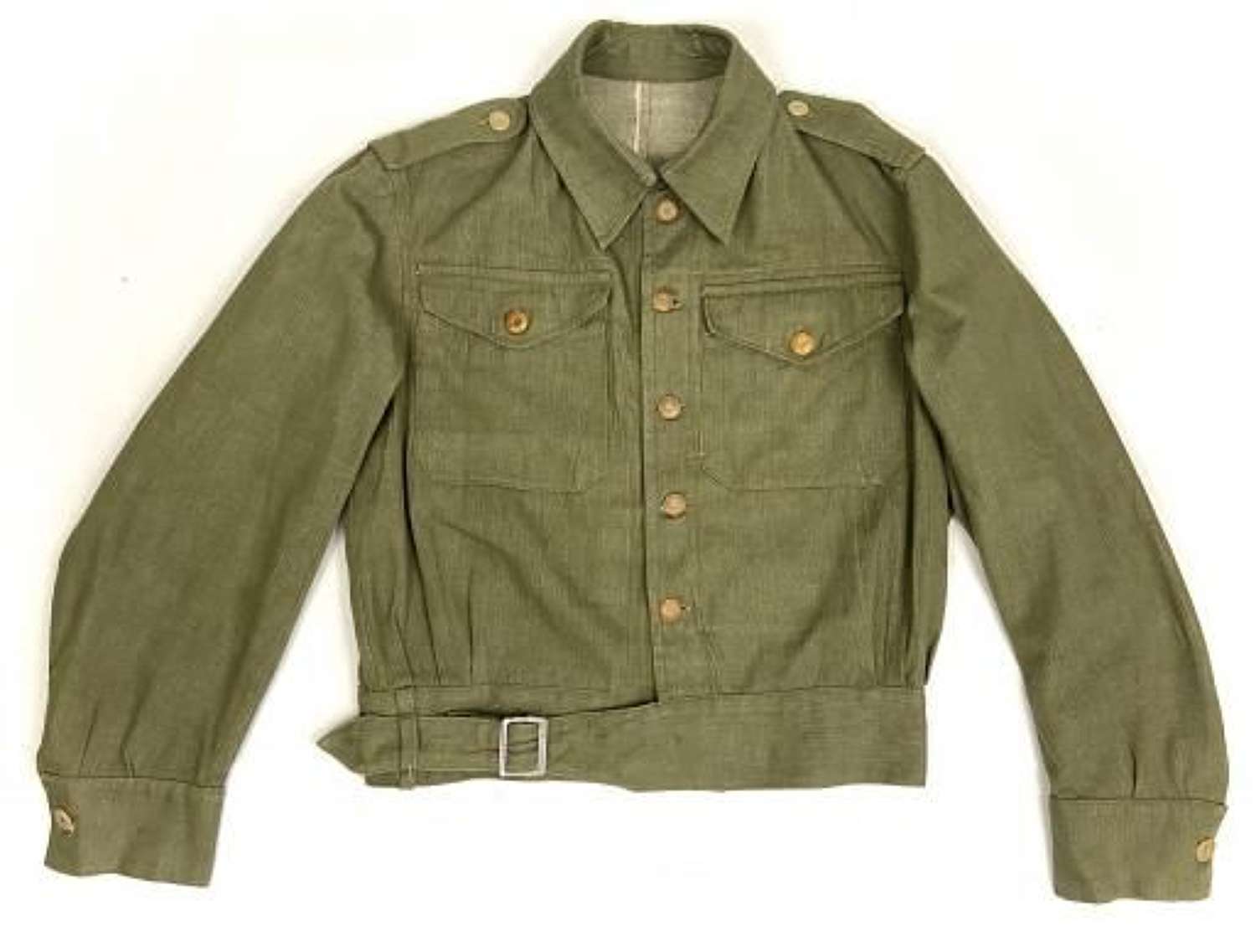 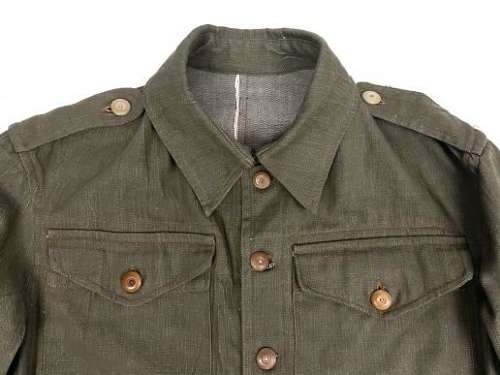 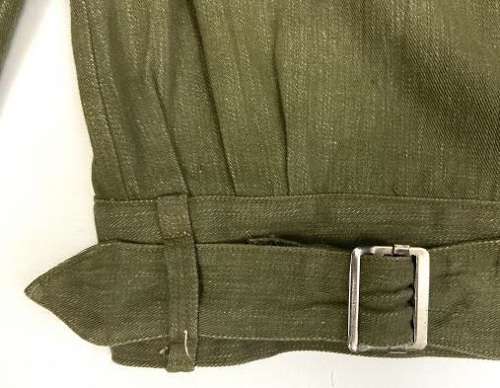 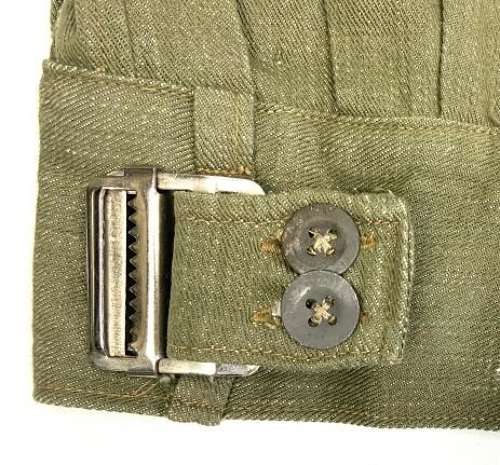 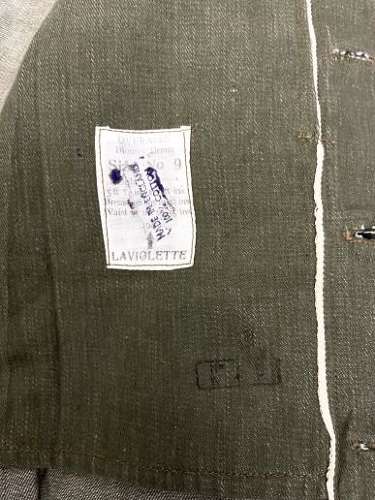 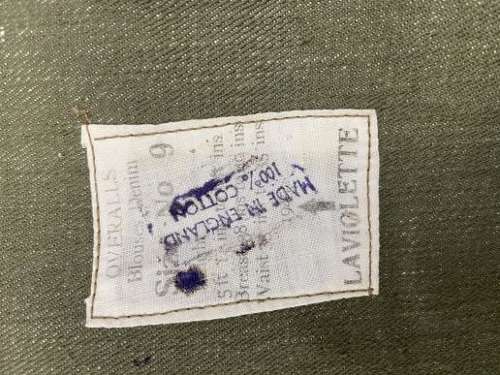 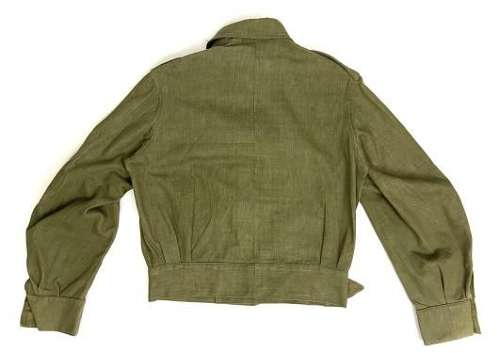 SOLD
An original British Army 'Overalls Blouses Denim' dated 1945 and made by 'Laviolette' in the liberated zone of North West Europe in the later part of the Second World War.

Introduced at the beginning of the Second World War as a replacement for the earlier fatigues issued in the Great War and inter-war periods., the design closely followed the serge Battledress introduced in 1938 but was made from denim and had removable buttons. This is a second pattern or 'austerity' version which does not feature the pleated pockets of the first pattern jacket.

This particular blouse was made in a factory in North West Europe which had been liberated by the Allies, most likely in Belgium. The style of the War Department Broad arrow and the rectangular ink stamp found below the label inside the jacket are typical of the items manufactured in Belgium in the late part of WW2.

The jacket features a set of butterscotch coloured revolving shank buttons which could be removed for laundering purposes. A wartime chrome plated waist buckle is fitted at the waist and is held in place with two pressed steel buttons, the like of which are usually found on earlier Great War period items and less commonly on WW2 clothing.

Inside the jacket the original label is still present and reasonably legible. The makers name 'Laviolette' can be read and the War Department broad arrow stamp is clearly present. The size is stated as No.9 which is a larger size and will fit up to a 40" chest and a 35" waist. The 1945 date is just visible being partially obscured by a purple stamp reading 'Made in England , 100% cotton'. The addition of this stamp is odd as the jacket is clearly a late war liberation zone made item!

The jacket is in very good condition with no real signs of wear or use. It is quite possible that the jacket has never been issued or worn and it displays very well. There are no serious faults or issues I can find but please study the pictures as they form part of the description.

A very nice original wartime example of a Denim Blouse in great condition and a larger, wearable size. This would be ideal for a re-enactor or collector!