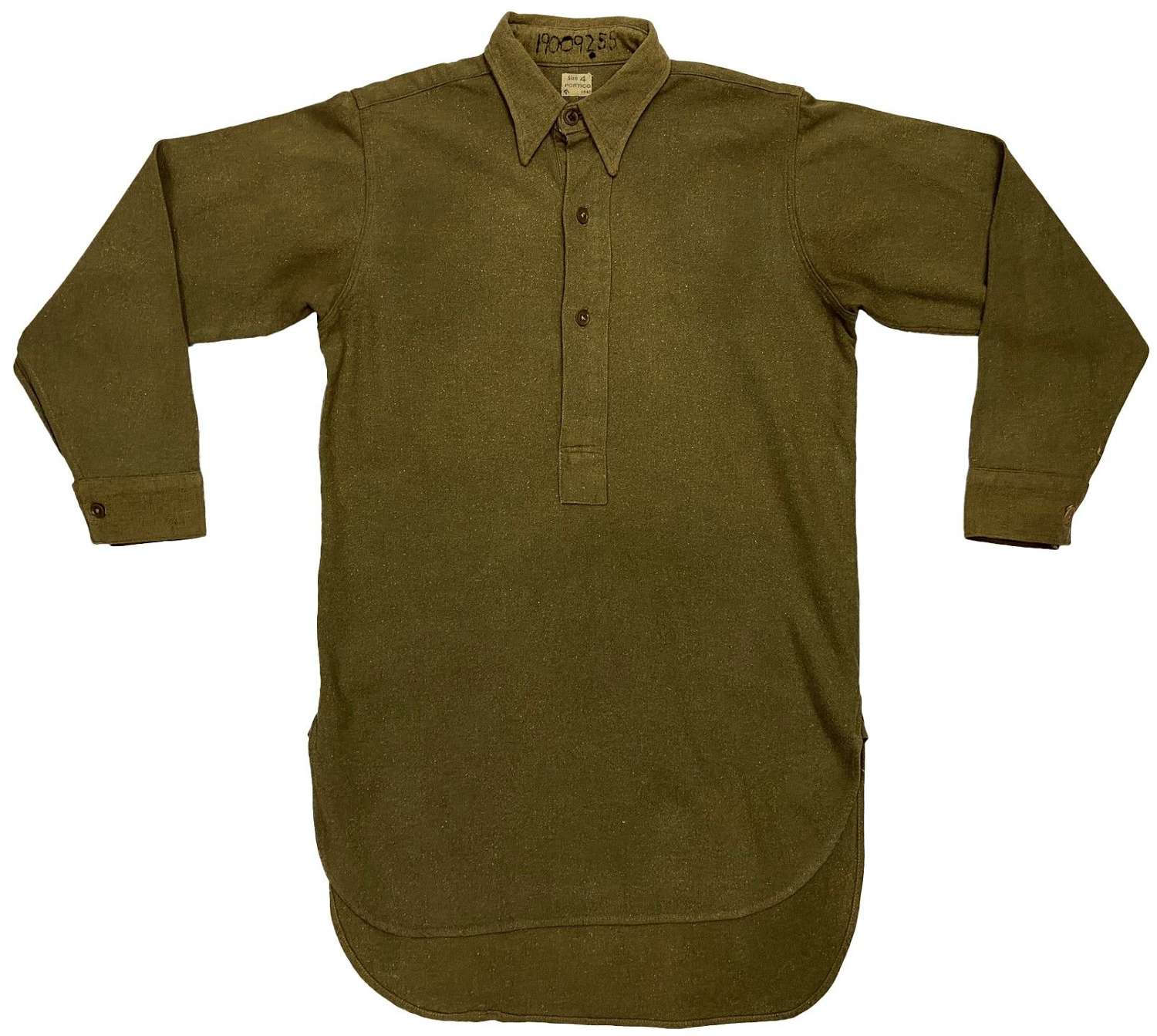 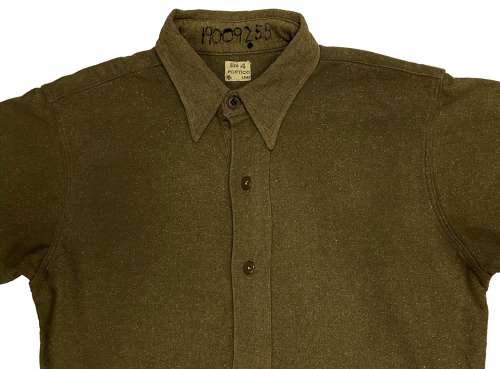 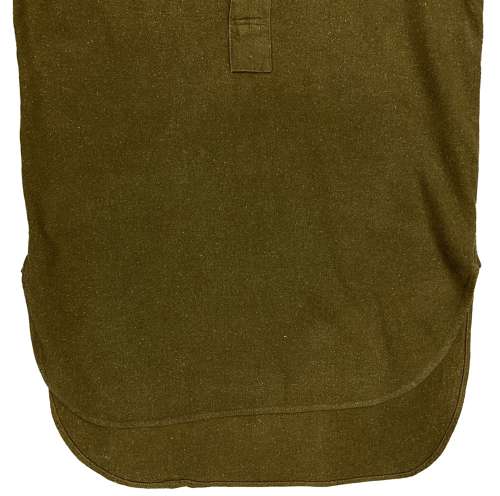 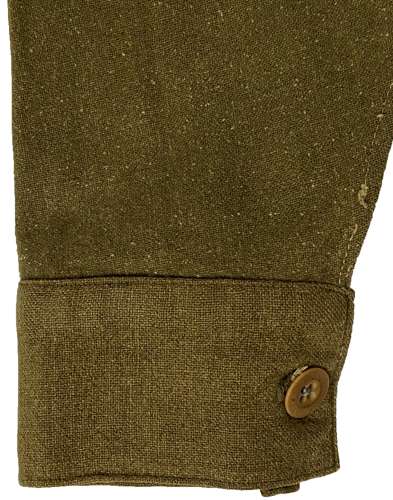 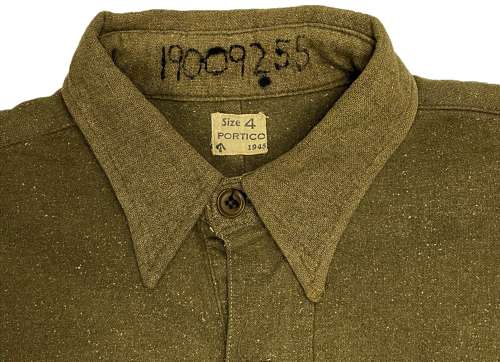 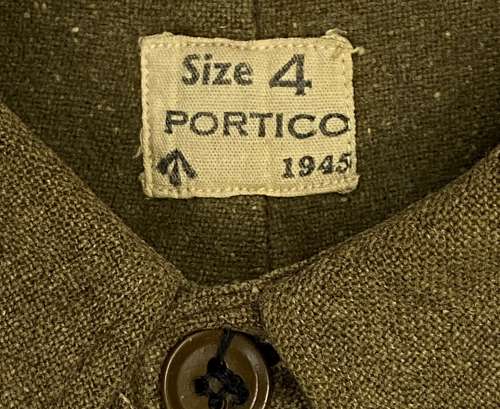 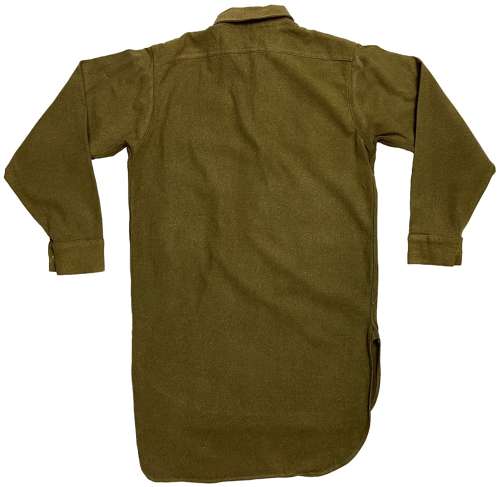 A fantastic original British Army Ordinary Ranks collared shirt made by 'Portico' in 1945.

Dress regulations changed in late 1944 for Ordinary Ranks serving in the British Army. Whilst previously they had been issued with collarless shirts to be worn underneath battledress blouses fastened to the top; the new regulations allowed for a collar and tie to be worn with the blouse collar open. Collared shirts went into production at this point whilst some soldiers had detachable collars stitched onto the collarless shirts they already owned.

This example was made with with an attached collar and is made from the khaki green coloured flannel shirting usually found on issue shirts. It features long sleeves with a barrel cuff and a typically 1940s spearpoint collar.

Inside the shirt the original label is still present and states the size as 4. The makers name 'Portico' is present as is the 1945 date and the War Department broad arrow. The original owner has added his number in ink to the inside of the collar which may be traceable.

These half placket shirts are generously cut across the chest and shoulders to allow them to be pulled on over the wearers head. When laid flat it measures -

The shirt is in stunning condition with only very limited signs of wear and use. Overall it displays very well and is still very fresh and bright.