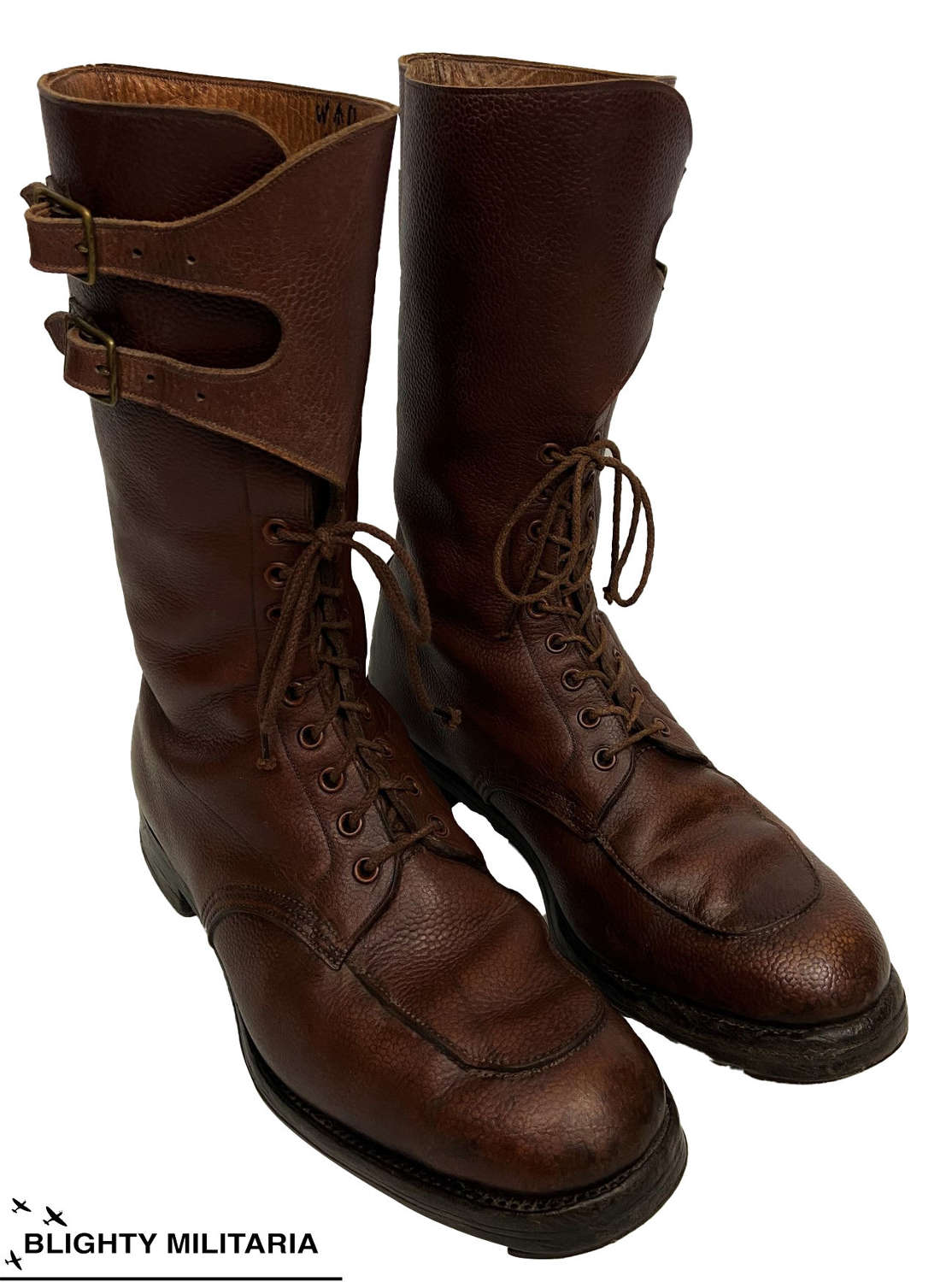 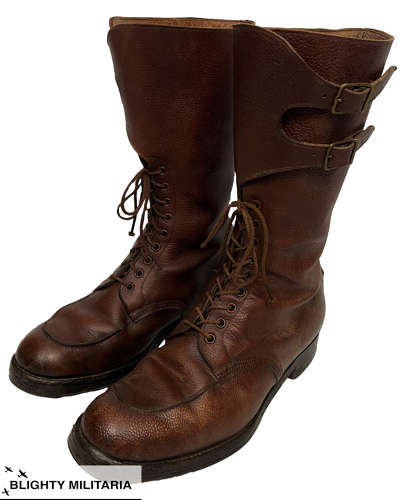 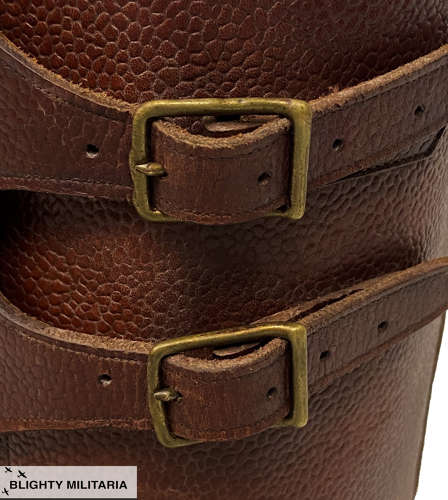 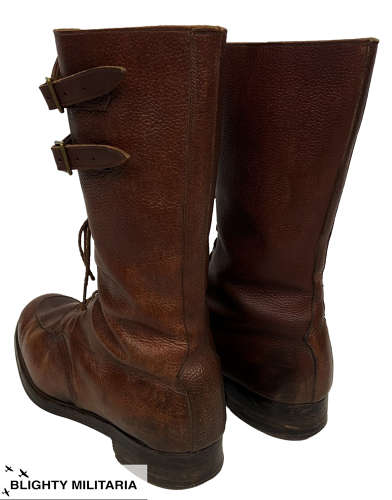 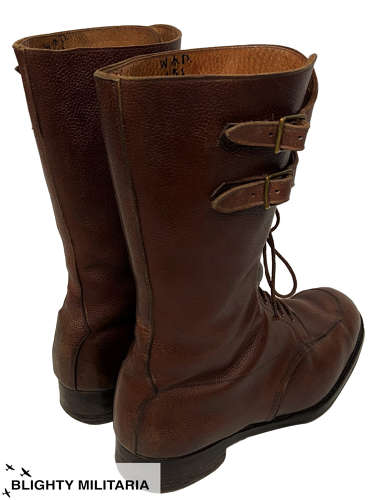 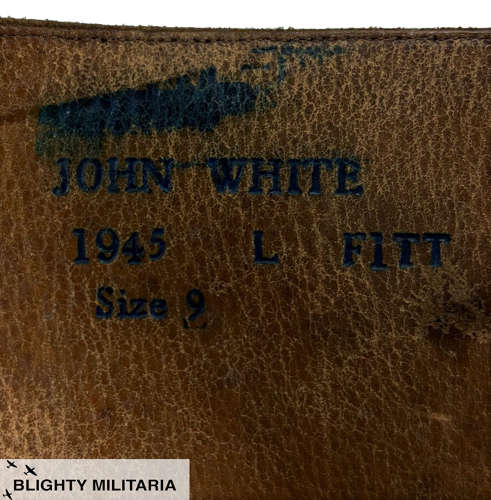 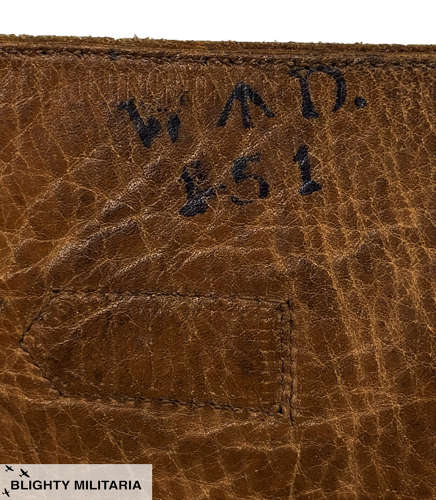 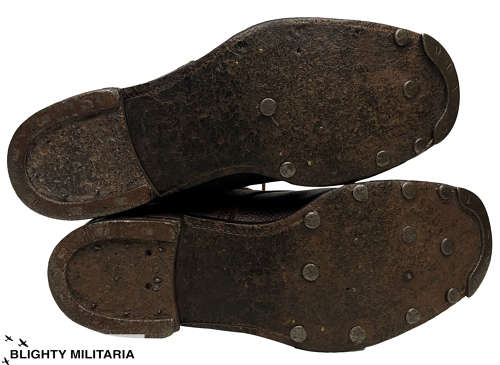 An original pair of 1945 dated British Army Officer's field boots in a size 9 and in good condition.

This pattern of boots was introduced in the mid war period and were available from Royal Army Ordnance Corps officer's clothing shops. They are made from a brown coloured leather which has a pebble finish and feature an apron front toe. The top of each boot features an integral gaiter which fastens with two brass buckles. The soles are leather and retain a number of their original flat metal studs as well as the metal toe protectors which are held on with the correct slot head screws. The heels are also leather and feature a metal horseshoe.

Inside the boots the original markings are present and include the manufacturer's name of 'John White' the size of 9 and the 1945 date. As well as this is a War Department inspector's stamp to each boot. The insoles are also marked with the size and date.

The boots are in very good condition as can be seen in the pictures. They display very wearable and look to be wearable although it is important to remember that they are a vintage, pre-worn item.

A very nice pair of wartime officers boots in a desirable size and great condition!