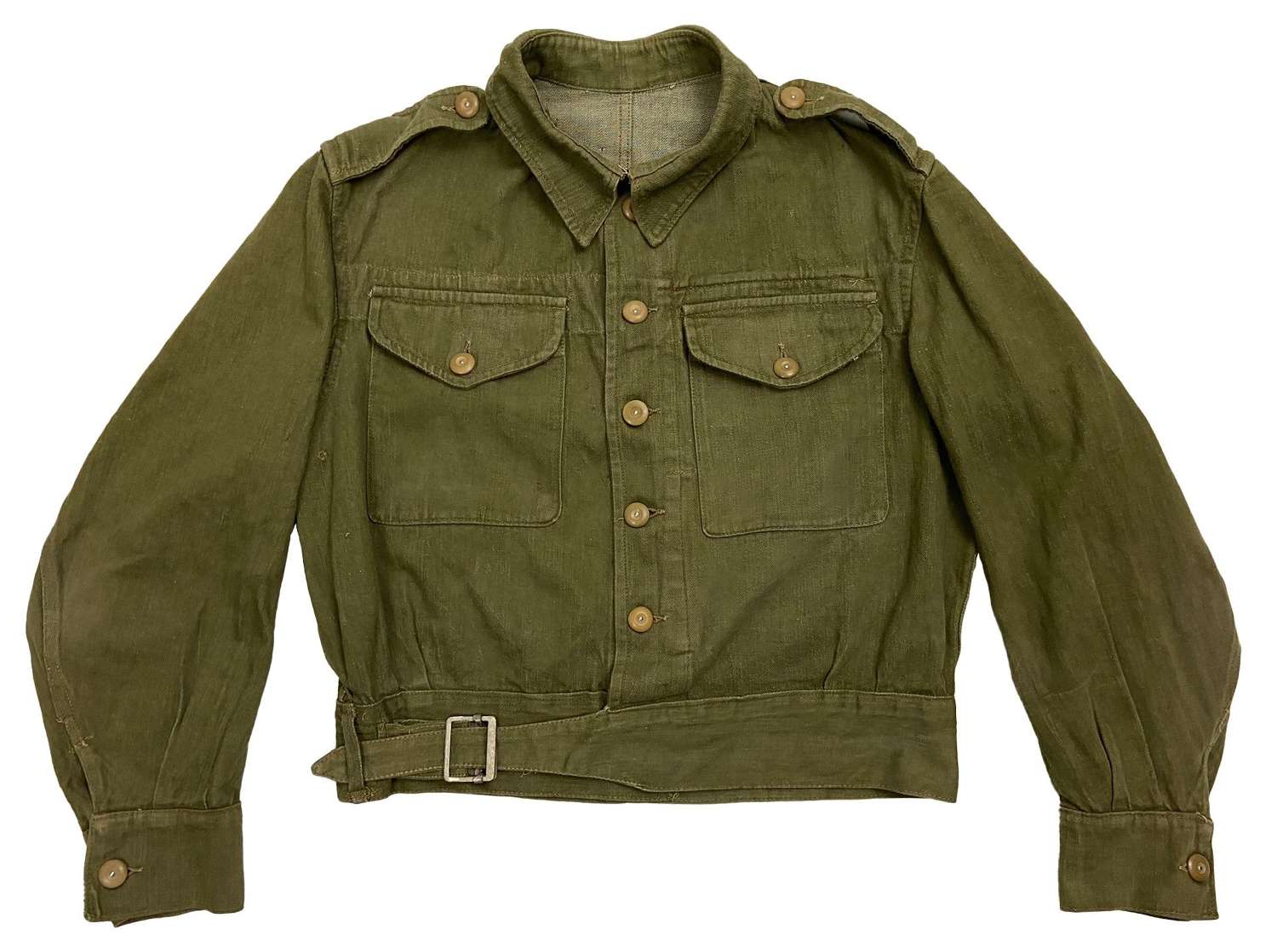 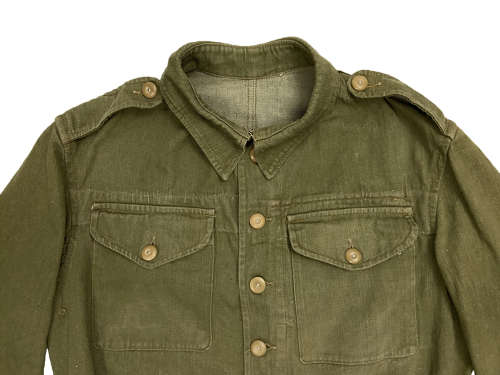 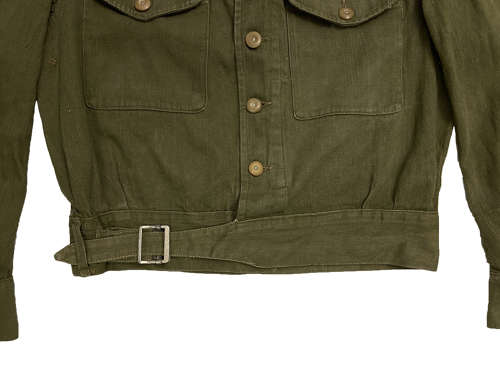 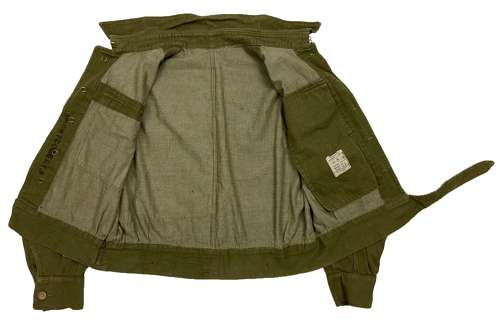 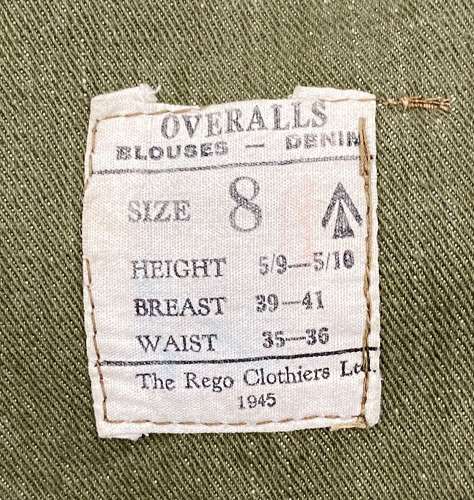 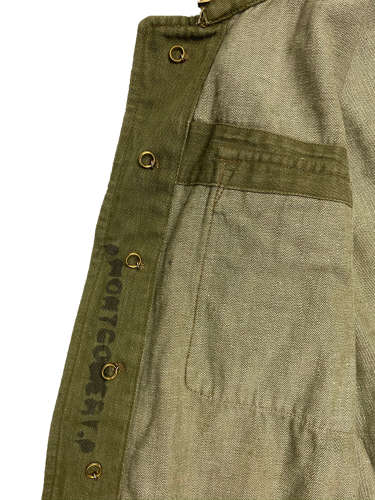 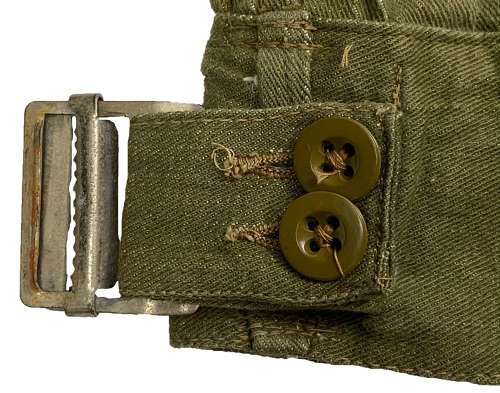 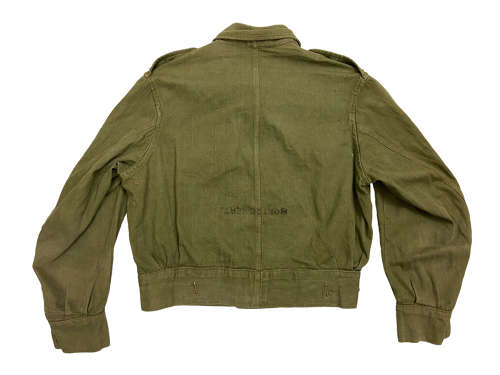 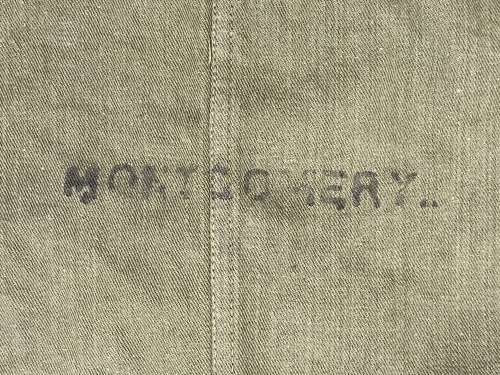 An original British Army Denim Battledress Blouse clearly dated 1945 and in a size No.8.

The jacket features a full set of butterscotch coloured revolving shank buttons which are all held in place with the correct brass split rings. At the waist a steel buckle is fitted and is held in place with two green plastic buttons, the same sort as were used on later war battledress. The name 'Montgomery' has been added to the inside and the rear of the jacket as can be seen in the pictures.

Inside the jacket the original label is present and reads 'Overalls Blouses - Denim'. It states the size as No.8 and the maker as 'The Rego Clothiers Ltd'. Below this the 1945 date is present as is the War Department broad arrow marking.