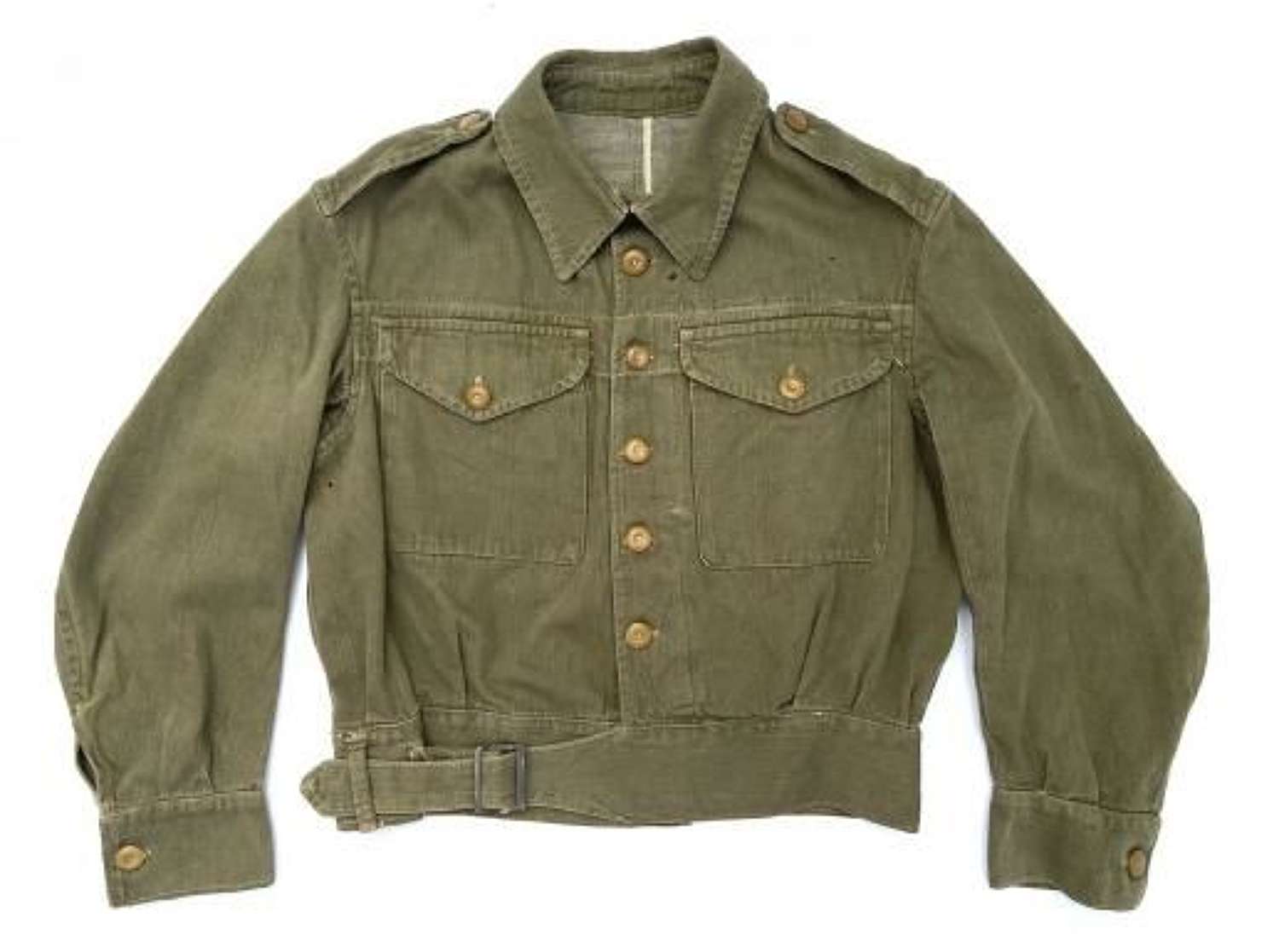 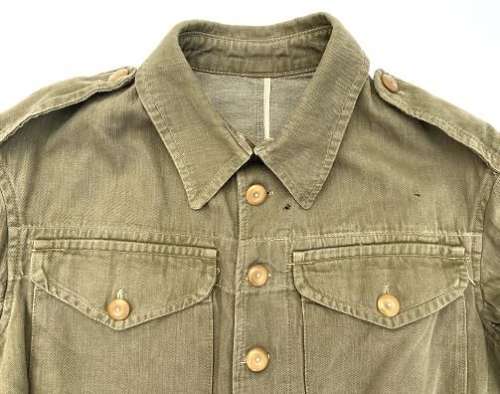 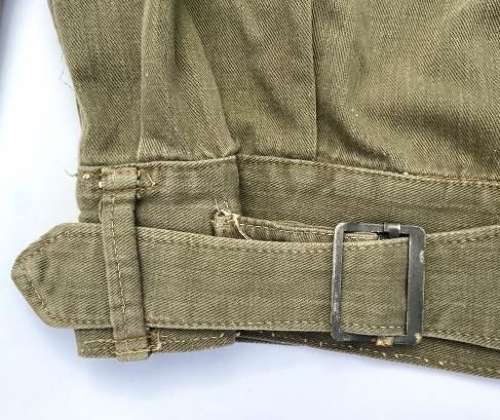 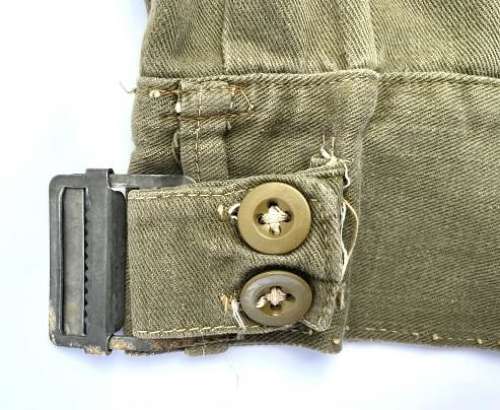 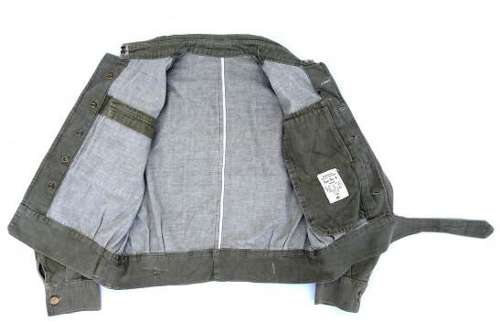 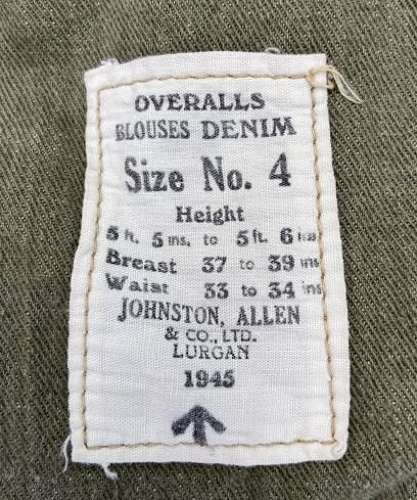 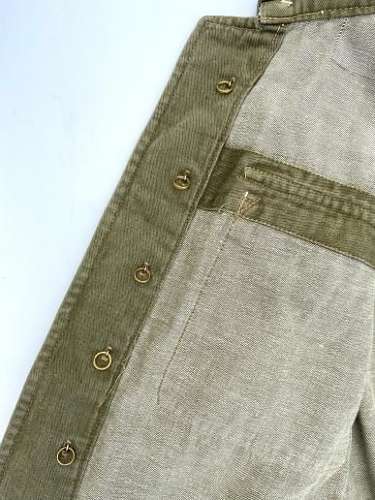 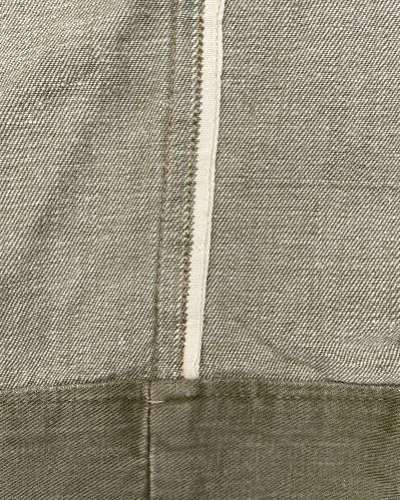 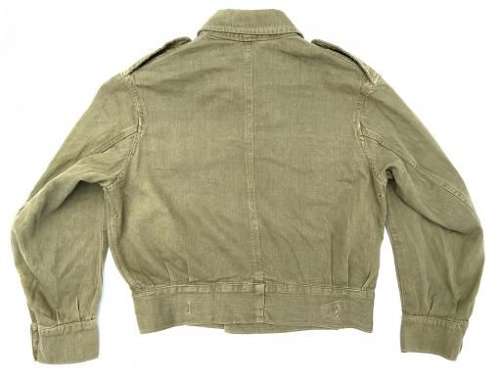 The jacket features a full set of butterscotch coloured revolving shank buttons which are all held in place with the correct brass split rings. At the waist a steel buckle is fitted and is held in place with two green plastic buttons, the same sort as were used on later war battledress. The interior also features a selvedge section to the rear seam which is a nice additional detail.

Inside the jacket the original label is present and reads 'Overalls Blouses Denim'. It states the size as No.4 and the maker as 'Johnston, Allen & Co Ltd. Kurgan'. Below this the 1945 date is present as is the War Department broad arrow marking.