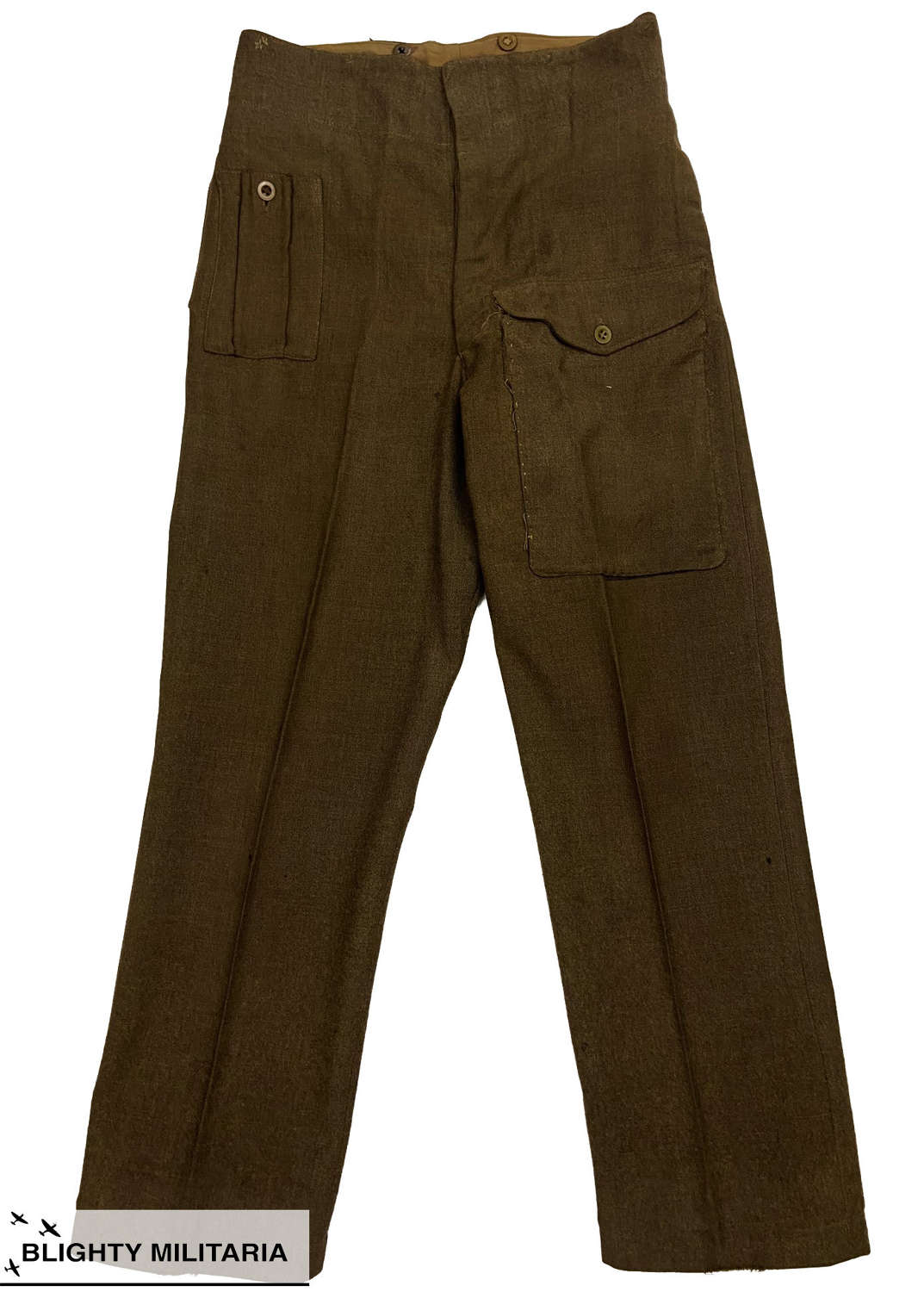 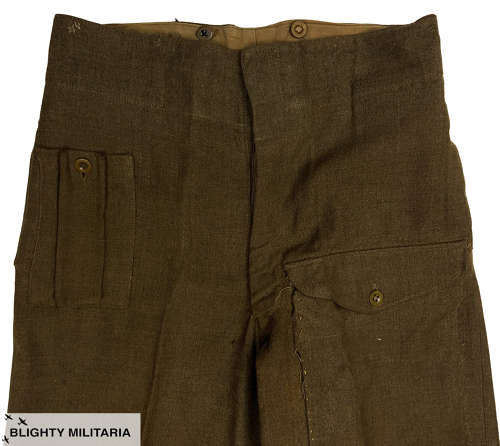 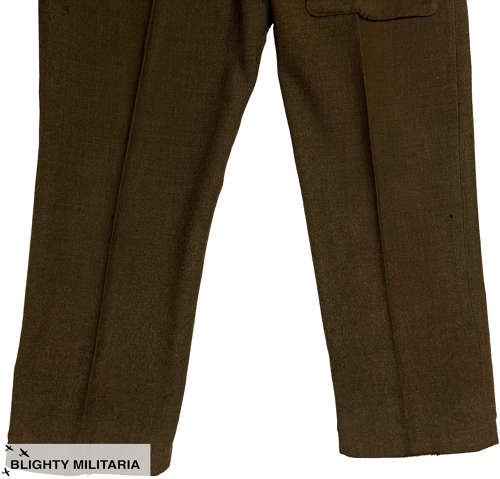 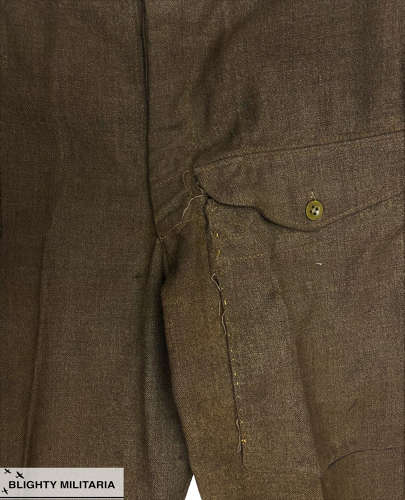 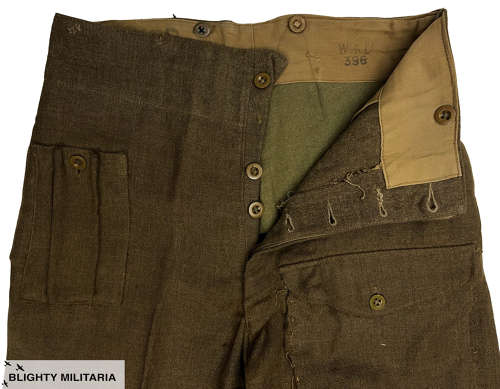 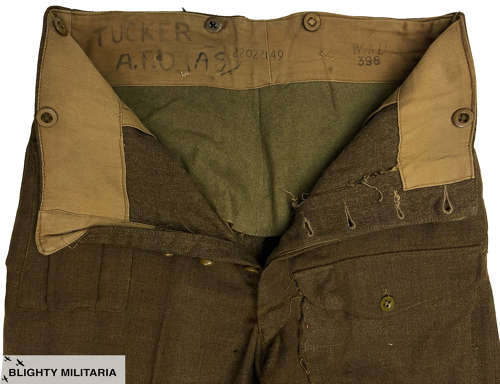 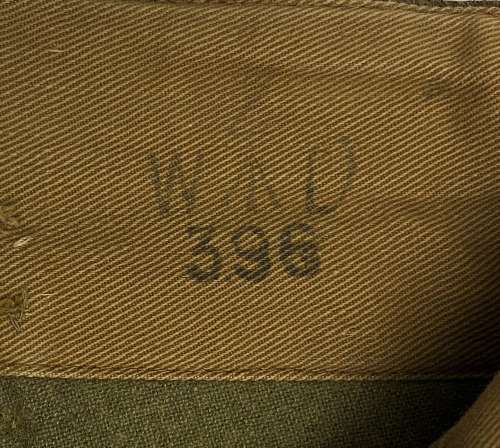 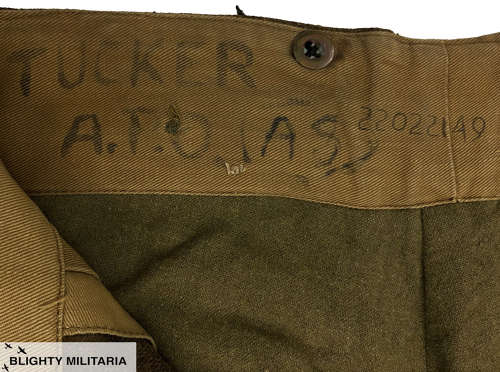 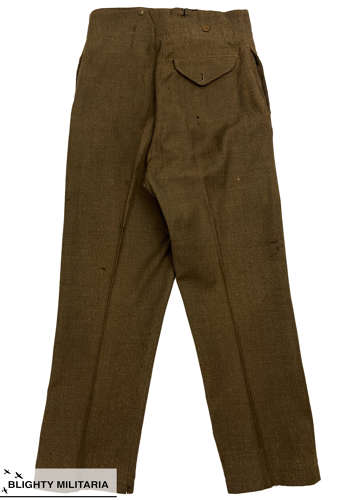 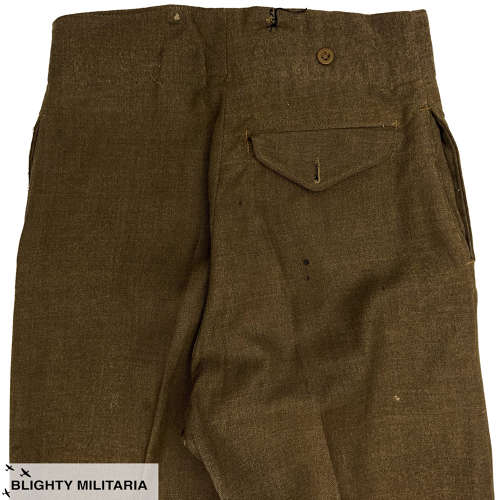 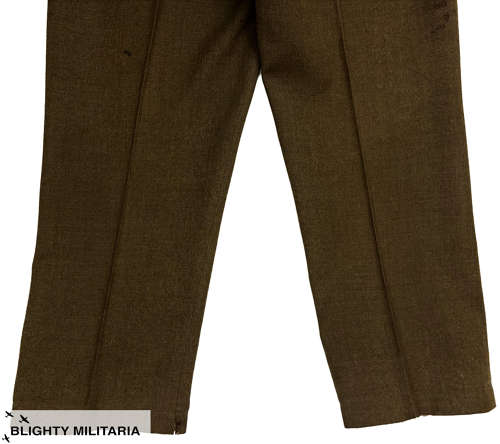 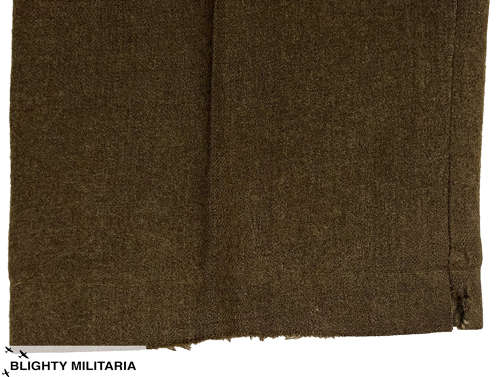 An original pair of 1940 Pattern (Austerity) Battledress trousers dated 1945 and in worn condition.

This pattern of trousers came into issue with the British Army in 1942 replacing the earlier 1940 pattern. These are an austerity pattern which don't feature belt loops, covered buttons to the pockets or tabs to the bottom of the legs as the earlier patterns did. They are made from the standard khaki green serge wool used for British uniforms during this period and are fitted with green plastic buttons, typical of 1945 manufacture.

This particular example no longer retains its original factory label but there is an outline of where it was originally stitched. They do still bear the War Department acceptance stamp to the interior however which is surmounted by the letter 'Z' which denotes 1945 as the year of issue. The original owner has marked his name and serial number as 'Tucker 22022149'.

The trousers are in good condition with some signs of wear and use. There is some staining and the nap of the serge is more in places, particularly to the edge of the fly and pockets. THe map pocket has been repaired as shown in the pictures which is a period repair and not a modern repair. Overall they have an authentic look with wear in all the 'right' places. Please study the pictures before purchasing.

A good original pair of Wartime trousers which would suit a collector or re-enactor well.