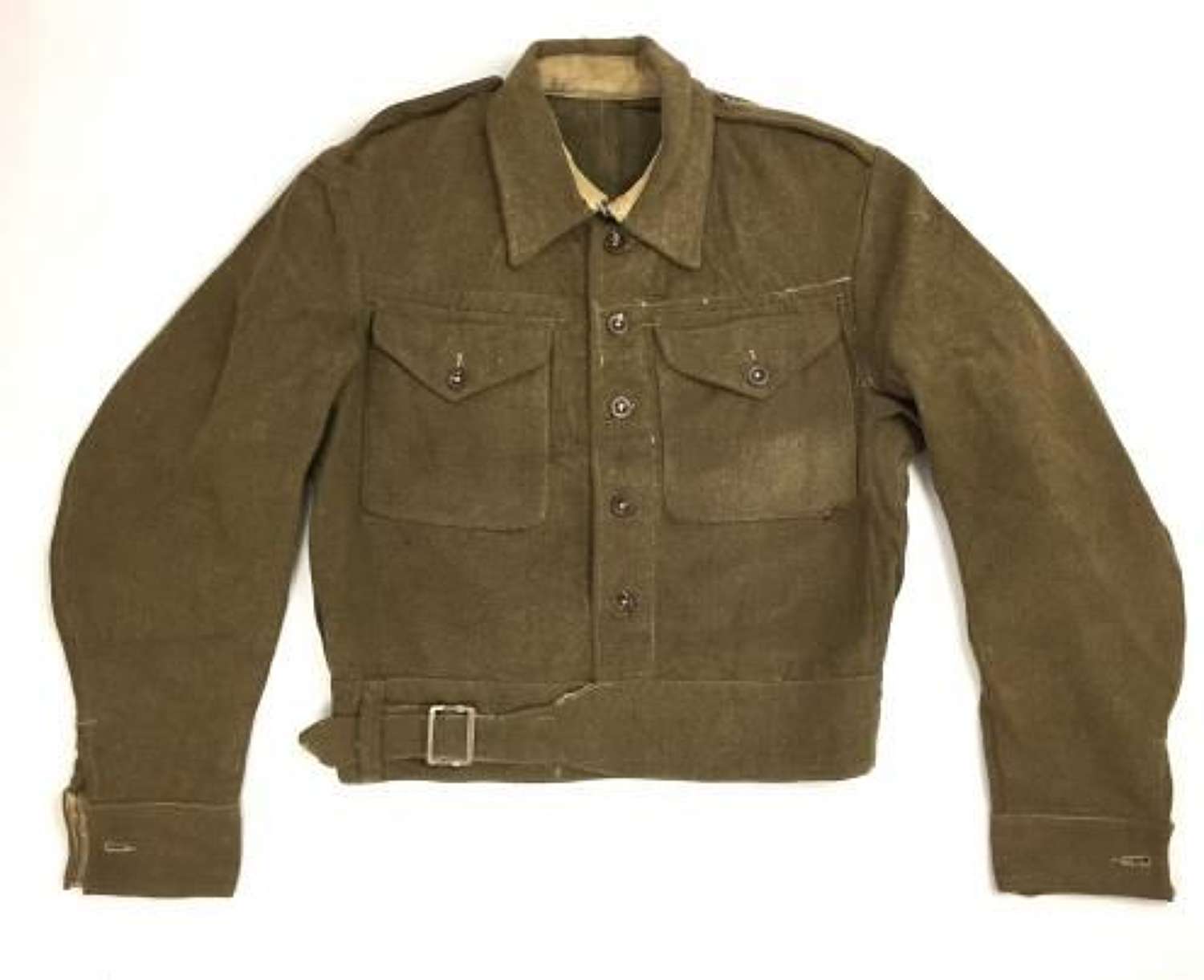 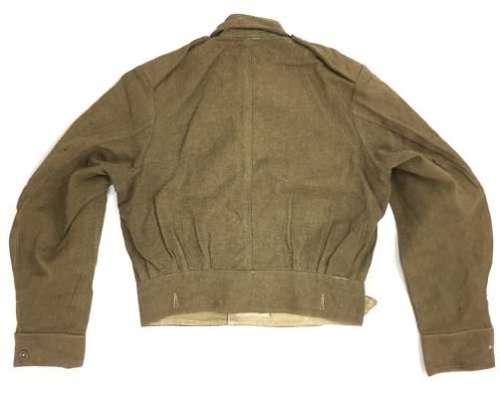 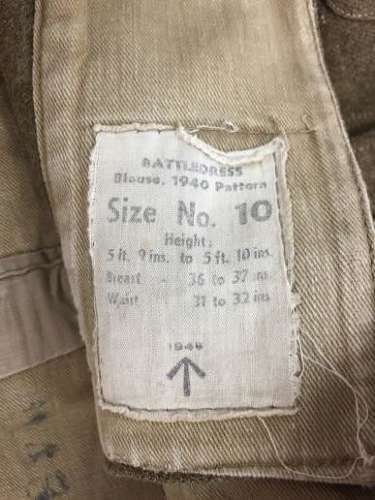 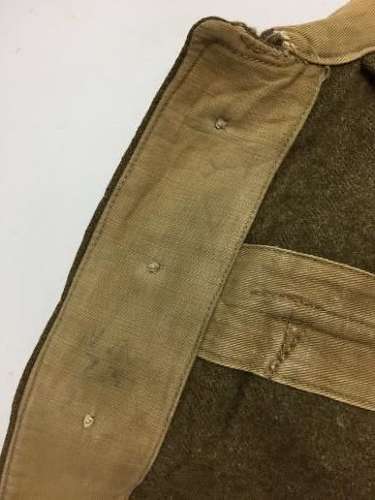 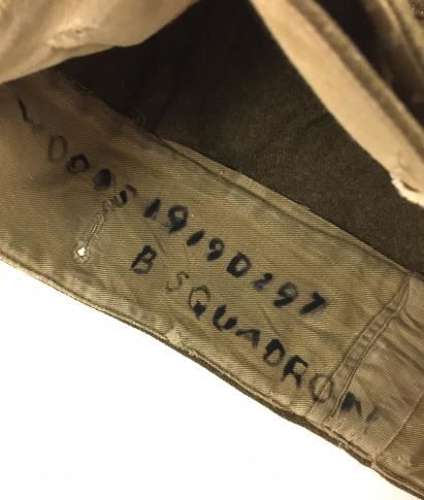 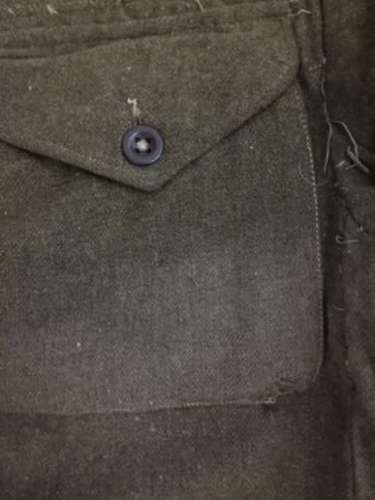 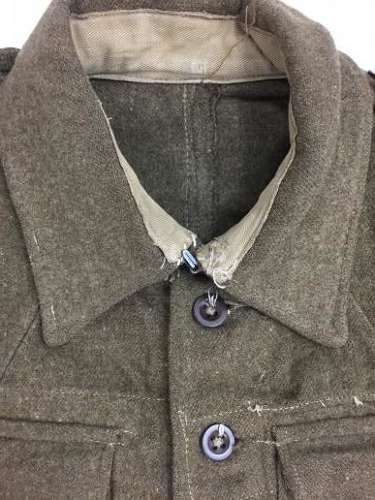 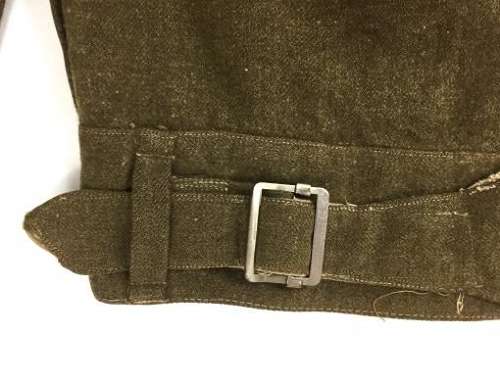 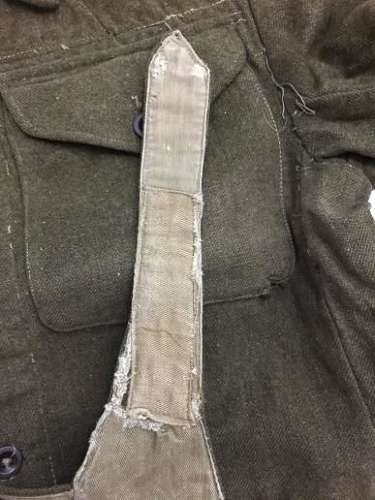 What is fantastic about this particular BD jacket is that it really looks like it has ‘been there’. Whilst collectors and re-enactors often have a tendancy to search for the most pristine examples of uniform they can find, this is what a battledress blouse worn in combat would have looked like during the Second World War.

This example is a re-issued jacket which has gone back to a repair centre before being issued a second time. The first big giveaway of this is that the issue label is situated in the waistband - a typical feature of this type of BD. The inside pocket onto which the label would have originally been affixed has, in fact, been removed. Other notable features included a repair to the khaki cotton backing of the waist belt (which always wear badly with excessive use).

The blouse features the chocolate brown buttons often associated with early manufactured austerity blouses and has faint traces of the original War Department WD stamp. There are two different army serial numbers written inside the jacket due to the jacket having been re-issued after repairs. The name ‘Woods’ appears to be the second man the jacket was issued to. ‘B Squadron’ is also marked inside in the same hand which would suggest Armoured, Cavalry, Reece or similar history.

The condition of the blouse is well worn as already described above. It has various marks and signs of wear, one cuff button is missing and this is a small hole to the rear of one of the sleeves. As well as this one of the collar hooks which fastens the collar closed is missing although this is common to find. Please study the pictures to asses the condition for yourself.

Whilst not the finest example of a battledress blouse to have ever been offered on the market, its is certainly one of the most genuine and would make an excellent addition to any WW2 British collection.