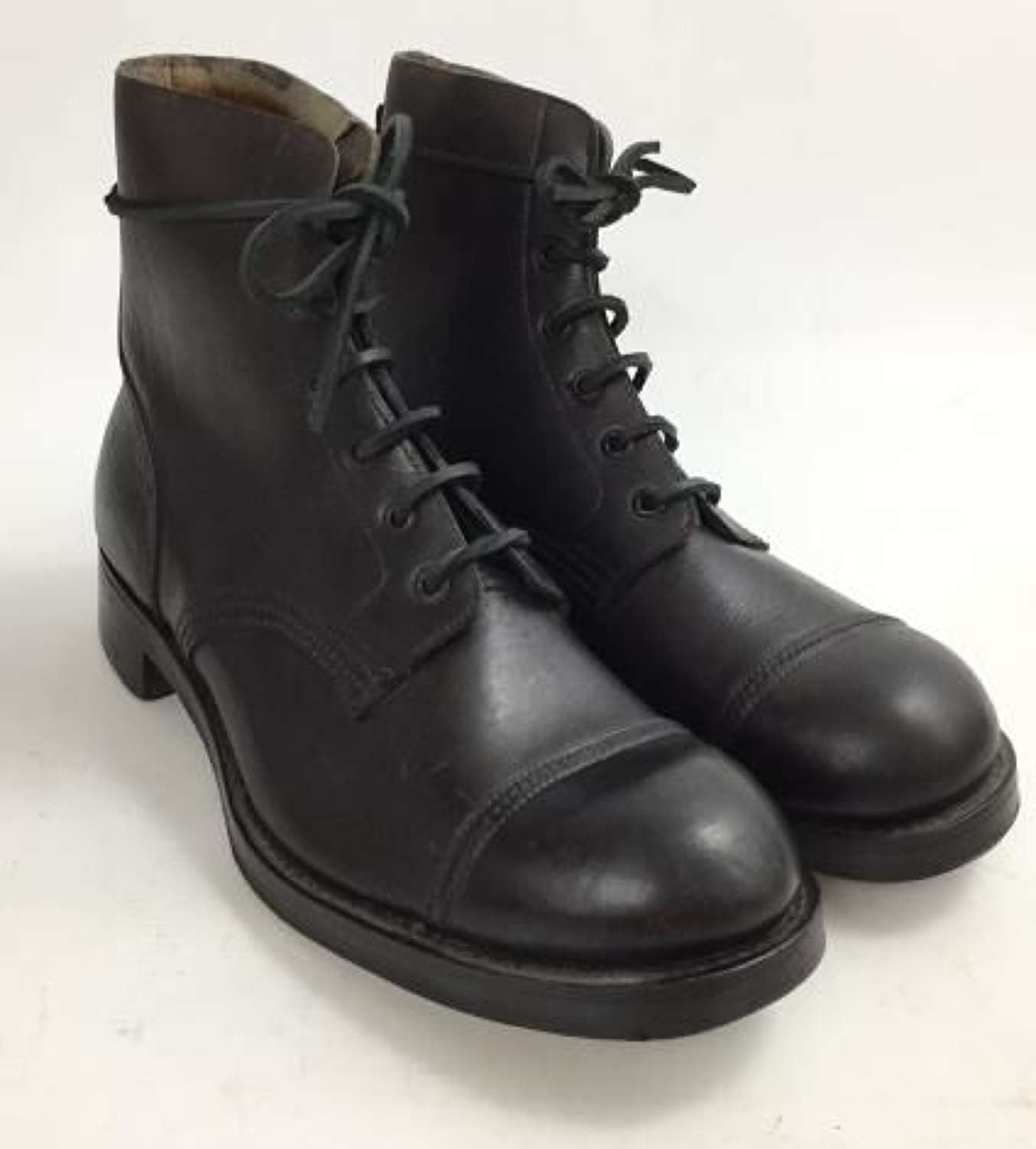 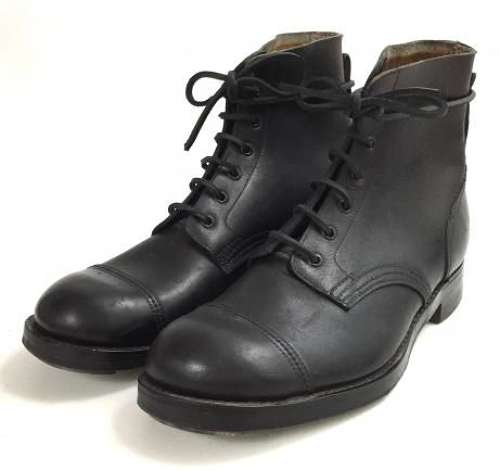 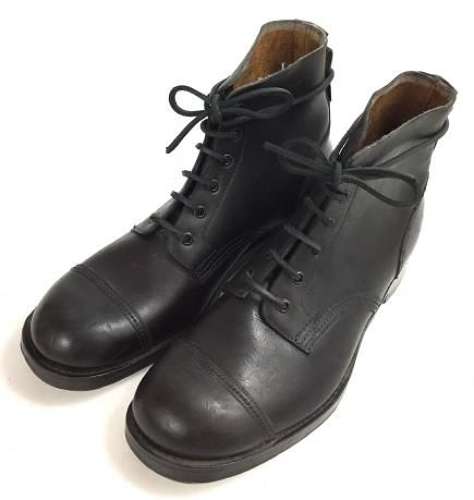 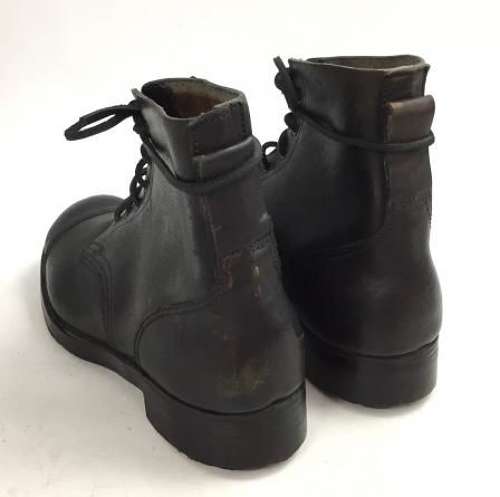 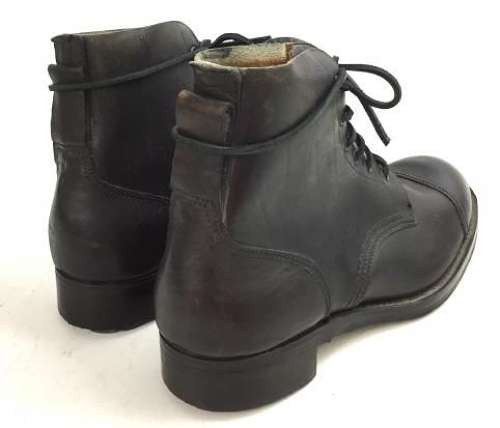 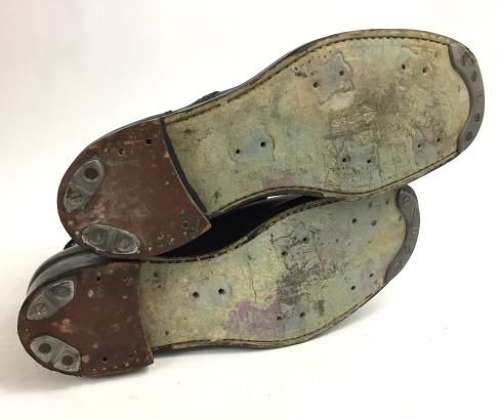 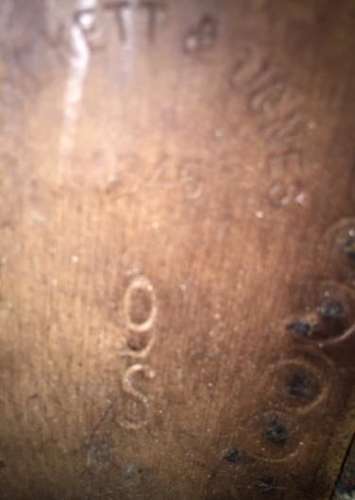 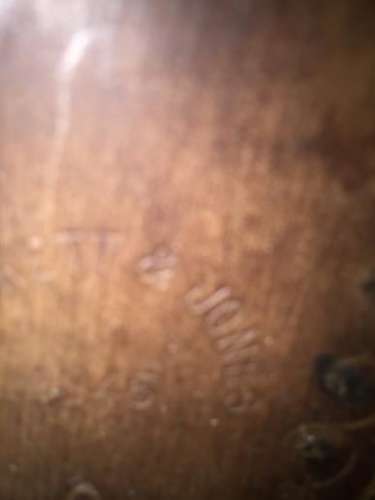 These boots are British made and appear to be a black version of the Jungle Boot. Jungle boots are usually brown making this pair an interesting piece. They feature the smooth leather outer and the same soles as the jungle boots as well as the loop to the rear of the boot.

Inside the boots are maker marked ‘Crockett & Jones’ in an arch which surmounted the 1945 date. Below this is the size which is ‘9S’. This can all be seen in the picture supplied, albeit not the worlds greatest photo!

The condition of the boots is fantastic. I would have said that they have not been worn or issued as there are no signs of wear the I can see. The soles seem unworn as do the metal toe plates which are affixed to the boots with the correct slotted shoes as used in WW2. The soles also bare the size marking again which is above the War Department broad arrow stamp.

All in all a nice original pair of wartime dated boots in very good condition. These would make a great addition to any WW2 collection or could suit a re-enactor.