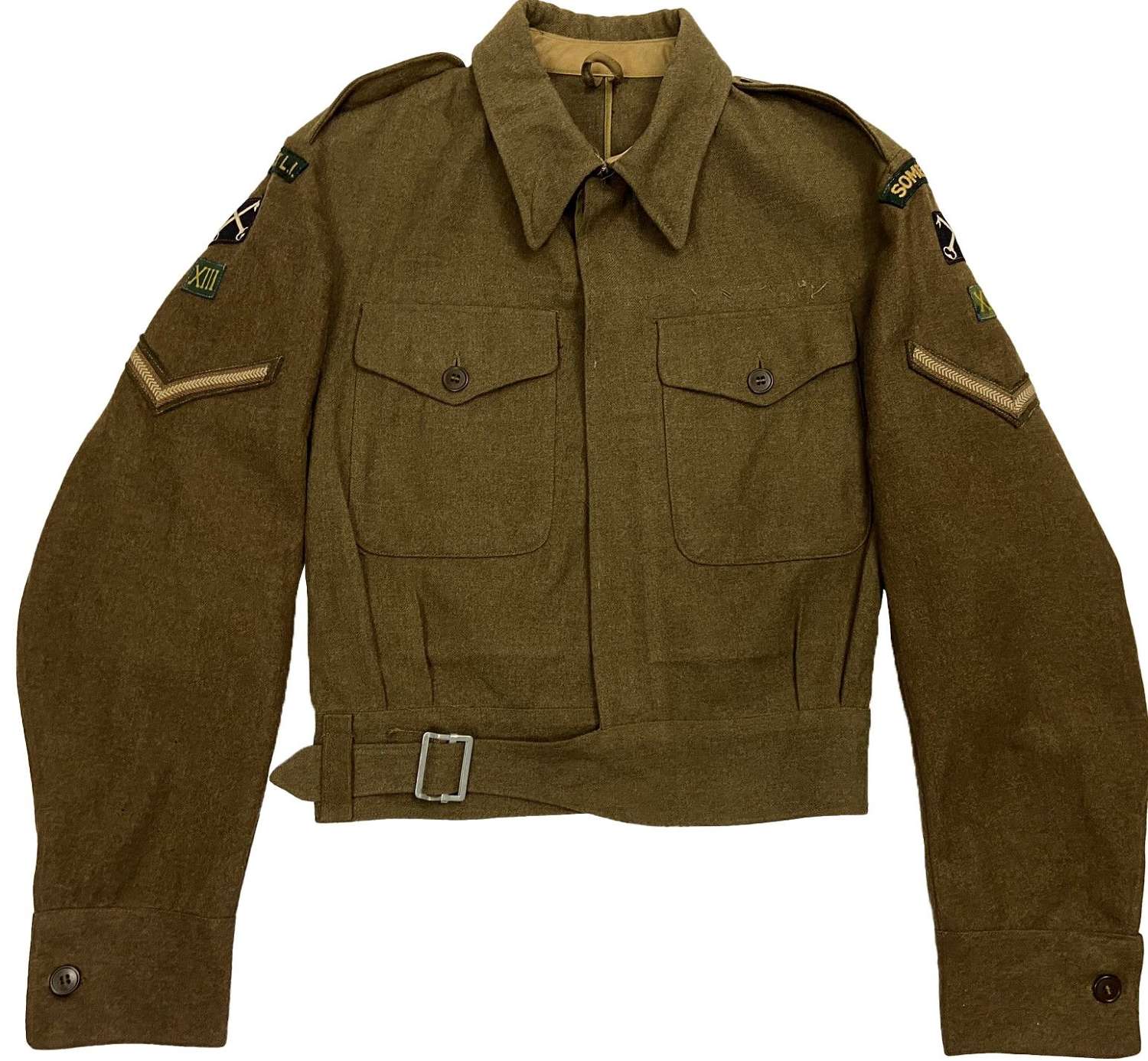 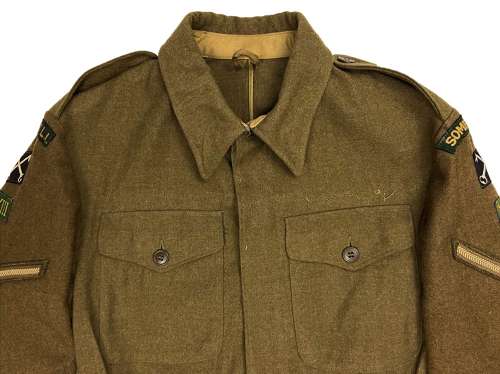 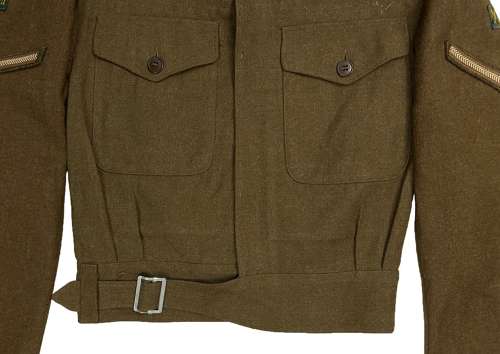 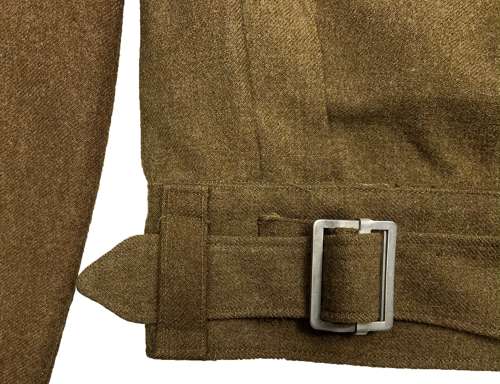 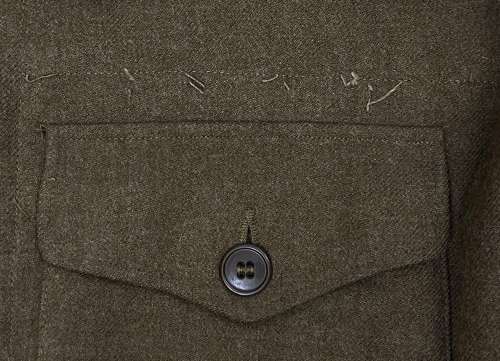 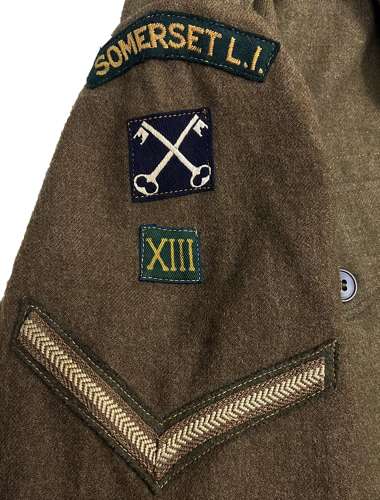 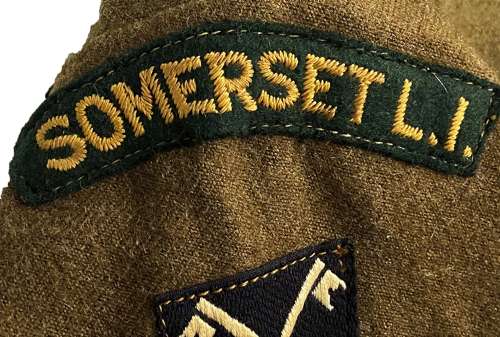 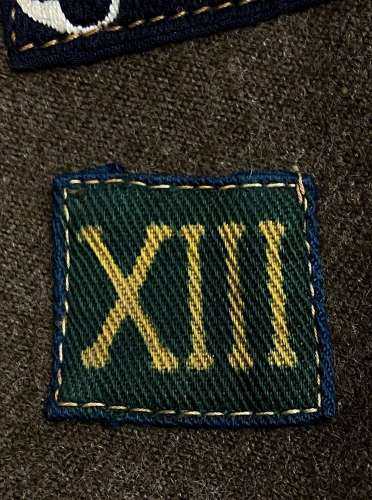 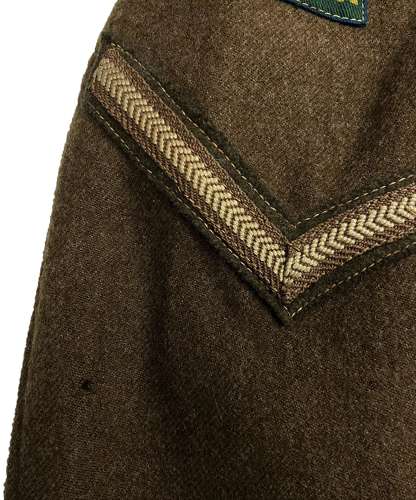 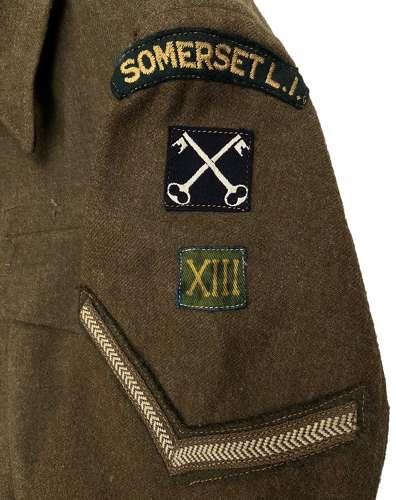 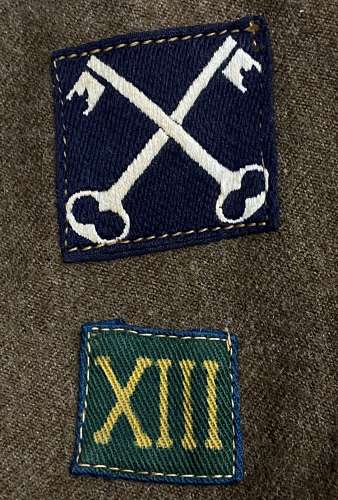 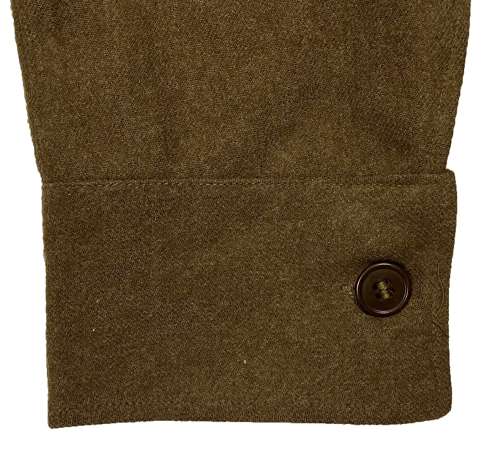 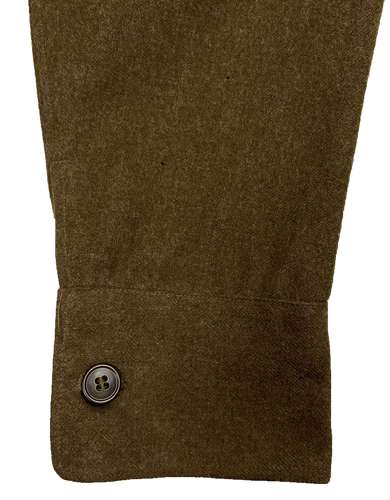 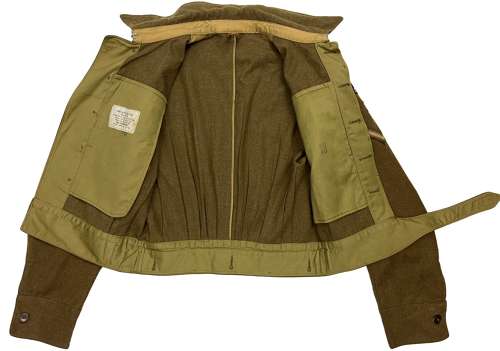 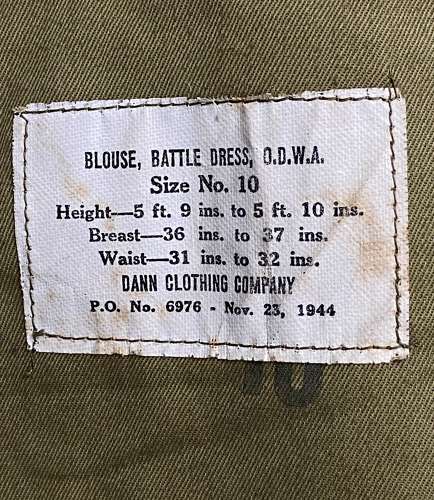 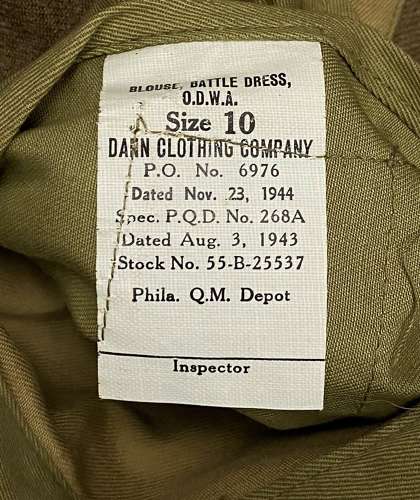 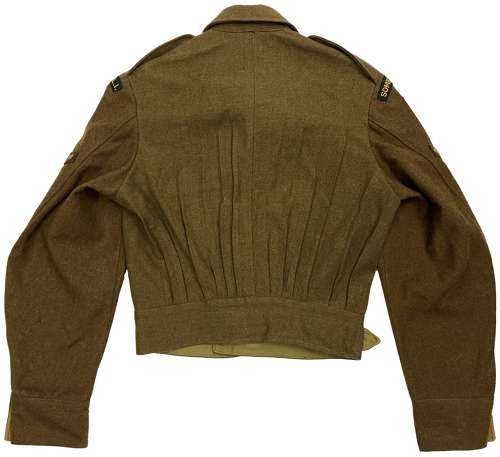 This jacket was made in the United States as part of the Lend Lease scheme. It is based on the standard British battledress blouse introduced prior to the Second World War but has a few key differences. The most notable of these is the exposed buttons on the breast pockets and the fly front fastening which gives War Aid jackets their distinctive look. All the buttons are the same as used on American military clothing of the 1940s and the internal seams are bound with rayon - a practice often seen on wartime manufactured US EM tunics.

The jacket has been fitted with Somerset Light Infantry titles of yellow on green as well as embroidered 2nd Infantry Division formation badges. Below this is the Somerset Light Infantry regimental flash with the roman numerals for 13 denoting the regiment as the 13th regiment of foot. It is a printed example with a blue border as was worn by the 5th. 7th, 10th and 30th battalions during the Second World War. Below these are lance corporal stripes. All the badges have been neatly done and all added with matching stitching which suggests that they are all period additions and not recent.

Inside the jacket both the original labels are present. The first is the usual label which is stitched to the inside pocket. It states the title as 'Blouse, Battle Dress, O.D.W.A' and the manufacturer's name as 'Dann Clothing Company'. The size of 10 is present as is the date of 23rd November 1944. To the interior of the inside pocket is a second label of the same style usually found on US made items. It bears many of the same details as the main label but also states the pattern date of Aug 3rd 1943.

The jacket is in very good condition for its age as can be seen in the pictures. It was no doubt intended as a 'best' jacket, possibly for walking out. There are a couple of small moth nips as shown in the pictures but overall it displays very well.

A nice original wartime jacket with some interesting badges.