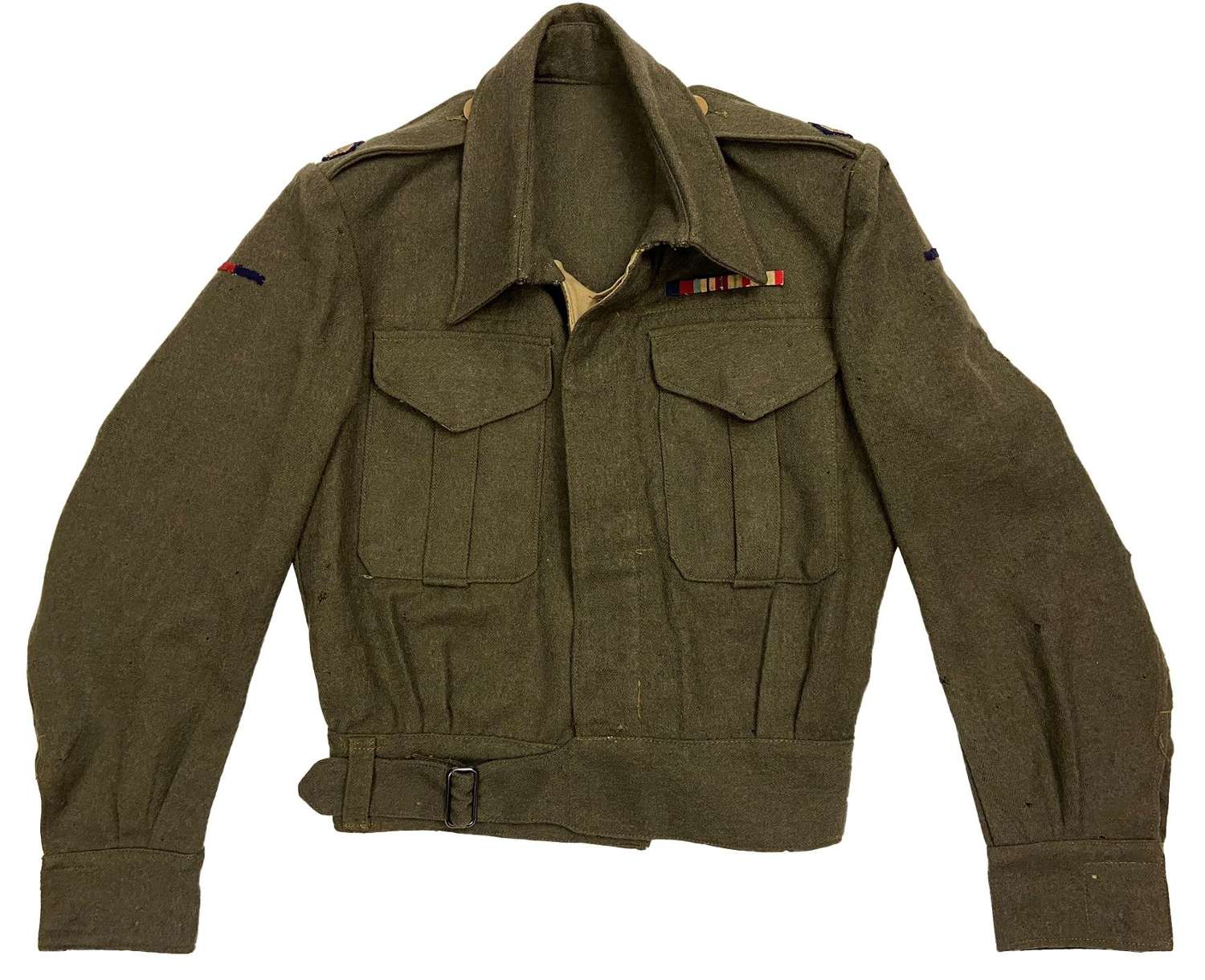 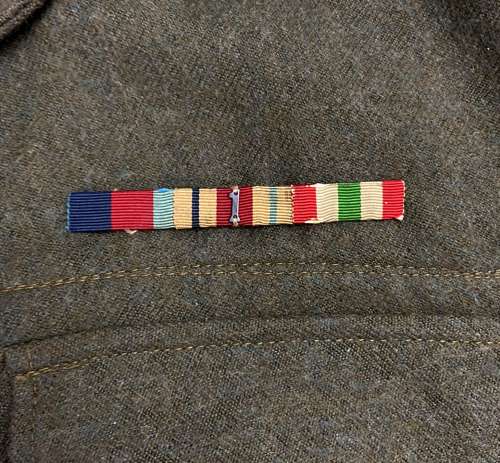 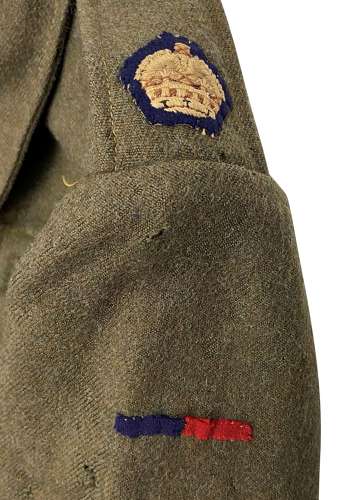 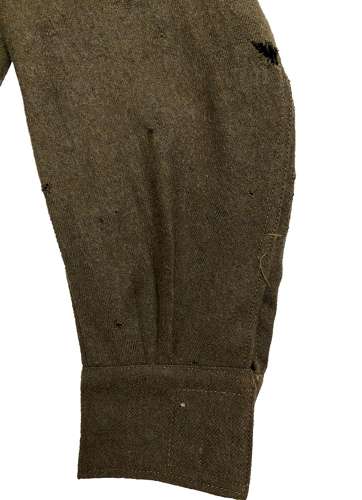 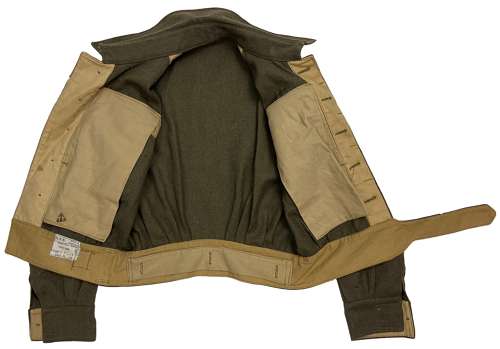 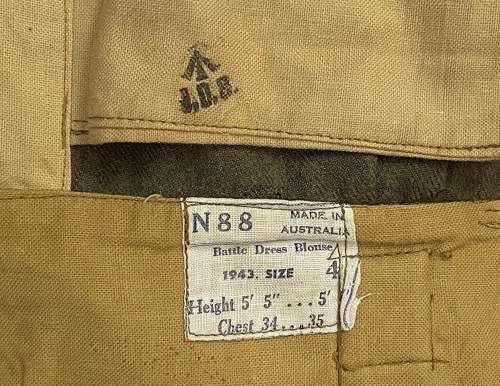 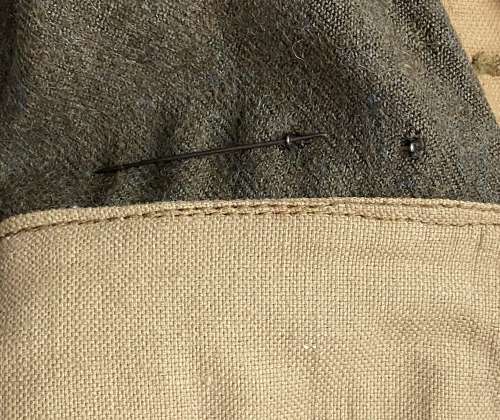 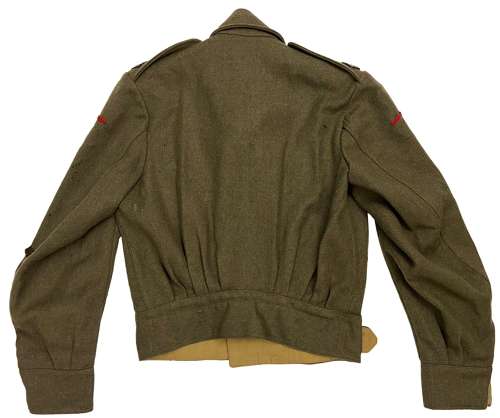 An original Australian made Battledress Blouse which belonged to Major Hymans 108671 who served with the Royal Engineers during the Second World War.

The jacket is an Australian made example. It is very common to find commonwealth made uniform attributed to soldiers who served in the Middle East and Italy and it was often sought-after by officers. The jacket is made from serge wool which is of a greener hue than the British made examples. It features an Australian style waist buckle and buttons and the lining is also typical of Australian BD. The jacket is fitted with Royal Engineers majors crowns to the epaulettes and simple RE arm of service stripes to each sleeve. Medal ribbons are fitted to the chest and held in place with a pin as illustrated in picture 7. All the insignia is clearly original to the jacket.

Inside the jacket the original label is still present and bears the size of 4 and the date as 1943. The words 'Made in Australia' are present as are details pertaining to size.

The jacket is in distressed condition and has suffered some damage over the years. I have included pictures of the worst affected areas but please take time to study the pictures. The condition has been reflected in the price.

Whilst not the finest example of a battledress jacket it is an original wartime example complete with its original insignia. This would make a nice addition to any collection!