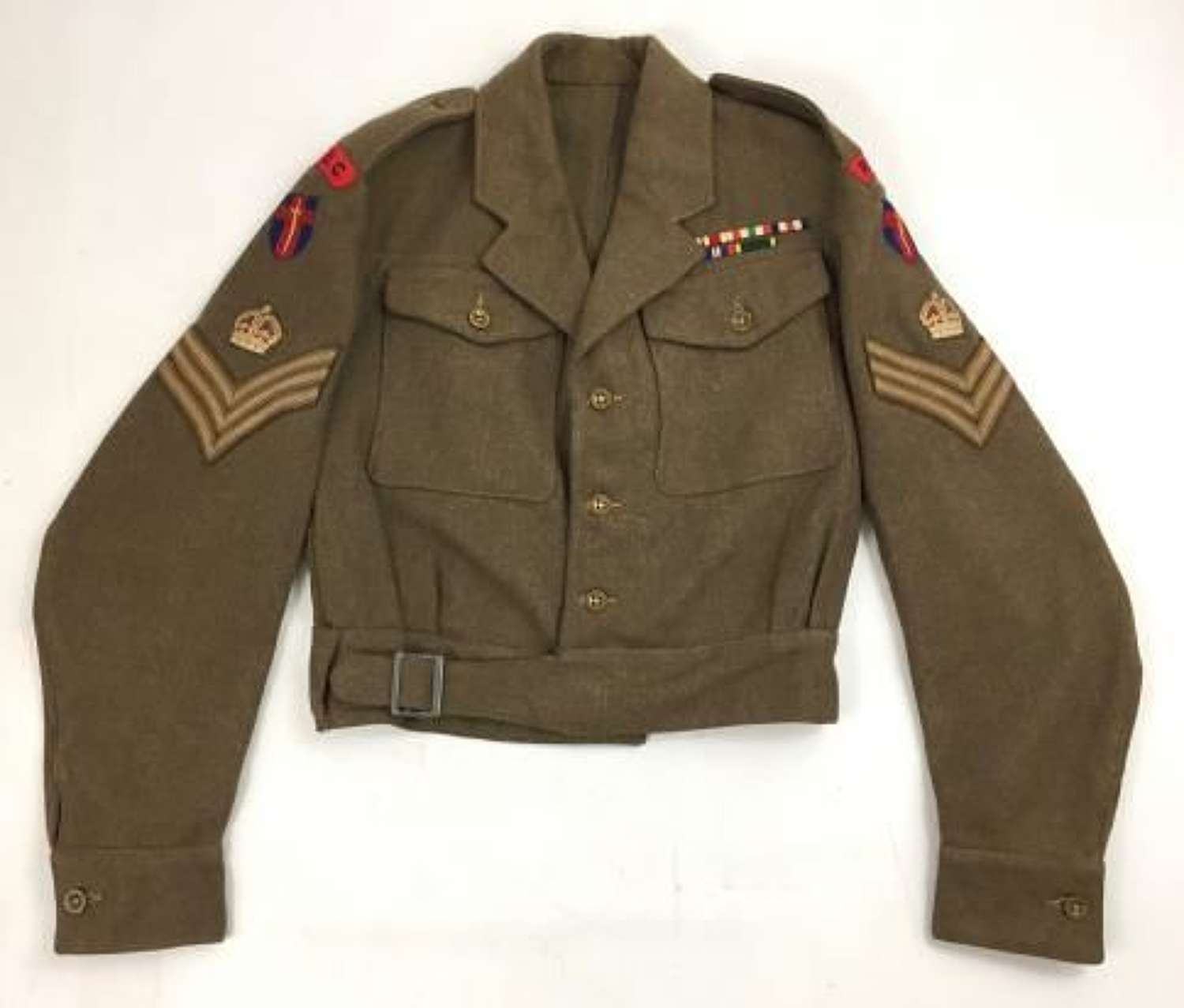 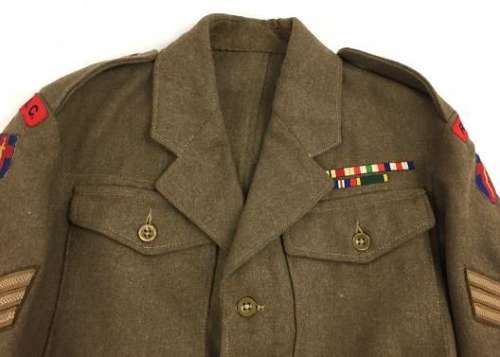 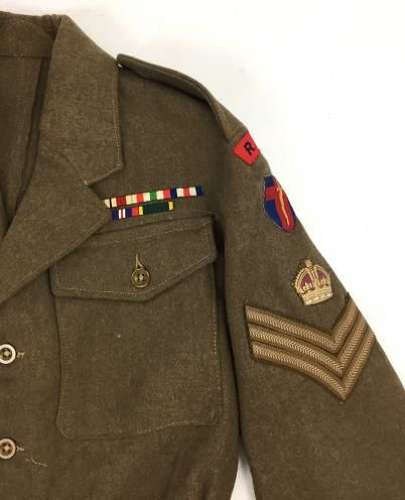 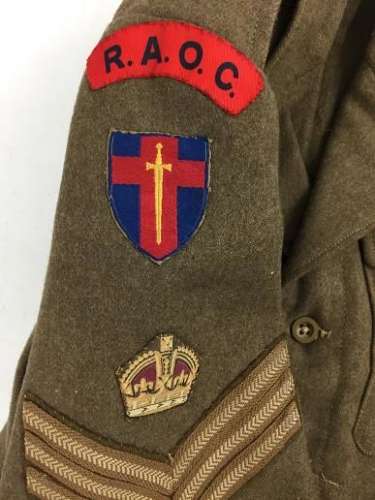 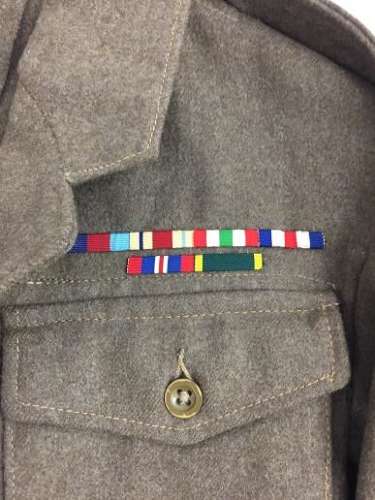 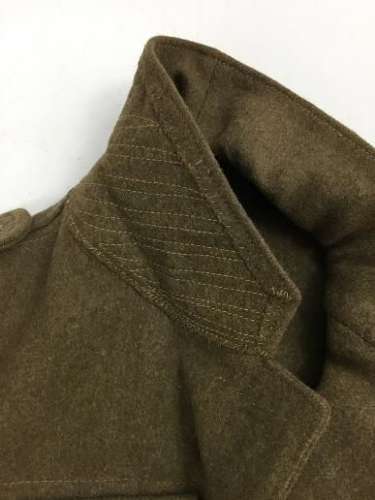 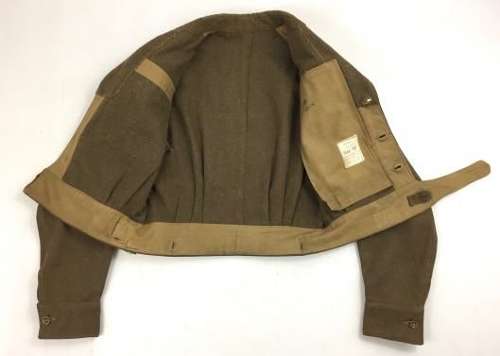 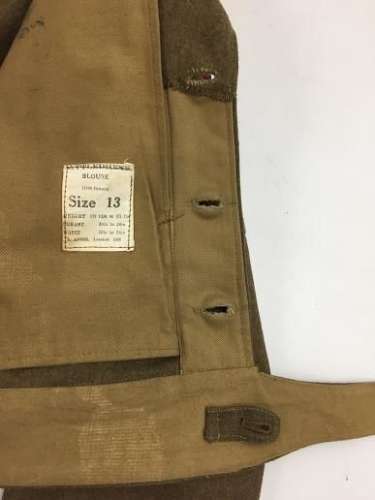 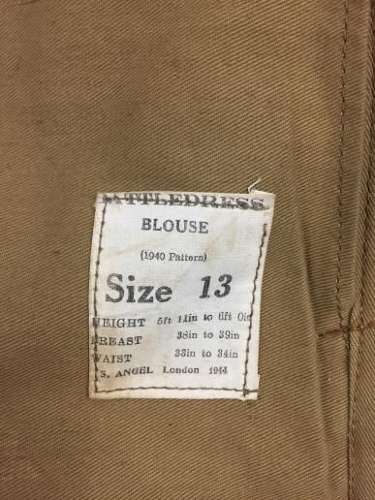 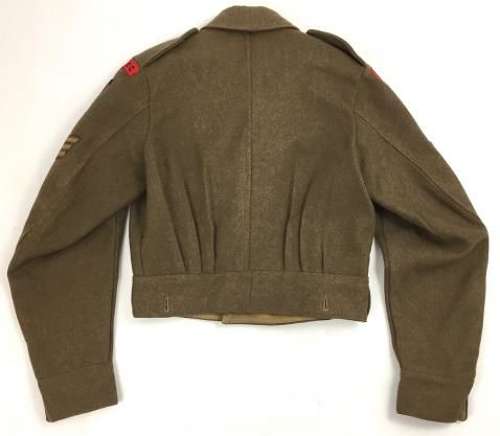 This is an incredibly original blouse with beautiful original insignia which consist of printed RAOC shoulder tittles, embroidered HQ 21st Army Group insignia below this followed by a printed crown above a standard pair of sergeant stripes. This mix of printed and embroidered insignia is what really makes the jacket authentic with the selection being typical of the period. The printed crown above the stripes is my particular favourite feature.

The jacket has also been very nicely tailored which again ties in with the period of the jacket and also the rank. The collar has been tailored to be worn 'open-faced' as became popular towards the end of the war when shirts and ties came into issue. The work on the collar is stunning and it was clearly done by a skilled professional. As well as being faced, a small tab made from serge (almost certainly left over from the collar conversion) has been added to the waist which fastens to a button on the corresponding side and is yet another typical period feature to find on an original tailored battledress.

A set of medal ribbons have been very neatly added to the chest and I suspect they may have been done at the same time that the jacket was tailored. They show that the original owner had a long wartime career serving in the Western Desert, Italy and France and Germany. This long service ties in well with the rank and is another nice detail which ties the jacket together.

Inside the jacket the original label is still present and states the size as No.13 and the maker as 'S. Angel' which is an uncommon one to find. It also bares the 1944 date.

The condition of the jacket is extremely good and it displays very nicely indeed. There are no signs of undue wear or damage and no serious faults anywhere as far as I can see. The serge material still retains a good amount of its 'nap' and the lining materials are clean for their age.

Altogether this is a stunning original battledress which would make an excellent addition to any WW2 British Army collection without a shadow of a doubt!