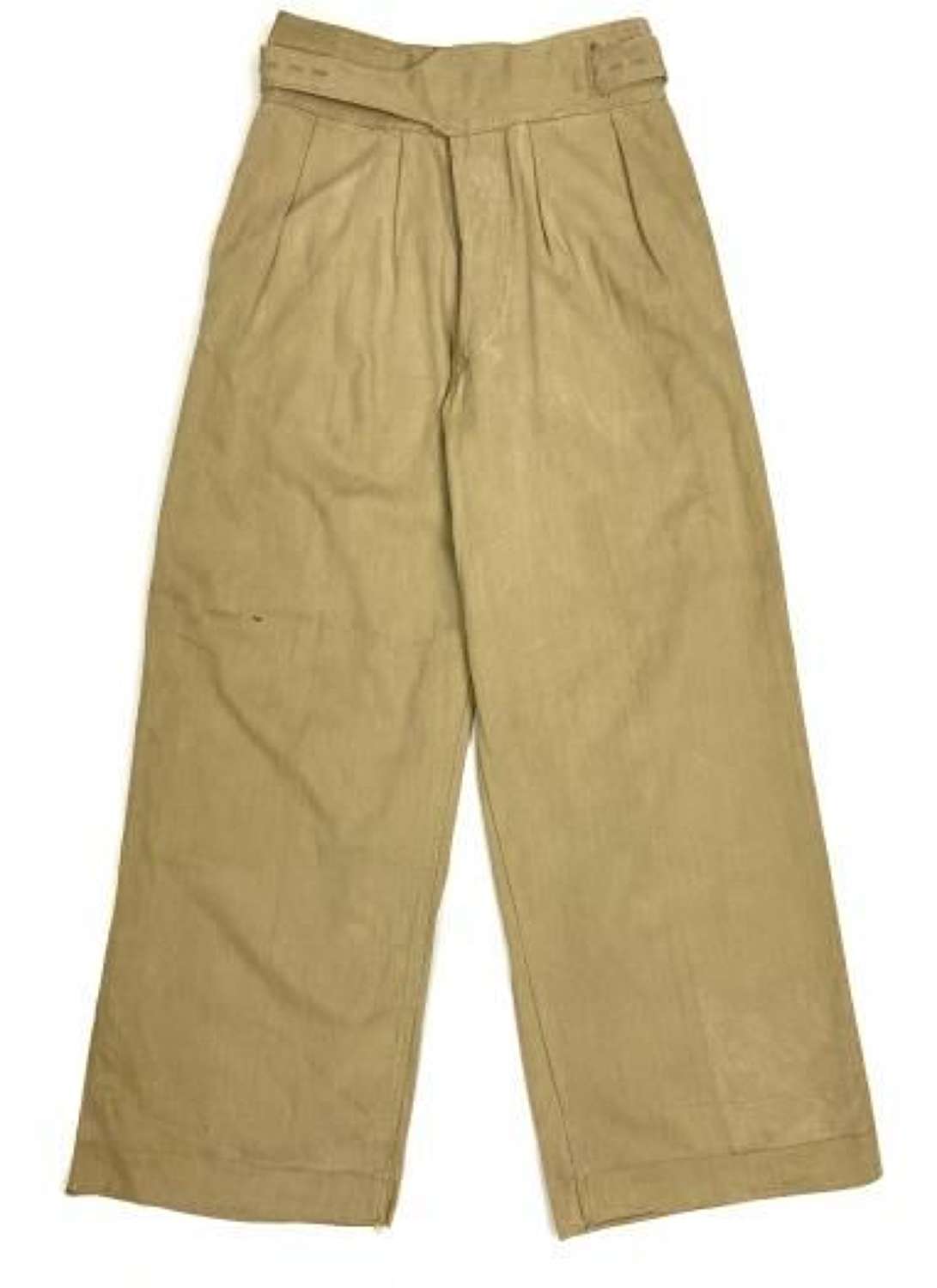 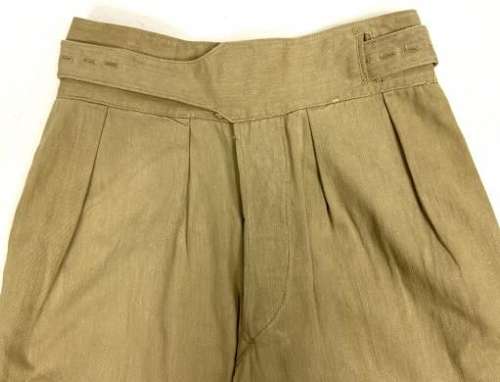 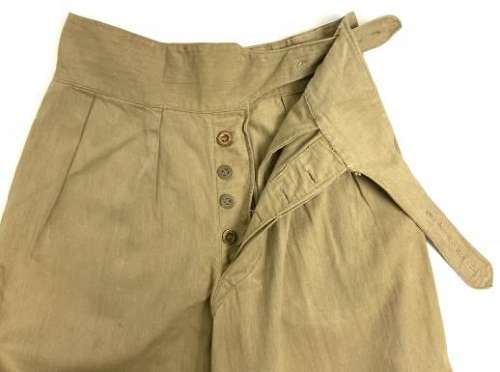 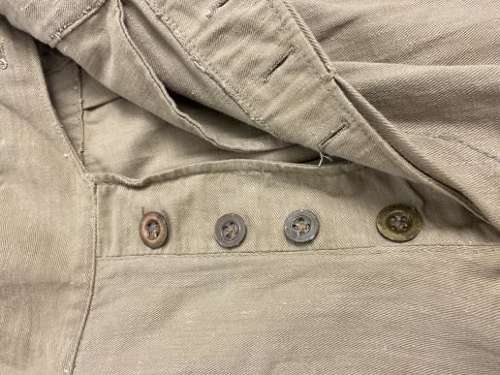 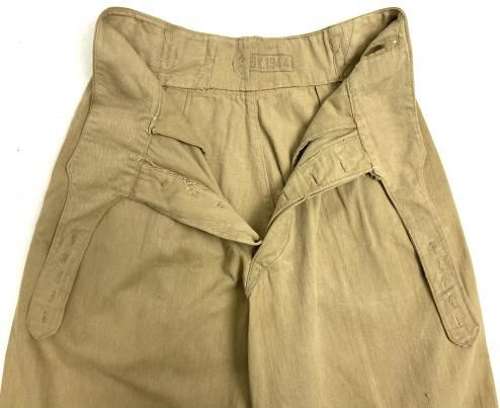 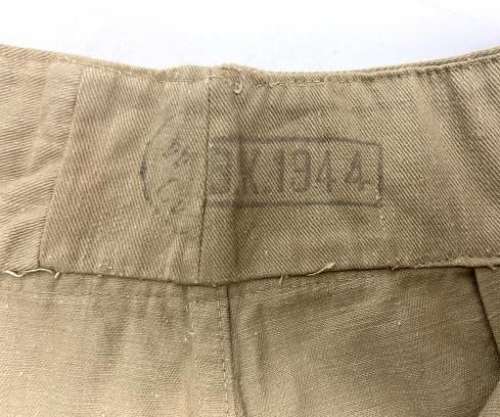 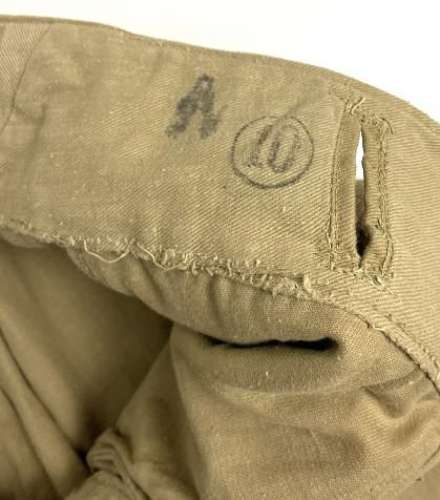 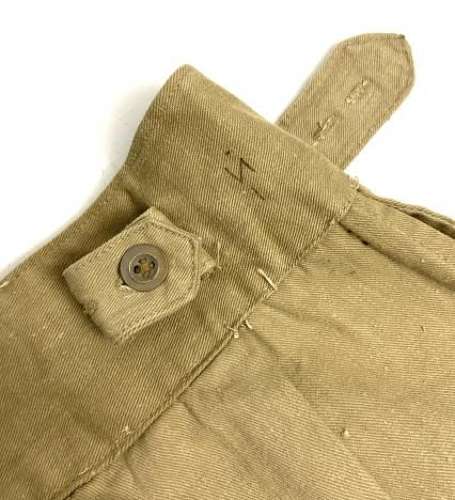 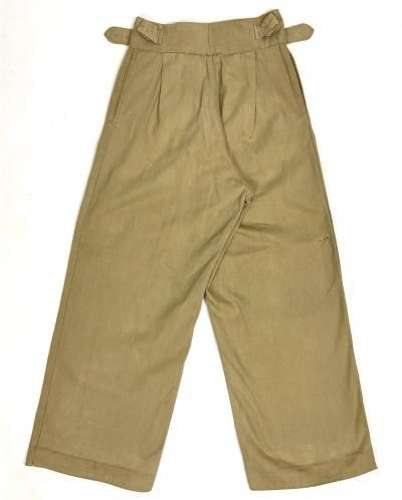 SOLD
An original pair of British Khaki Drill Trousers made in India and clearly dated 1944.

This pattern of trousers came into issue with the British Army and RAF towards the end of the Second World War and feature the cross belt closure to the waist and slash pockets to the hips.

As with a lot of wartime KD items, these trousers were made in India. Indian manufactured Khaki Drill items saw widespread issue with British troops throughout the Second World War in the Middle East, Far East and Italy amongst other places. This pattern was issued to the British Army and RAF.

Inside the trousers retain their original makers stamps. The standard Indian circular stamp is present and features the number '44' which relates to the year of manufacture. A second larger stamp is also present which states the manufacture as .'B.K' and again the year as 1944.

The trouser retain their original metal Indian pattern buttons to the waist adjusters and some to the fly. Those that are missing have been replaced with period stamped brass examples. Sadly the waist buckles aren't present with the trousers but these can be sourced.

The trousers are a small size which are adjustable at the waist due to the cross belt design. When laid flat they measure -

The trousers are in good condition as can be seen in the pictures. They display well and are still very wearable. There are a couple of small stains and some signs of wear as is to be expected with a vintage pre-owned item such as this. Please study the pictures as they form part of the description.

Altogether a nice early example of the cross belt design with a very clear date. These would make an excellent addition to any collection!