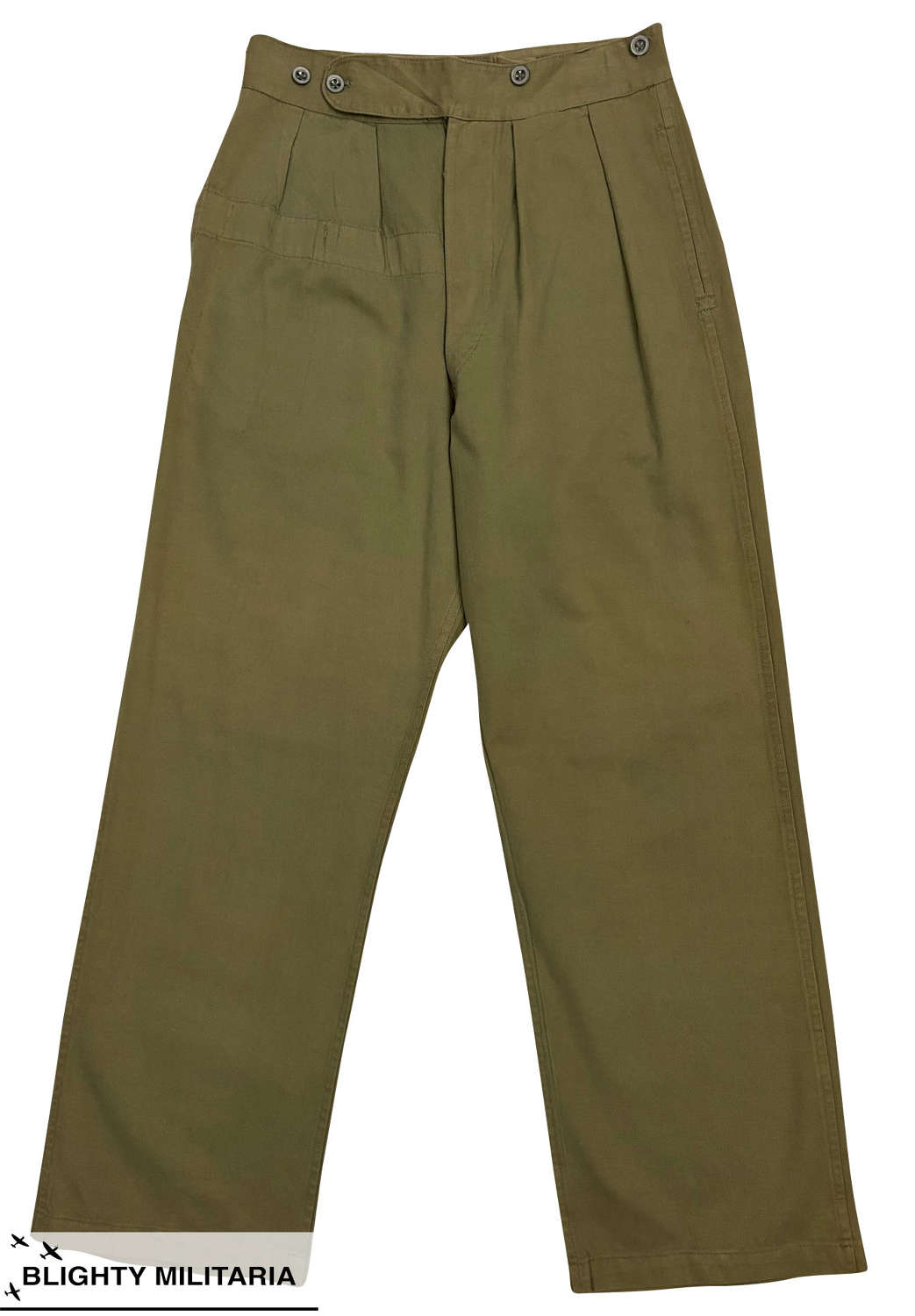 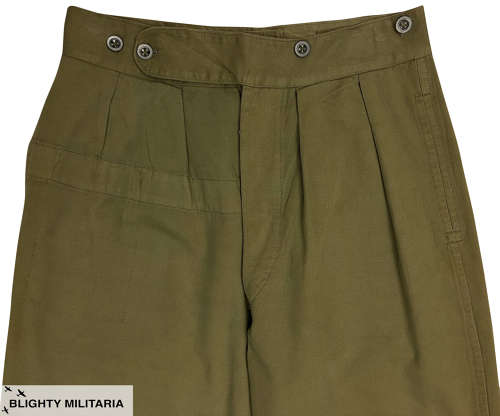 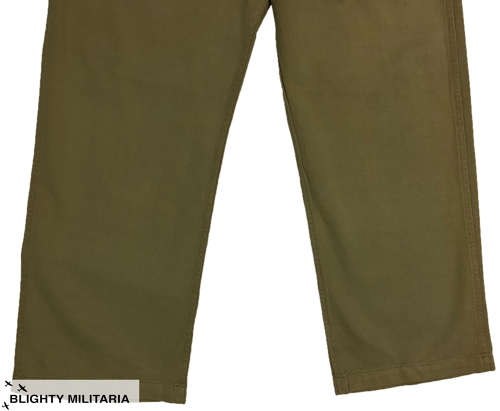 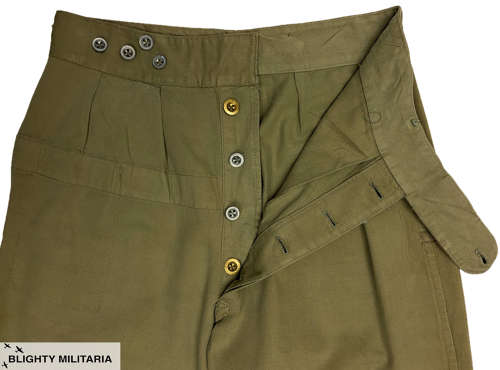 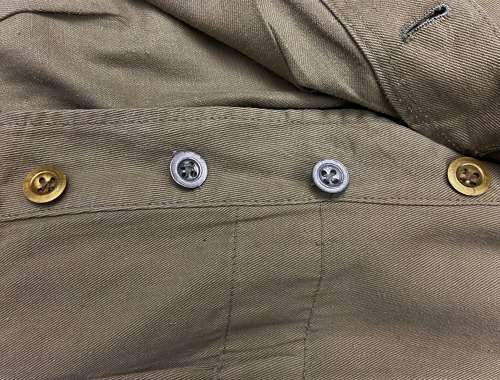 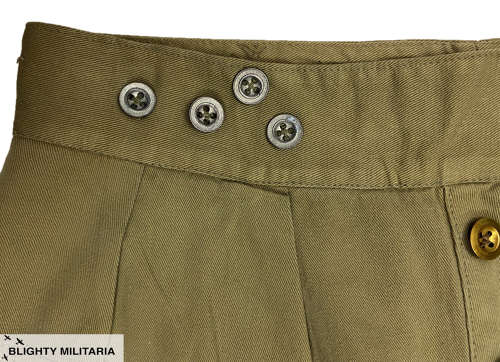 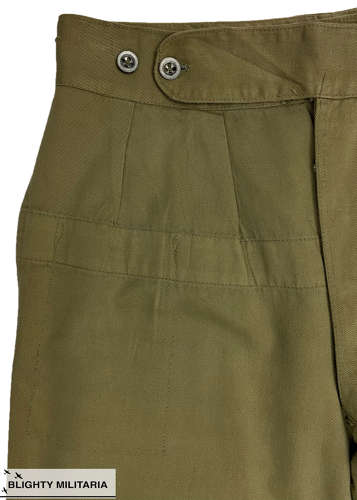 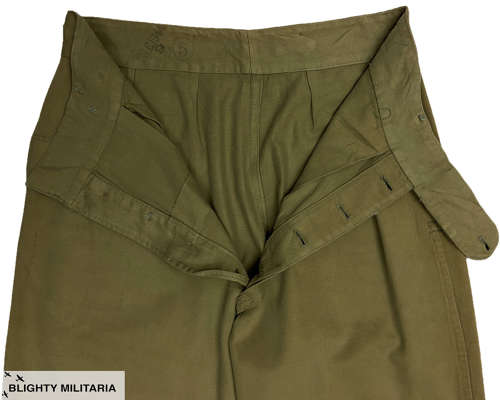 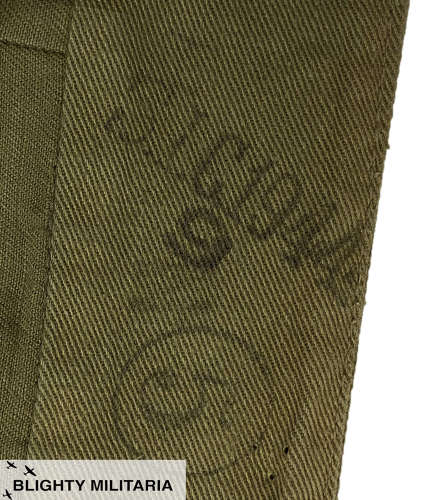 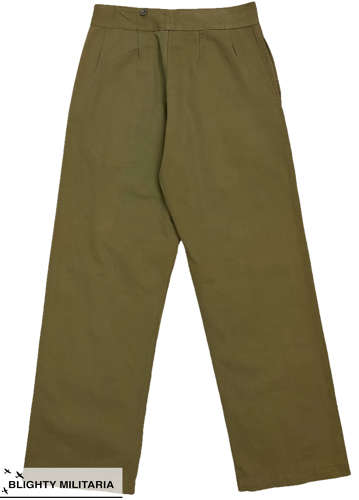 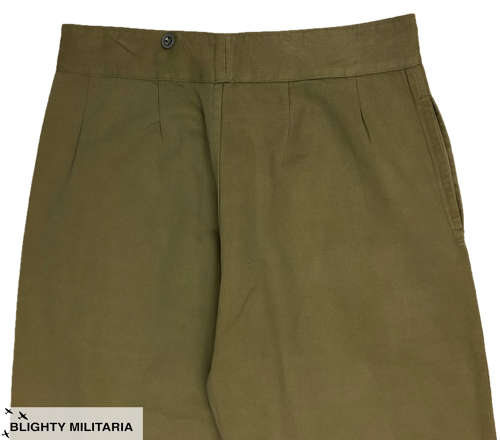 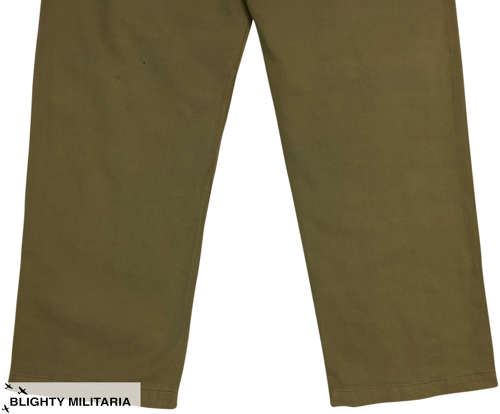 This pattern of trousers was produced from 1943 onwards and saw widespread issue in various campaigns including in the Italian Campaign. Many items of Khaki Drill were produced en-masse in India during the Second World War leading to a more widespread issue than British made examples.

The trousers are made from a khaki coloured cotton drill and feature a button fly which has a tab to the top. This tab has three buttons along the waistband to which it can be fastened, allowing for some flexibility for the waist size. All the buttons are the galvanised iron style often used on Indian manufactured items during this period, save for two of the fly buttons which have been replaced with British stamped brass buttons. Originally the trousers would have had a first field dressing pocket to the right hip although this has been removed. It was not uncommon for these pockets to be removed, particularly by officers and for walking-out purposes.

The original date stamp is still present on the inside of the waistband and reads '1944' The size is also marked as 5. The trousers will suit someone with a 29" waist and when laid flat they measure -

The trousers are in good condition with only limited signs of wear and age. Overall they are very wearable and display well but please take time to study the pictures and bear in mind that they are a vintage, pre-owned item which may have small issues commensurate with age.