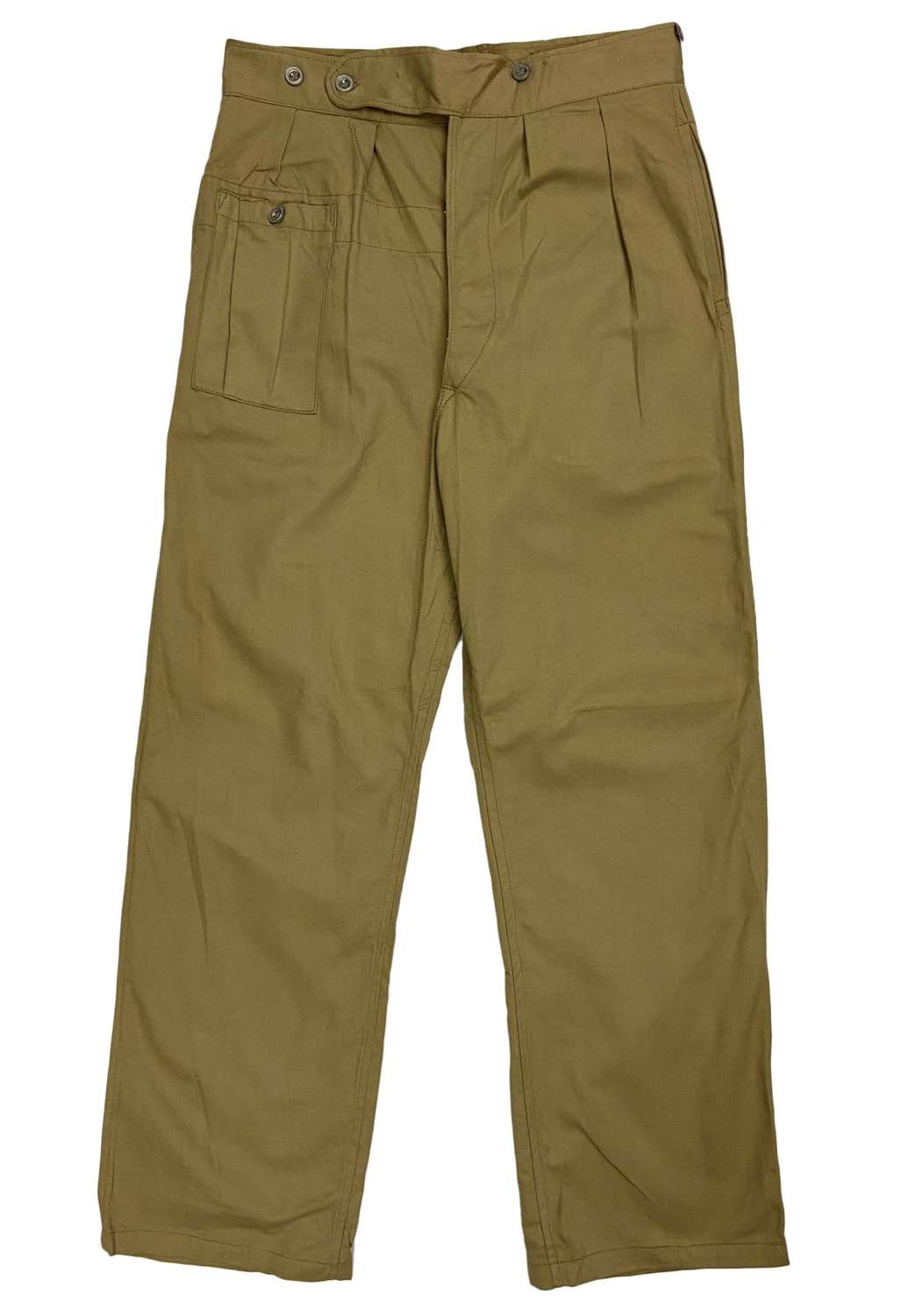 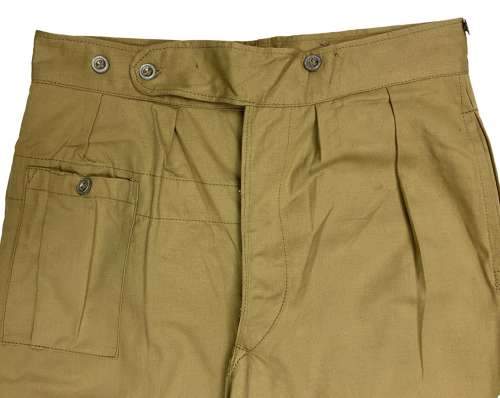 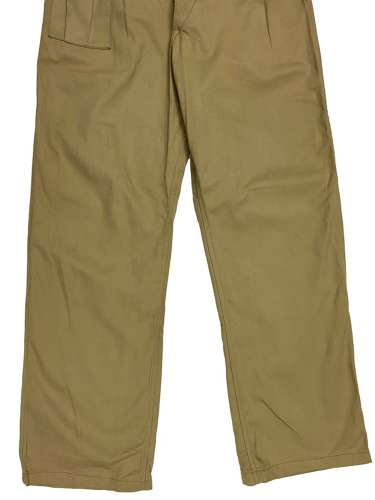 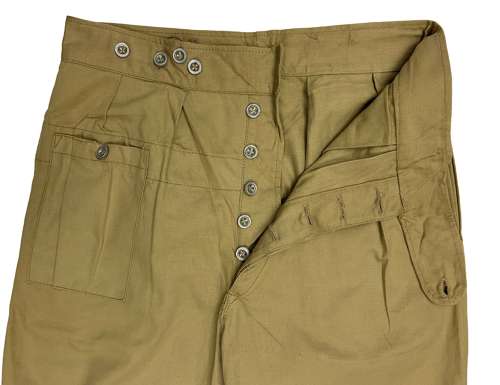 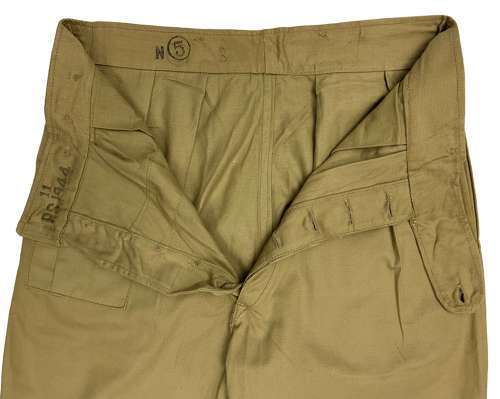 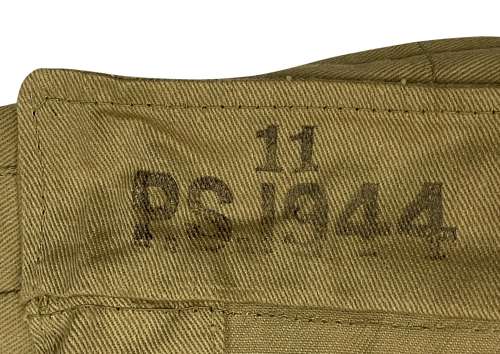 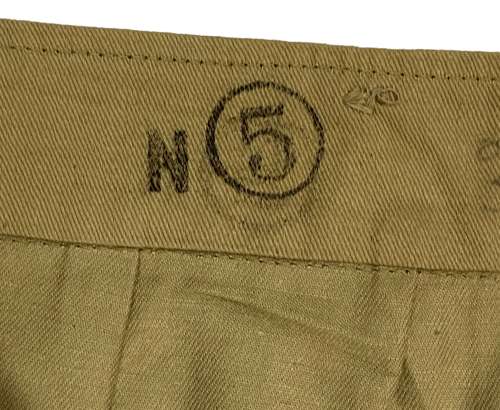 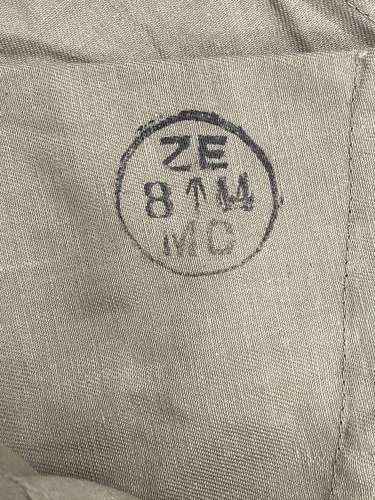 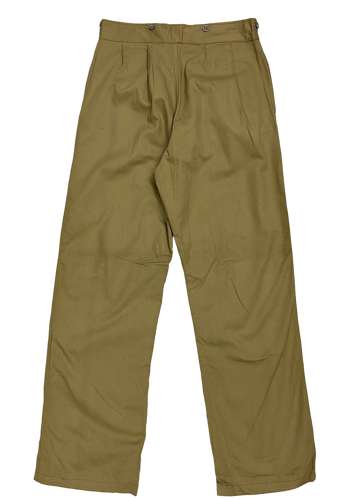 This pattern of trousers were issued to men serving in the British Army and Royal Air Force, amongst other units during the Second World War. Indian made clothing such as this saw widespread issue in both the Middle East and Far East as the supply lines were shorter than shipping from other parts of the world.

Made from a khaki coloured cotton drill these trousers feature stamped zink buttons with ridge and crude stitching which are both hallmarks of Indian made buttons. All the original buttons are present including those for attaching braces to. A First Field Dressing pocket is fitted to the right hip whilst the rear of the trousers features twin pleats as is commonly found on wartime KD trousers.

Inside the trousers the original date stamp is still clear and legible and states the year of manufacture as 1944 and the maker as 'P.S'. Other stamps include the size stamp of '5' in a circle and the usual circular date stamp which bears the War Department broad arrow markings and the date of August 1944.

The trousers are in new old stock, unworn condition and display very well. They do not show any signs of previous wear or use but may have small issues commensurate with age.

A fantastic pair of original wartime KD trousers with a clear date and in extremely good condition. These would be very hard to better!