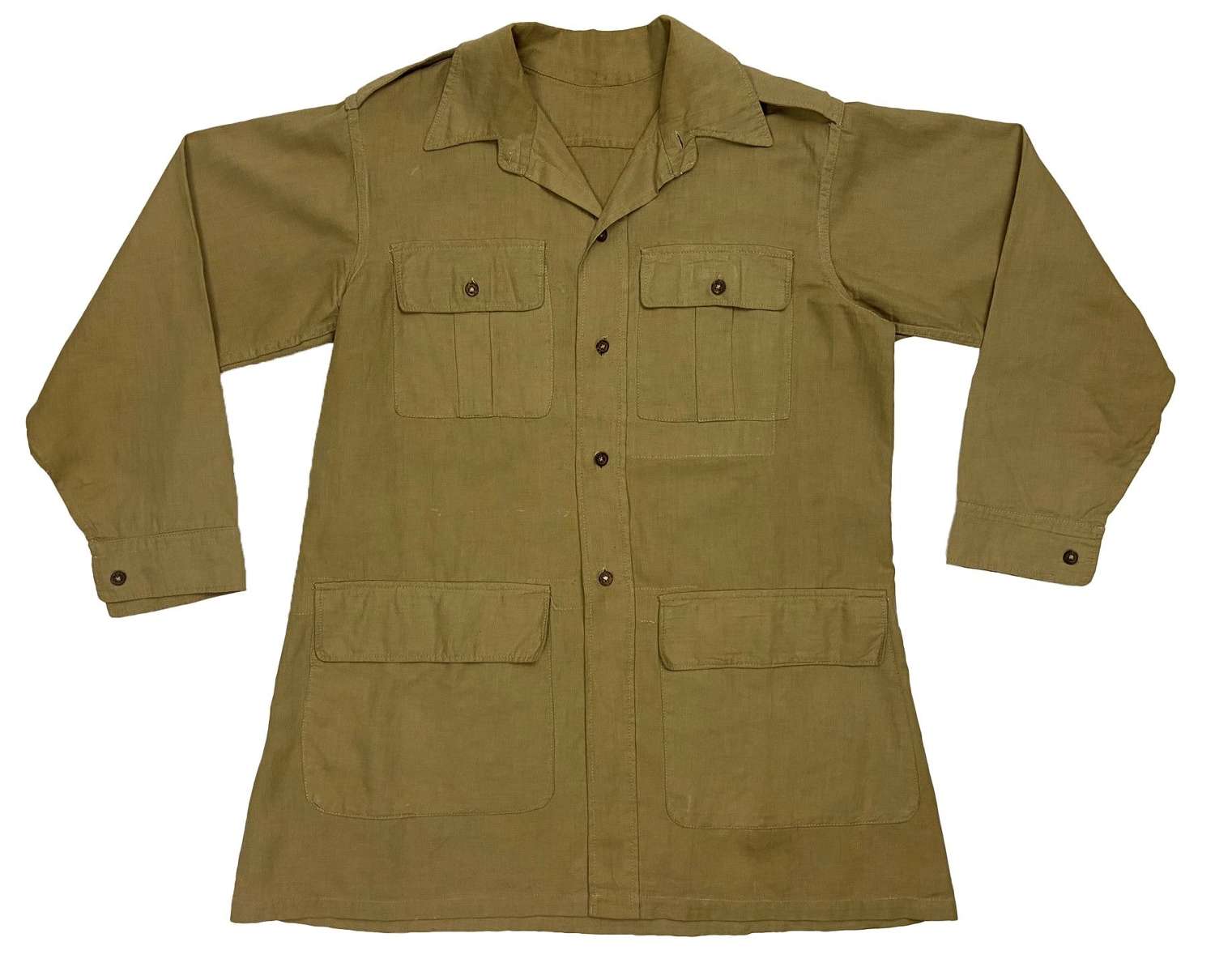 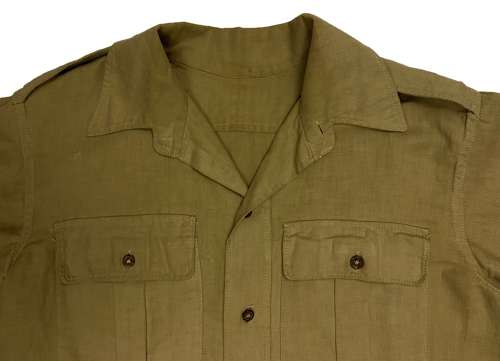 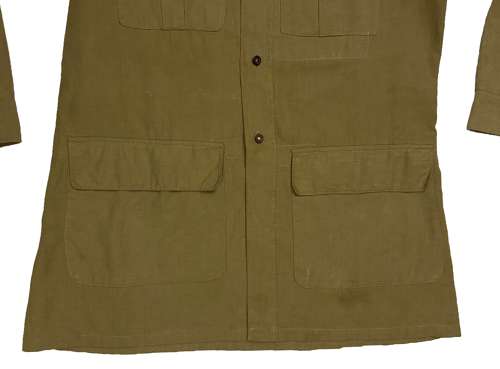 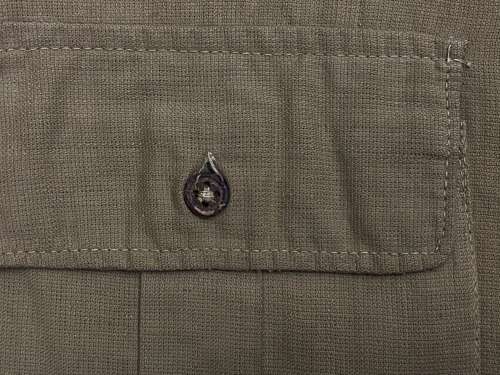 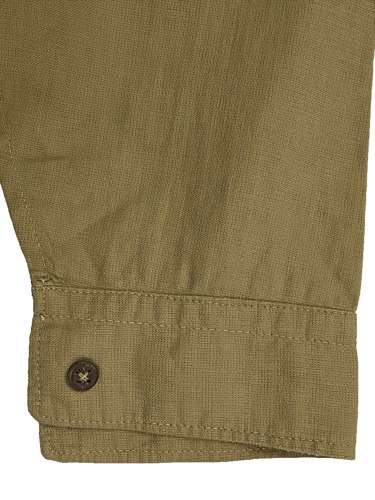 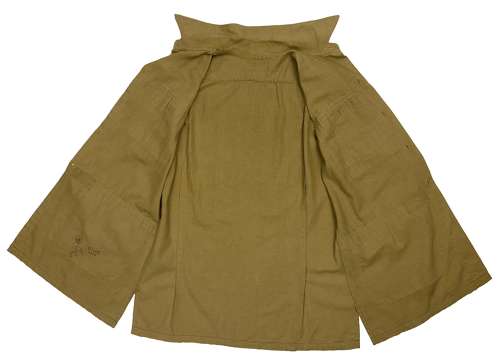 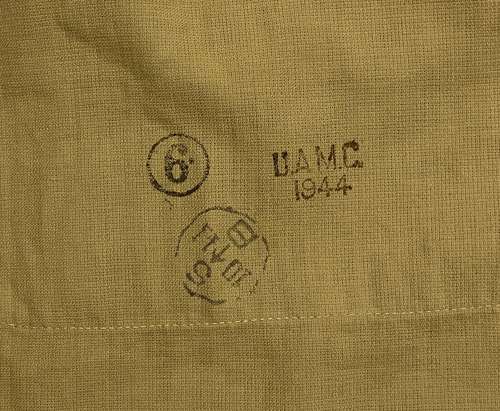 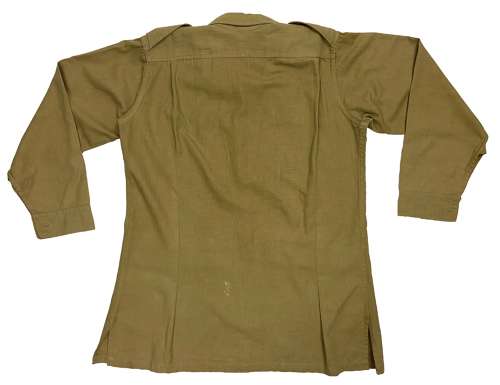 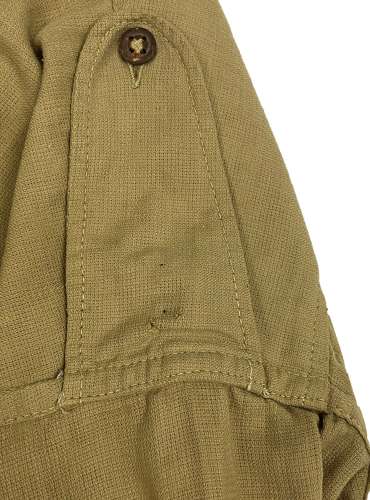 Inside the jacket the original manufacturer's stamp is present and bears the date of October 1944. There is another stamp which bears the numeral '9' and most likely relates to size. As well as this there is a second date stamp which also reads 1944.

The jacket is in sound wearable condition as can be seen in the pictures. It only shows limited signs of wear and displays well. There are a couple of holes to each epaulette which would suggest this original belonged to a British Army officer and there is a mark to the rear.