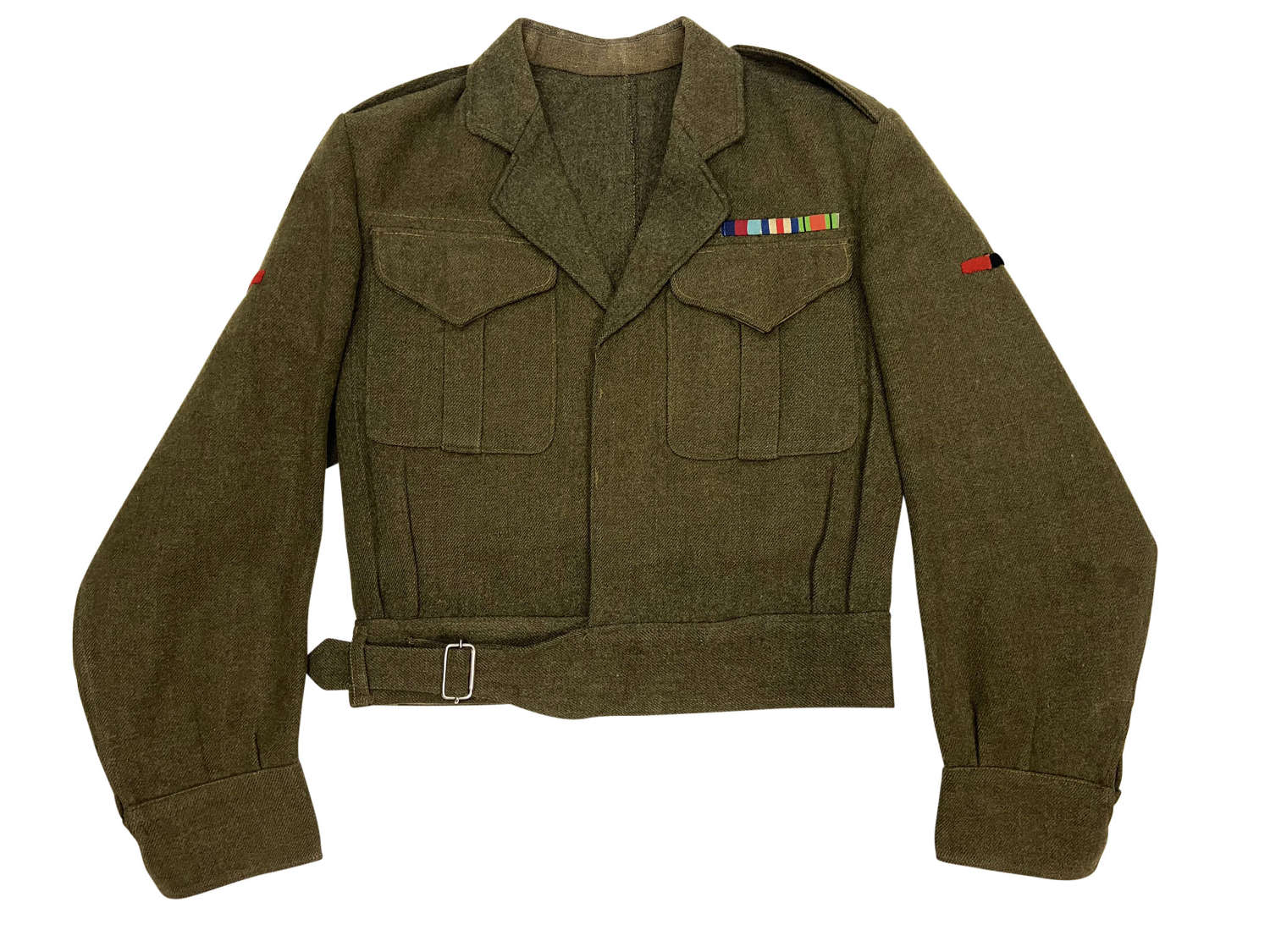 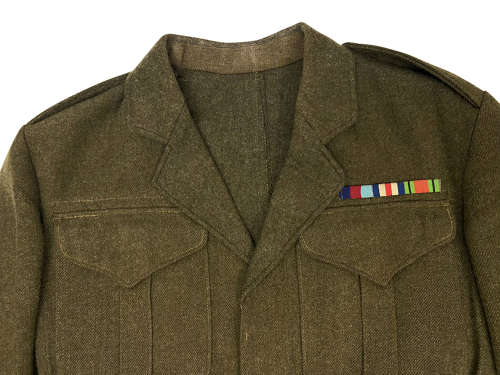 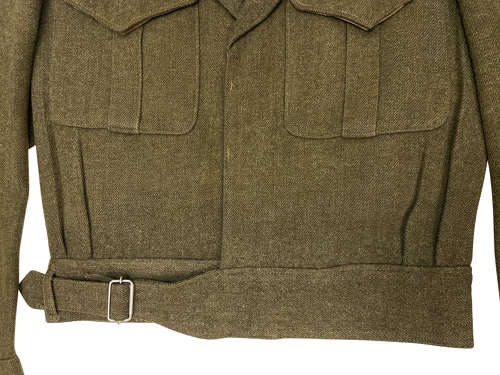 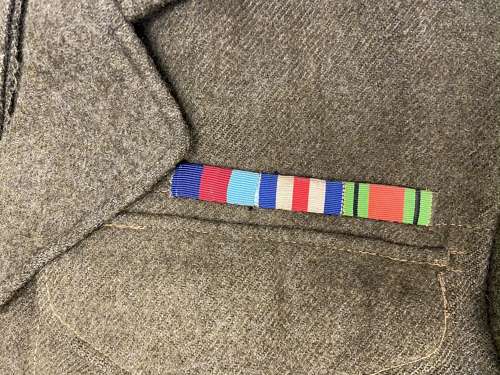 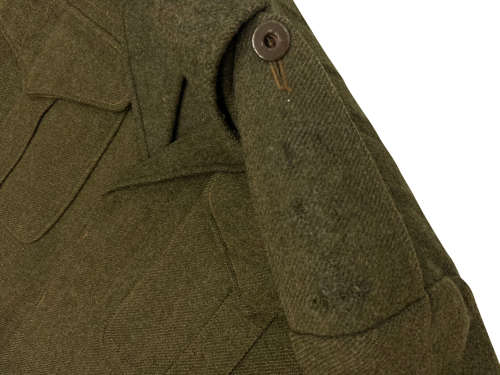 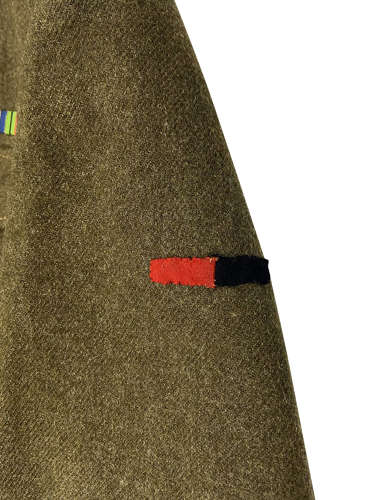 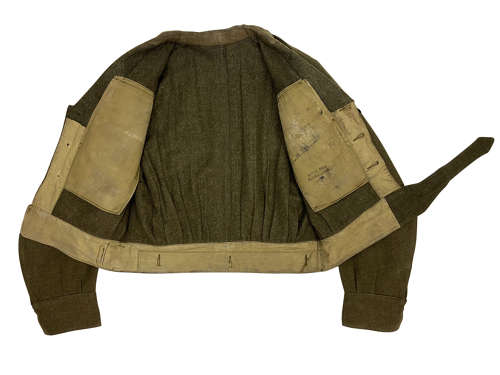 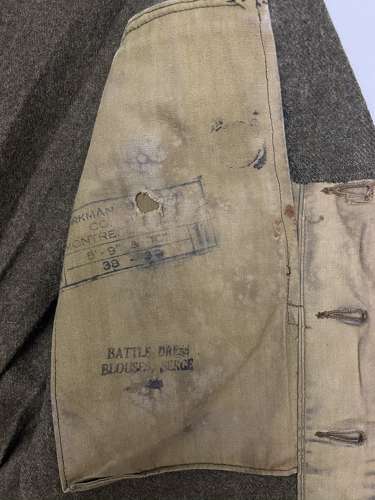 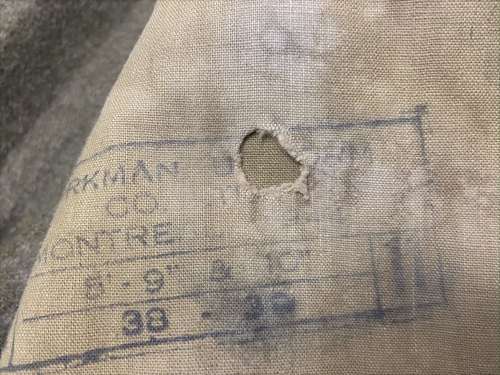 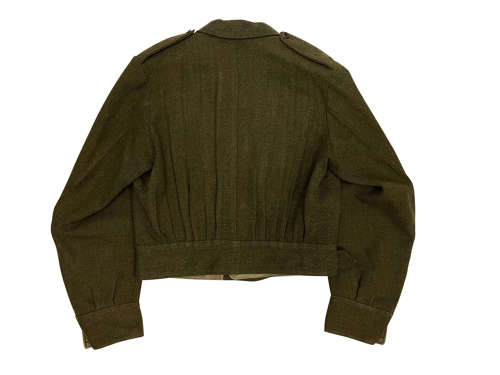 An original Canadian made battledress blouse dated 1944 and complete with Royal Artillery insignia and medal ribbons.

This jacket is typical of those worn by officers in 1944 and 1945. It has had the collar retailed to an 'open face' style which was very popular during this period and has been done using a serge wool of slightly contrasting colour. The sleeves feature original Royal Artillery arm of service badges and the chest bears the medal ribbons including the France and Germany Star which means the original owner fought in North West Europe in 1944-45. The eppauletes show signs of where rank badges were previously which were either captains pips or Lieutenants pips with a regimental title. The spacing would suggest the latter to me.

Inside the jacket the original manufactuers stamp is still present although some sections are less legible than others. The 1944 date is harder to see in the pictures than in person but is there. The size is stated as No.11 which will fit a 38-39" chest.

The jacket is in reasonable condition for its age with some signs of wear and use. The interior pocket is worn around the ink stamp as can be seen in the pictures but generally speaking it displays well.

All in all a nice original Second World War battledress blouse with original insignia. This would make a nice addition to a Battledress collection!