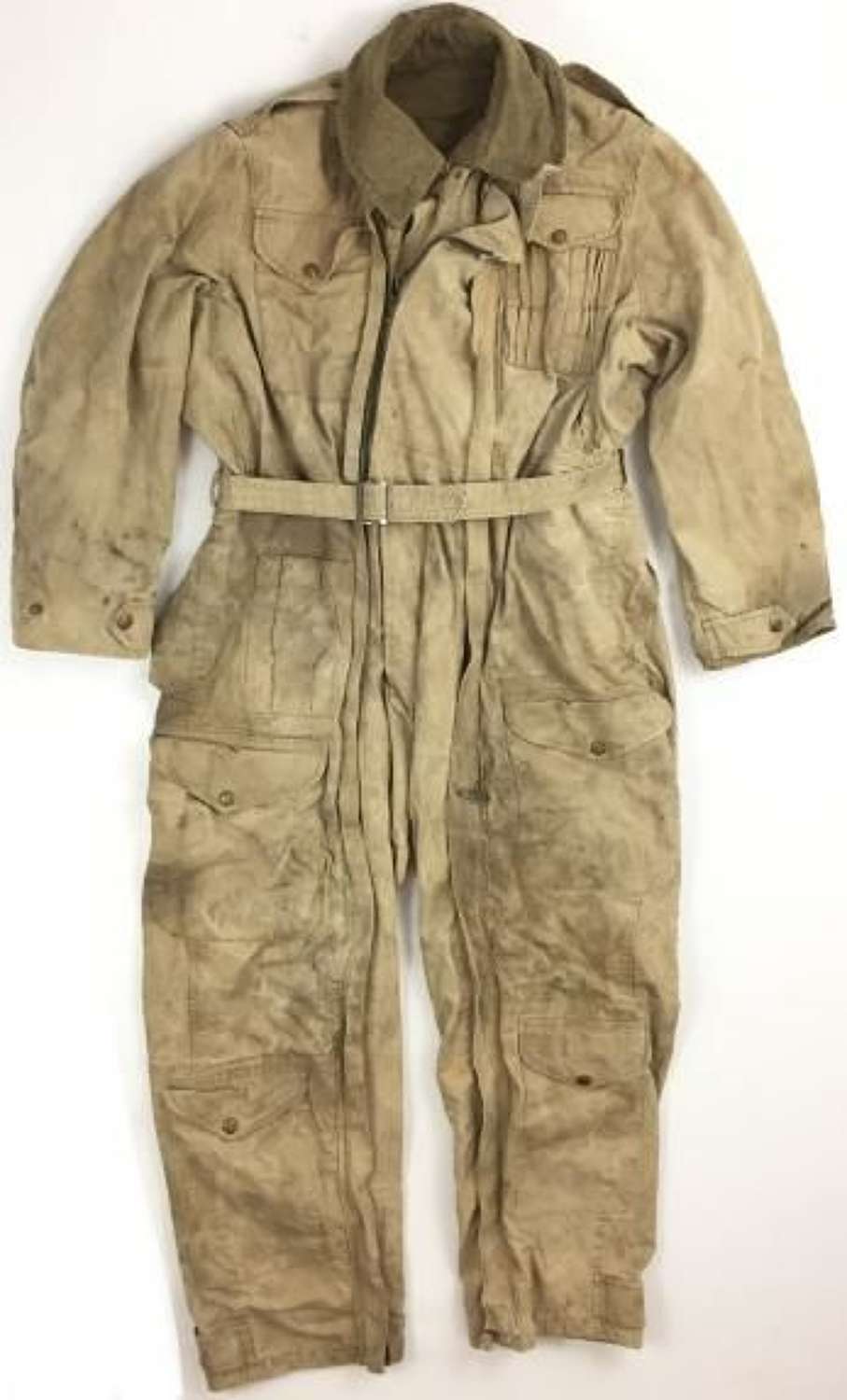 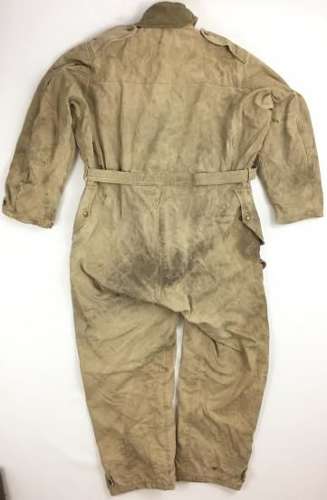 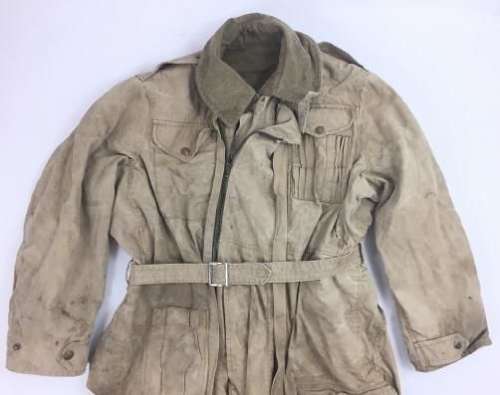 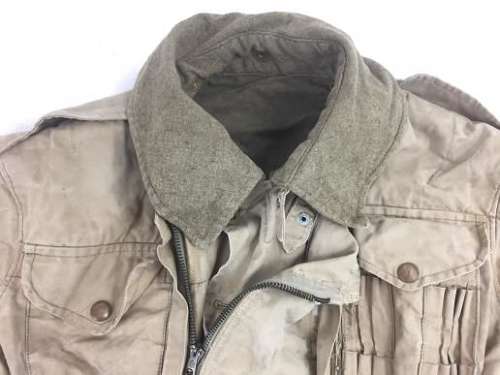 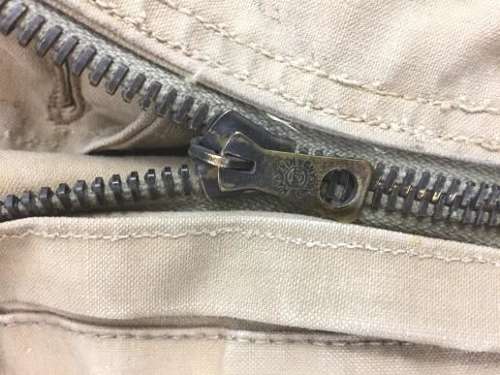 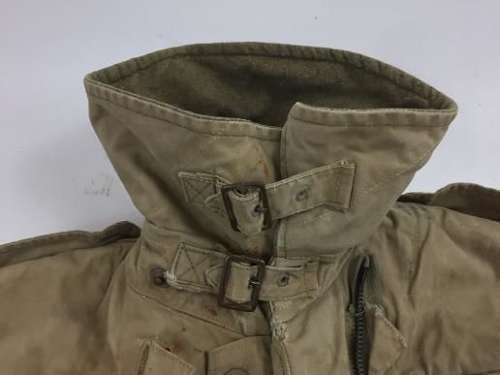 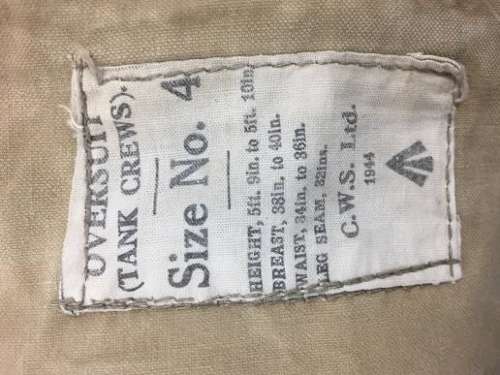 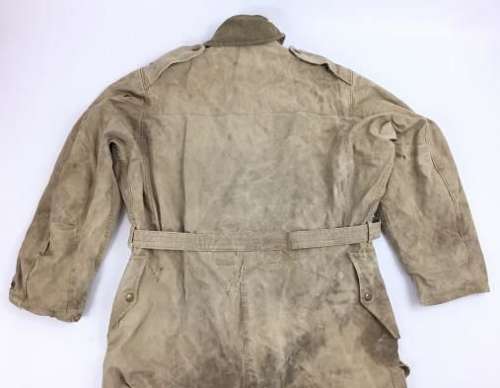 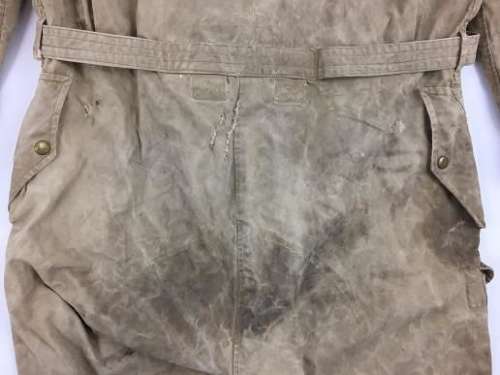 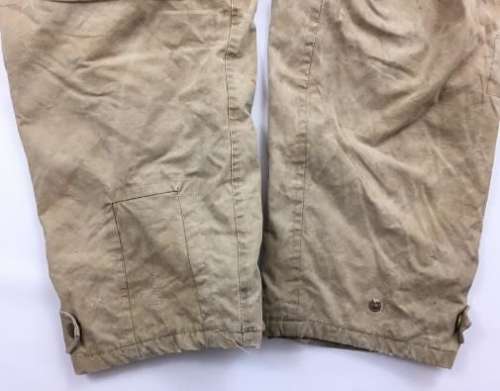 SOLD
An original 1944 Dated 'Oversuit (Tank Crews)' as worn by various armoured units in the later part of the Second World War.

These suits were issued to British Troops in the winter of 1944-45 to a variety of armoured units and feature heavily in photographs of the period. They were often referred to as 'Zoot Suits' at the time and in the post-war years as the 'Pixie Suit'.

This particular example is very complete. It still retains its original waist belt which are often missing and it features two original D.O.T zippers to fasten the front. All the pop studs appear to be intact and the original label is still present in the sleeve. The label states the size as No.4 which is a good size at the larger end of those issued.

The overall condition of the suit is good although it has clearly seen a lot of use and has numerous stains and some repairs to show this. Personally I think that this adds a huge amount to the character of the suit as it looks like an item that has 'been there' rather than a mint unissued example. It is still a useable, wearable suit and displays well.

Wartime examples such as this are hard to find now with many people opting for the cheaper, but still fairly scarce, post-war example which are very similar. Altogether this is a nice original suit and would make an excellent addition to a British Army collection.