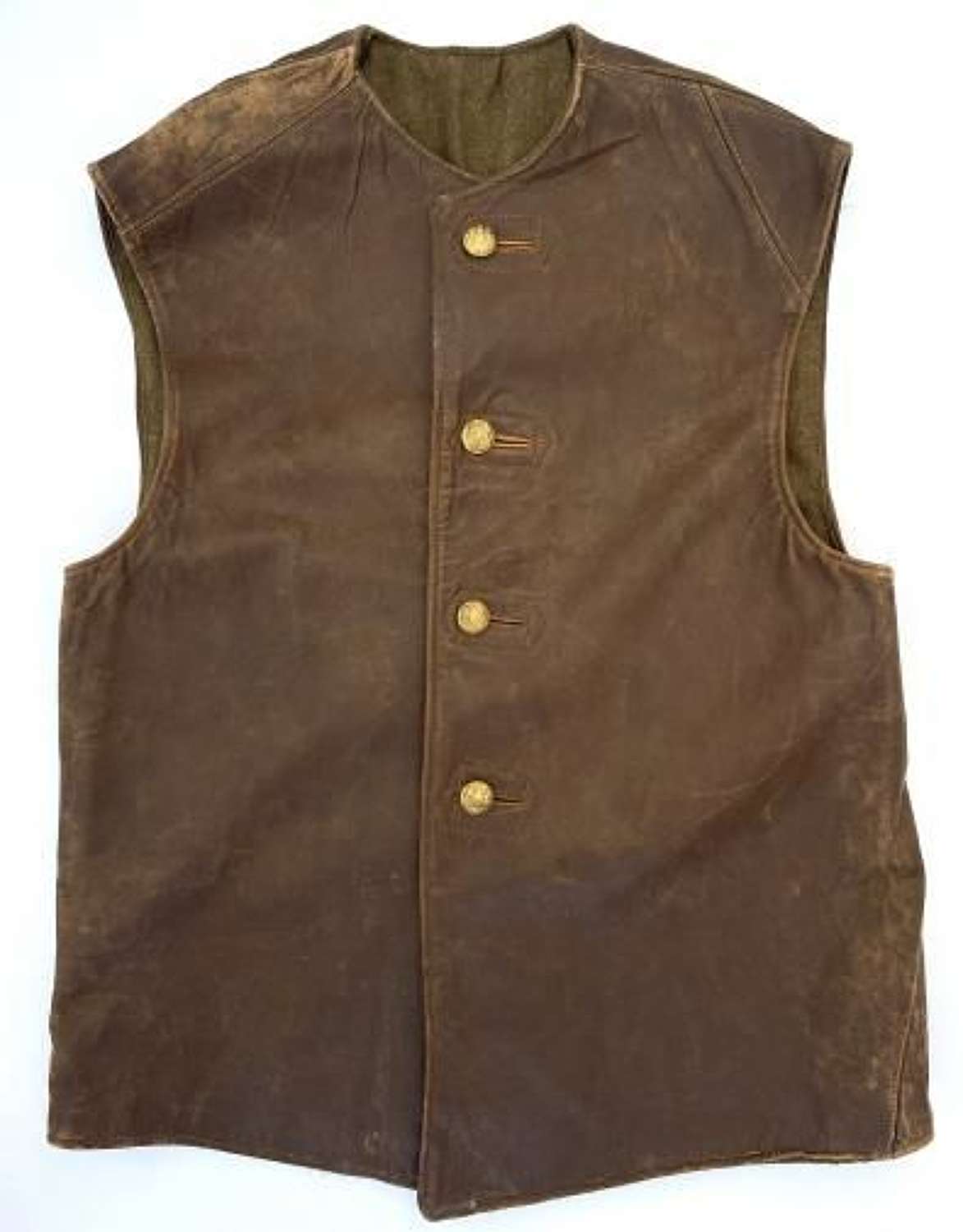 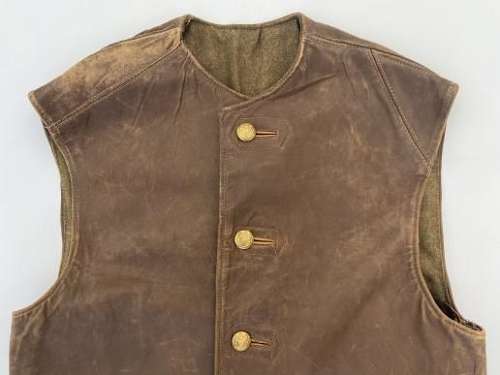 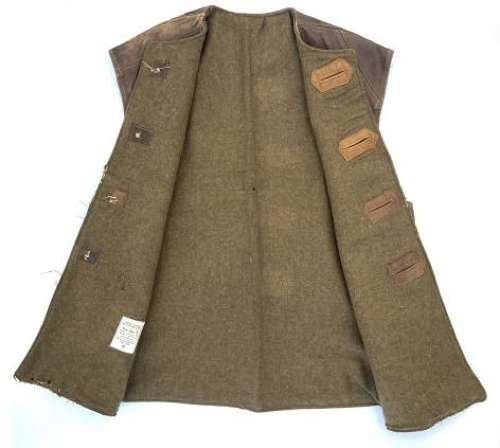 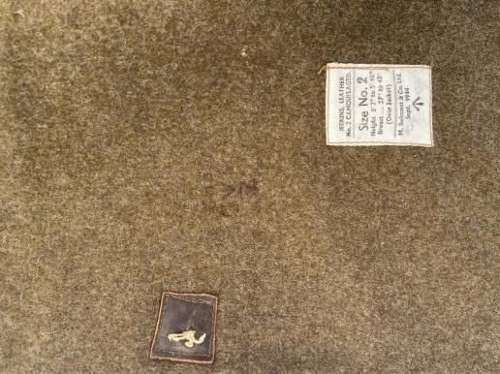 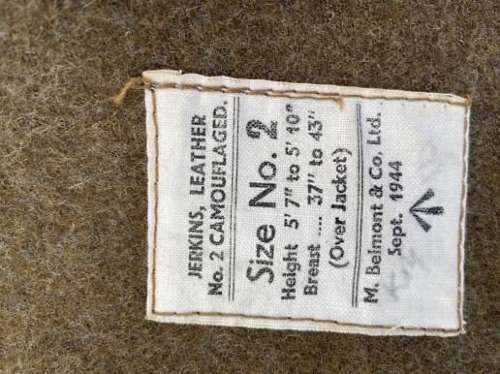 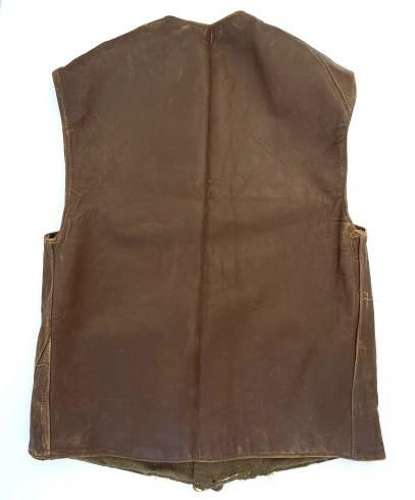 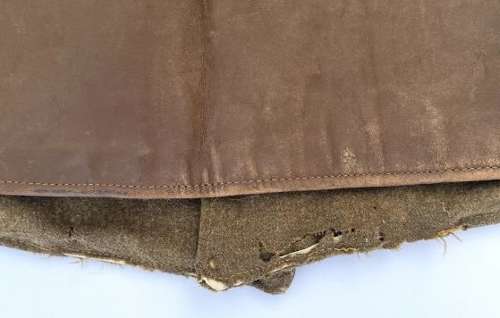 SOLD
An original British Army Leather Jerkin, clearly dated 1944 and in a size No.2.

This pattern of leather jerkin came into issue with the British Army during the Great War and stayed in service throughout the Second World War and well into the post-war years. This particular example is dated September 1944 and is labelled as a camouflaged version.

The body of the jerkin is made from a mid brown leather whist the interior is lined with a khaki green shirting material. The original buttons have been replaced with brass General Service examples as was popular during the Great War, and sometimes seen in WW2.

The original label is still present inside the jerkin and states the manufactures name as 'M. Belmont & Co LTD'. The date of September 1944 is present as is the War Department broad arrow marking. Above the label is the War Department acceptance stamp which is surmounted but the letter 'Z' which denotes 1945 as the year of issue.

The jerkin is in good condition for it's age with only limited signs of wear and use. It displays well and still appear to be strong and wearable but does have a little damage to the bottom of the jacket as detailed in the pictures. Aside from this it is in nice condition but may have other small issues consummate with its age.

A nice original Leather Jerkin with a good clear label and date. This would suit a re-enactor or collector well!