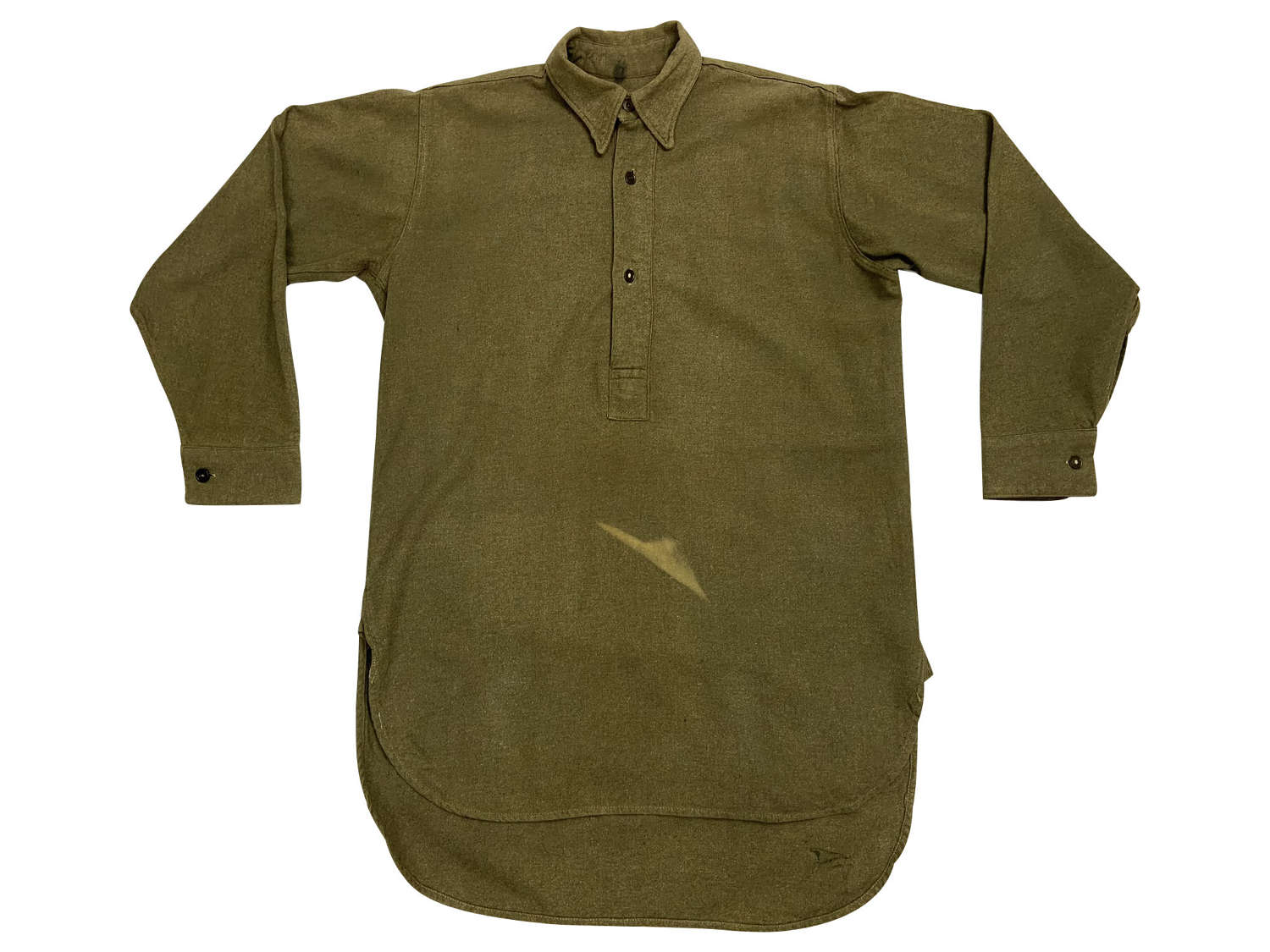 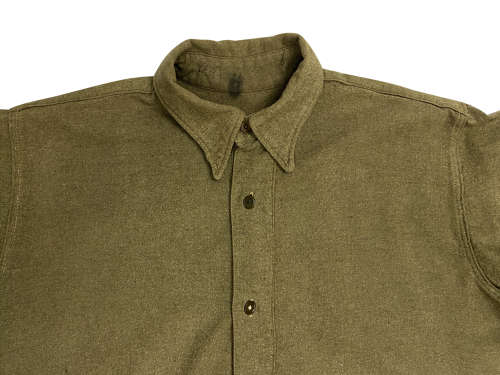 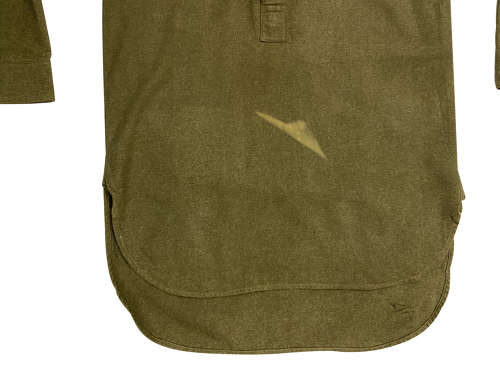 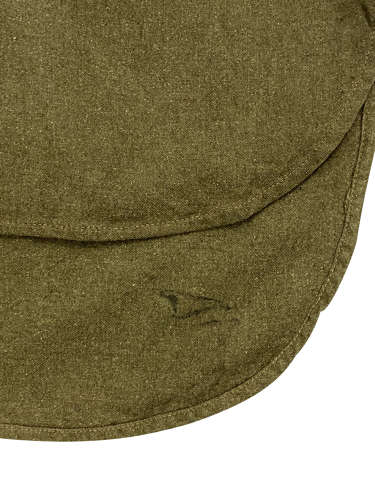 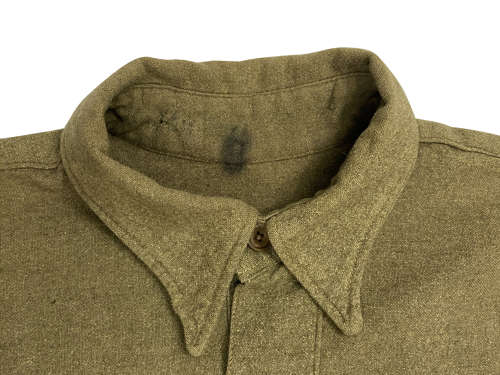 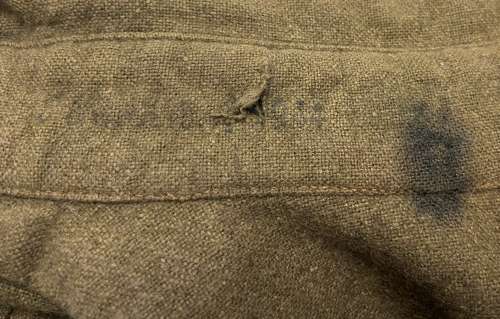 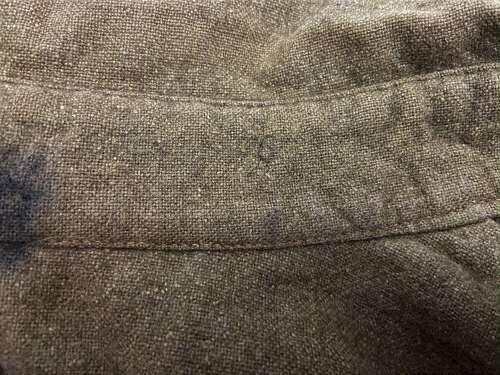 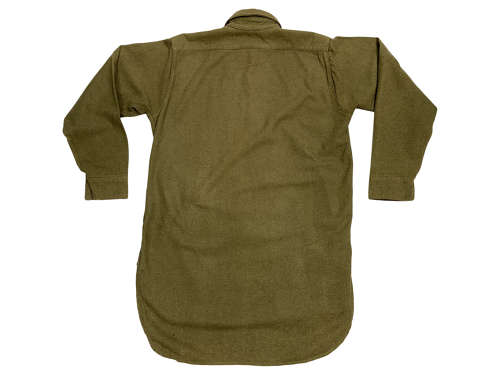 Dress regulations change in late 1944 in the British Army for Ordinary Ranks. Whilst previously they had been issued with collarless shirts to be worn underneath battledress blouses fastened to the top; the new regulations allowed for a collar and tie to be worn with the blouse collar open. Collared shirts went into production at this point whilst some soldiers had detachable collars stitched onto the collarless shirts they already own.

This example is made khaki coloured flannel as usually found on issue shirts and features long sleeves with a barrel cuff and a large, typically 1940s, spearpoint collar.

Inside the neckband of the shirt some markings are still visible including 1944 date and the size of 6. A second stamp is also visible to the tail of the shirt as detailed in the attached pictures.

The shirt is in good condition with some signs of wear and use. There is an obvious mark to the front although this would not been seen when worn or displayed. There is also a small tear to the inside of the collar as shown in the pictures. Overall it displays well but does have a few small issues commensurate with age.

A good example of a late war OR shirt with an early date for this pattern. Ideal for the re-enactor and collector alike!