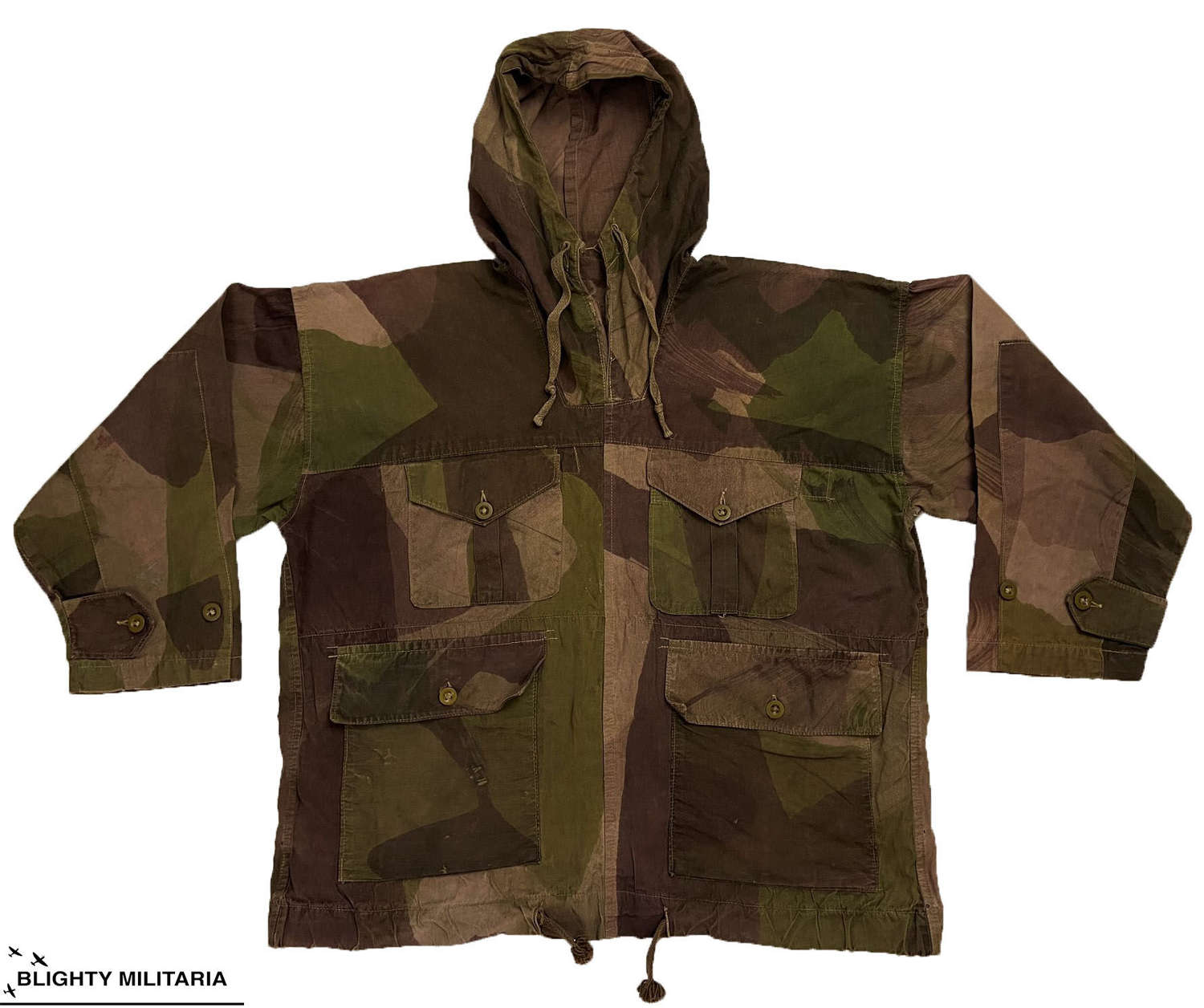 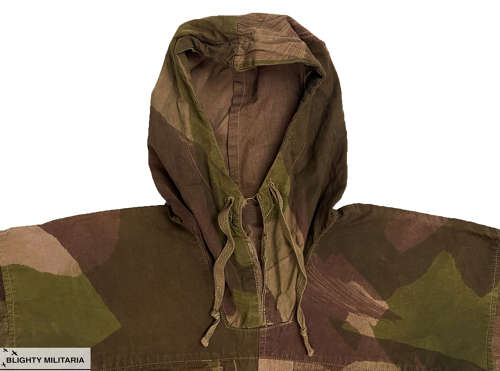 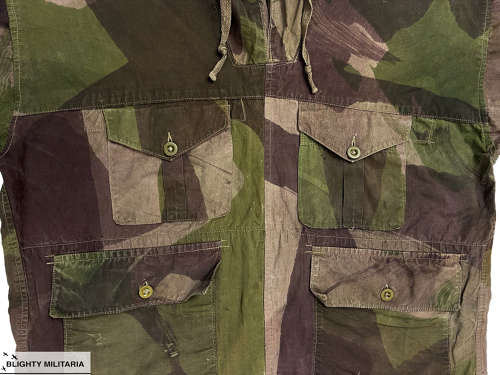 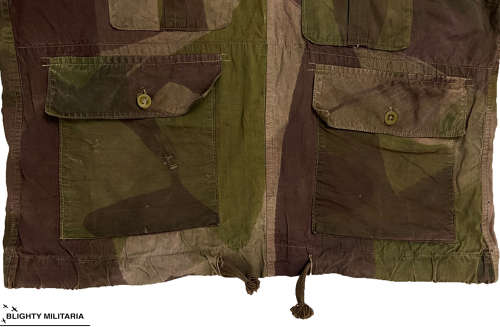 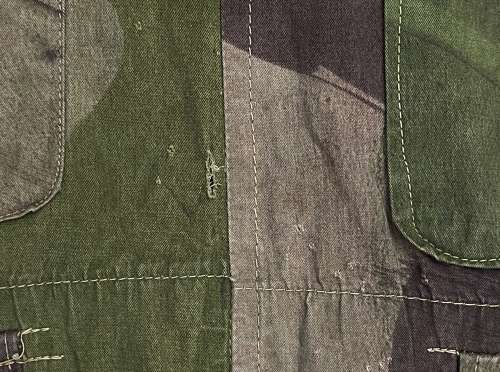 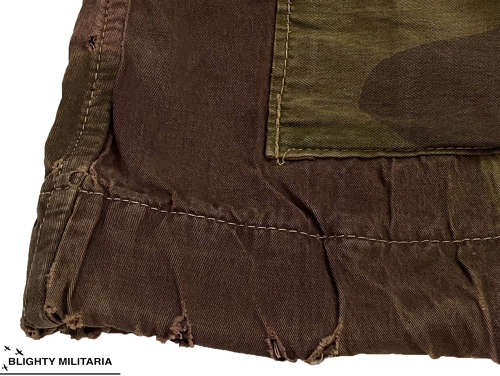 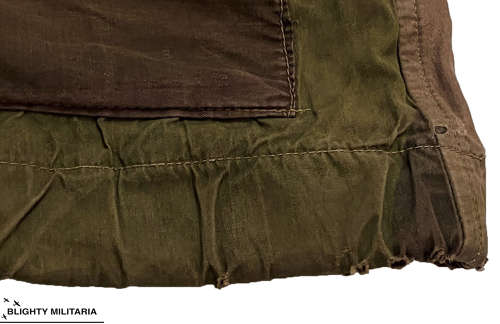 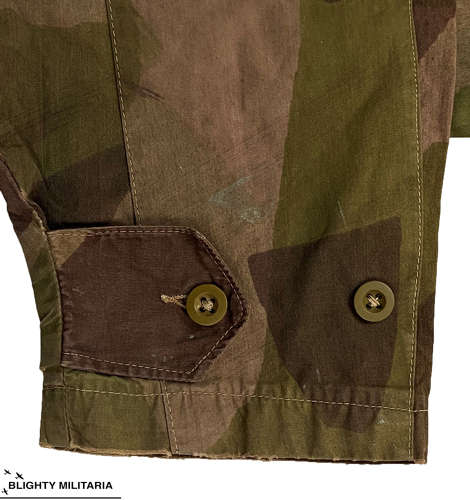 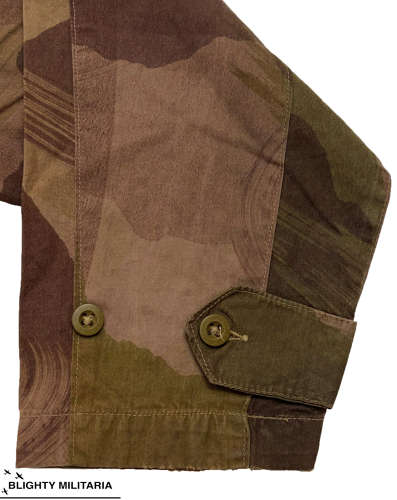 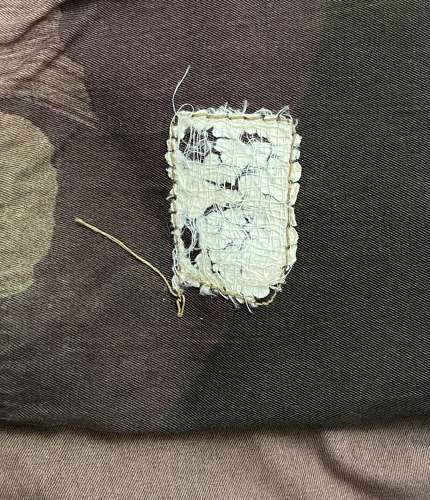 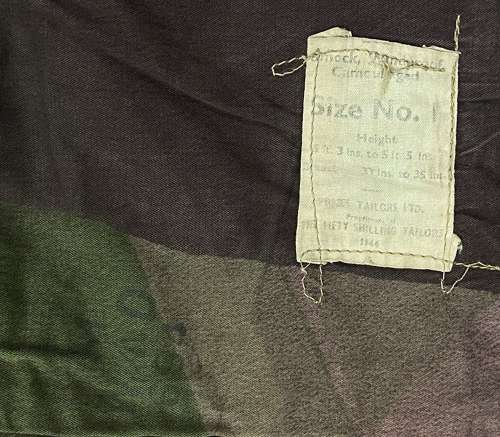 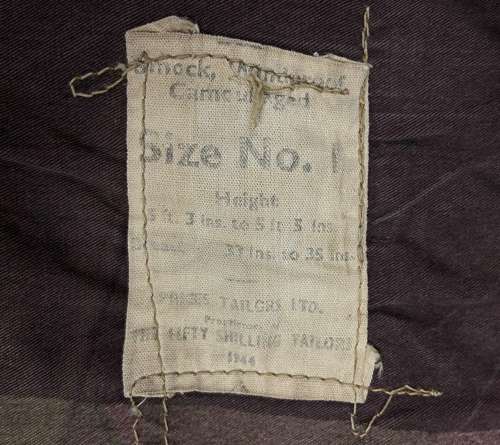 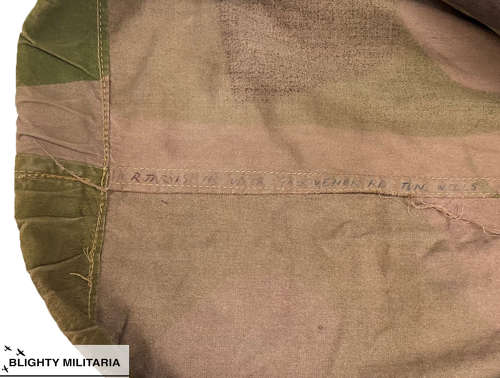 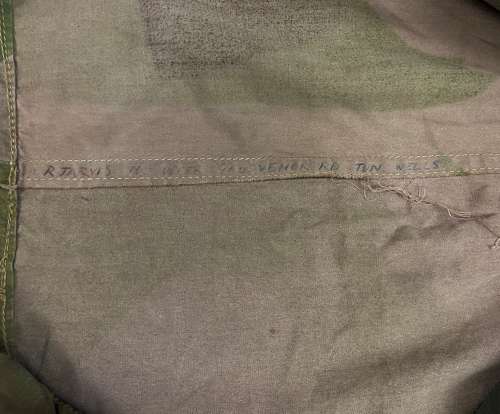 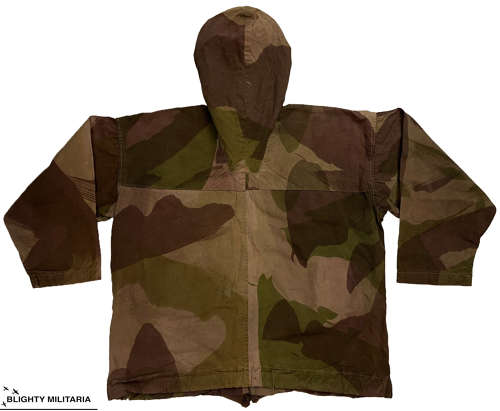 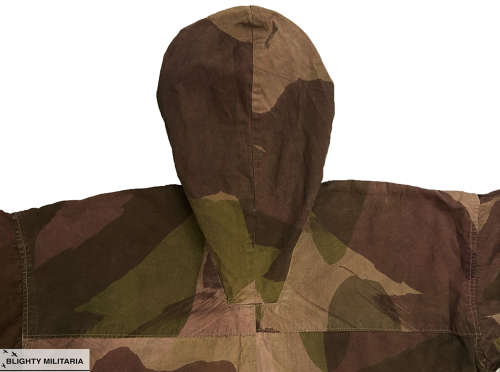 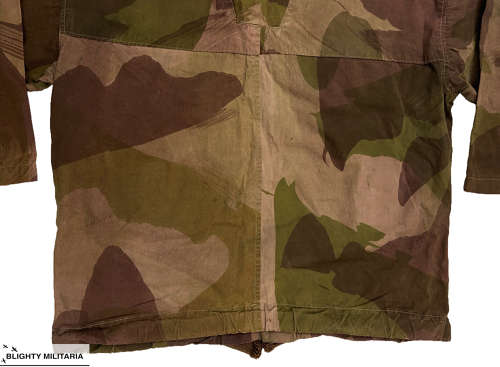 The smock is made from a lightweight gabardine which has the camouflaged pattern screen printed onto it. It features four patch pockets at the front which all fasten with green coloured vegetable ivory (plastic) buttons. There is a hood which fastens with a drawstring and a larger drawstring is fitted to the bottom hem. The sleeves feature reinforcing patches made from the same material as the rest of the smock and there are adjustable tabs and buttons located to each cuff.

Inside the smock the original label is still present and bears the size of No.1 which is designed to fit a 36" - 38" chest. The maker's name 'Prices Tailors Ltd Proprietors of The Fifty Shilling Tailors' is present below which is the 1944 date and the War Department broad arrow marking. Adjacent to this is the War Department acceptance stamp which is surmounted by the letter 'M' and denotes 1944 as the year of issue.

The smock is in good condition overall and displays very well. It is still very wearable but does show signs of previous use with limited wear to the cuffs, wear to the bottom hem and a small hole to the front. I have detailed all the flaws in the pictures and none overly detract from a very nice example.