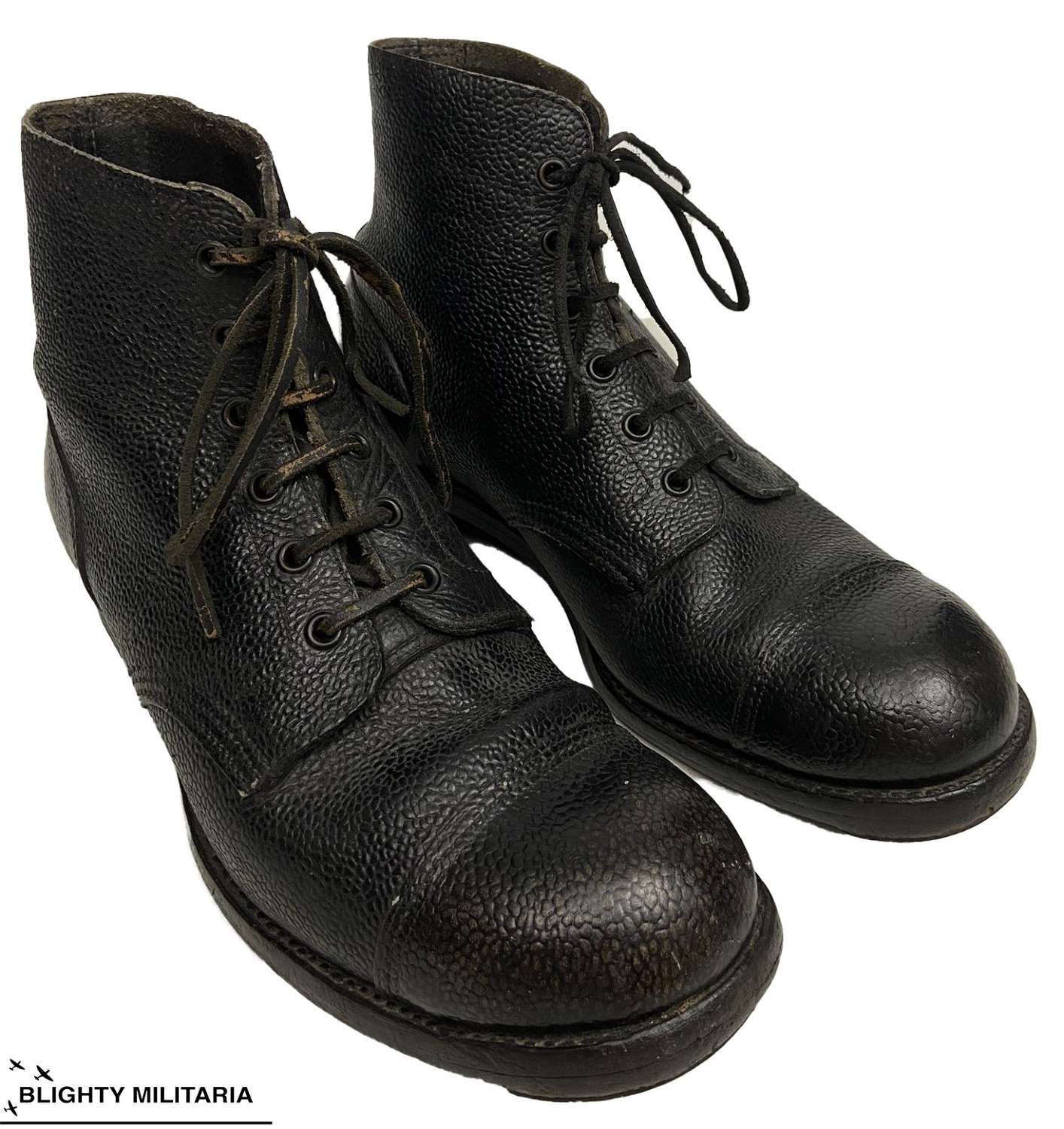 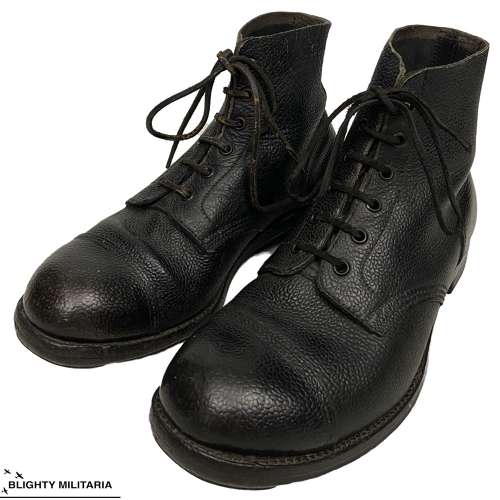 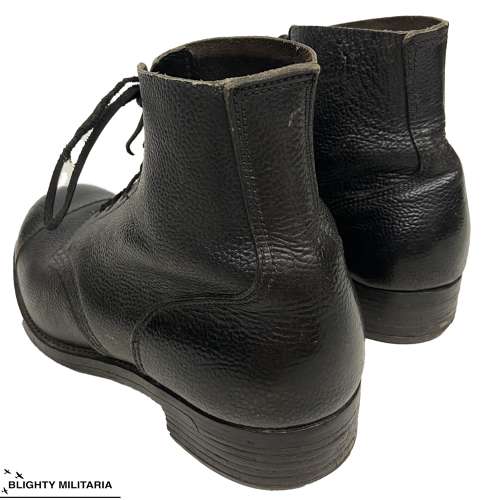 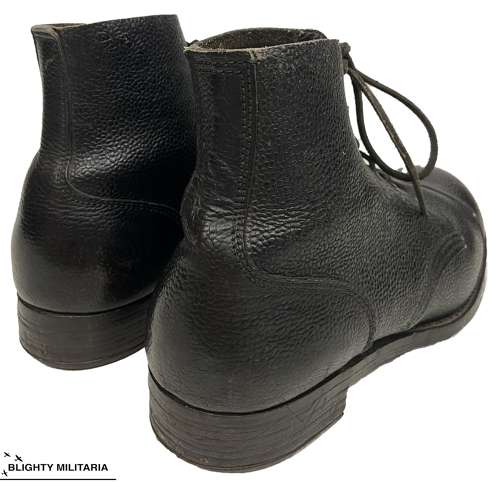 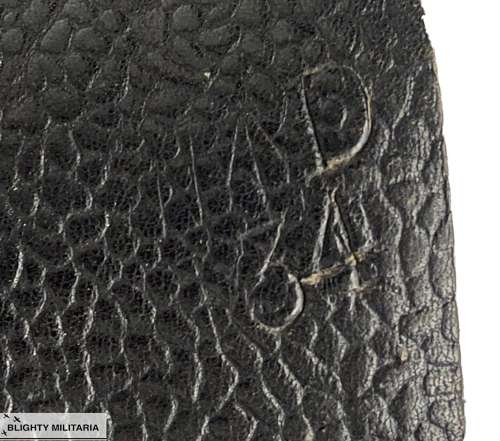 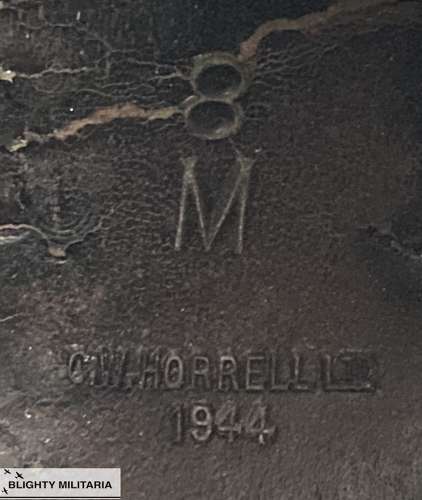 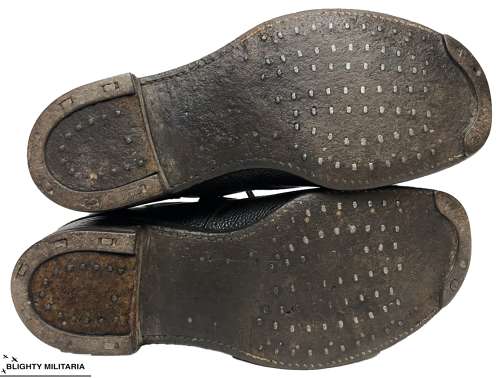 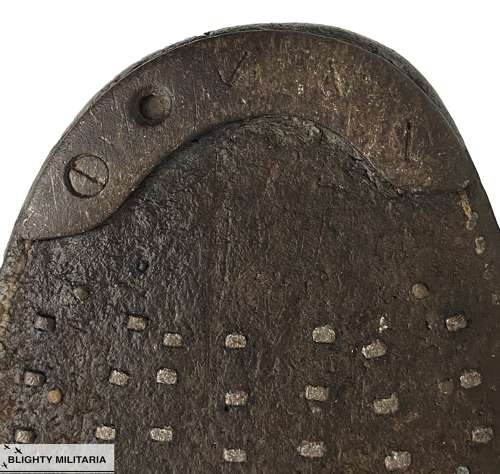 The ammunition boot came into service with the British Army in 1936 and saw extensive use throughout the Second World War as the main issued boot. War dated examples are now scarce to come by and are always sought after by collectors.

The boots are made from a typical 'war grade' leather which is much thinner than post-war examples. When looking at these boots it is easy to see why soldiers complained about their boots always falling to pieces! As with all ammunition boots they feature a toe cap and 6 black painted brass eyelets.

The soles of the boots are also in good condition and have never been fitted with studs or cleats. It is also worth noting that the toe plates are original, with the correct original slot head screws fixing them to the boot. By this point in the war the 4th screw was left out of each boot as an economy measure, making these boots an excellent 1944 example.

Inside the boots are clean and clearly marked 1944 and 8M. The maker's name of 'C. W. Horrell Ltd' is also present.

All in all, a very good example of a rare pair of wartime date boots; clearly marked with all the correct factory traits of a war dated pair of boots.