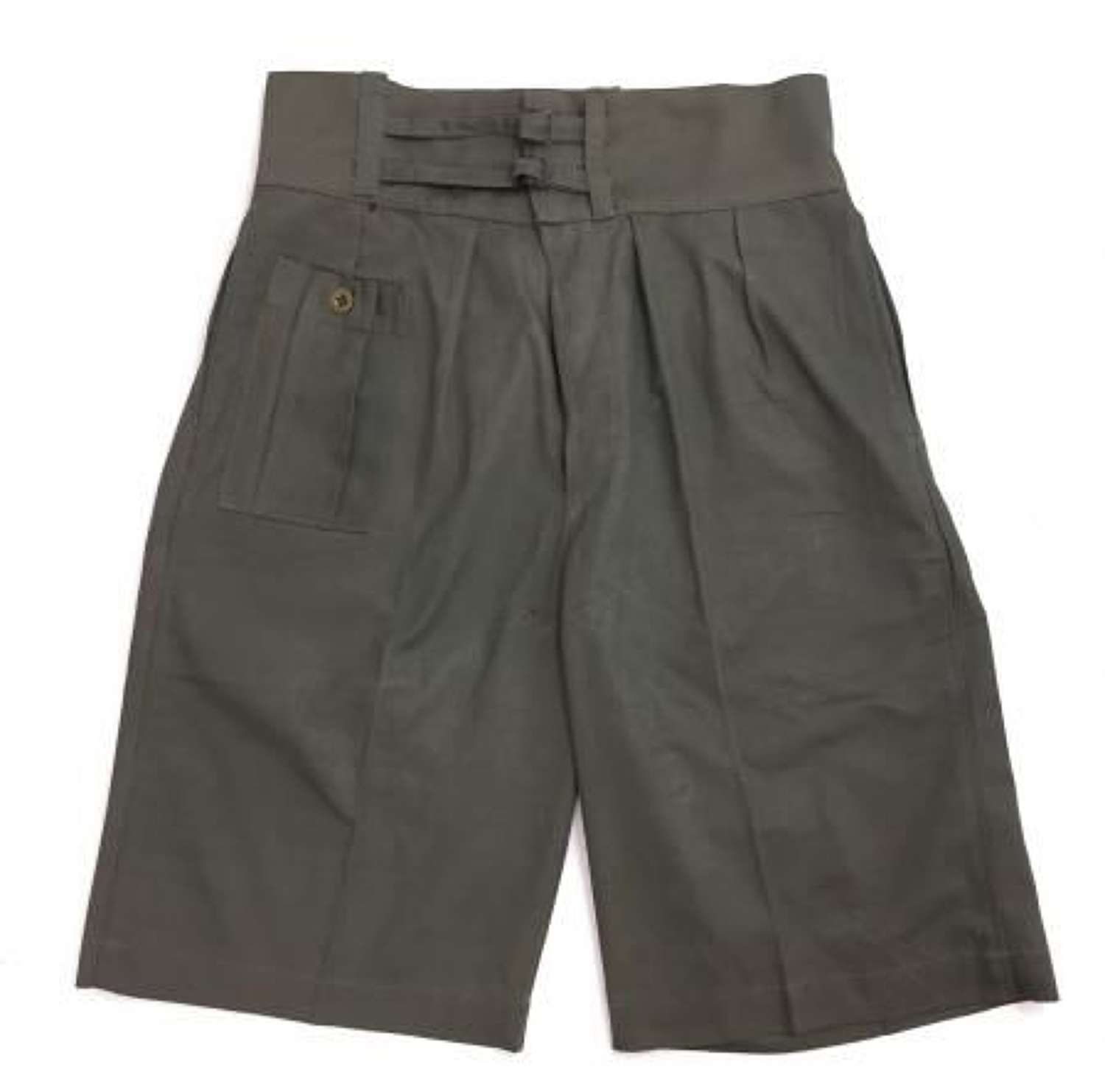 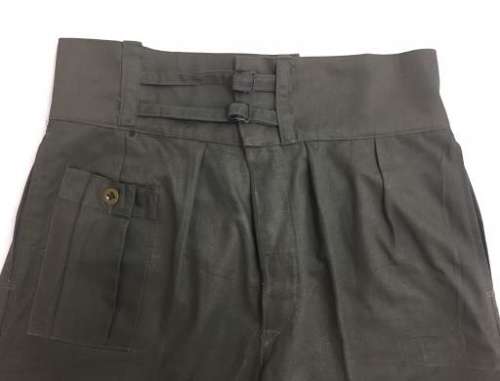 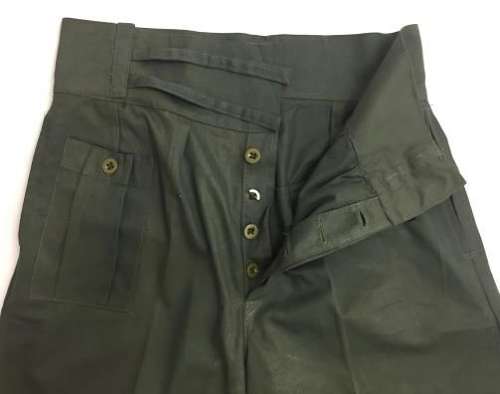 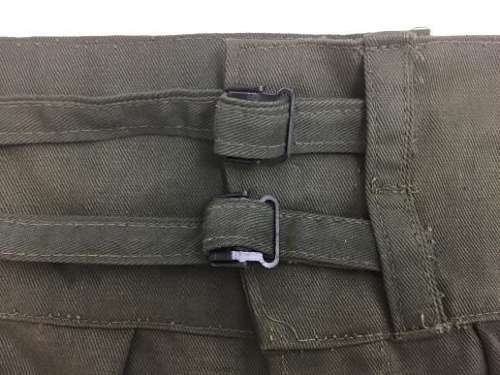 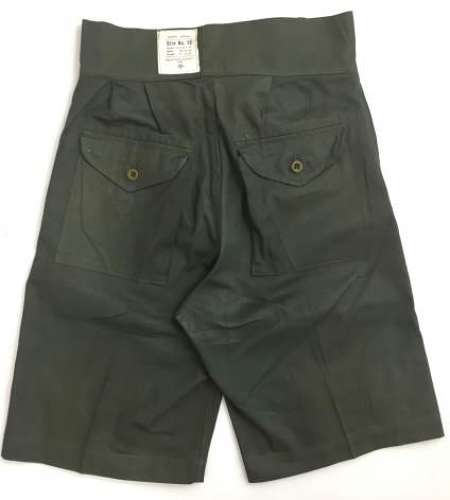 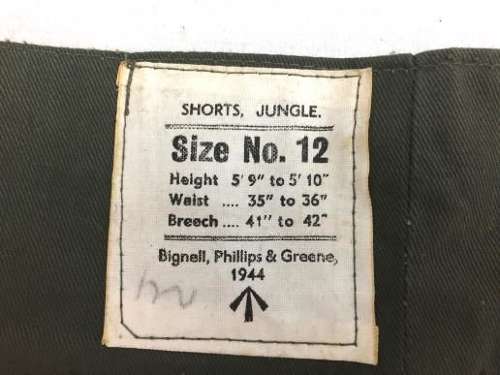 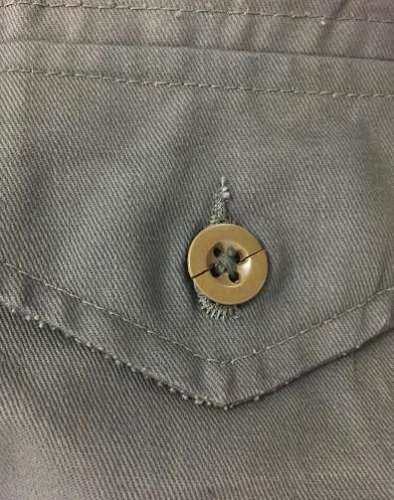 Often referred to as 'Jungle Green Shorts', this pattern was worn by the British Army in the Far East during the Second World War. Part of what makes the shorts so rare is that they are British made. It soon became clear to those in charge of supplying the Far East with uniform that it would be easier to source their clothing from Indian or similar as the supply routes would be much shorter. This lead to only a limited production of Jungle Green items being made in Great Britain during the Second World War.

Not only this but the shorts are also in stunning unworn condition and complete with their original paper label. Furthermore they are a hard to find larger size as can be seen by the measurements on the label.

The shorts retain their original black metal waist buckles and all their original buttons although sadly one of the fly buttons is broken and one of the rear pockets has a cracked button. This type of green horn button are readily available however and should be easy to replace if the next owner so wishes to do so.

These really are a fantastic pair of shorts which, if I'm honest, the pictures don't do justice to. The close up pictures probably give the truest representation of the condition. In the flesh they are much more fresh than they appear in the pictures and really would be hard to better.

A true collectors piece which would make a fine addition to any collection.