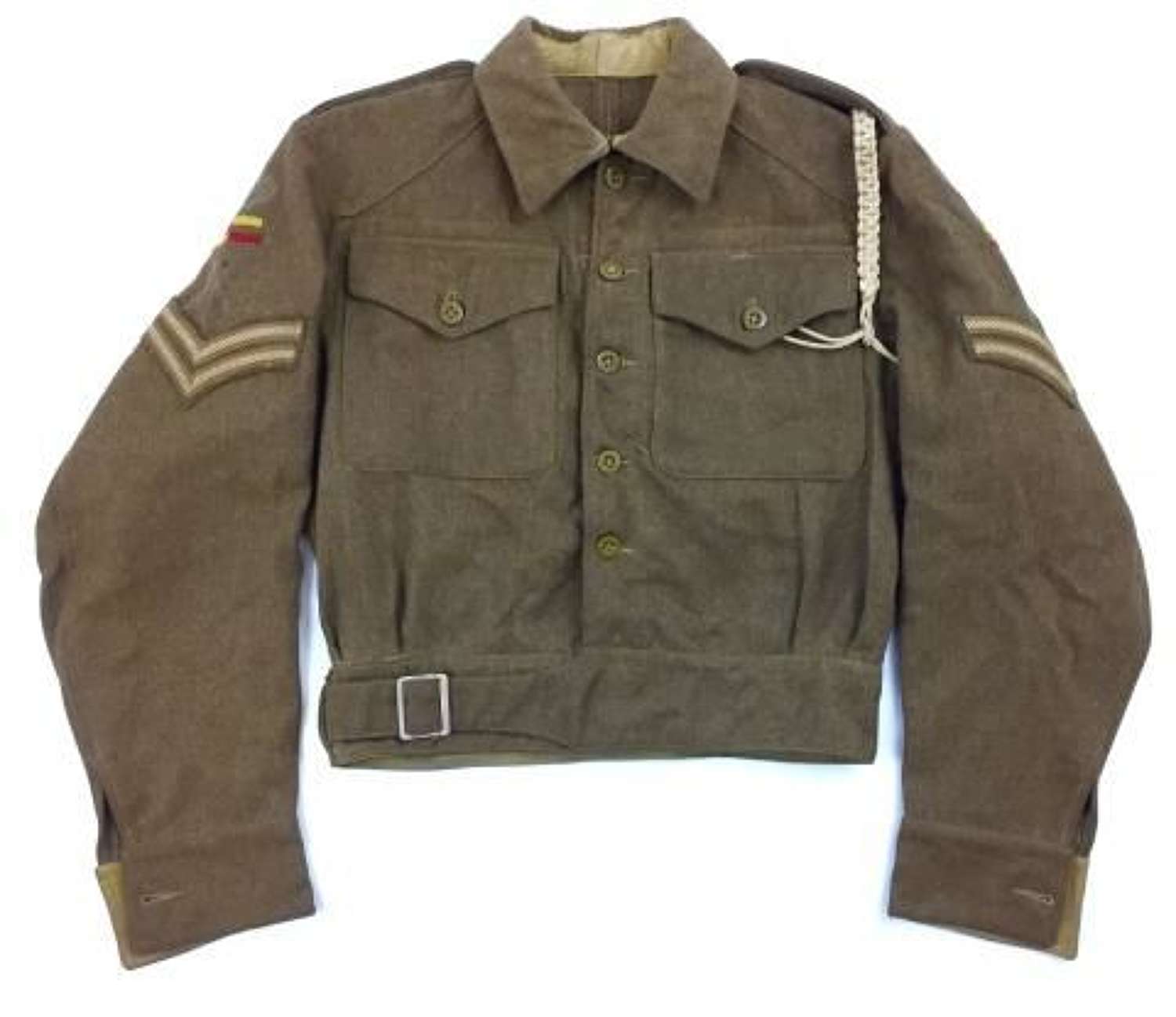 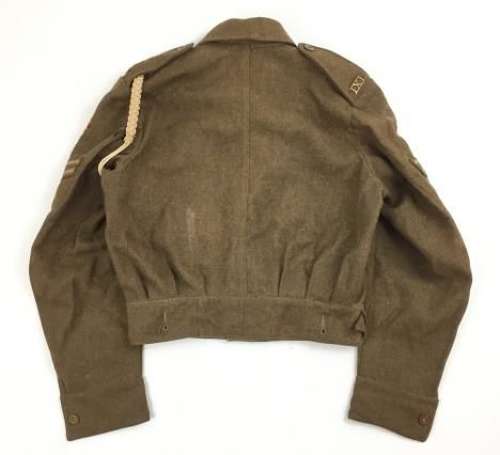 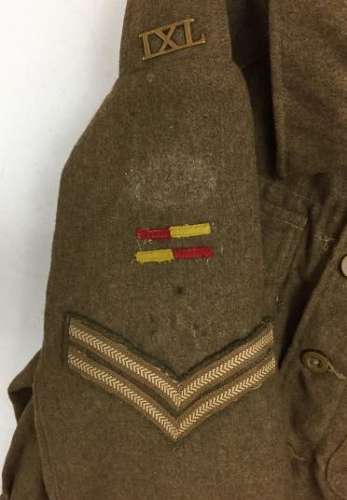 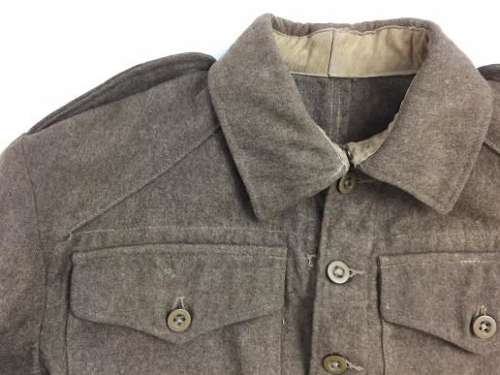 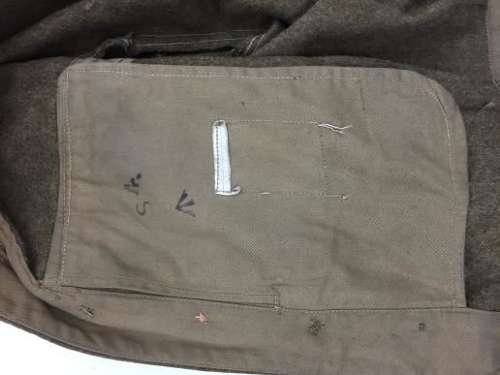 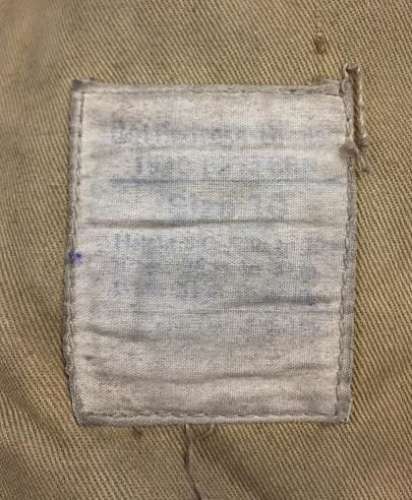 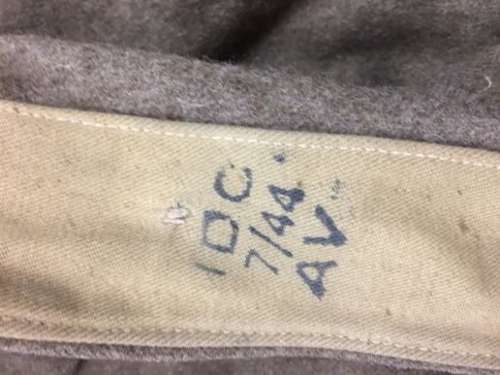 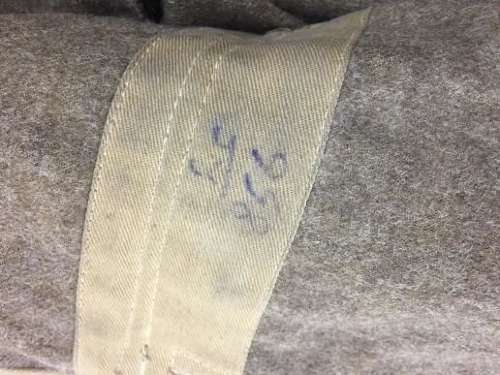 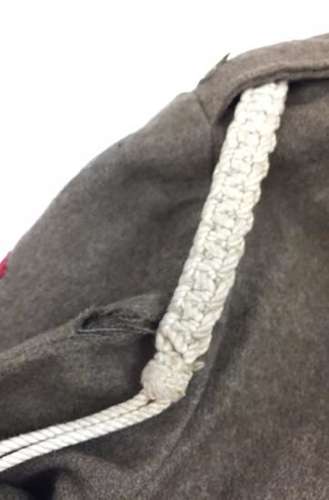 SOLD
It's not very often that such an original battledress like this example turns up. Whilst there are many BD's out there with original insignia and others which were worn as best 'walking out' jackets, it is rare to find a jacket that clearly saw combat. This blouse is such an example and its originality and patina are truly glorious.

The jacket itself is a standard British Army 1940 Pattern (Austerity) Battledress Blouse made in 1944. The original label is still intact but is dirty and hard to read. The size can just be made out as '10' but sadly the date isn't visible. However there is an 'Anti Vesicant' or 'AV' stamp inside on the lining of the jacket which reads 7/44 which helps to date the jacket nicely. The 9th Lancers landed in Italy in mid 1944 and went into action on the Gothic Line in September which ties in perfectly with the date on the jacket.

The jacket features a good amount of its original insignia which has clearly always been in the jacket. The epaulets feature brass 'IXL' shoulder titles as were worn by this regiment, corporal stripes to each sleeve and the double arm of service stripes above this which were particular to this regiment. What is especially nice is the area above the AOS stripes where the shadow of an oval badge can be seen. This was clearly were the 1st Armoured Division badge was originally attached and was most likely removed to be worn on a KD slip-on on a shirt. This is just another detail that adds to this extremely original blouse. There is also evidence above one of the corporal stripes of a brass trade badge being worn at some point as can be seen in the photographs. A white lanyard is also present on the left shoulder and again is clearly original to the jacket.

The condition of the jacket is good and it displays nicely but this is an item that was worn during the Italian campaign and shows the signs of use expected. It is grubby but this only adds to its authenticity. There is some wear to the rear of the left sleeve where the lanyard has regularly rubbed against it showing that it has always been worn with the jacket. The collar has also been tailored by the original owner which is a nice period detail.

All in all a really amazing jacket that has really 'been there'. Jackets with this kind of originality and in this case Italian Campaign provenance are very scarce to find these days and this would make an excellent addition to any collection without a shadow of a doubt!