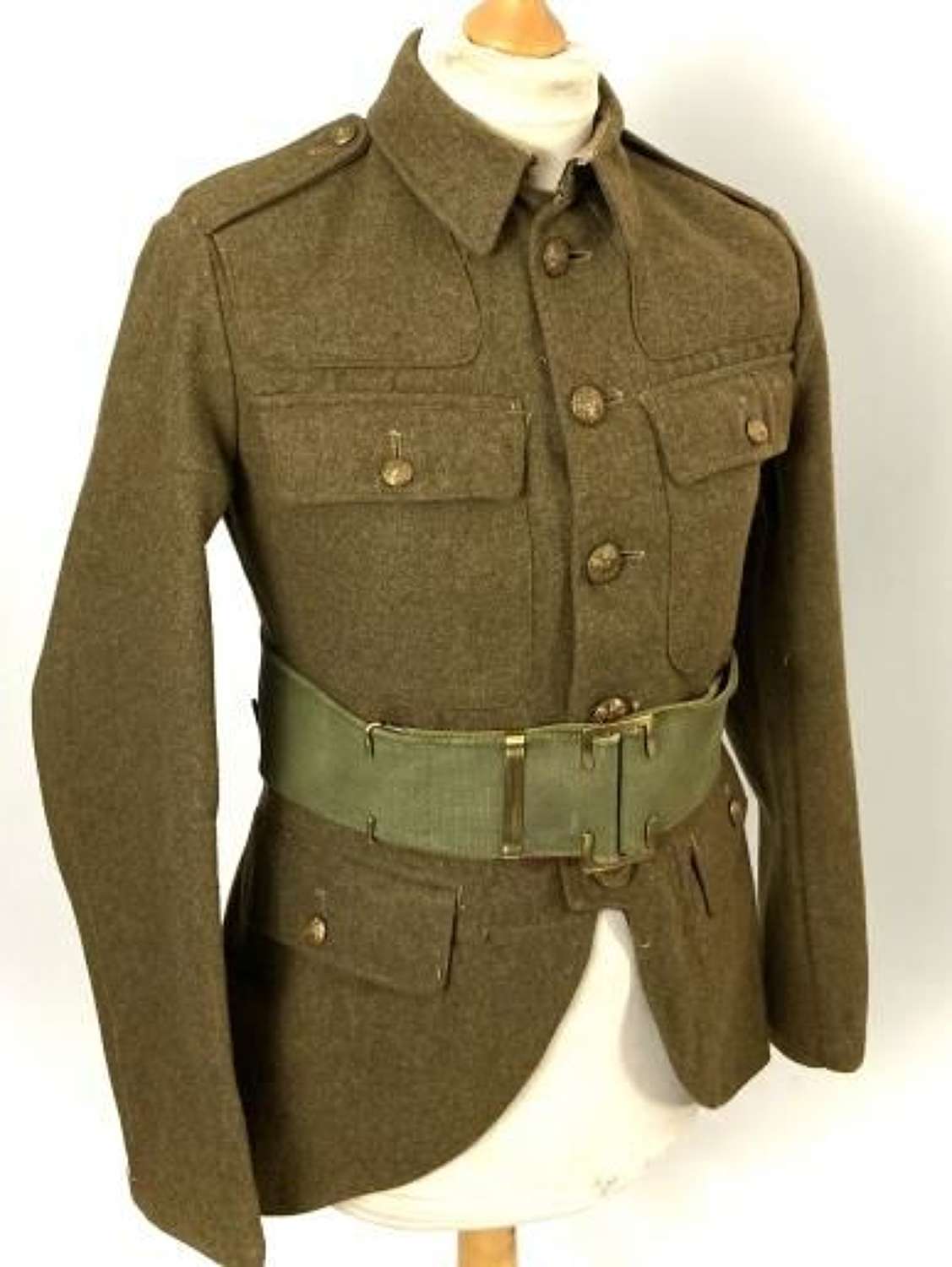 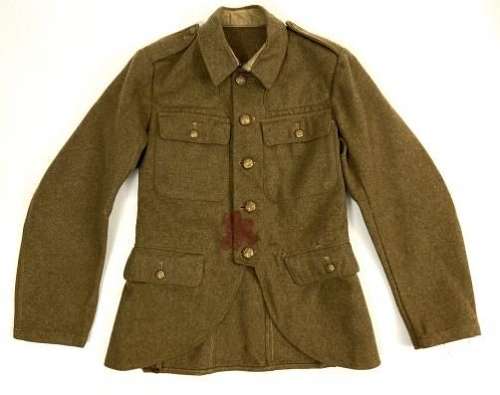 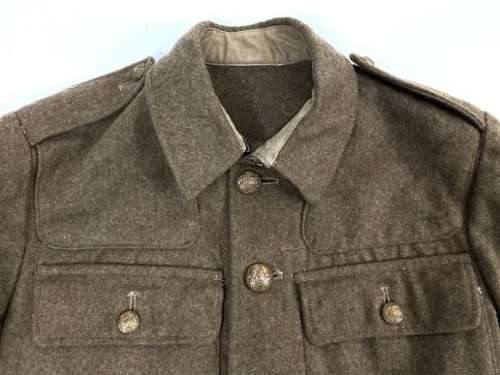 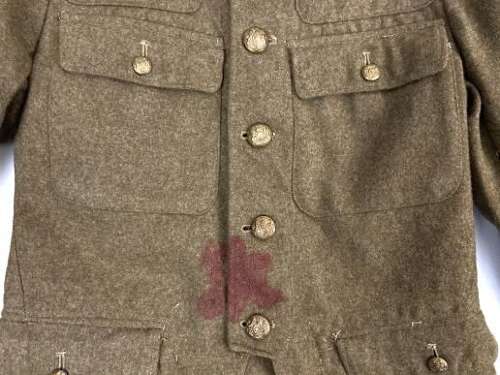 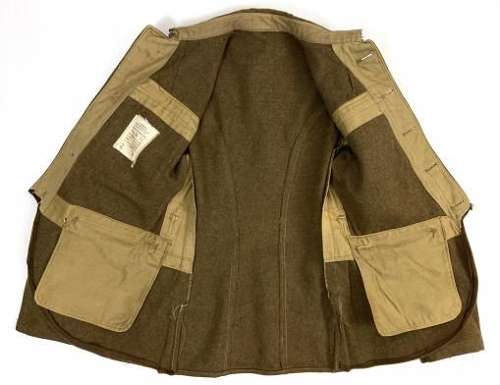 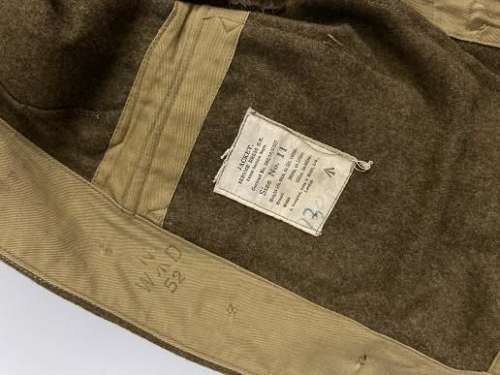 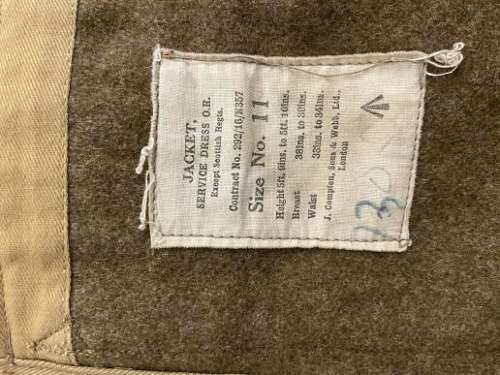 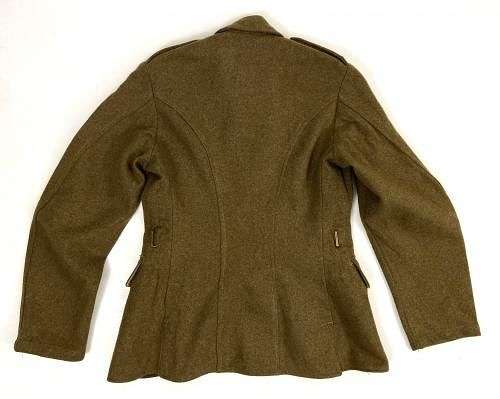 An original 1943 dated Scottish cut away Service Dress tunic, often referred to as '1922 pattern' by collectors.

This pattern of tunic was used by Scottish Regiments for a number of years and is extremely similar to the tunics worn in the Great War. It is made from the standard khaki coloured serge and features brass Kings crown buttons and brass belt hangers to the waist. The interior has a khaki cotton drill lining as was standard for items manufactured in the Second World War.

Inside the jacket bares its original makers label which interestingly states the tunic as being 'Jacket Service Dress O.R. Except Scottish Regiments'. Whether the jacket has been miss labelled or re-tailored to the Scottish pattern I am not sure. The label states the size as No.11 which will fit up to a 39" chest and a 34" waist. The makers name is 'J. Compton, Sons & Webb' who were a prolific manufacturer of clothing for the British Army during in WW2. The War Department broad arrow marking is also present towards the bottom of the label.

As well as the label the jacket bares the War Department broad arrow marking which is surmounted by the letter N which denotes 1943 as the year of issue.

The jacket is in good condition generally with only limited signs of wear and use. The collar has had its eye removed although the hooks are still present and there is a stain to the front which appears to be theatrical blood. This may come out with cleaning although I have not tried and is hidden when displayed with a belt as show in the pictures.

All in all a reasonable example of this pattern of tunic. A couple of small flaws have been reflected in the price and it would no doubt make for a good stand-in as part of a collection or would be good for a re-enactor.