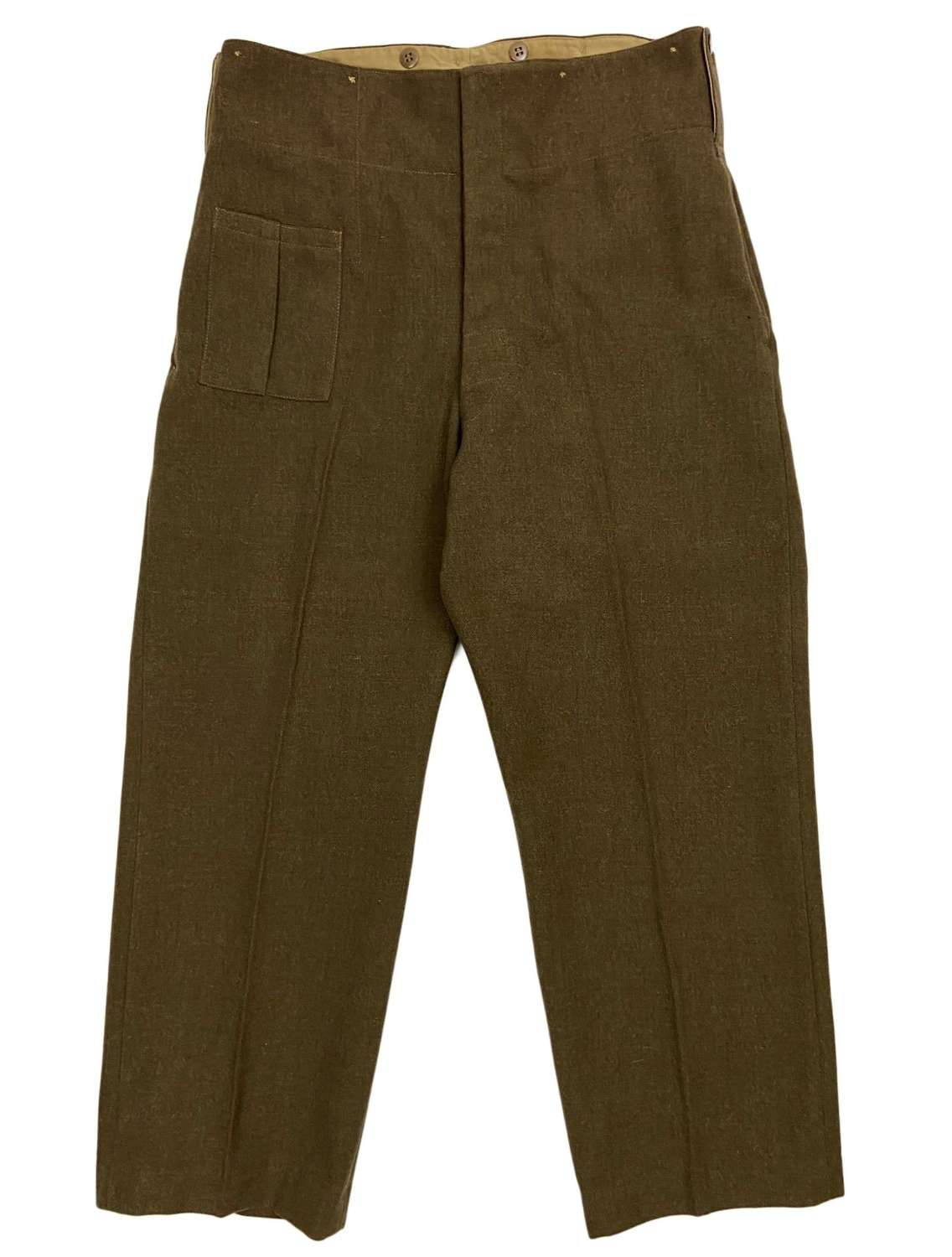 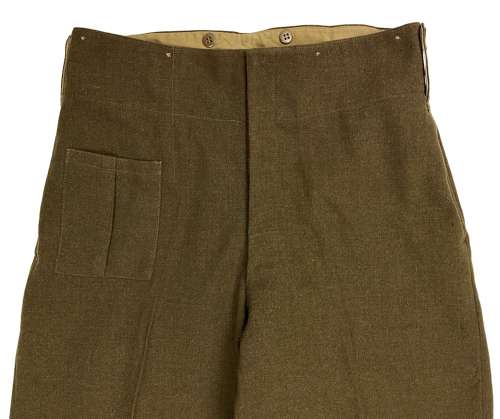 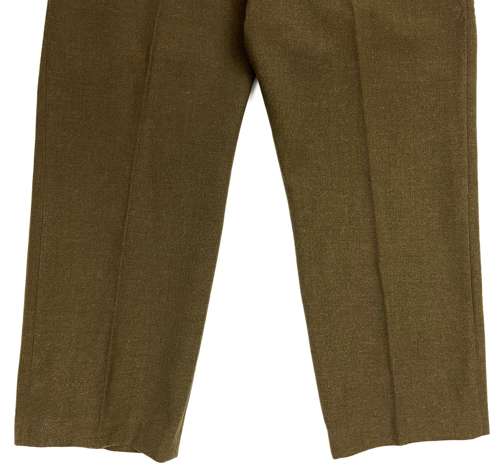 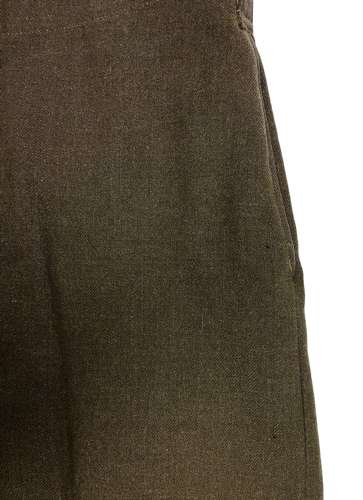 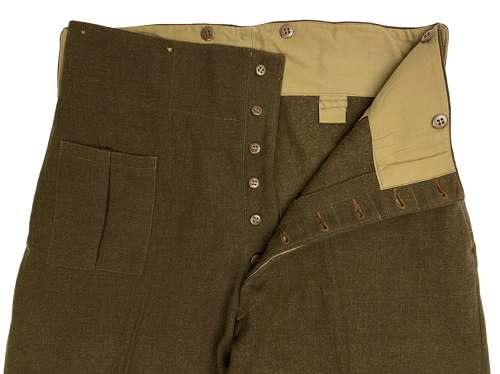 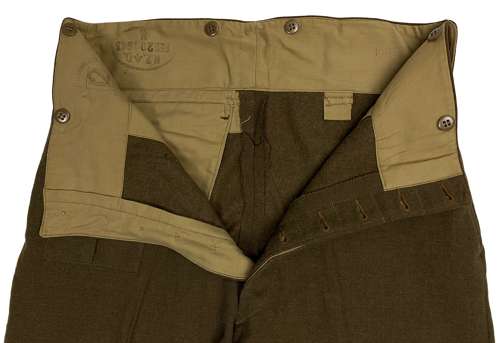 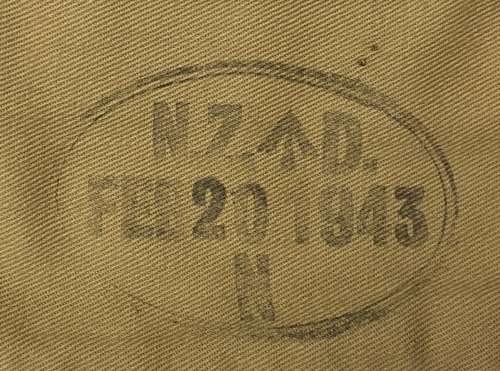 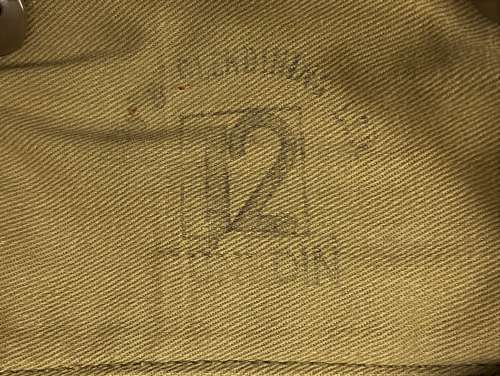 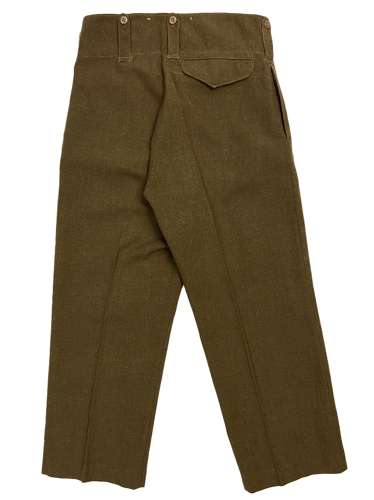 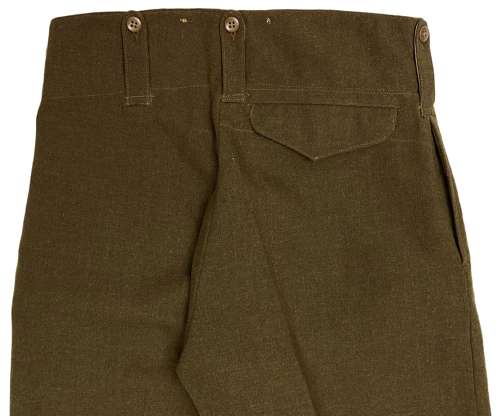 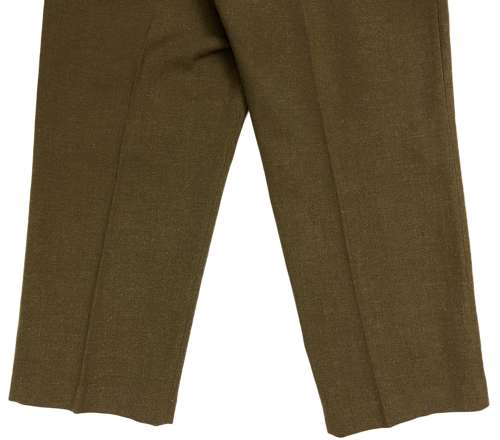 An original pair of New Zealand made Battledress trousers dating from 1943 and in good condition.

These trousers are closely modelled on the first pattern of battledress produced in the UK from 1938 until the middle of 1940. Like all Commonwealth made battledress items, these trousers have their own unique features. The hue of the serge wool is slightly different to that of British made examples and the buttons and lining material are also different. The trousers feature belt loops around the waist, a button fly and a single pleat first field dressing pocket to the right hip.

Inside the trousers the original markings are still present. The large, oval shape stamp which is usually found on New Zealand made items is present to the waistband. It bears the New Zealand War Department marking on the date of 20 February 1943. A second stamp bears the number 12 in a box which pertains to size.

The trousers are in good condition as can be seen in the pictures. They have had the map pocket removed which was common practice for a pair of 'best' trousers used for walking out whilst on leave or similar. This is a common modification for both officers and the rank and file. The only flaw with the trousers is a couple of very small nips which are only visible on close inspection and are shown in picture 4.

All in all a nice pair of mid war date trousers in very wearable condition!