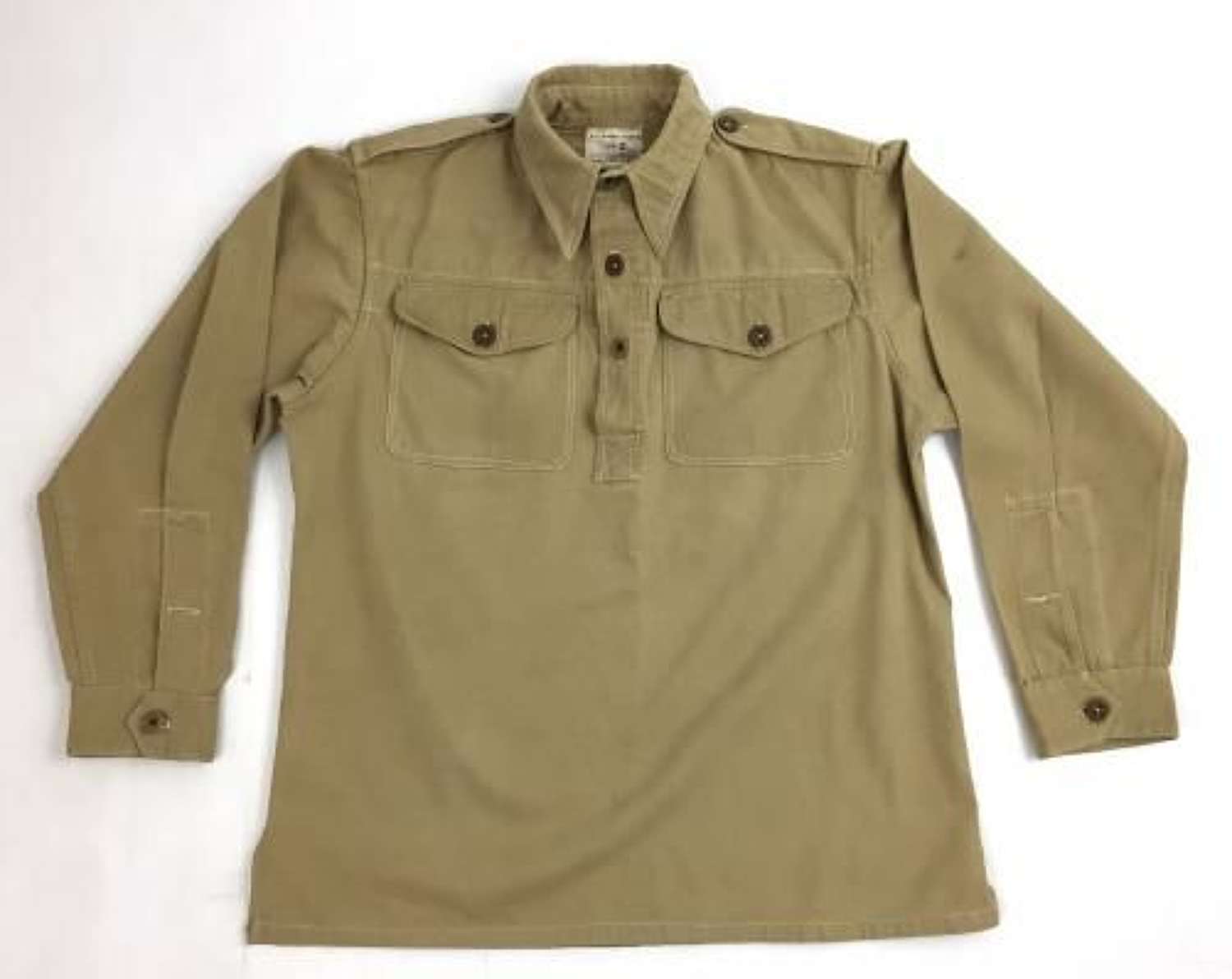 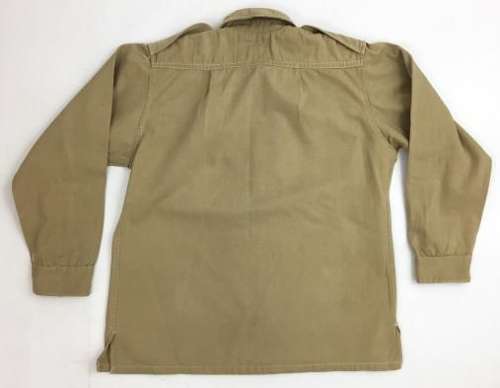 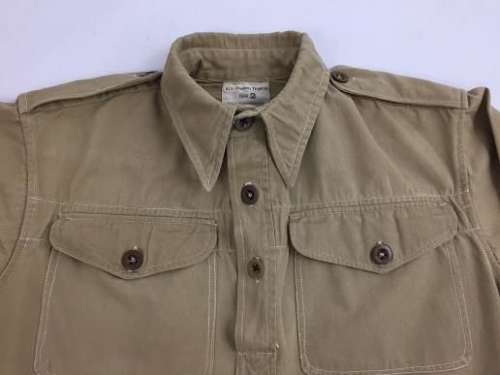 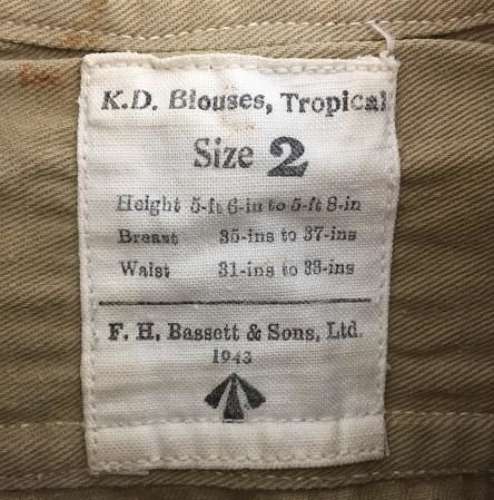 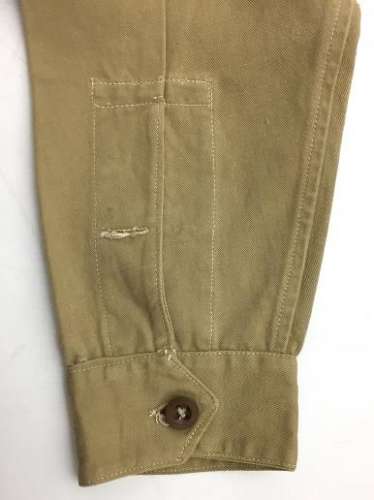 This is a British made item which immediately makes it rarer and more sought-after by the collector. A huge amount of KD was made in the Middle East during the Second World War meaning it is more common today. British made examples such as this are much harder to find, particularly when they still have their original labels.

The original label can be found inside the shirt below the collar and is typically British. Interestingly the shirt is called 'K.D. Blouses, Tropical' and is a size number 2. It was made by 'F.H. Basset & Sons, Ltd' and bares the War Department broad arrow stamp.

The condition of the shirt is very good indeed. It does not appear to have seen any real use and there are no major signs of wear, damage or age. The cuffs feature buttons but the two situated above this have been removed at some stage, not that this greatly affects the shirt.

All in all a very nice shirt which would compliment any British Army collection. British made Khaki Drill items in this condition with their original labels present are becoming very hard to find!