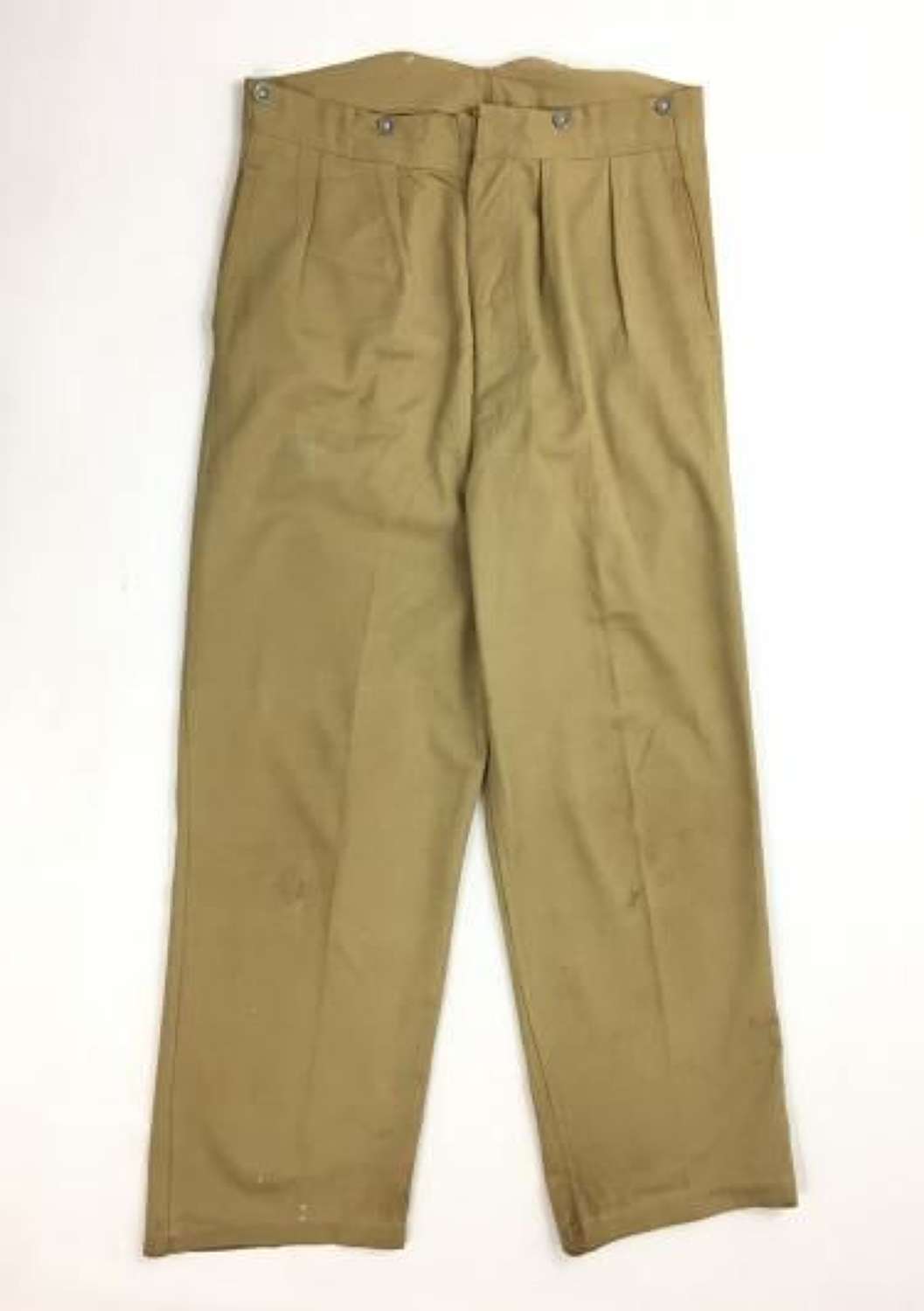 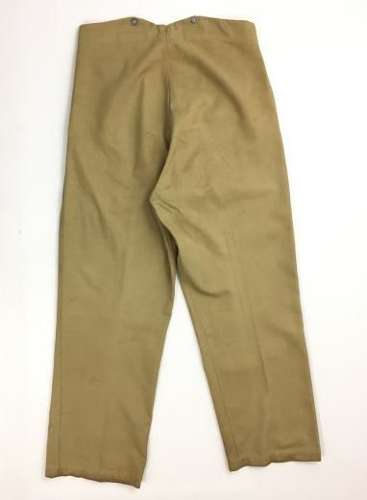 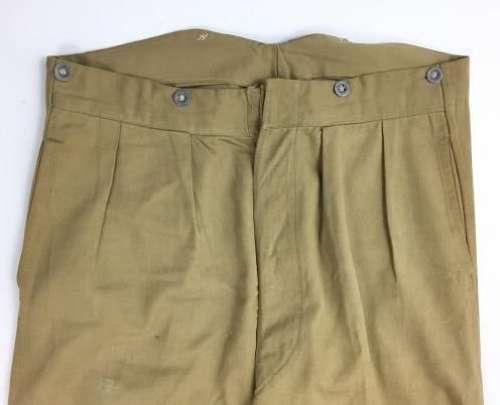 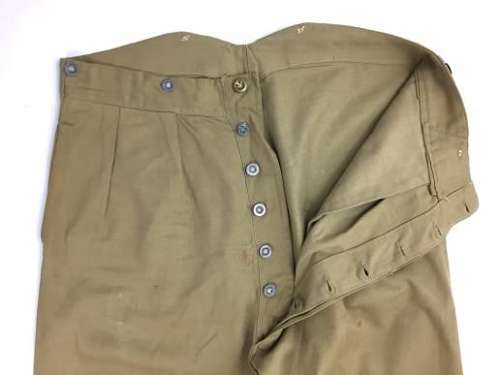 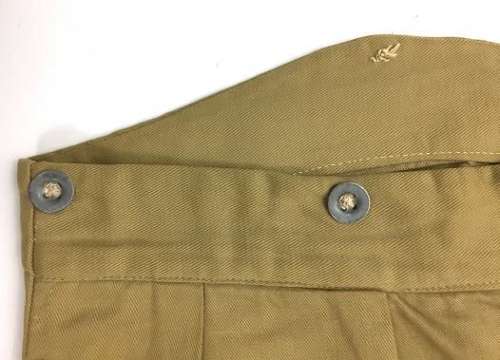 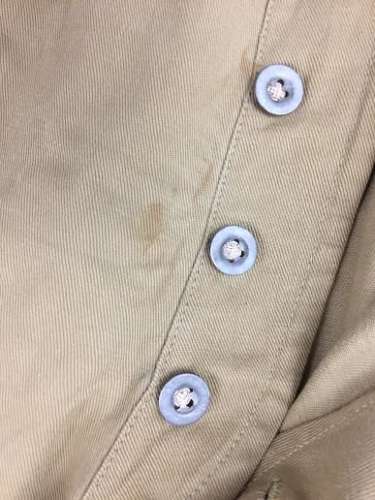 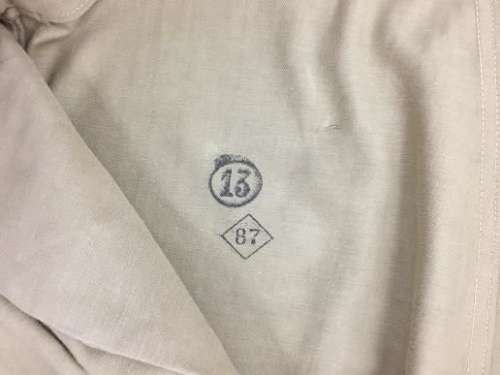 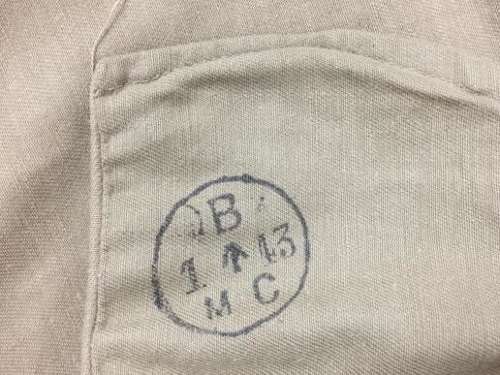 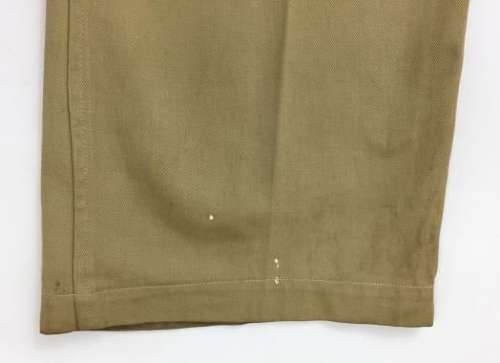 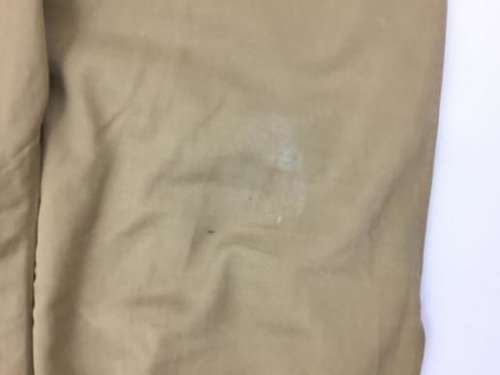 The trousers are made from the standard Khaki Drill cloth used for trousers and shorts and feature slash pockets to each hip. The trousers follow the pre-war service dress pattern and don't feature any rear pockets and have a slight fishtail back. The fly is a button type and buttons are also present around the top of the trousers to hold braces. All the original stamped metal Indian buttons are present except for the upper most fly button which has been replaced at some point with a period brass example.

The trousers are a good size measuring at 17" across the waist when laid flat meaning they should be a good fit on someone with around a 33-34" waist. The inside leg measures 29".

The general condition of the trousers is good and the display well. Overall they are pretty clean but there are various signs of use, particularly on the trouser legs. This is to be expected of a vintage item and I have done my best to show this in the photographs.

Altogether these are a nice pair of war dated trousers which display well and are a good wearable size.