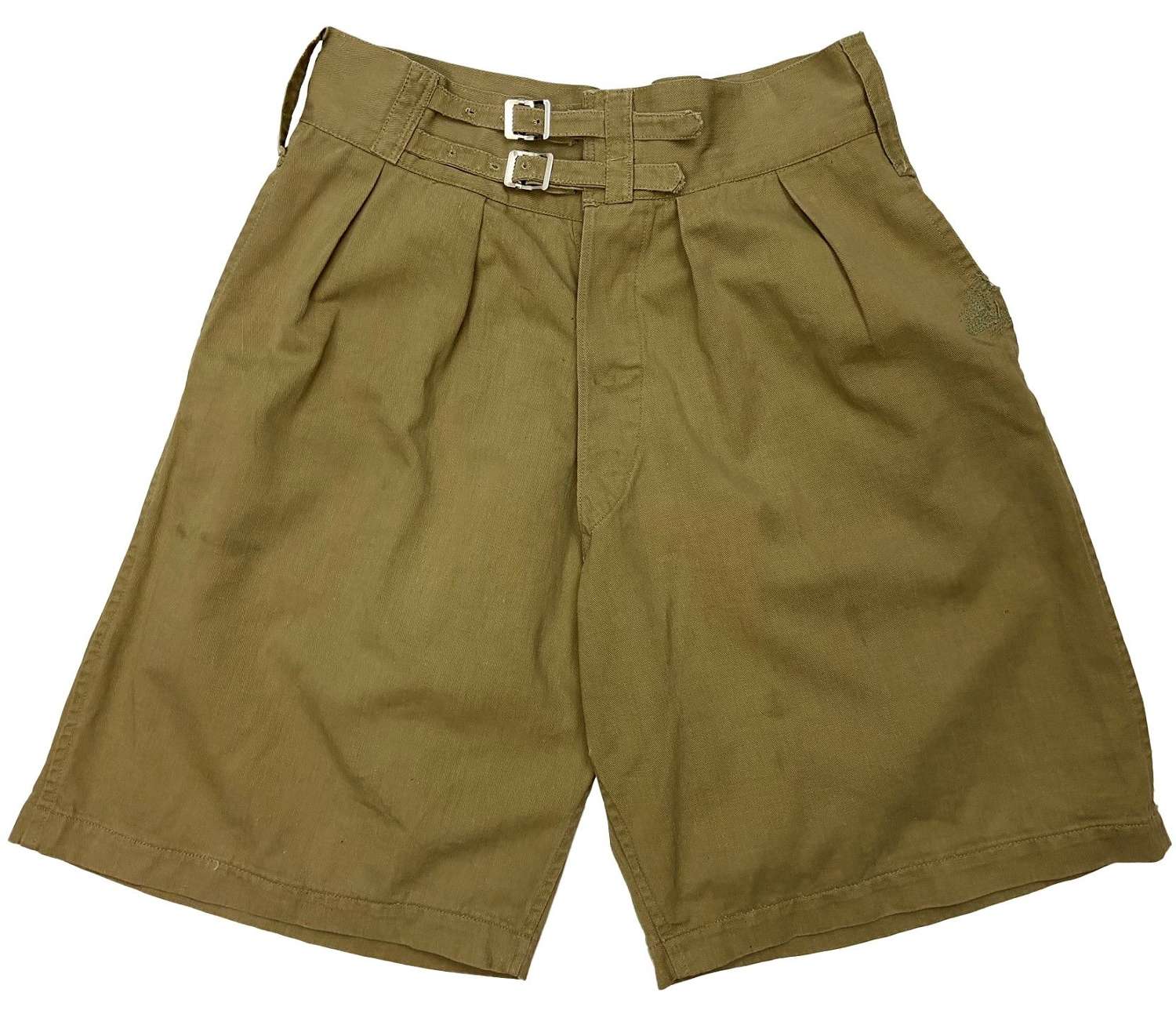 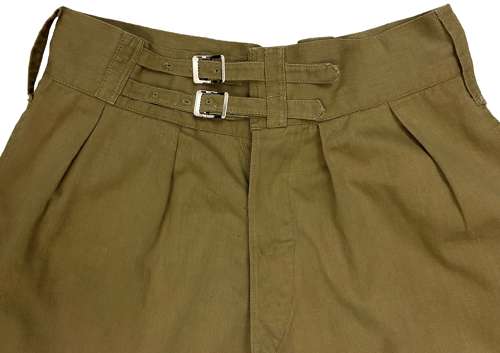 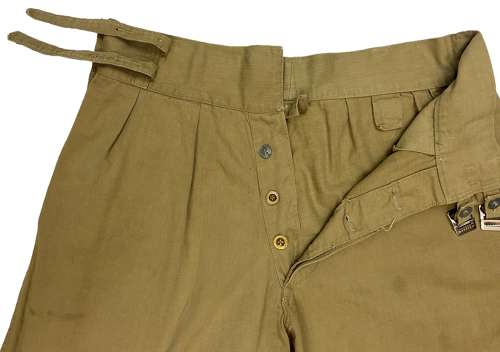 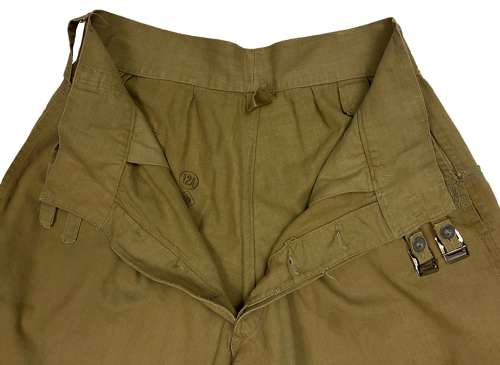 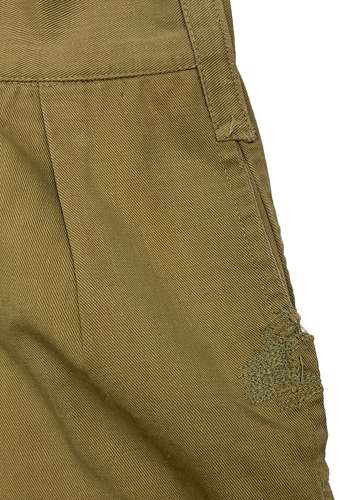 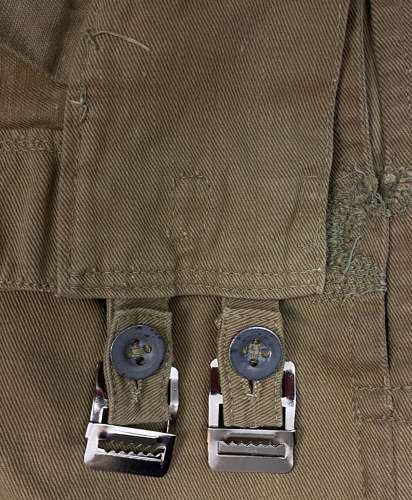 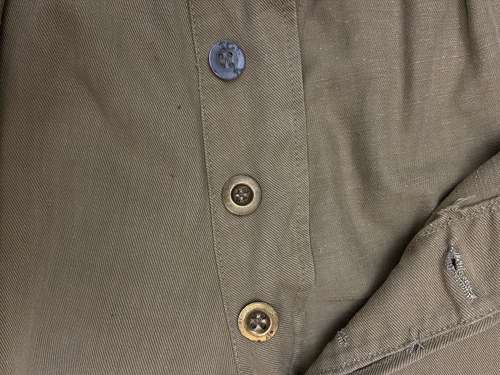 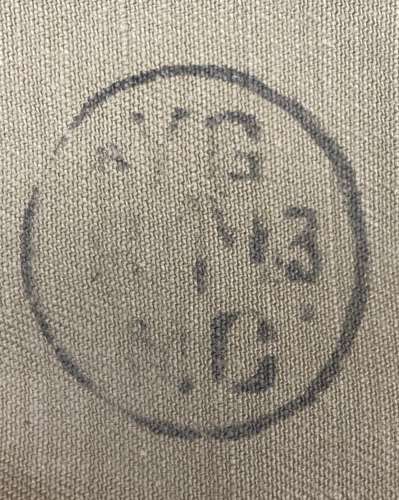 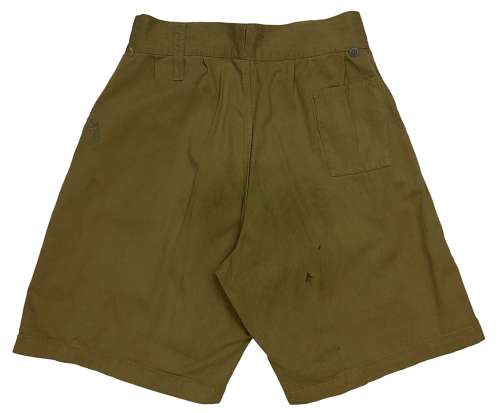 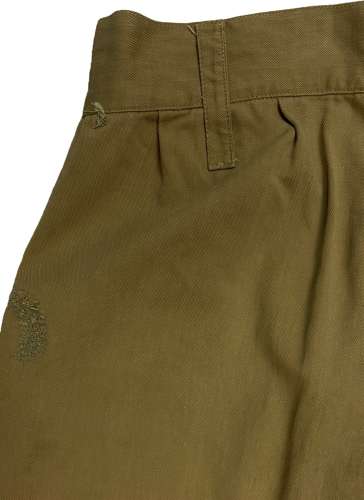 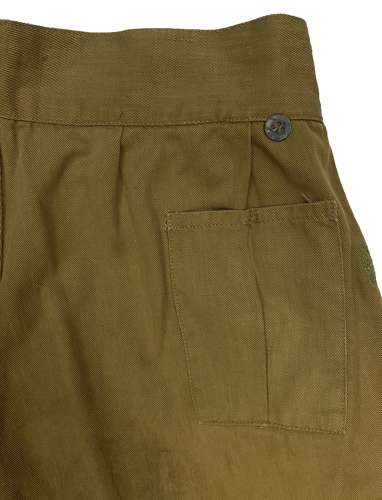 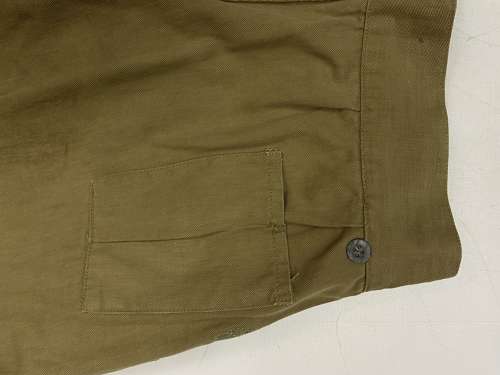 Indian manufactured Khaki Drill items such as this saw widespread issue with British troops throughout the Second World War in the Middle East, Far East and Italy amongst other places. This style with the double buckle closure is often referred to as 1941 pattern by collectors.

This particular pair of shorts are typical of wartime Indian made shorts featuring a First Field Dressing pocket to the rear and slash pockets to each side seam. The front of the shorts fastens with two buckles as was standard for British shorts in the Second World War. The rear of the shorts features a single stamped steel button and there is evidence of where another would have been. This would suggest that these were cut down from trousers which had buttons in this position which could be fastened to the battledress blouse and thus creating a suit.

The shorts feature a button fly as is standard with this pattern. A couple of original brass buttons have been used to replace the original buttons which are prone to failing off! One original stamp steel button is present to the fly and two more are used to hold the waist buckles in place.

Inside the shorts are the usual Indian stamps found in Khaki Drill items. The circular date stamp is present to the rear of the pocket bag and states the manufacture date as 1943. Another circular stamp can also be found to the interior which reads '12A' and most likely pertains to size.

The shorts are in very good condition for their age and display well. They have clearly been worn and laundered but have survived well with only minor soiling. There are some period repairs which have been very well done and are shown in the pictures. Please study the pictures as they form part of the description and bear in mind that these are a pre-worn pair of vintage shorts which may have other small issues commensurate with age.

Altogether a very good pair of British issue shorts with a clear wartime date. These would make a good addition to any collection and would suit both a collector or re-enactor well.