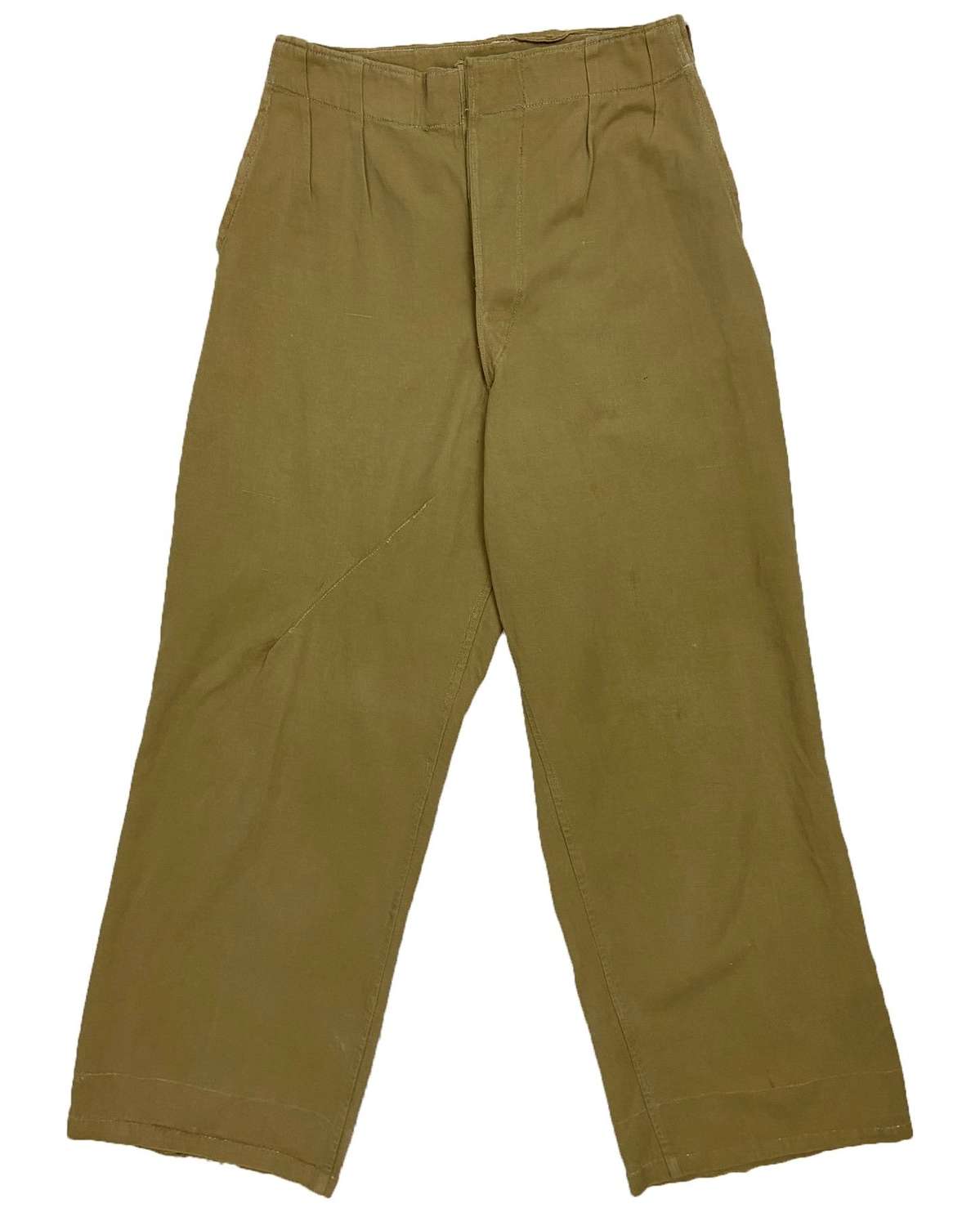 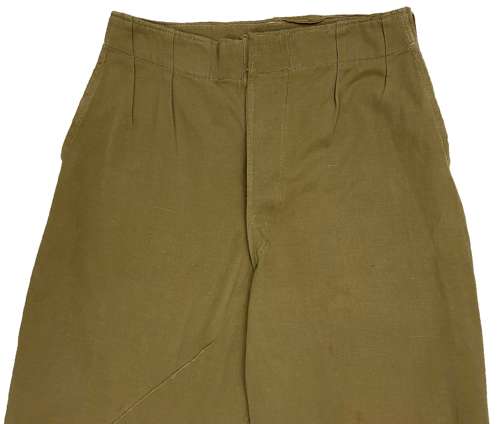 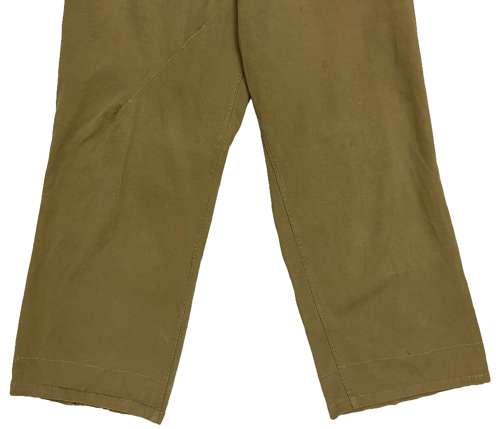 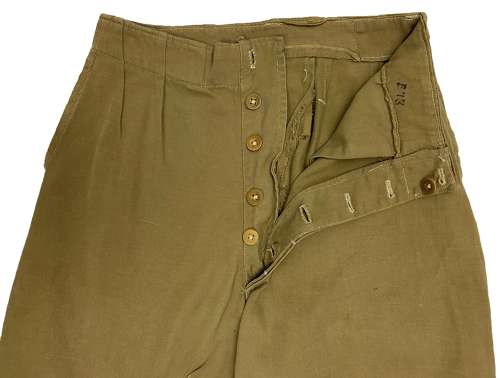 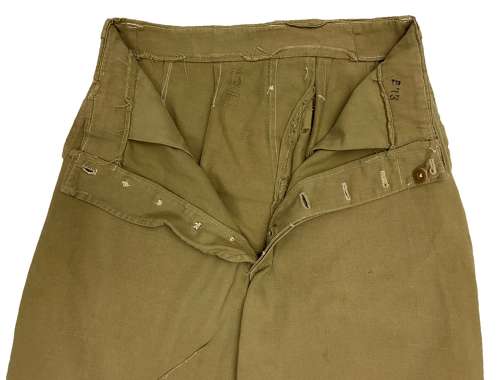 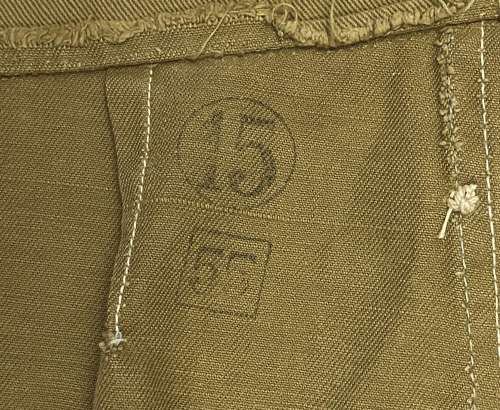 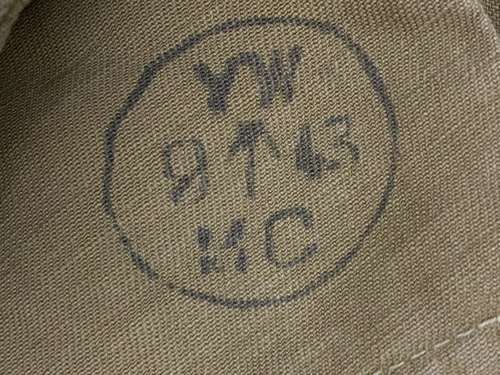 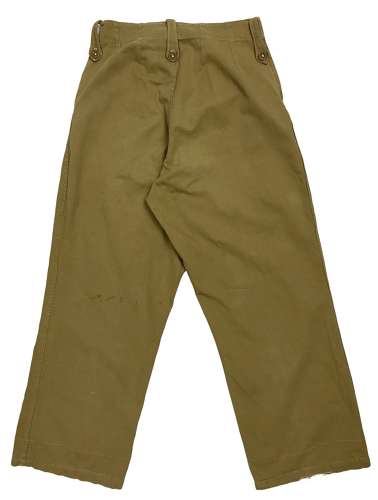 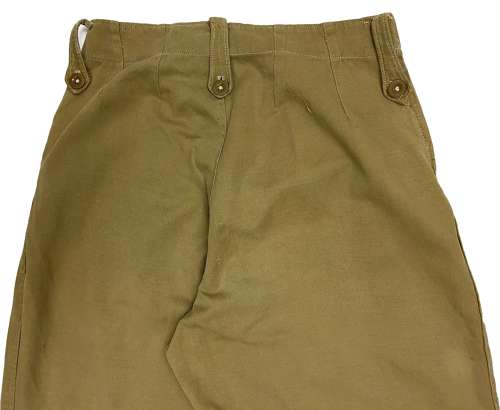 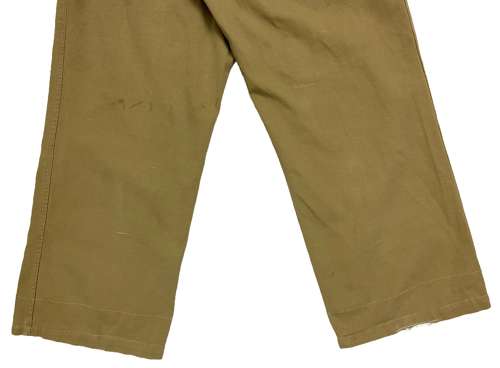 An Original pair of Indian Made British Khaki Drill Trousers dated 1943 and in good used condition.

The trousers are made from the standard Khaki Drill cloth used for trousers and shorts and feature slash pockets to each hip. The trousers feature and interesting twin pleat to the front which passes through the waistband and twin pleats to the rear. The fly fastens with butterscotch coloured horn buttons and belt loops are positioned around the waist and fasten with similar buttons.

Inside the trousers the original stamps are still present including the standard circular date stamp usually found on Indian made items. It bears the date of September 1943 as can be seen in picture 7.

The trousers are a smaller size which will suit someone of around a 28" waist depending on desired fit. When laid flat they measure -

The general condition of the trousers is good and the display well. There are some signs of wear and use with some staining etc. There is fraying to the cuffs and signs of where they have previously been shortened and let back out again. There is also a large repair to the left thigh. All of these flaws have been included in the pictures and reflect in the price so please study the before purchasing.

Whilst not the finest pair of trousers ever, these are a genuine war dated pair with some great details!