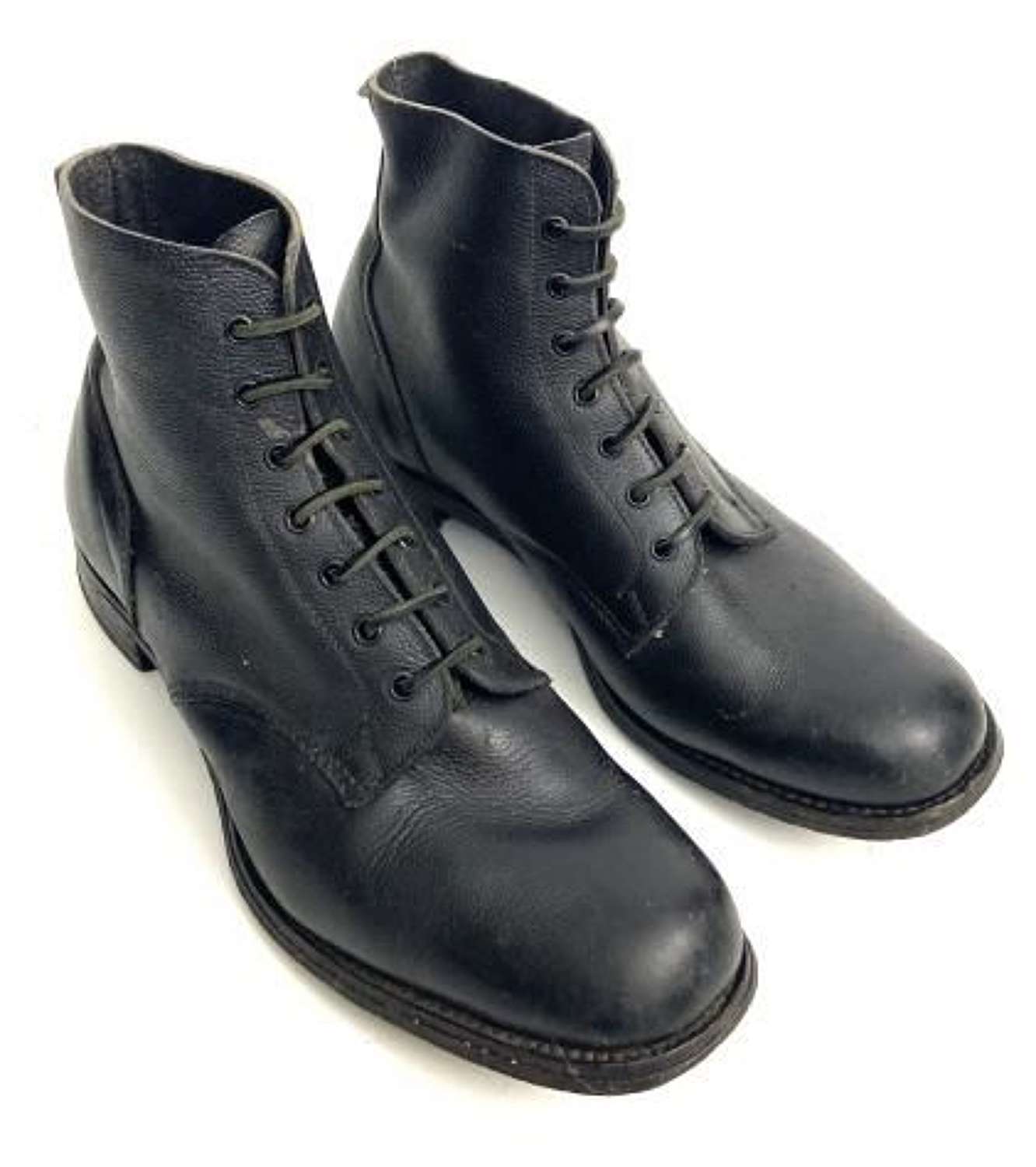 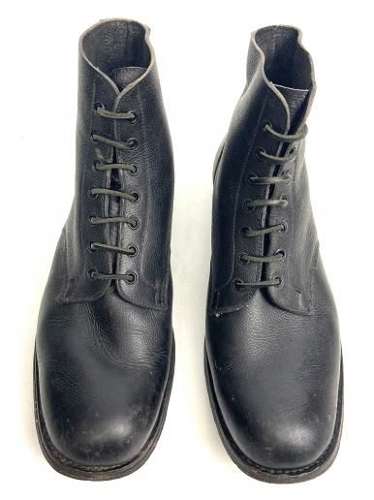 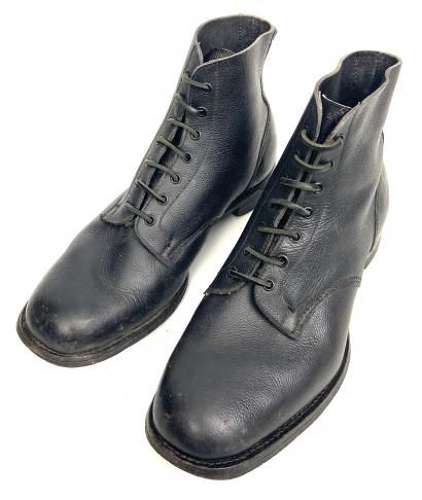 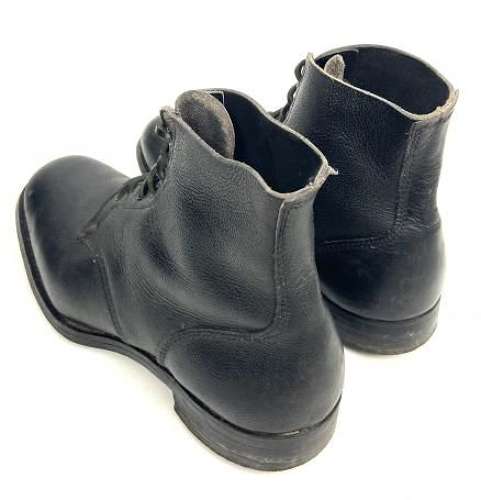 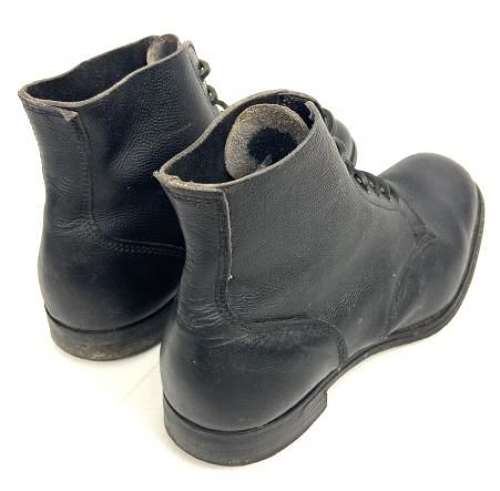 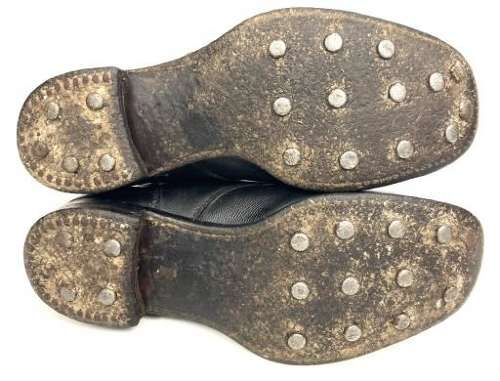 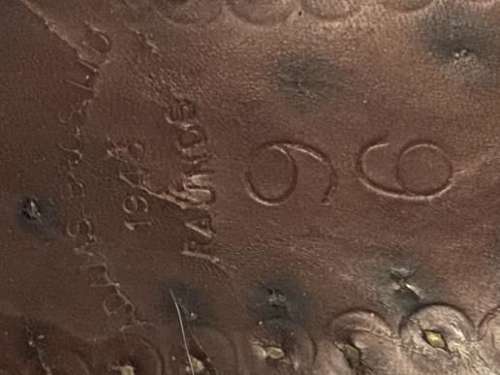 Whilst the British Army used a different pattern of boot which featured a toe cap; the RAF, Royal Navy and Home Guard all favoured this pattern. They are less common to find today, especially with a good date and in a large size.

The boots are made from a back pebbled leather and feature 7 black painted eyelets. A set of new leather laces of the correct pattern have been fitted to complete the boots. The soles are also made of leather, as are the heels. Both are fitted with the flat pattern of studs which were most commonly used during the war.

Inside the boots the insoles feature the makers stamp which reads 'ADAMS BROS LTD' and features the 1943 date and the size, 9.

The condition of the boots is good as can be seen in the pictures. They have clearly been issued and had some use but overall appear to be sound and display well.

A nice pair of war dated boots which would make a great addition to any collection.