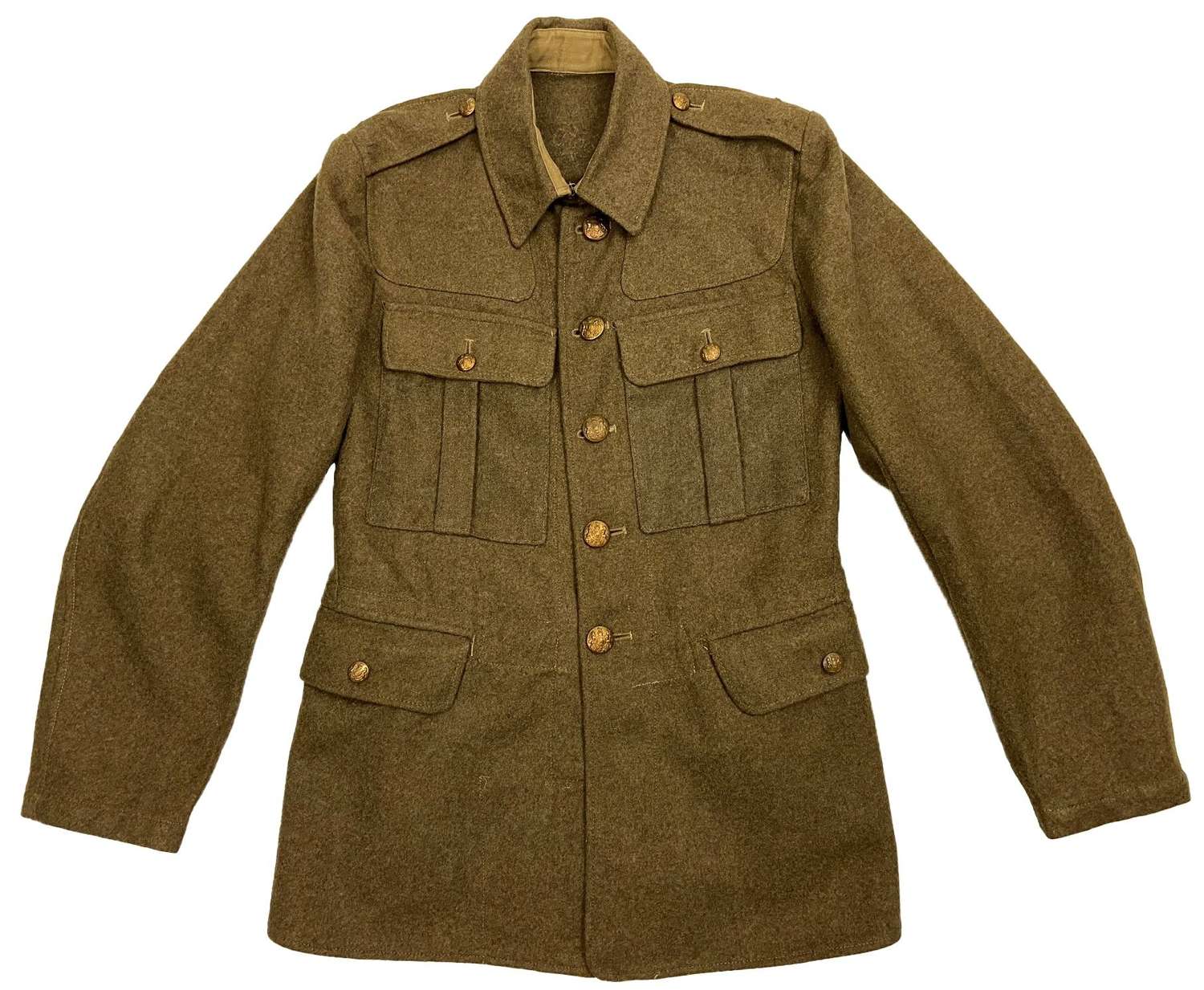 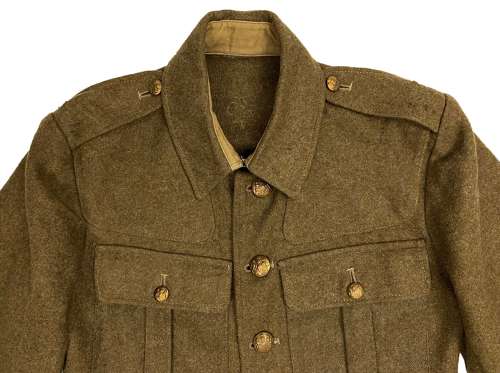 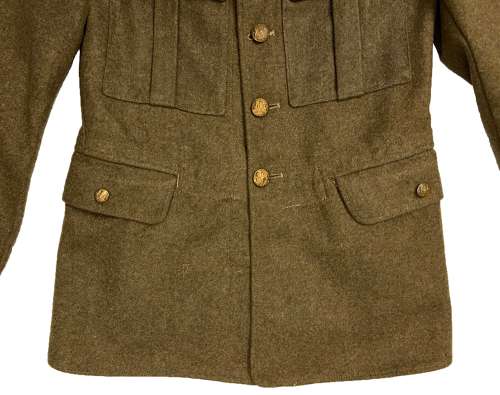 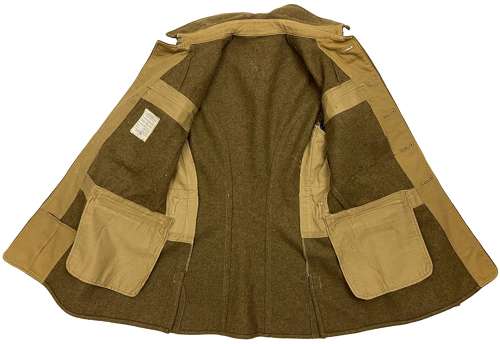 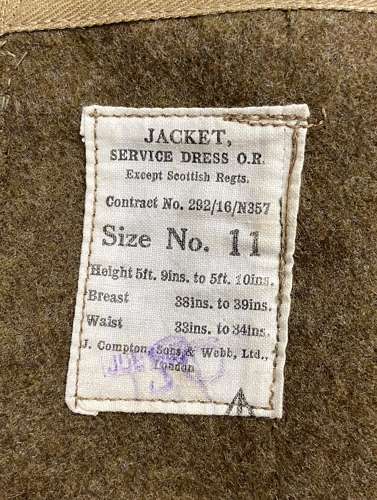 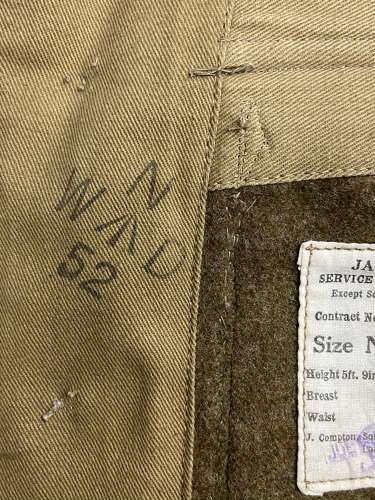 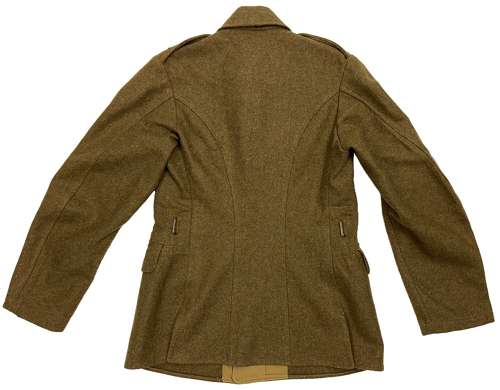 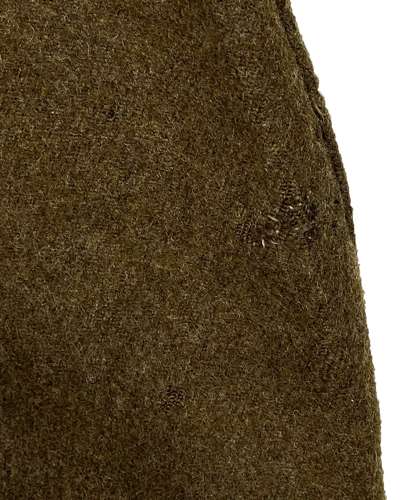 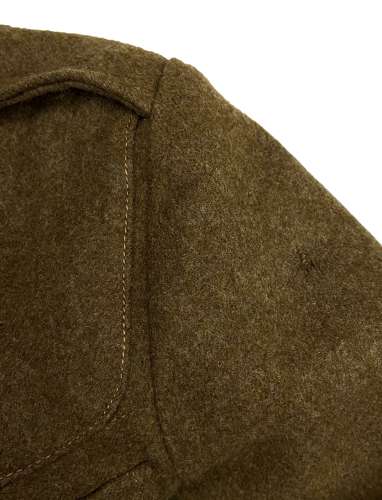 This pattern of tunic closely resembles the tunics worn by the British Army during the Great War but came into use during the inter-war years. The 1922 pattern tunic was still widely in issue at the outbreak of the Second World War and saw issue throughout the war with MPs and Warrant Officers amongst others.

The tunic features a full set of brass Kings crown brass buttons and brass belt hangers in the waist. The lining is the standard khaki drill type used in these tunics during WW2. Pleated breast pockets are located to the chest whilst the lower flap pockets have had buttons added to the flaps to give them the impression of a functioning button hole. These buttons are held on with period brass split rings.

Inside the tunic the original label is still present and is bright and legible. It states the maker's name as 'J. Compton , Sons & Webb Ltd' and the size of No. 11. The broad arrow marking is present as are details pertaining to size.

There is also a War Department acceptance stamp which is surmounted by the letter n which denotes 1943 as the year of issue.

The jacket is in excellent condition with only limited signs of wear and use. Overall it displays very nicely and has a very fresh appearance although there are two small areas of damage which are detailed in the pictures.

This jacket would be ideal for the collector or re-enactor alike. The condition is excellent for an original wartime dated jacket which is now becoming hard to find.