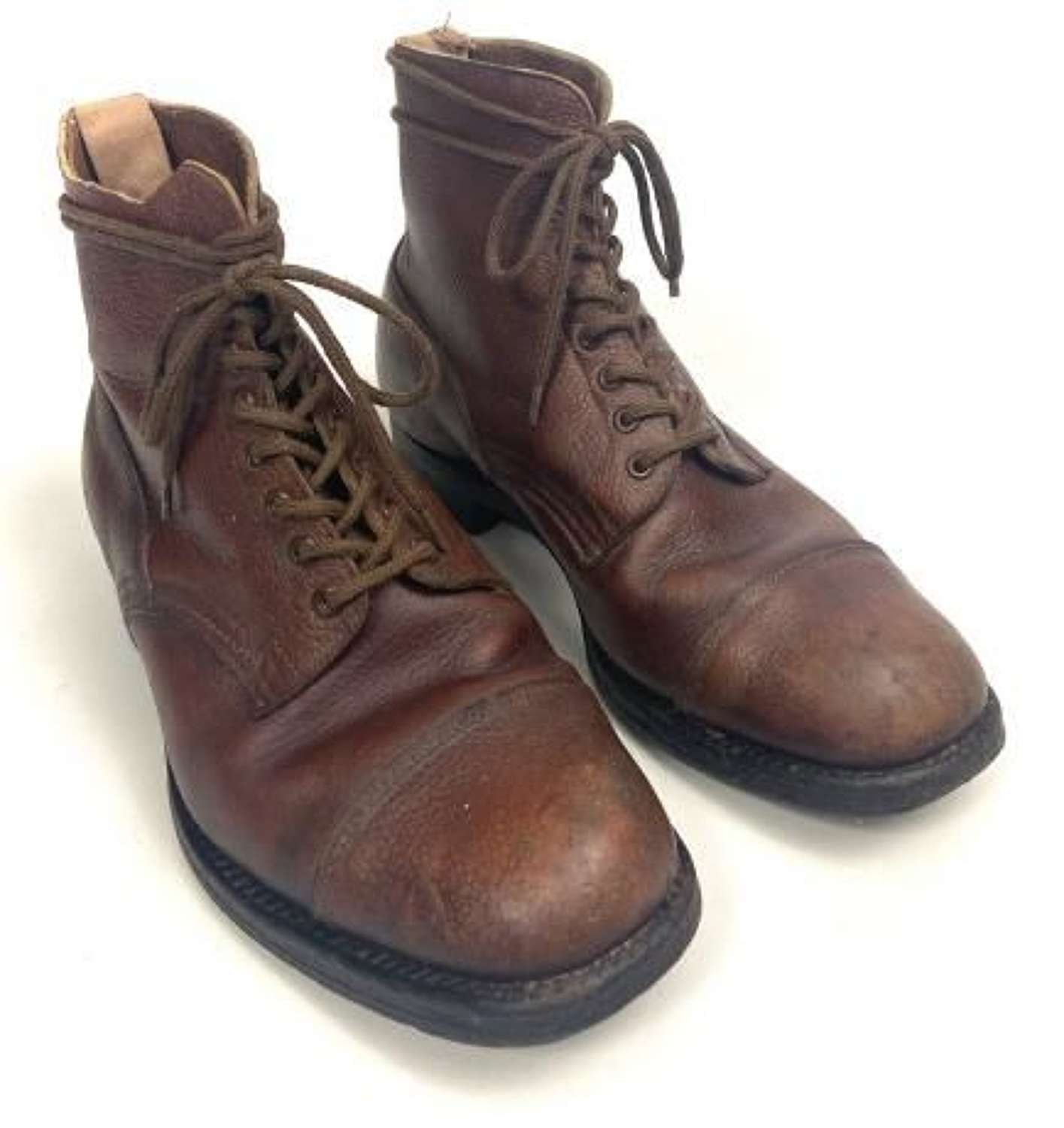 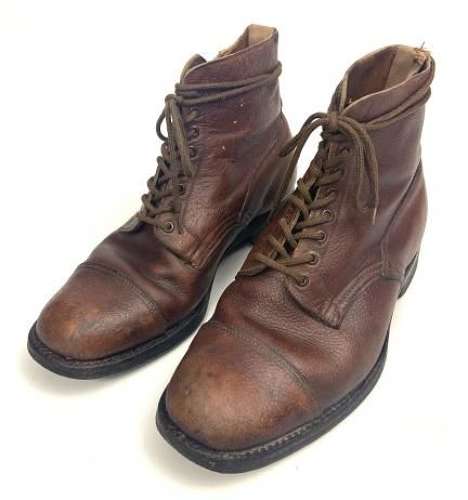 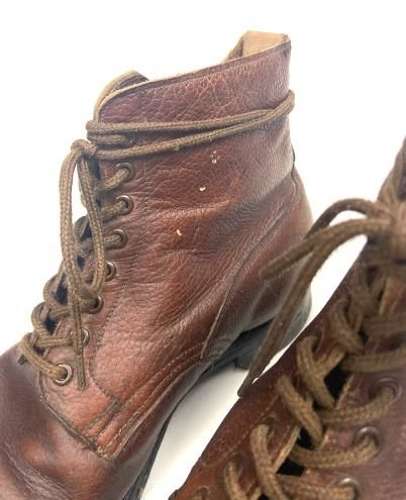 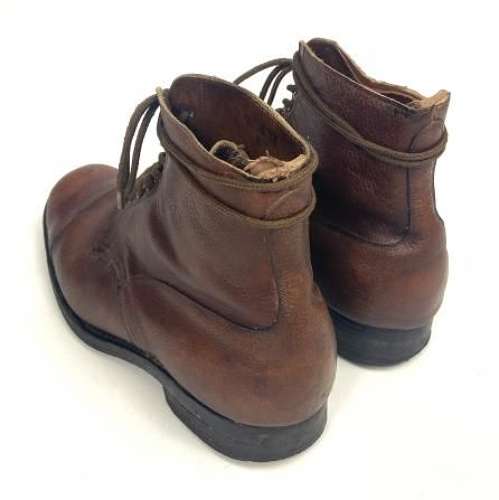 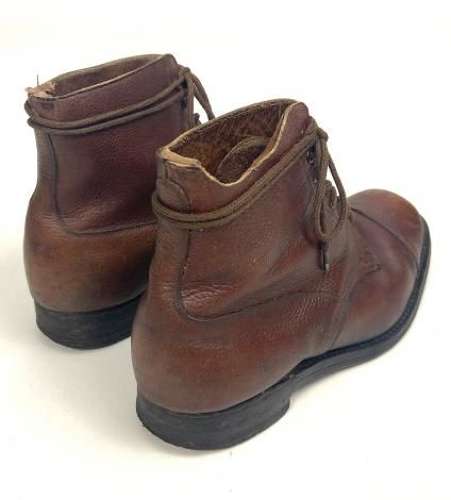 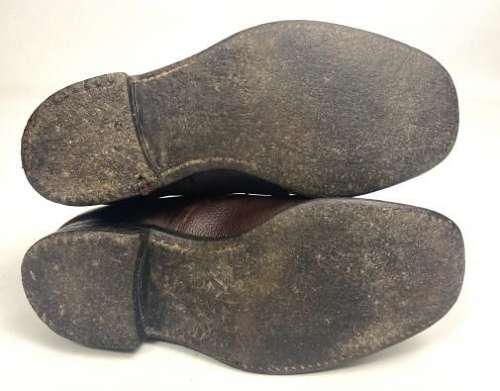 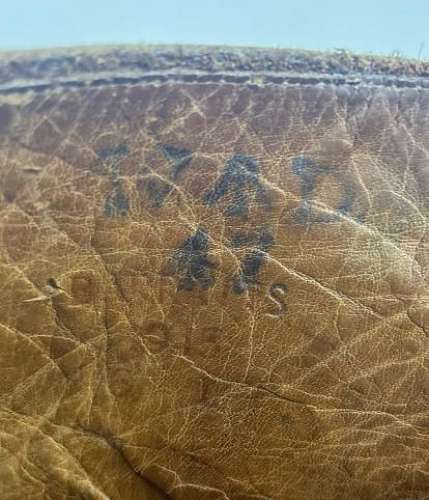 SOLD
An original pair of British Army Officers Brown Leather Ankle boots made by 'Barratts' in 1943.

These boots belonged to an officer of the Royal Norfolk Regiment who fought during the Second World War. They were made by 'Barratts' who were a prolific Northampton boot and shoe makers for many years.

The boots follow the standard pattern used by British Army Officers during the Second World War. Made from a pebbled brown leather, the boots feature a stitched toe cap, leather soles and are also leather lined.

Inside the boots the makers name of 'Barratts' is marked as is the 1943 date and the size - 6. Over this is also a War Department broad arrow issue stamp which is a nice period addition.

The boots are in good wearable condition by the looks of them and display well. They do have signs of age and wear as is to be expected with a pair of boots which are over 75 years old. A section has been cut out around one of the ankles and appears to have been done for a purpose, although what exactly is unclear.

Altogether a nice original pair of wartime boots with some guaranteed wartime history. They would make a great addition to any collection without a doubt!