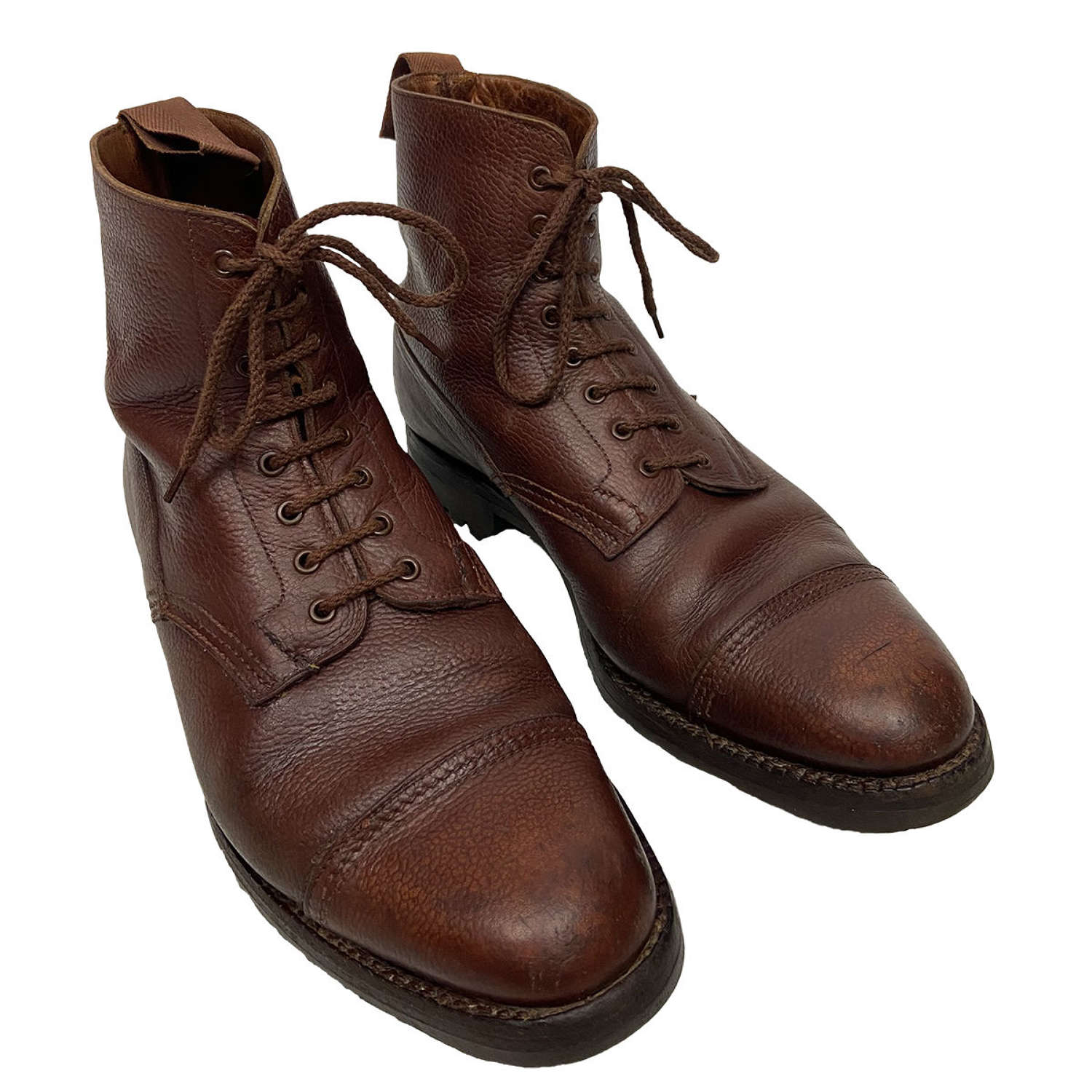 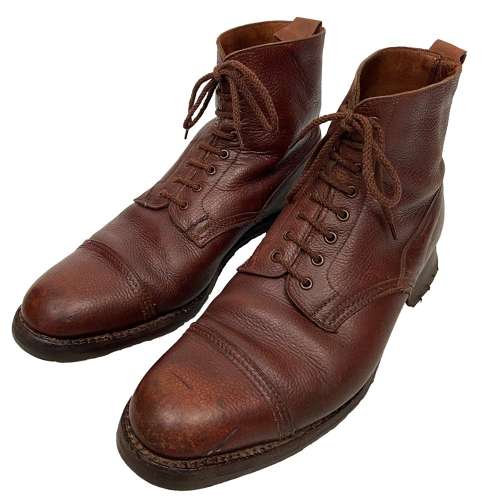 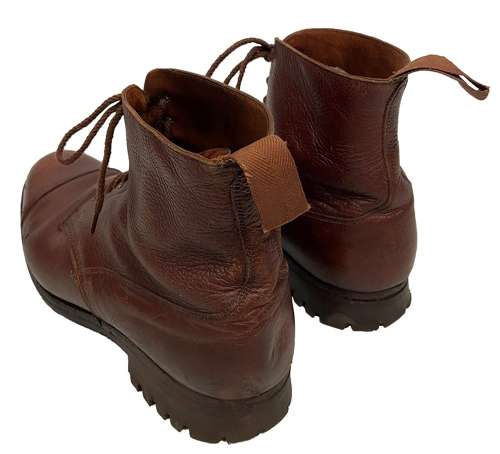 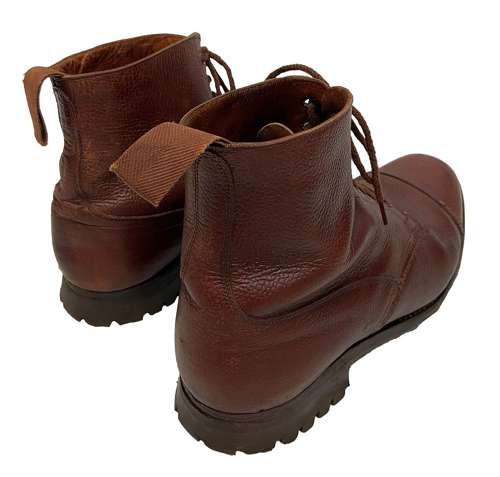 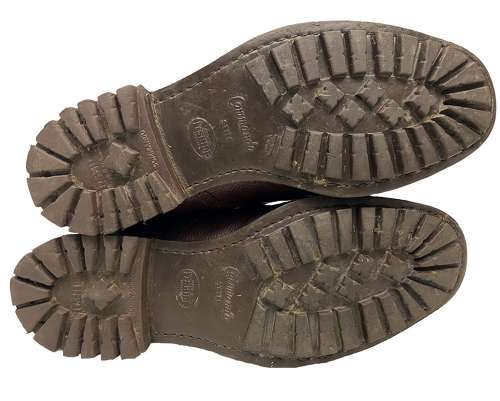 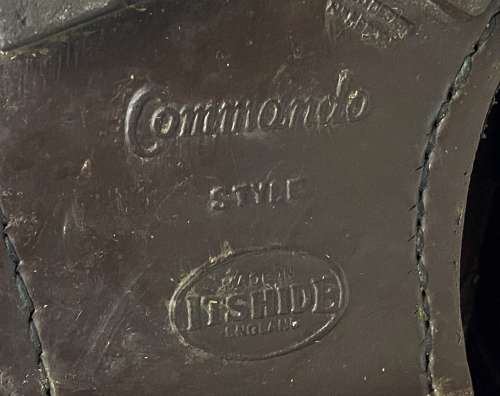 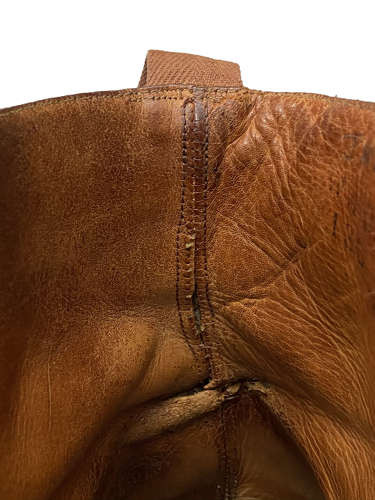 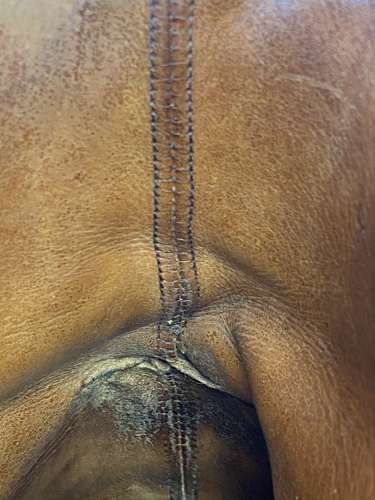 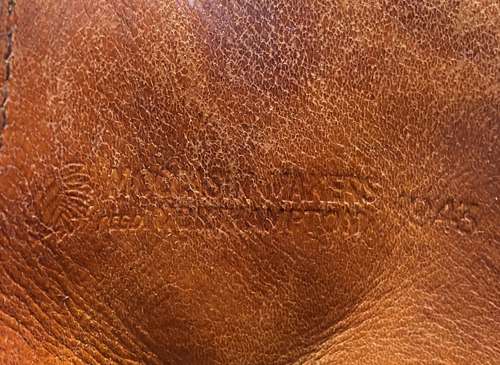 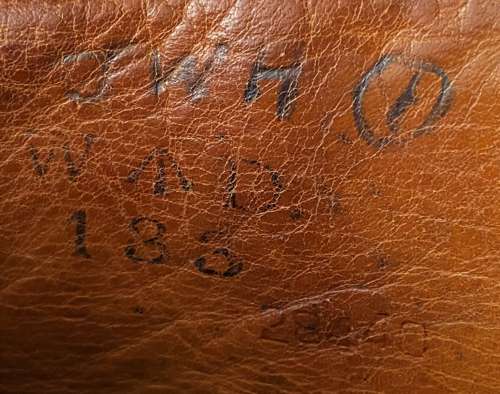 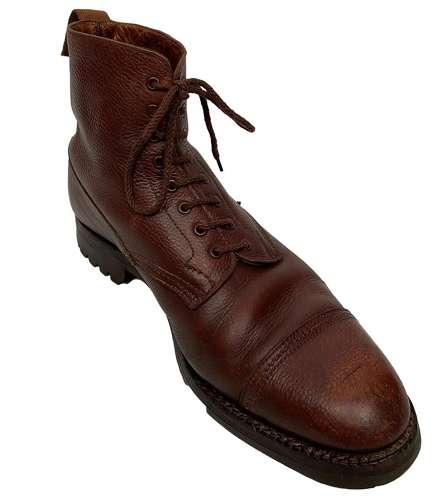 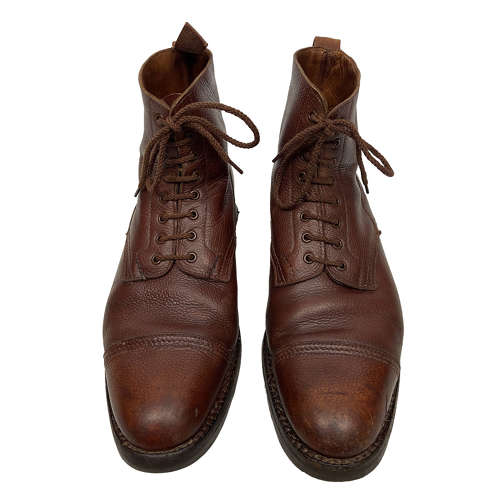 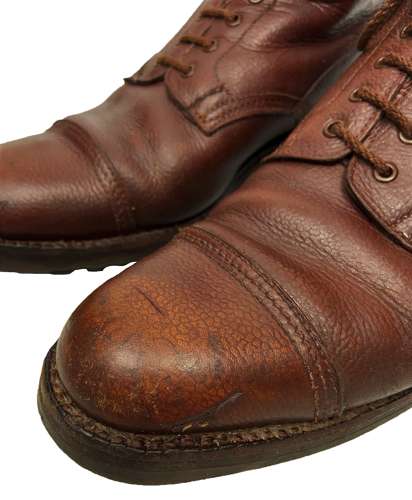 These boots are typical of those worn by British Army Officers throughout the Second World War. They are made from a brown coloured pebbled leather and feature a stiched toe cap, eight eyelets and a fantastic spade sole shape. Cruicially they bear not only the 1943 date to the interior, but also the War Department broad arrow marking which confirms these are military issue.

The boots are leather lined making them of far superior pair of boots to those issued to the rank and file. They also feature a rubber 'Commando' sole, sometime referred to as 'SV Soles', made by 'Itshide'. This type of sole was used during the Second World War by elite units including the SAS and the Commandos.

Inside the boots the original makers name of 'Moccasin' can be seen. As well as this the original owners has marked his initials in ink whic read 'J. W. H'.

The boots are in good condition as can be seen in the pictures. They display very well with some signs of wear and age. The leather lining to the interior has a small section where the stitching has come away to each heel although this does not overly detract from the boots.

Altogether these are a fantastic pair of original boots with a clear wartime date, beautiful spade sole shape and a commando sole. These would make a great addition to any collection!