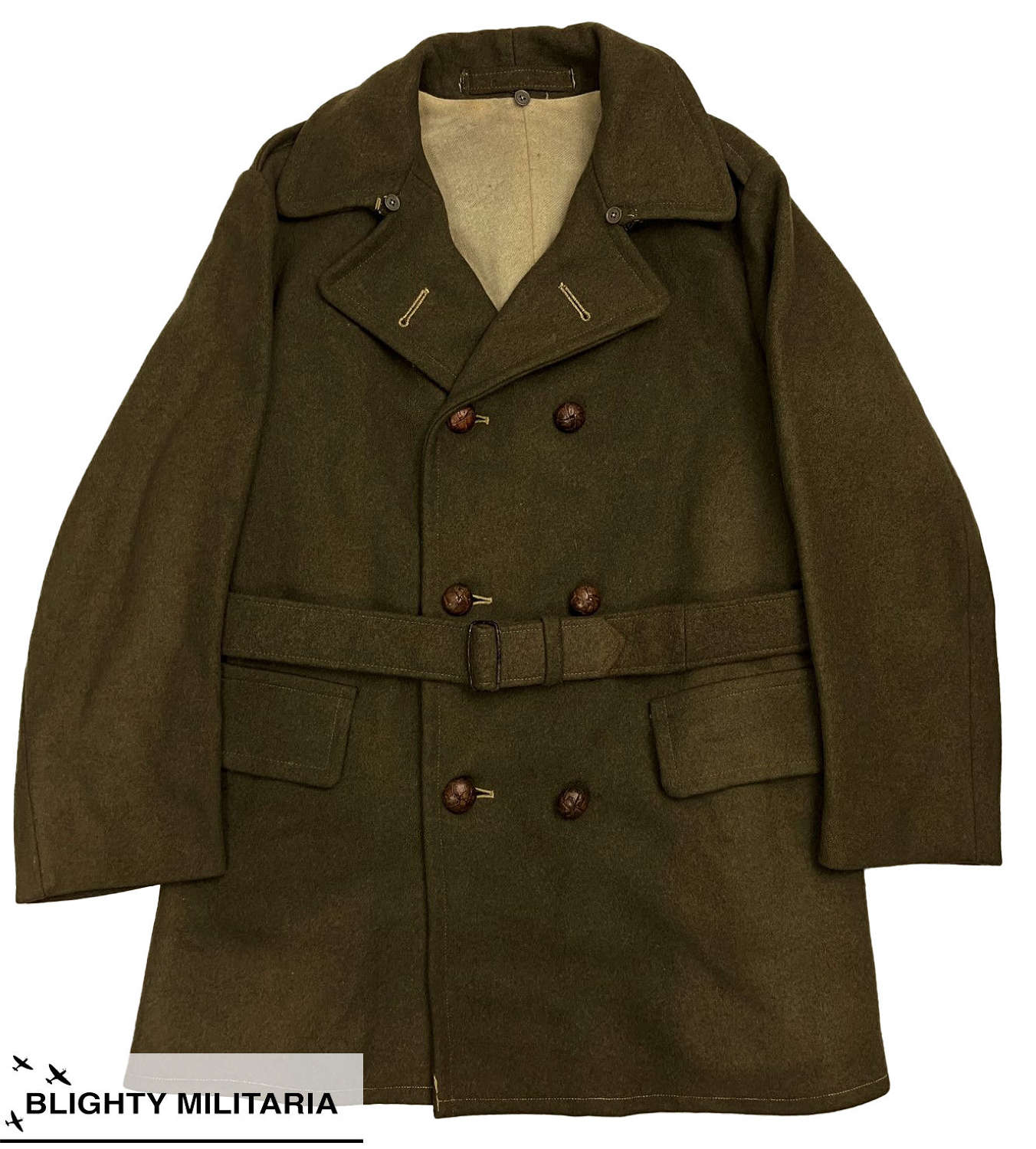 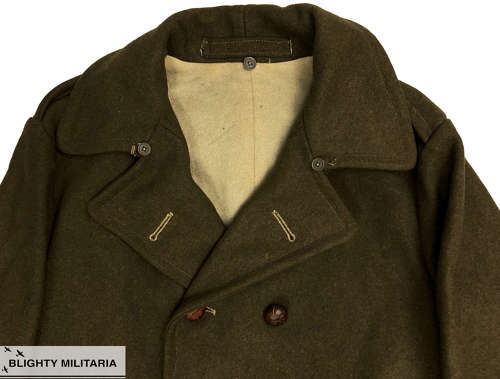 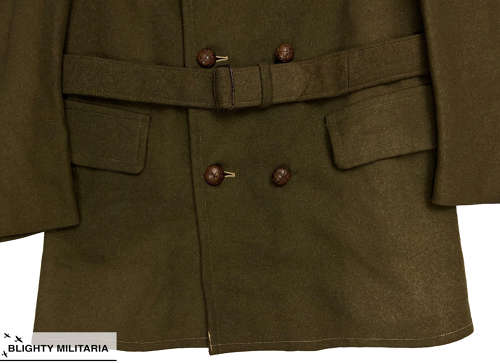 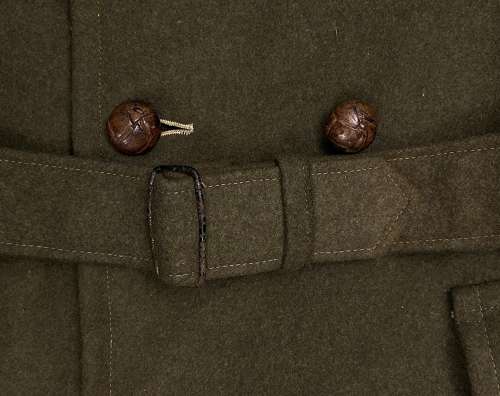 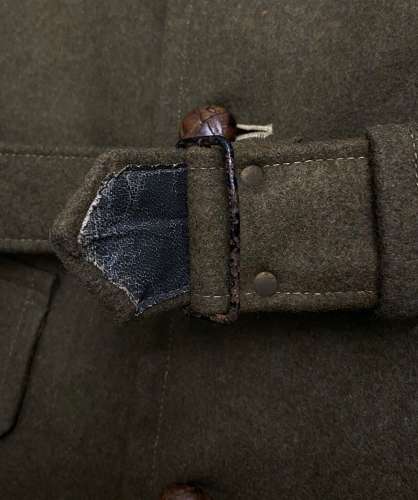 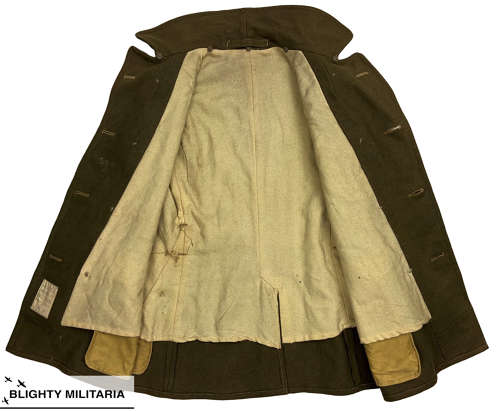 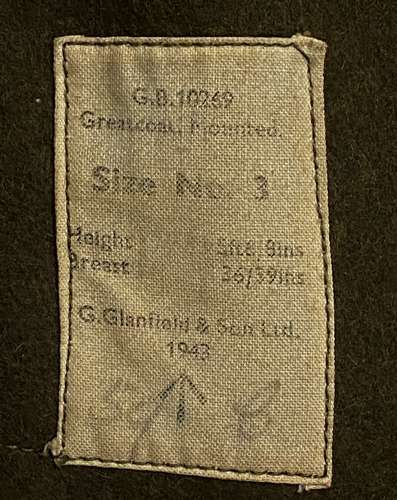 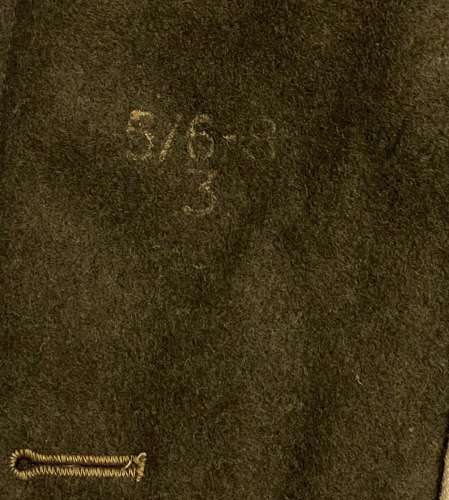 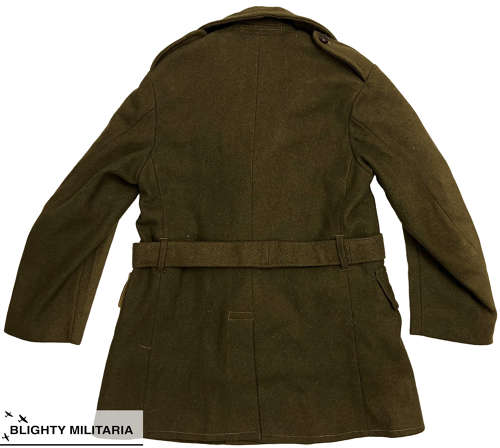 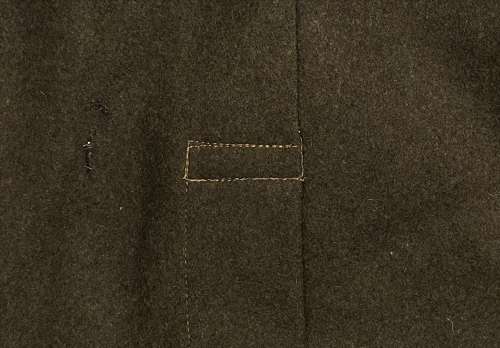 A fantastic original 1943 dated British Army Mounted Pattern Greatcoat which has been converted by an officer.

This jacket started life as a standard issue mounted pattern greatcoat as worn by armoured and mounted regiments in the British Army. It has been modified by an officer, almost certainly in the winter of 1944-45 when conversions like this were extremely popular. The coat has been shortened allowing a waist belt and loops to be made from the excess material. The belt features a metal buckle which would have originally been covered in leather. The buckle is held in place with two metal rivets (picture 5) and the whole belt is backed with a rexine material which is typical of European items from this period. The original buttons have been replaced with leather football buttons as were popular with officers and more buttons have been fitted around the collar which would have held on a fur collar - another typical trait of jackets converted during the last winter of the war in North West Europe.

The coat is made from the standard khaki green coloured blanket serge. This looks to have a mottled look in the pictures although it does not - It is a trick of the light and must be discounted. Flapped pockets are located to the lower portion and the interior is lined with a white blanket wool.

The original label is still present to the interior and is legible. It bears the title 'G.B. 10269 Greatcoat, Mounted' and the size is marked as No. 3 which is designed to fit someone 5' 8" tall with a 36-39" chest. The maker's name is also present and reads 'G. Glanfield & Son Ltd' below which is the 1943 date and the War Department broad arrow marking.

When laid flat the coat measures -

The coat is in good condition overall with some signs of age and wear. It displays well and is still very wearable but please take time to study the pictures and bear in mind that this is a vintage, pre-worn coat which may have small issues commensurate with age.

A fantastic converted coat which is typical of those worn in the winter of 1944 and 1945 in North West Europe!