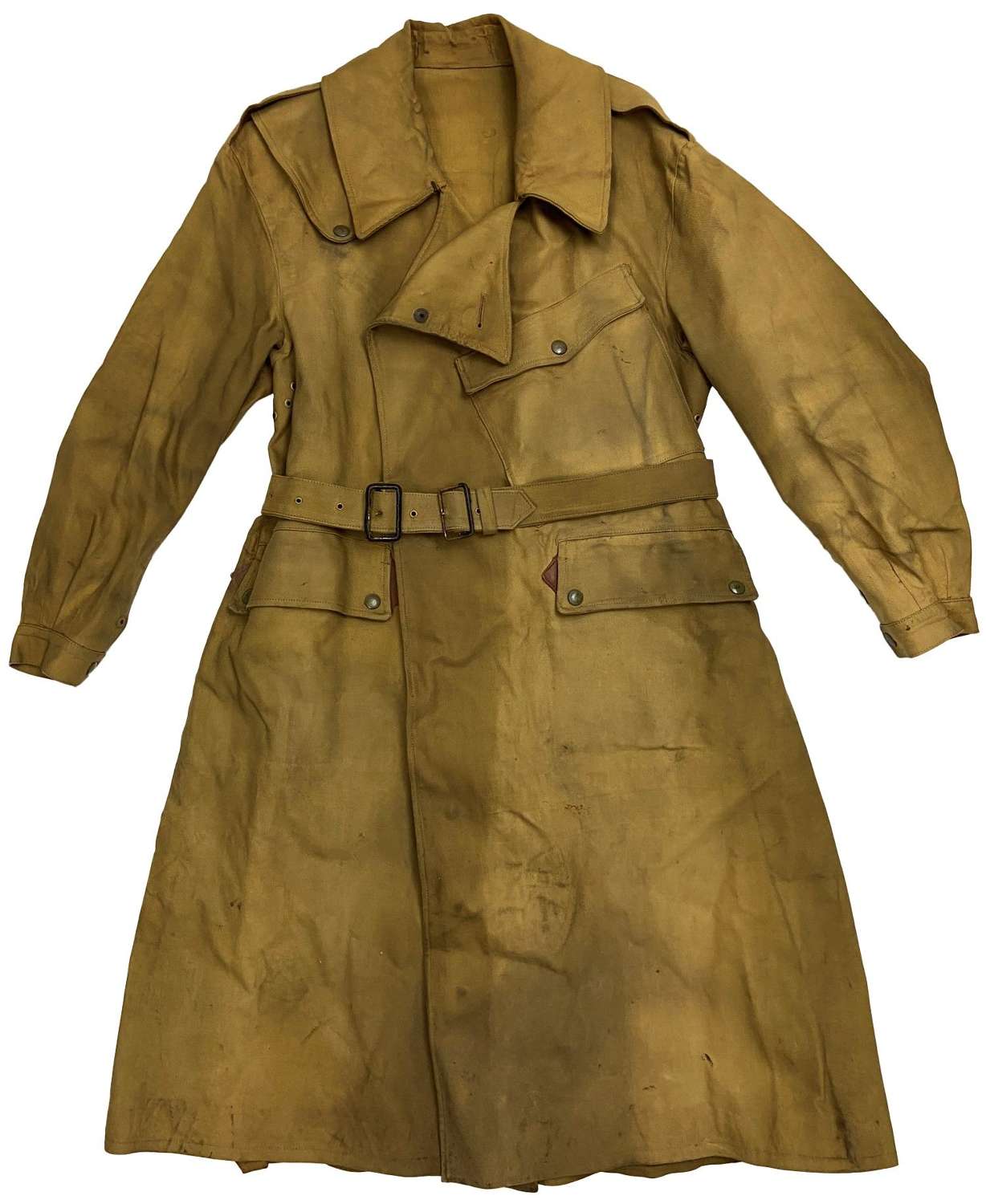 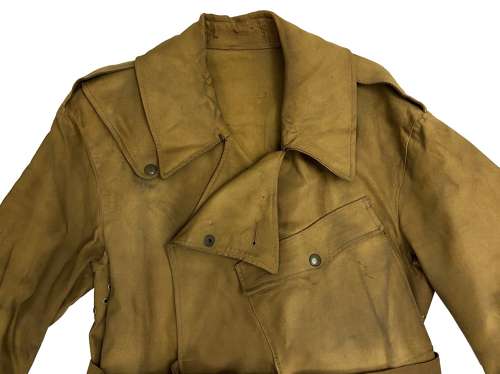 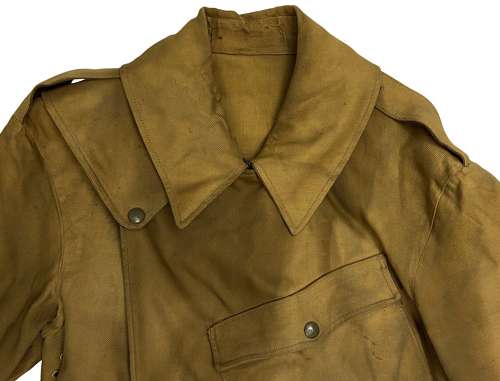 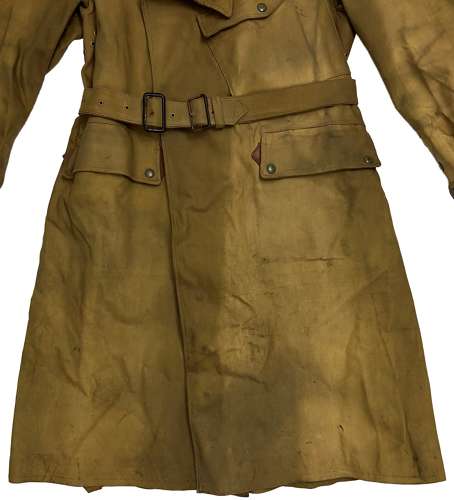 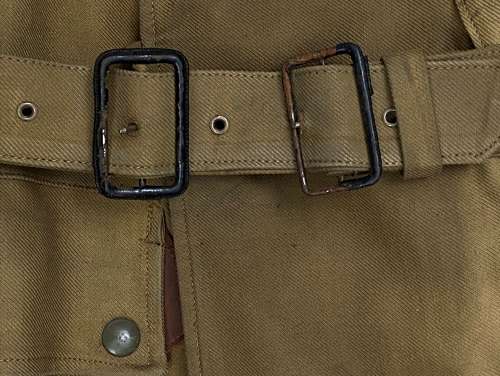 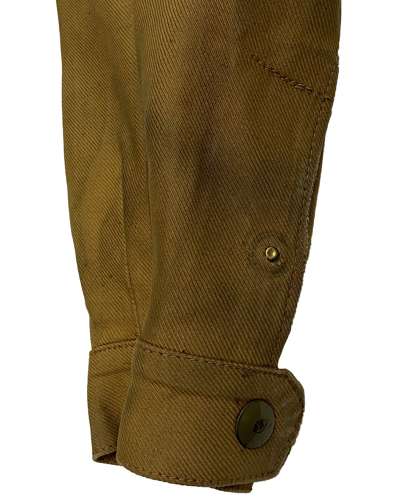 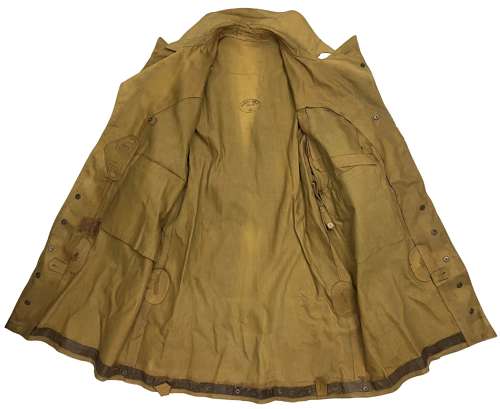 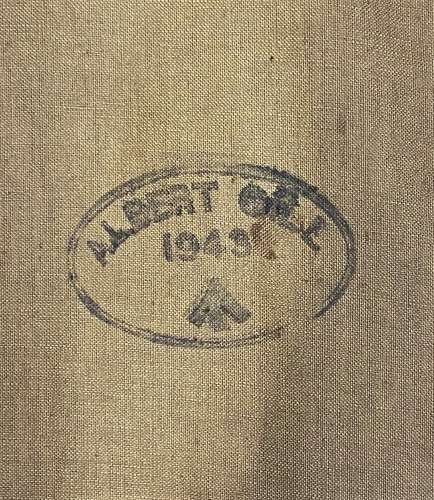 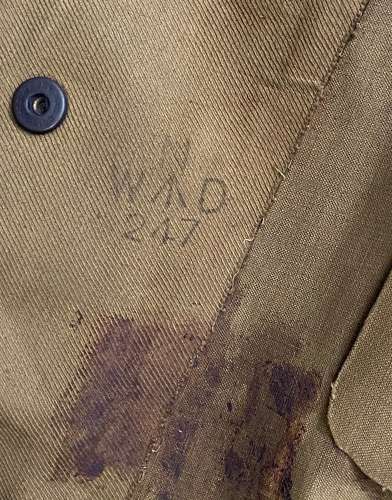 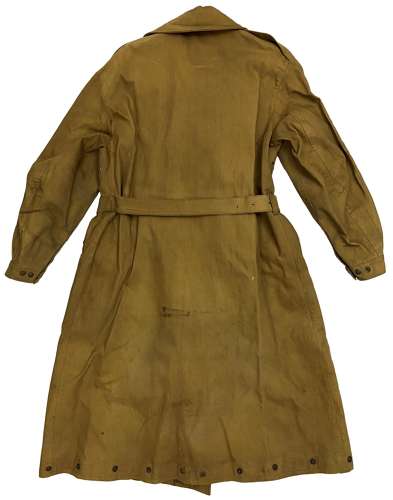 Inside the coat the original stamps are still present. The makers name and date read 'Albert Gill 1943'. There is also a War Department acceptance stamp which is surmounted by the letter 'N' and denotes 1943 as the year of issue. There is also evidence of where the original label was glued into the interior of the coat.

The coat is cut large as it is designed to be worn as an outer, waterproof layer over the top of a uniform. When laid flat it measures -

The coat is in good condition with some stiffness as is common to find. One of the leather covered waist buckles still retains its leatherwork whilst the other has been partly removed. One of the pop studs on the sleeve is broken as can be seen in the pictures but overall it displays well.  Please study the pictures before purchasing and bear in mind that this is a pre-worn vintage item which has some issues commensurate with age.