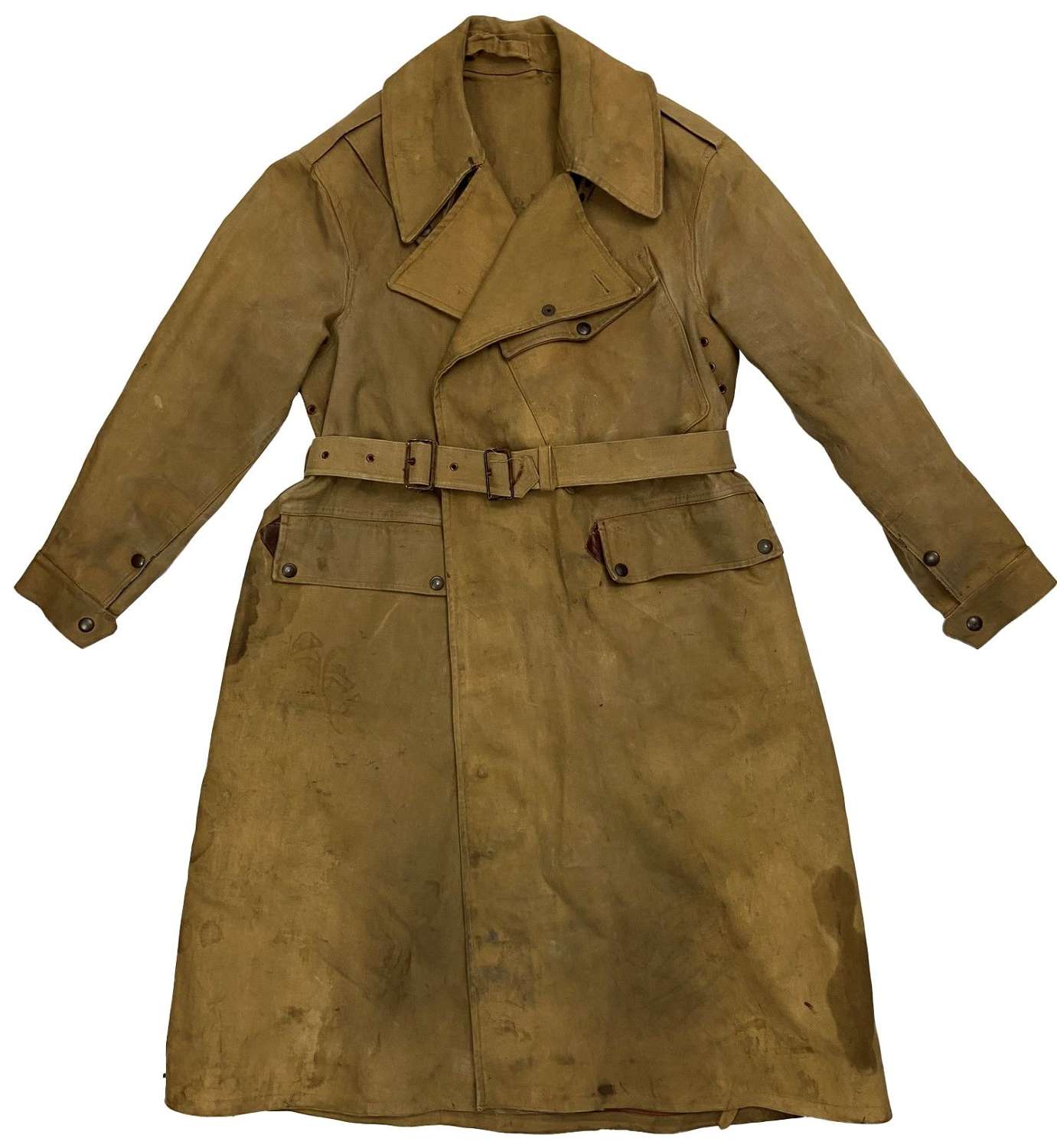 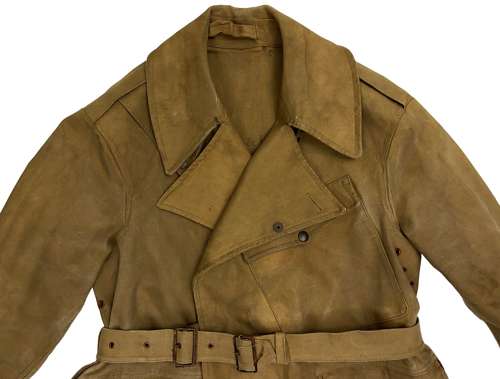 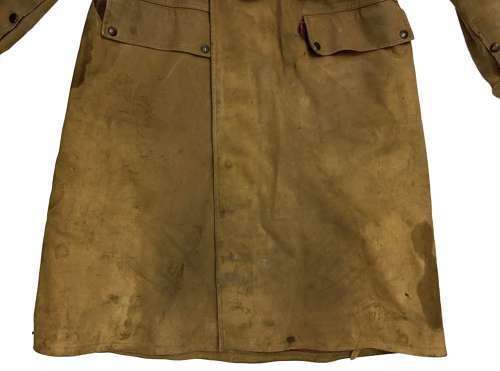 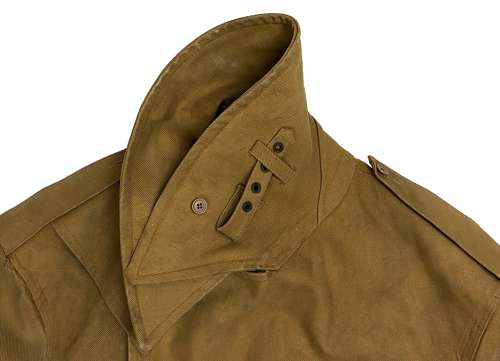 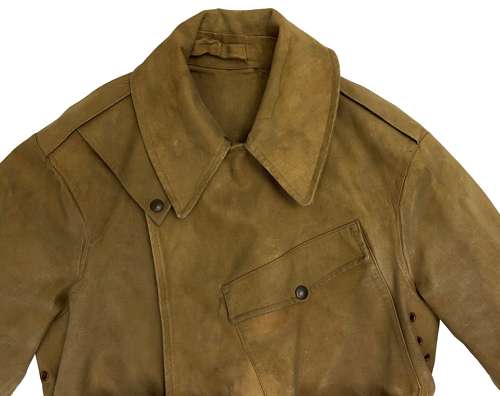 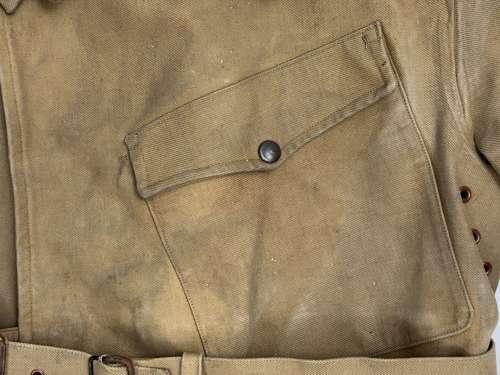 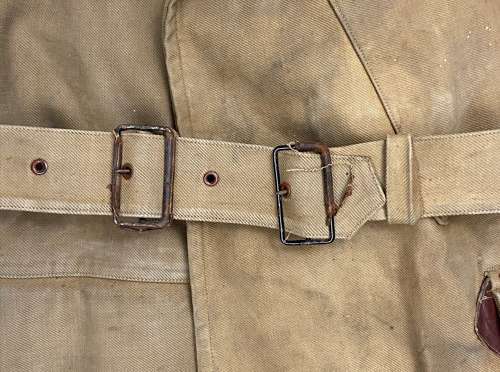 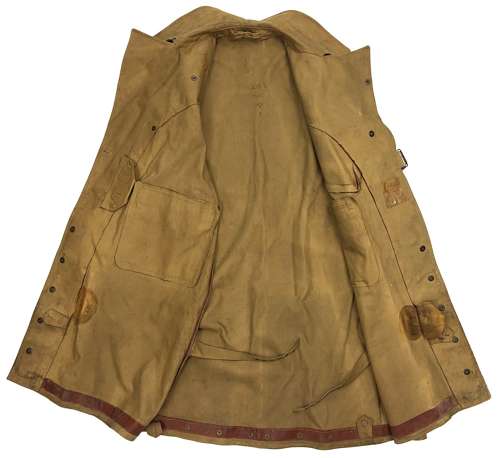 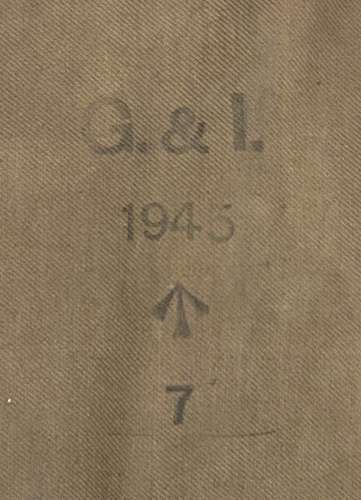 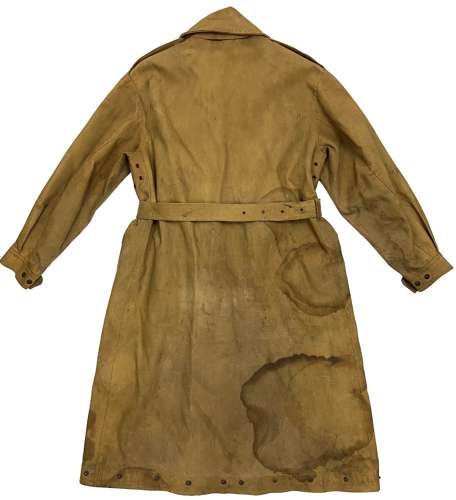 An original British Army Dispatch Riders Waterproof coat clearly dated 1943 and in a size No. 7.

Inside the coat the original stamps are still present. The size of 7 is legible and the makers name and date read 'C & L 1943'. There is evidence of where the original paper label was originally glued in although it is no longer present.

The coat is cut large as it is designed to be worn as an outer, waterproof layer over the top of a uniform. When laid flat it measures -

The coat is in good condition with some stiffness as is common to find. Both the leather covered buckles only retain a small amount of their original leatherwork leaving the metal underneath exposed. There are some marks and stains and overall wear. Please study the pictures before purchasing and bear in mind that this is a pre-worn vintage item which has some issues commensurate with age.

Altogether a reasonable example of a Dispatch Riders coat with lots of great details and a nice clear date.