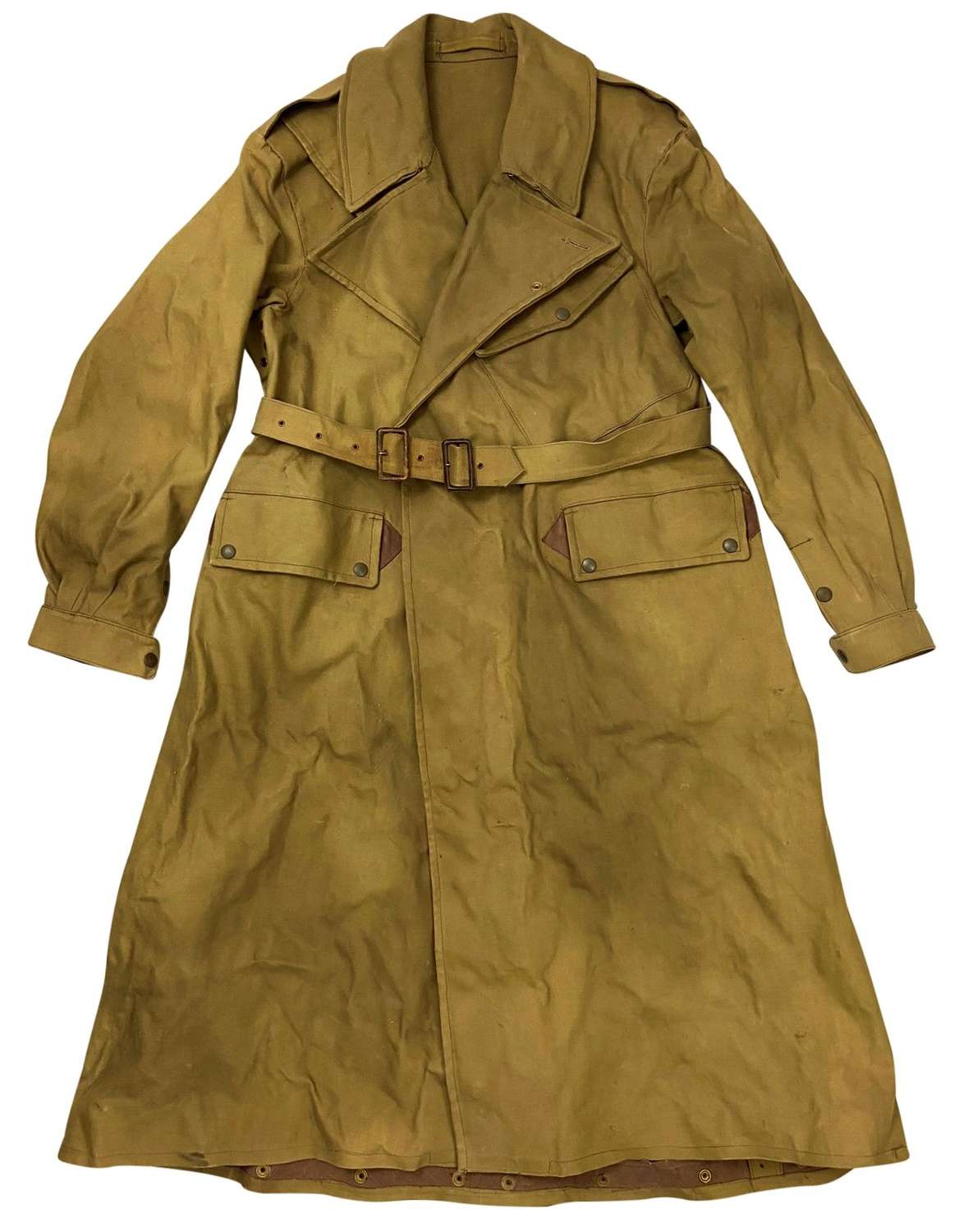 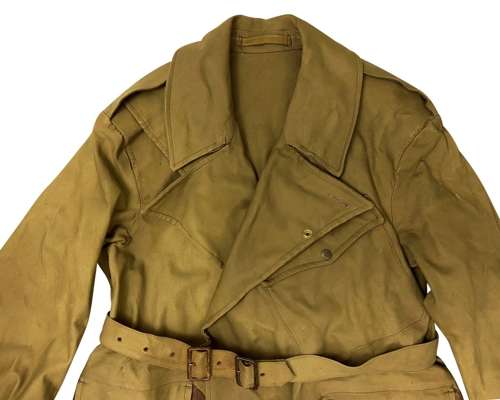 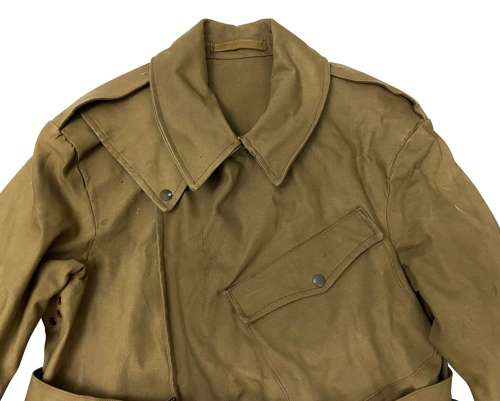 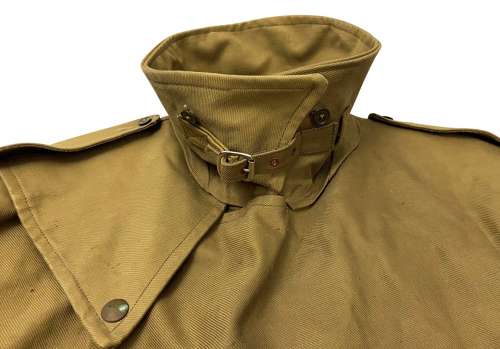 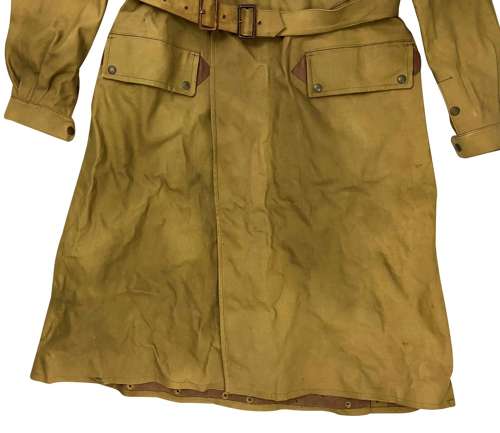 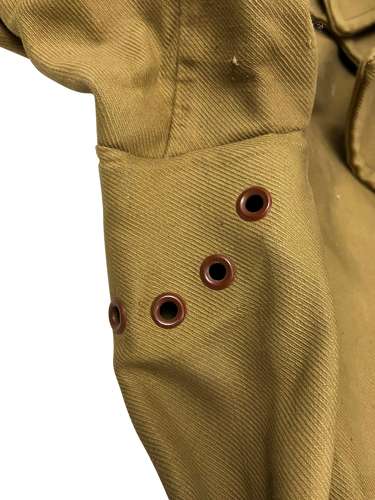 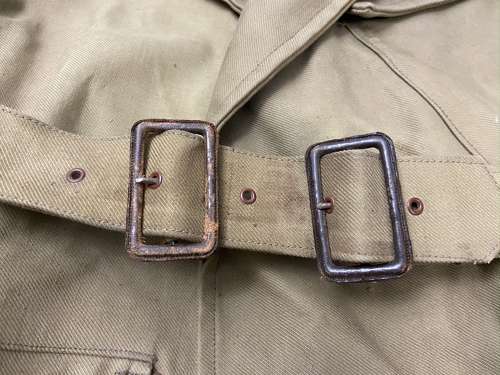 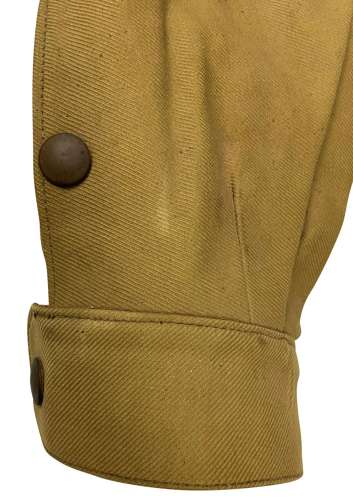 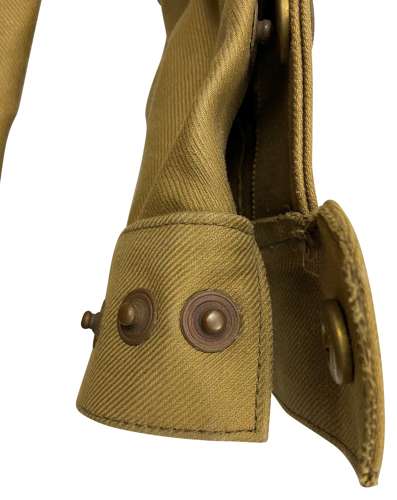 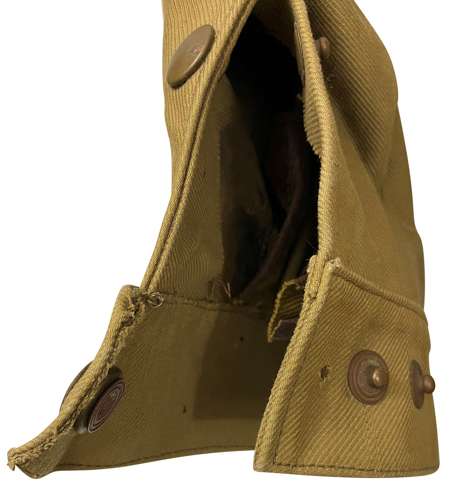 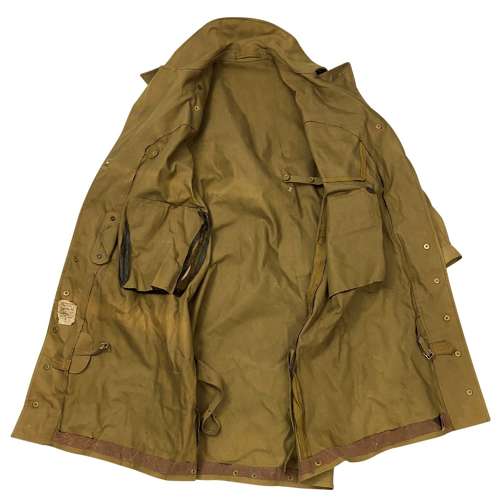 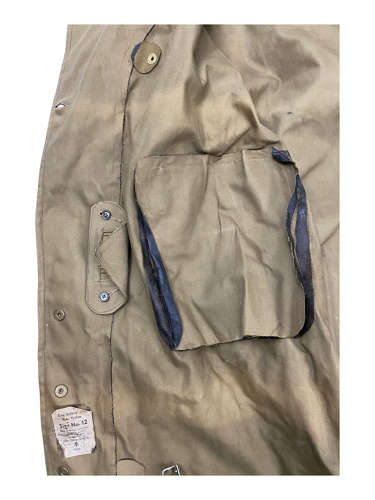 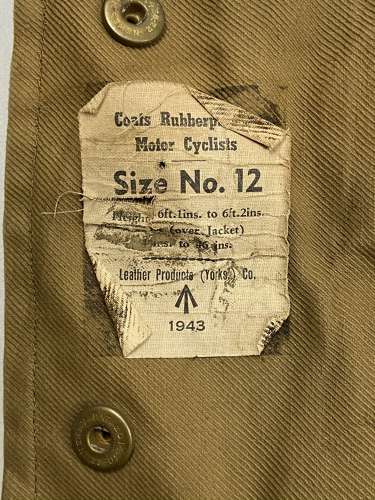 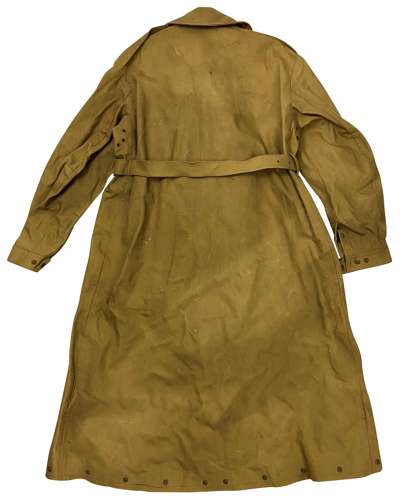 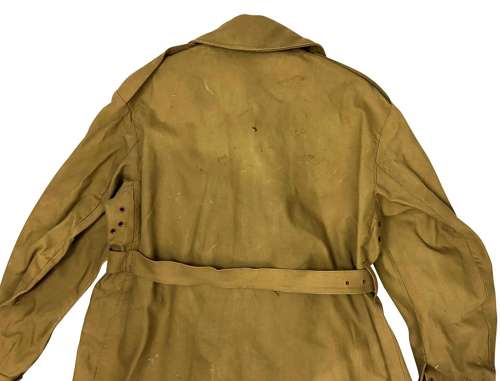 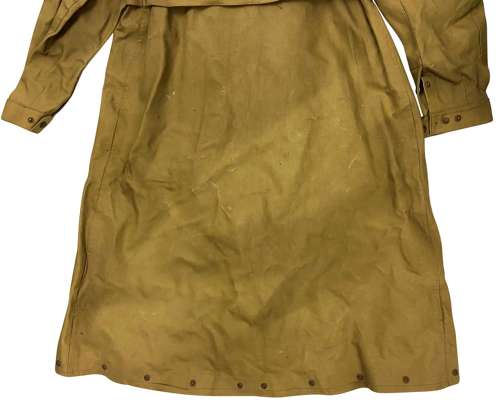 An original British Army Dispatch Riders Waterproof coat clearly dated 1943 and in a large size No.12.

The coat features a double breasted front and a waist belt that has two buckles. The first fastens the outer flap of the coat to the inner whilst the second is attached to the opposite end of the belt and takes the remaining length which has been passed through the first buckle. Buckles and straps can be found inside of the coat which allow the wearer to fasten a portion of the coat around each leg. More pop studs can be found at the cuff and brown painted brass eyelets are fitted under each arm to act as vents. A large angled map pocket is located on the chest and two more fallped pockets are located further down with leather re-inforcements to the edges. They all fasten with popstuds. A storm flap is located on the right shoulder and the collar features a tab and buckle to allow the wearer to fasten the coat tightly at the neck.

Inisde the coat the original label is still present and bears the title 'Coats Rubberproofed Motor Cyclists'. Thr 1943 date is present as is the makers name of 'Leather Products (Yorks) CO. Below this is the War Department broad marking. THe size is 12 which is designed to fit someone of 6'1"-6'2" tall and a 44-46" chest (over jacket).

The coat is in good condition but has hardened in numerous areas, as they often do. One of the pop studs on the cuff has broken although there are two other usable ones. As well as this some of the glued areas inside the coat have dried out and started to peel aways as shown in the pictures. This does not affect the way the coat displays and overall it looks good.

Altogether a reasonable example of a Dispatch Riders coat in a harder to find large size!