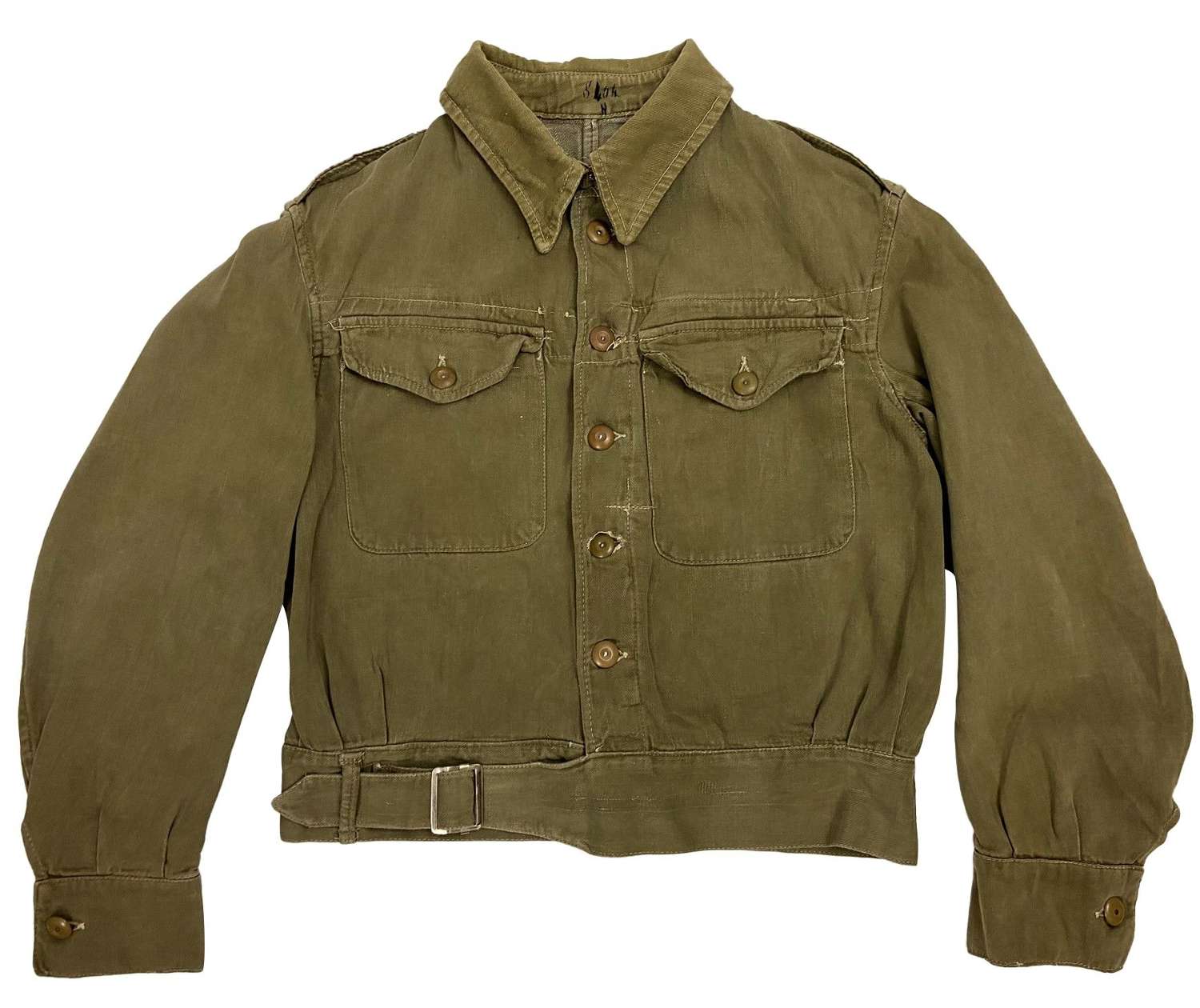 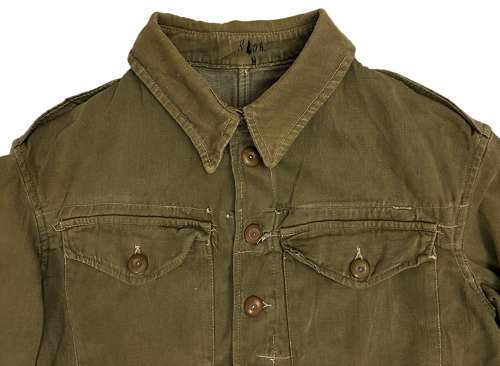 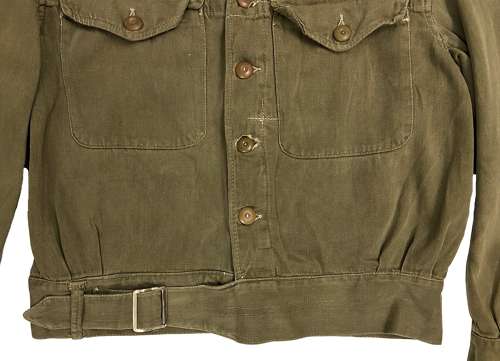 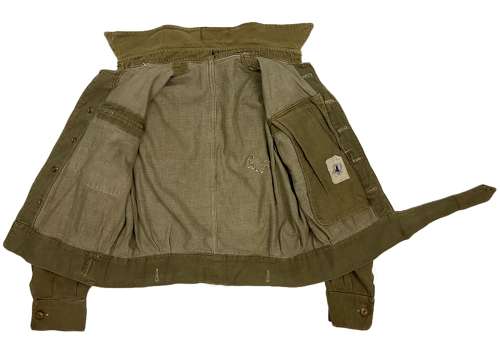 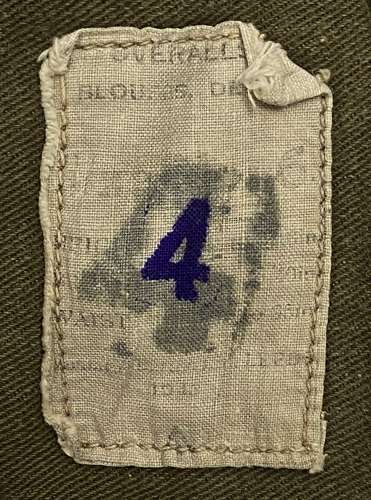 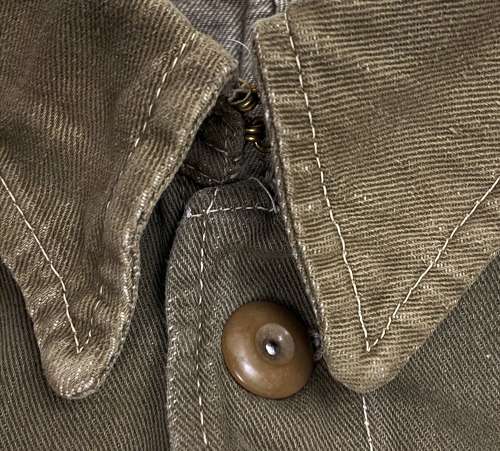 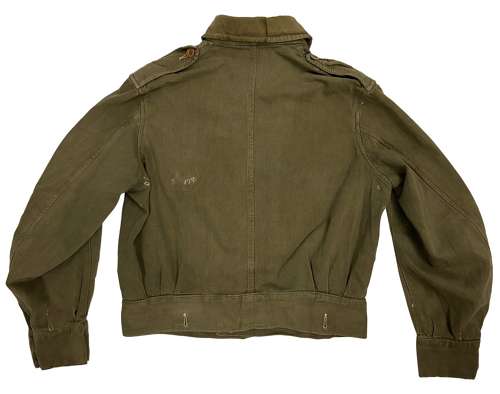 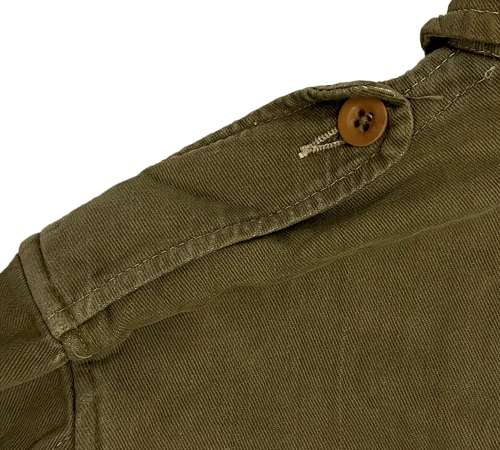 An original British Army Denim Battledress Blouse dated 1943 and in a size No.4.

The jacket features a full set of butterscotch coloured revolving shank buttons which are all held in place with the correct brass split rings. At the waist a chrome plated buckle is fitted and is held in place with two stamped brass buttons of the style used predominantly in the early war period. The epaulettes have had butterscotch coloured horn buttons stitched directly to the jacket which is typical of the sort of period modifications people carried out.

Inside the jacket the original label is present and reads 'Overalls Blouses Denim'. The label states the size as 6 which has been overstamped twice with the number 4 suggesting that the jacket was mislabeled at the factory. The rest of the details are faint and the 1943 date can just be seen. The brass buttons used for the waist belt buckle confirm this is a wartime jacket.

The jacket is in good condition for its age with only limited signs of washing and use. It has clearly been issued but is still very wearable and displays well with a period repair to the rear. This is of course a 75 year old pre owned piece of vintage workwear and therefore may have small issues commensurate with its age.