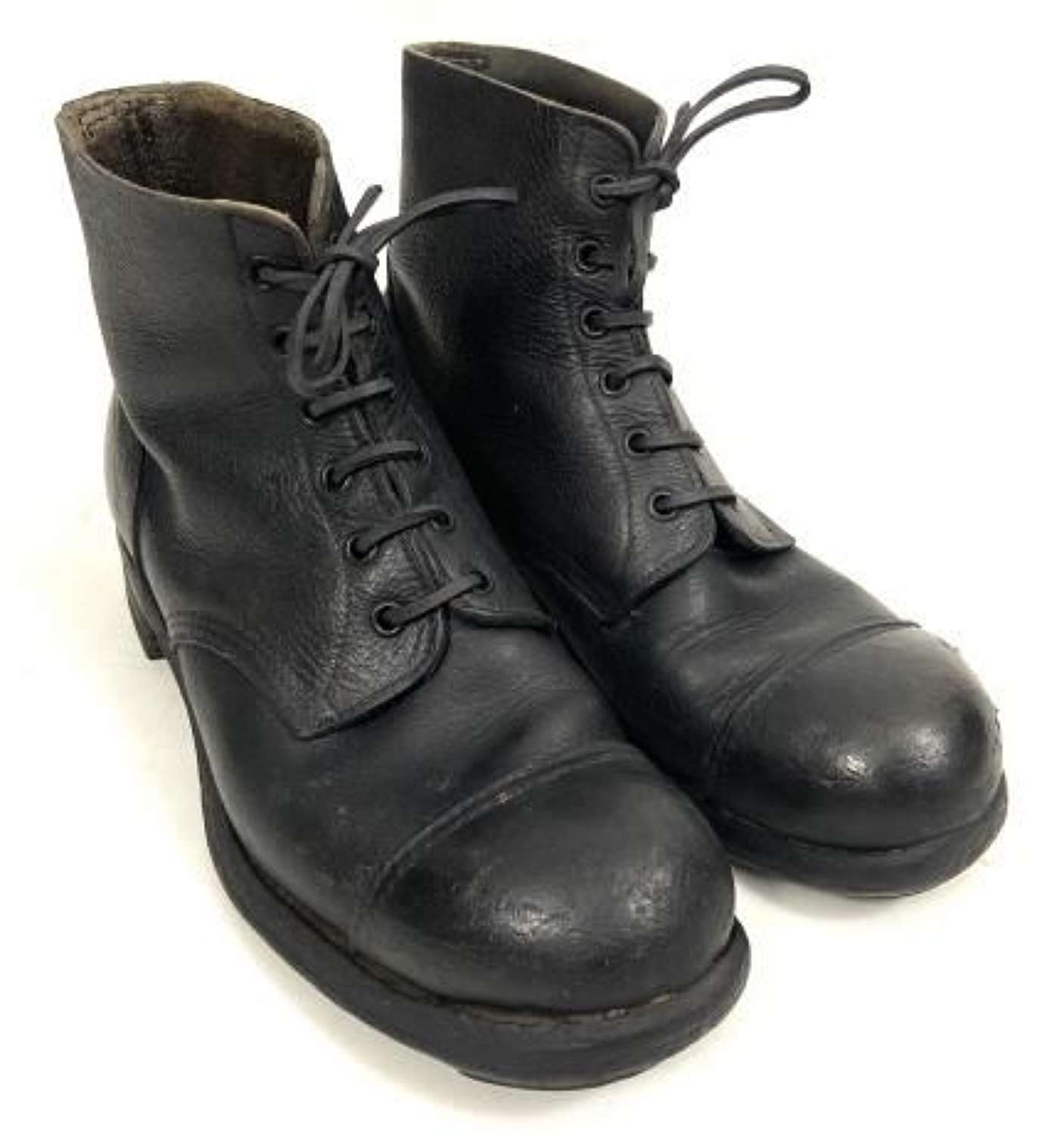 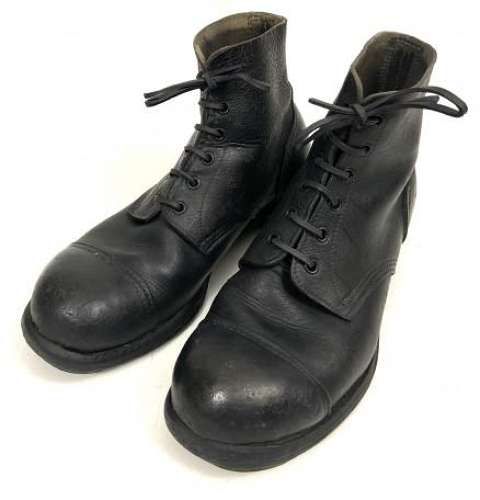 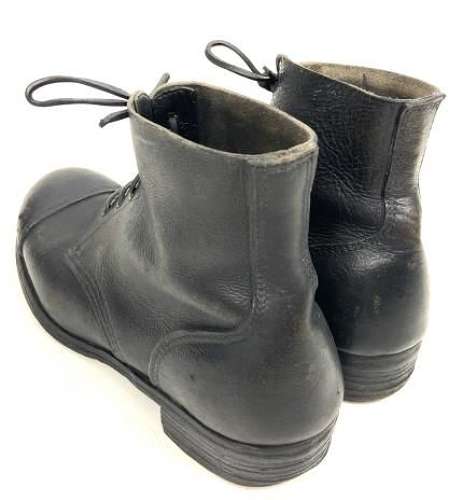 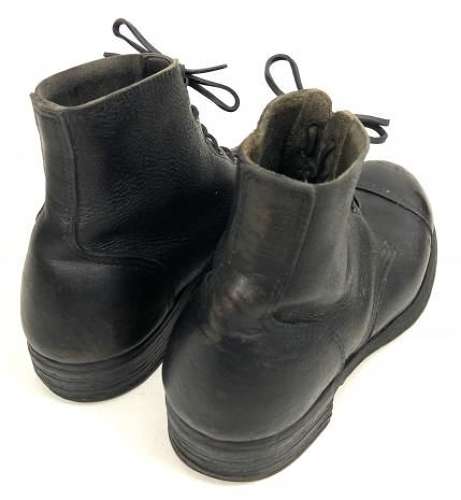 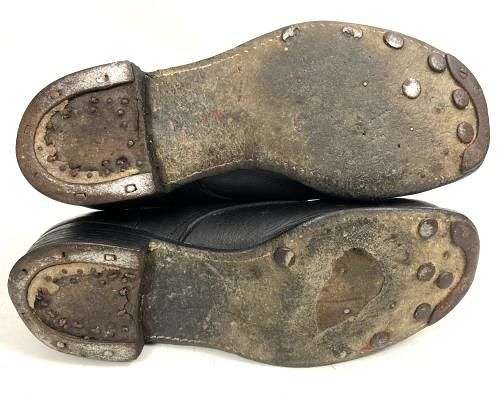 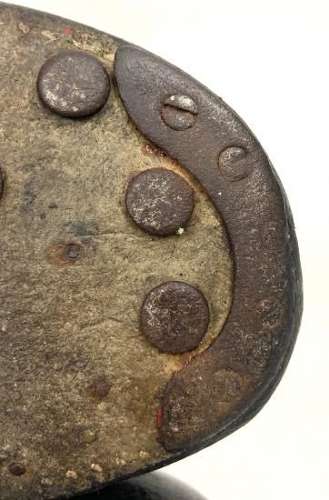 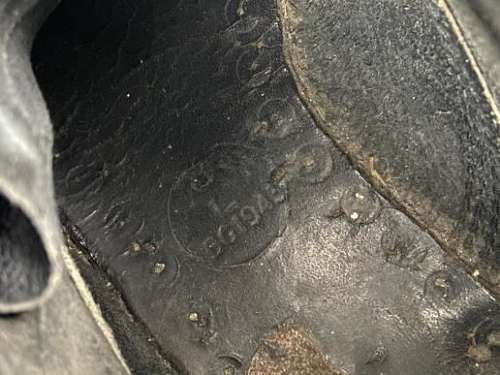 The ammunition boot, or ammo boot, came into service with the British Army in 1936 and saw extensive use throughout the Second World War as the main issue footwear. War dated examples are now scarce to come by and always sought after by collectors.

The boots feature the correct heel plate and toe plate which is secure with the original slotted head screws. As with all wartime ammunition boots, these feature six blacked painted brass eyelets which have been fitted with brand new leather laces of the correct pattern.

Inside the boots the manufactures marking can be found and matches on both left and right boot. It reads '8L, BG 1943' which denotes the size, manufacturer and date.

The boots are in good condition considering their age. They have various signs of wear, mainly to the soles which are worn and missing some studs. They are intact and strong however and display well.

Altogether a nice pair of original war date boots, the like of which are becoming hard to find. A must have for the serious British Army collector!