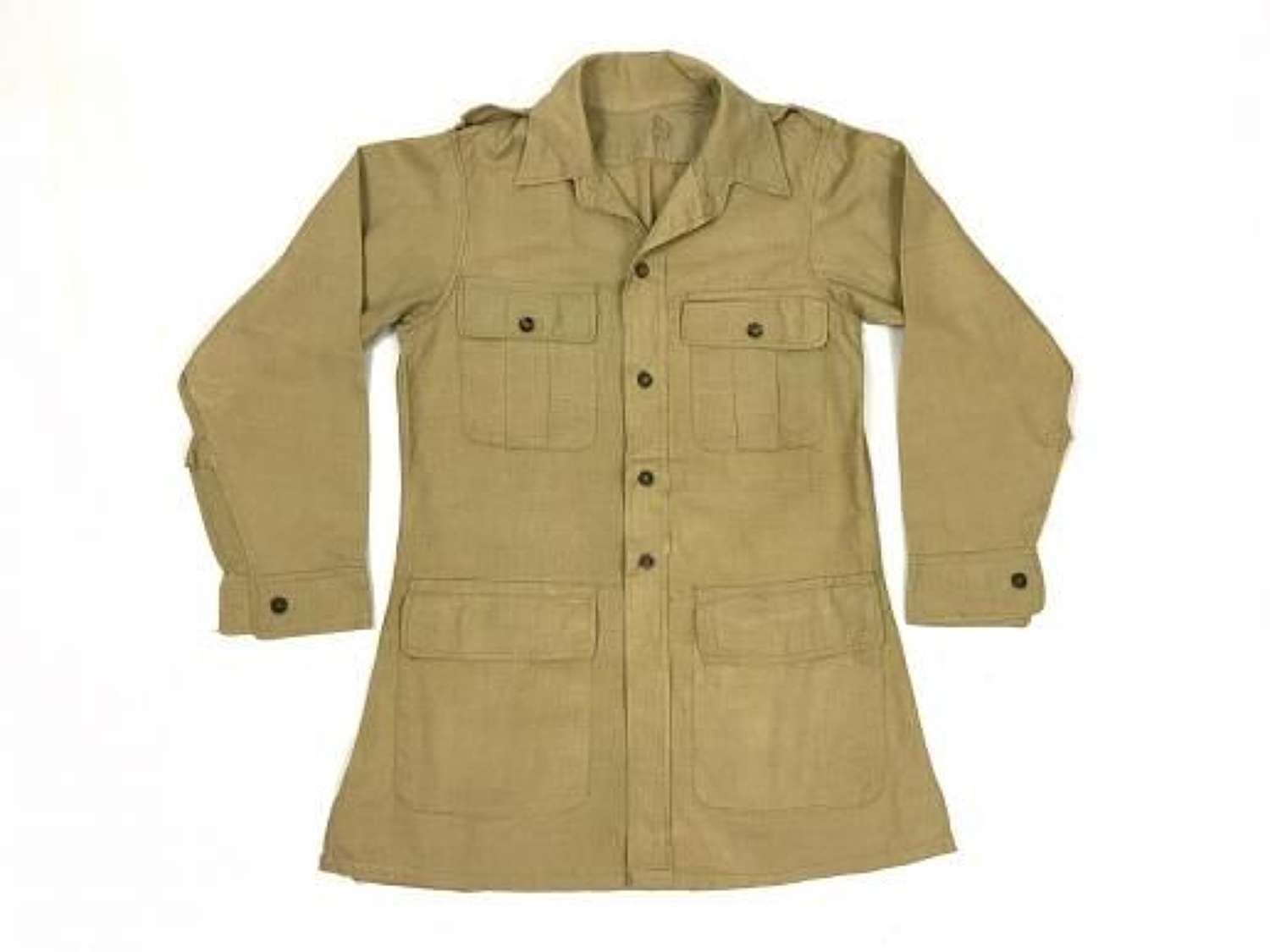 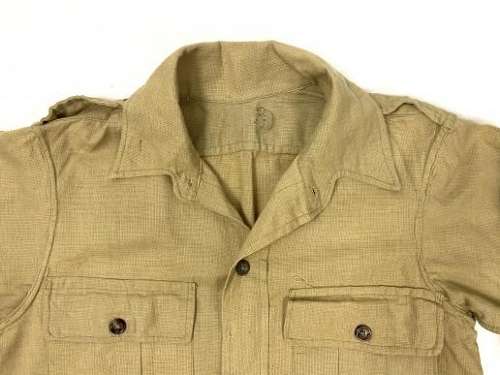 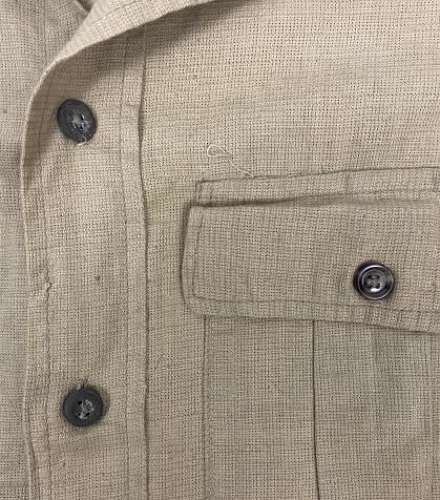 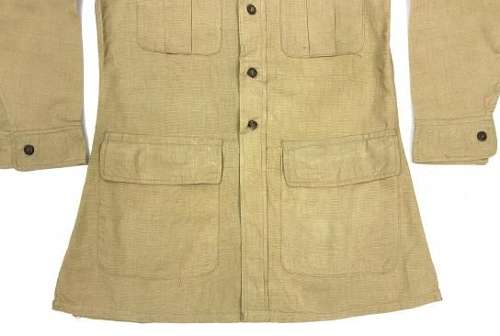 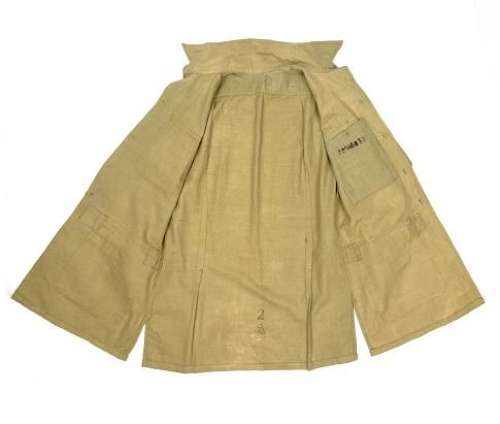 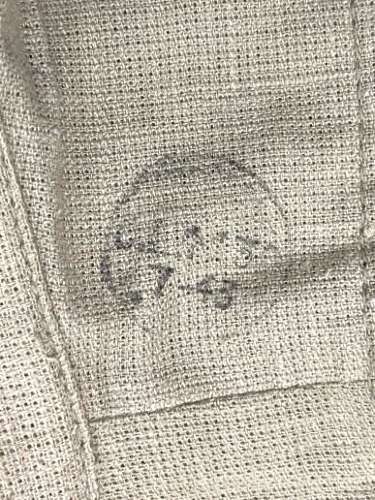 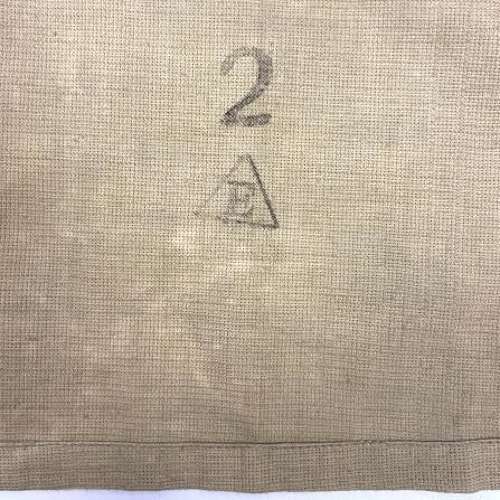 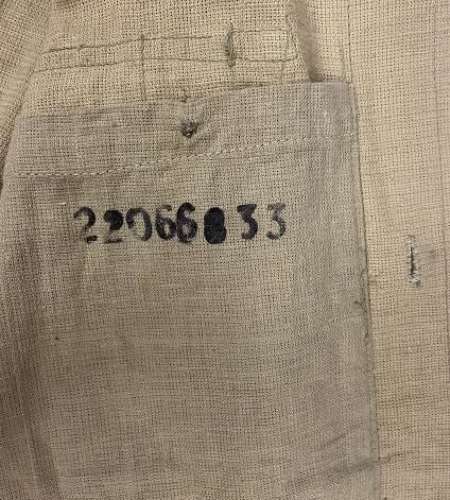 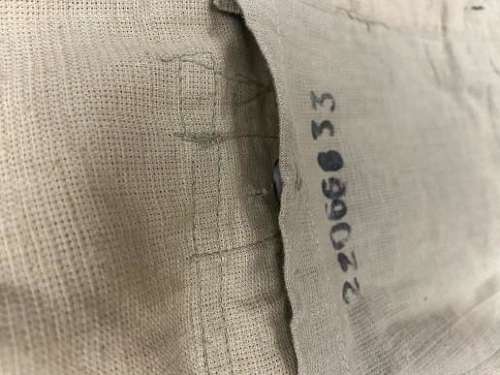 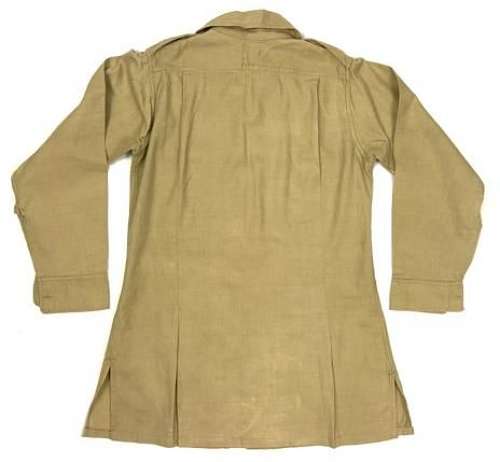 Inside the jacket the original manufactures stamp is present and bears the date of July 1943. There is another stamp which bears the numeral '2' and most likely relates to size. As well as this the original owner has printed his number to the interior pocket in ink which could offer the opportunity of further research.

The jacket is a smaller size which will fit around a 34-36" chest depending on desired fit. When laid flat it measures -

The jacket is in sound wearable condition as can be seen in the pictures. It only shows limited signs of wear and displays well. A number of the original buttons have been replaced at some stage which is detailed in the pictures.

Altogether this is a good example with a nice clear mid-war date. It would make a great addition to any WW2 collection!