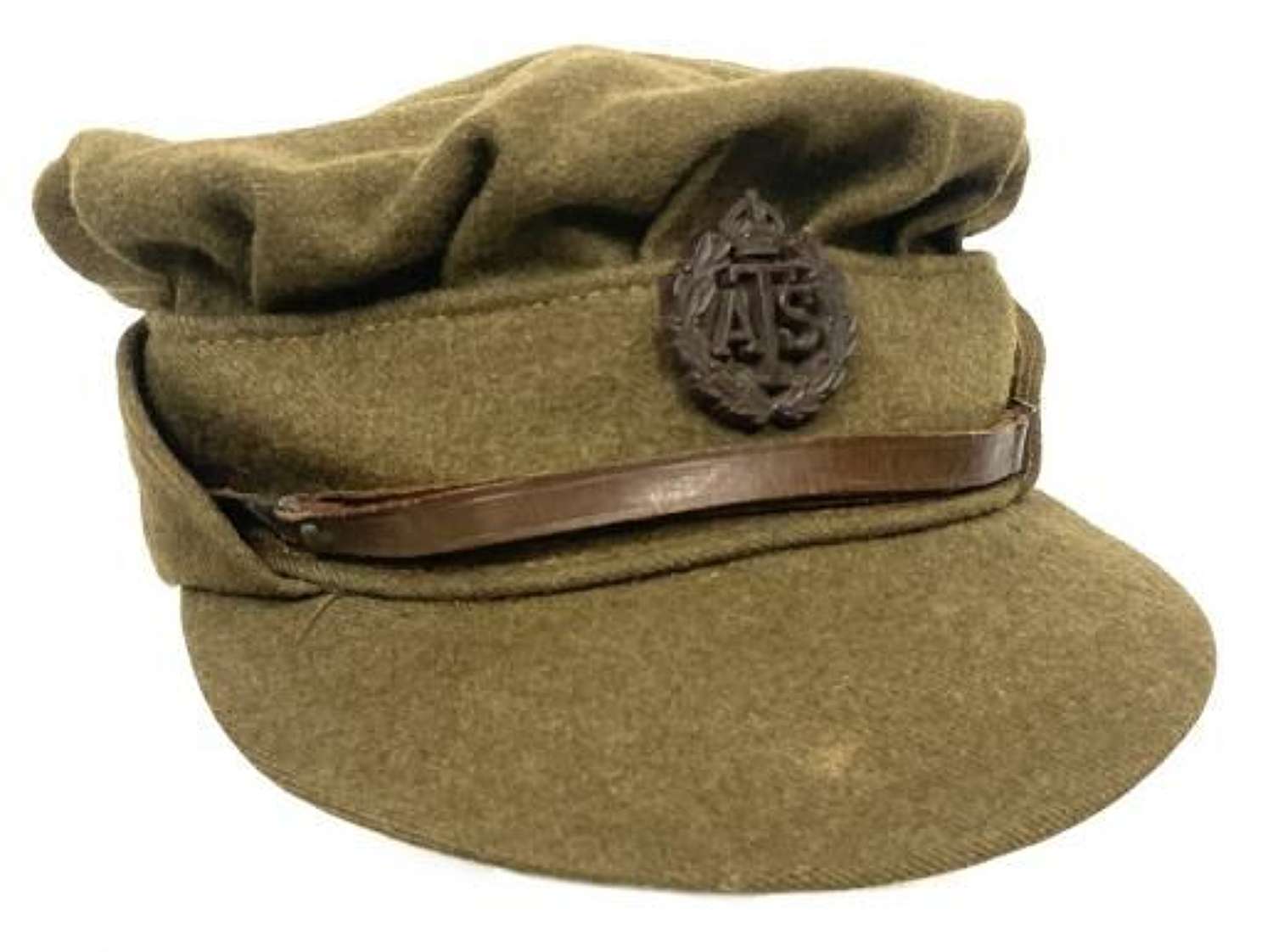 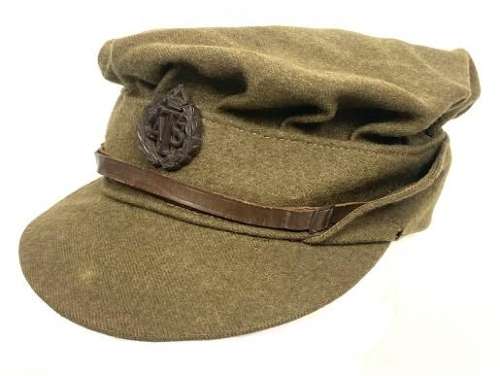 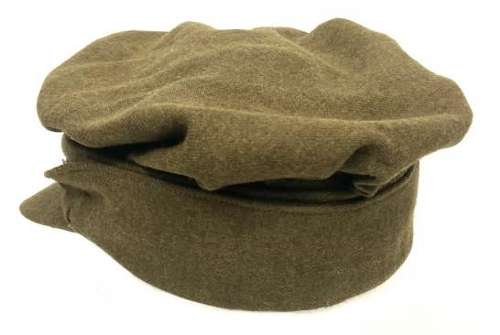 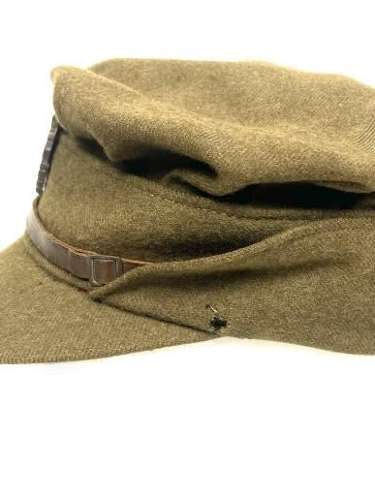 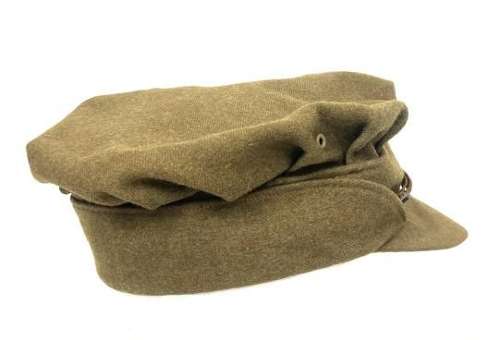 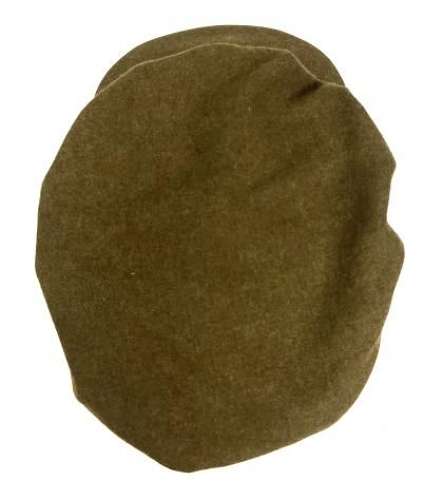 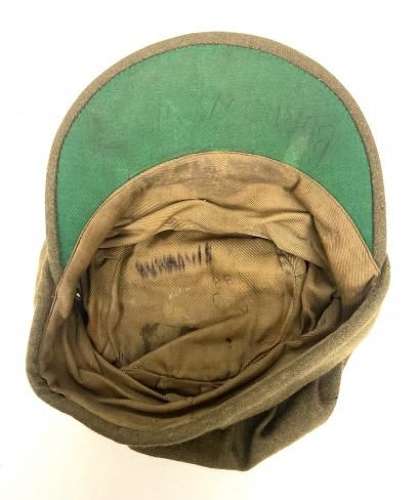 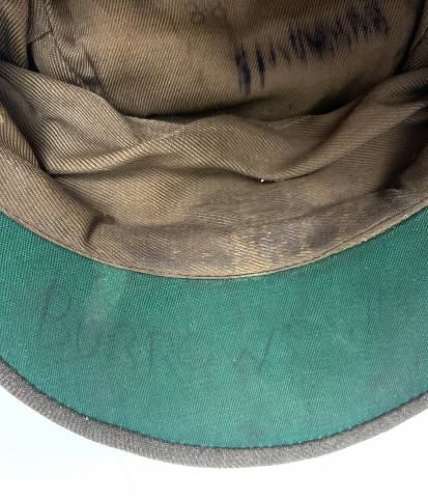 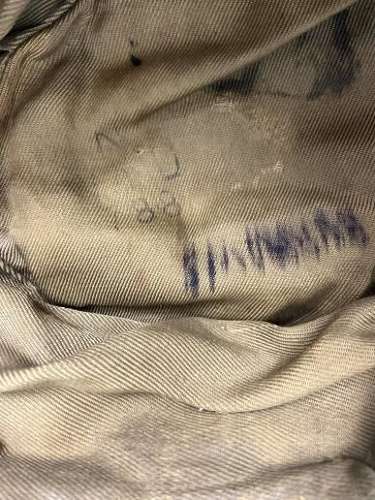 This pattern of cap is the Second Pattern issued to the ATS during the Second World War and features a brown leather chin strap rather than the earlier serge type. It features a rayon lining as is standard with issue caps and a hard peak which has a green underside. The peak has some shaping to it which is typical of issued caps.

The interior still retains some of its markings. Whilst the makers marking and date are no longer legible, the War Department broad arrow stamp is. This is surmounted by the letter 'N' which denotes 1943 as the year of manufacture.

The original owner has marked her name in ink twice to the cap; once on the underside of the peak, and once to the rayon lining. Both read 'Burrows', possibly with the initial of 'W' after the name.

The condition of the hat is good overall and it displays nicely. The serge still has plenty of its nap and the interior only shows limited signs of wear. There is however a hole to left side of the cap when worn, most likely where the button which attaches the chin strap has worn though. There is also a small mark to the top of the peak but other than that it displays well overall. Please study the pictures and remember that this is an issued, pre-worn item of over 70 years old.

All in all a nice war dated example of this pattern of cap which is becoming increasingly hard to find.