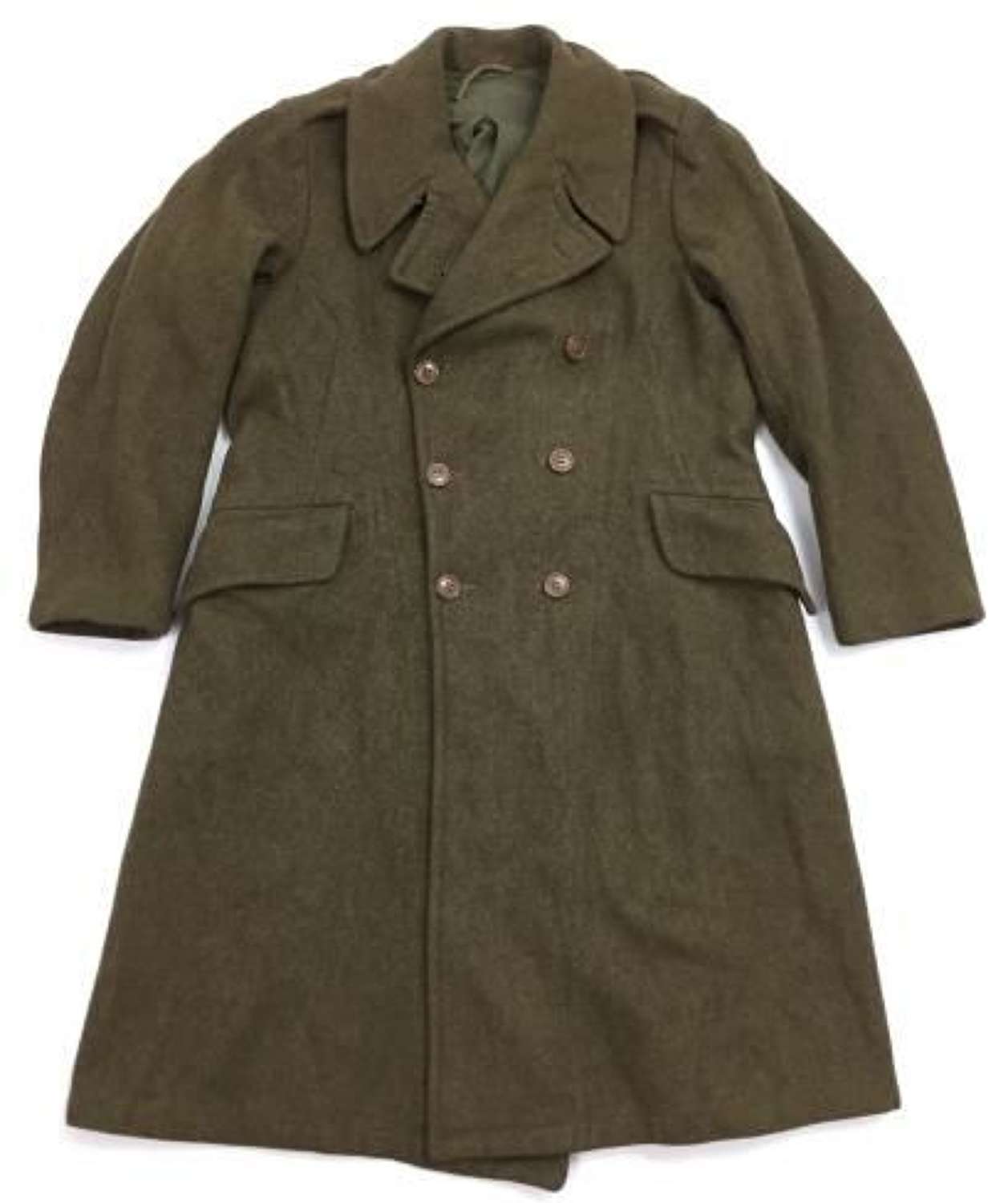 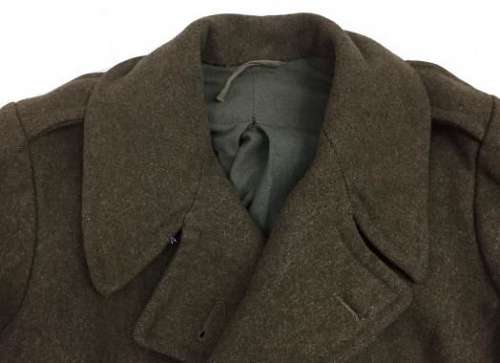 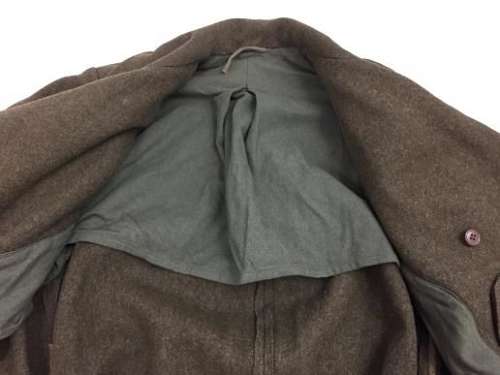 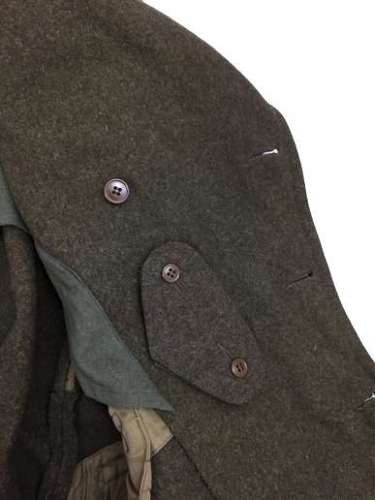 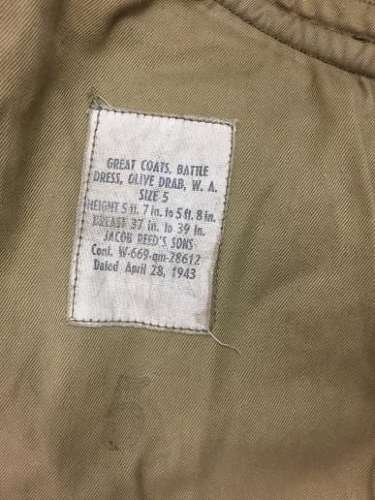 SOLD
An original American made 'War Aid' British Army Greatcoat clearly dated 1943 and in a good wearable size No. 5.

The lend-lease policy which America undertook with allied countries from 1941 onwards led to this pattern of Battledress being made in the United States for British Soldiers. Most examples ended up in the Italian campaign but some made it back to England. Whilst the jackets come onto the market from time to time, greatcoats are much less common.

This coat is immediately recognisable as an American made example by the shade of the heavy serge wool the coat is made from. It also features American style buttons as found on U.S. Army items of the period.

Inside the coat has a have lining made from shirting material as per British examples but again in a slightly different shade. The pocket bags are made from a khaki cotton.

The original label is present inside the coat and is affixed to one of the pocket bags. It reads ' Great Coats, Battle Dress, Olive Drab, W.A. Size 5'. It states that the coat will fit someone of around 5' 8" with a 37-39" chest and it was made by 'Jacob Reed's Sons'. The 1943 date is present towards the bottom of the label.

The overall condition of the greatcoat is very good indeed as can be seen in the pictures. It still retains all of its original buttons, the serge piece that fits in to the neck of the coat is still present buttoned to the interior. The hanger in the neck has come away to one side but this could easily be stitched back,

All in all a nice wartime example of a War Aid Greatcoat in nice wearable condition. An excellent addition to any British Army collection!