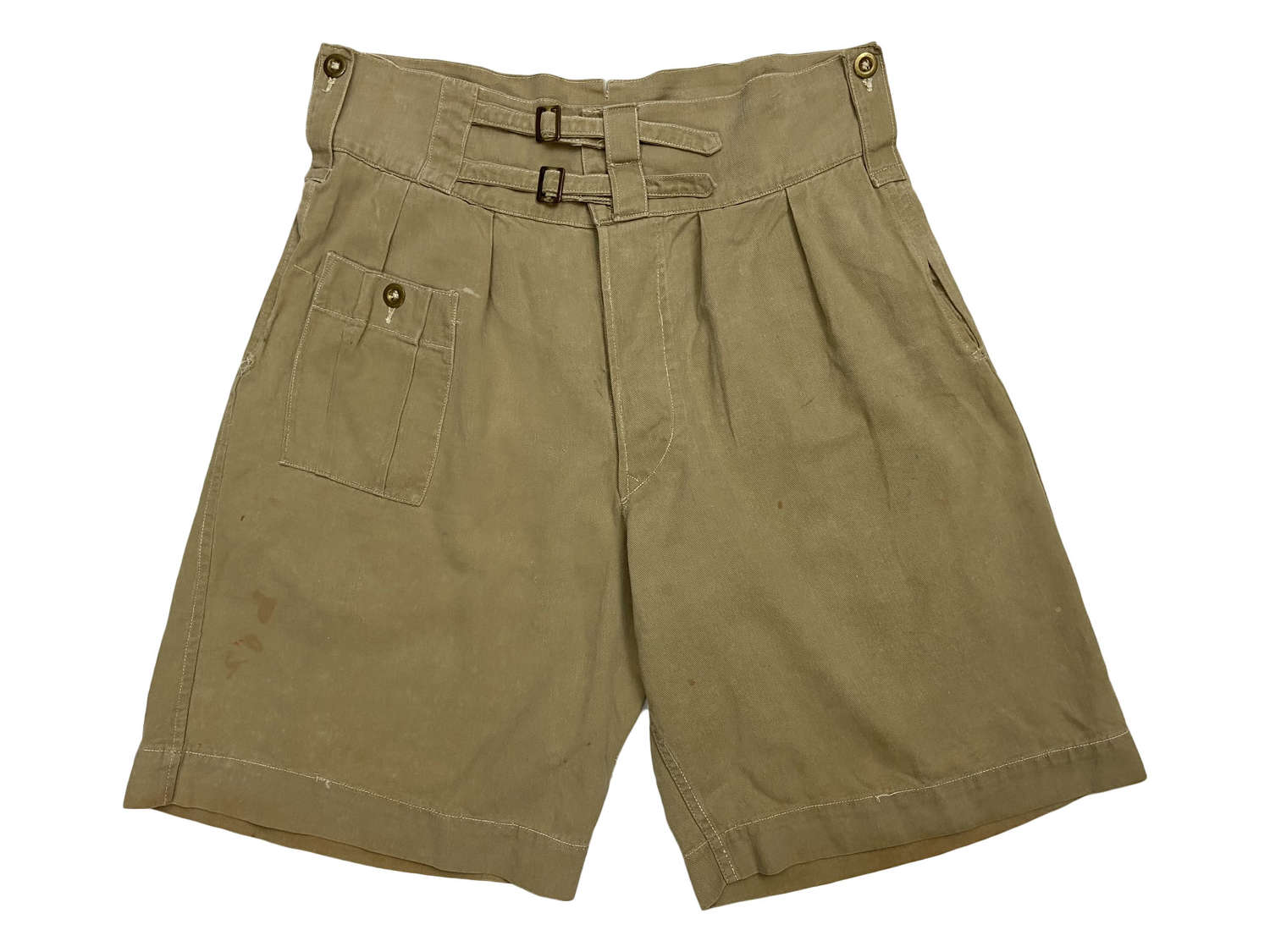 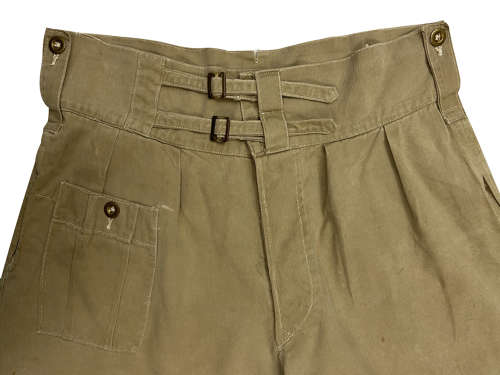 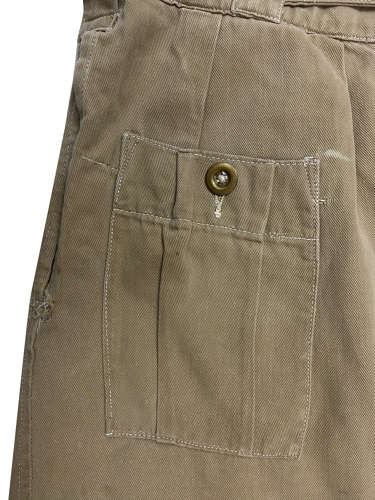 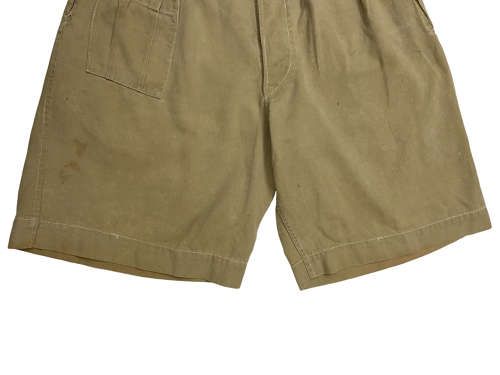 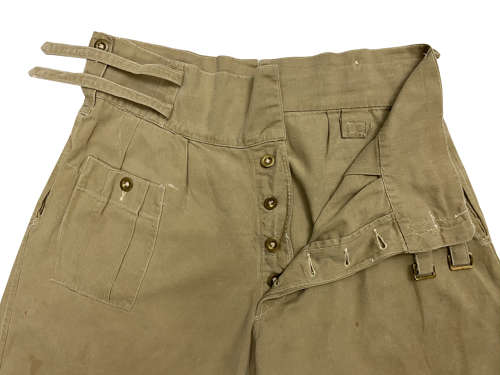 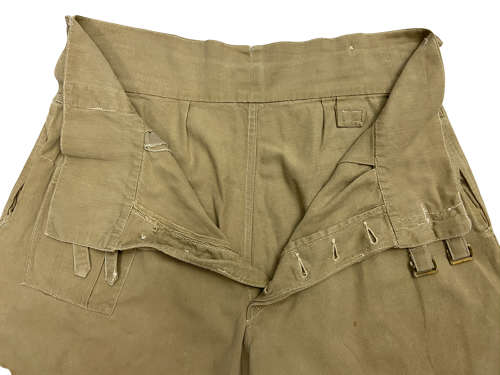 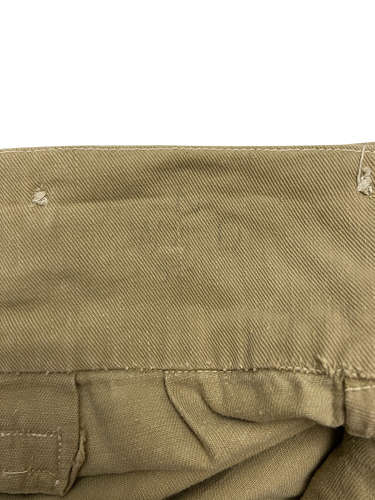 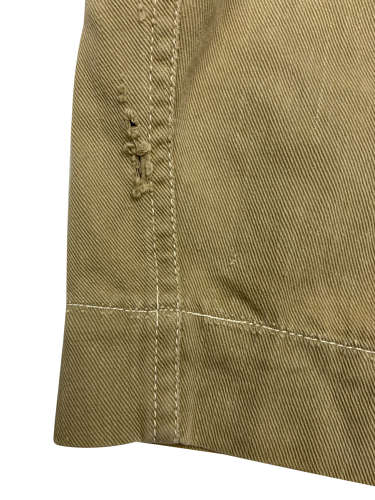 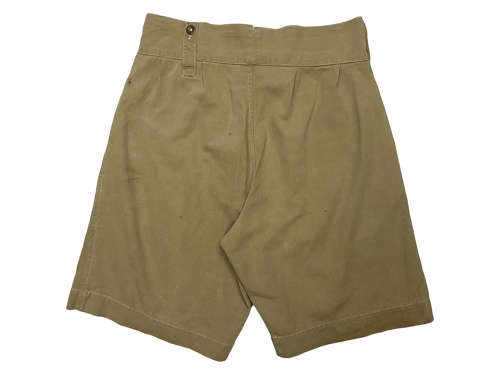 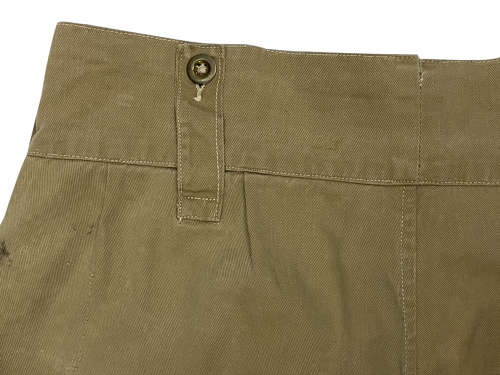 Unlike a lot of KD items offereds onto the market today, these shorts are clearly British made and much rarer than theatre made examples. They are the standard 1941 pattern with the first field dressing pocket placed on the right hip, brass buttons and the double belt and buckle closure to the waist.

This pattern of shorts saw widespread issue throughout the Second World War with the British Army, RAF and Royal Navy amongst others. They are made from a light tan coloured cotton drill which is well suited to the tropics, being issued to troops in North Africa, the Far East, Italy and the Mediteranean throughout the conflict.

Inside the shorts the War Department acceptance stamp is still just visible and is surmounted by the letter 'N' which denotes 1943 as the year of issue.

The shorts are an average size which will fit around a 32-34" waist depending on desired fit. When laid flat they measure -

The overall condition of the short is good and they display well. They have some signs of wear and age and have a hole to the inside of the left leg. They still appear very wearable but may have small issues commensurate with their vintage.

All in all a nice original pair of wartime shorts with a good wartime date. British made examples are much harder to find making these more desirable than other KD shorts on the market.