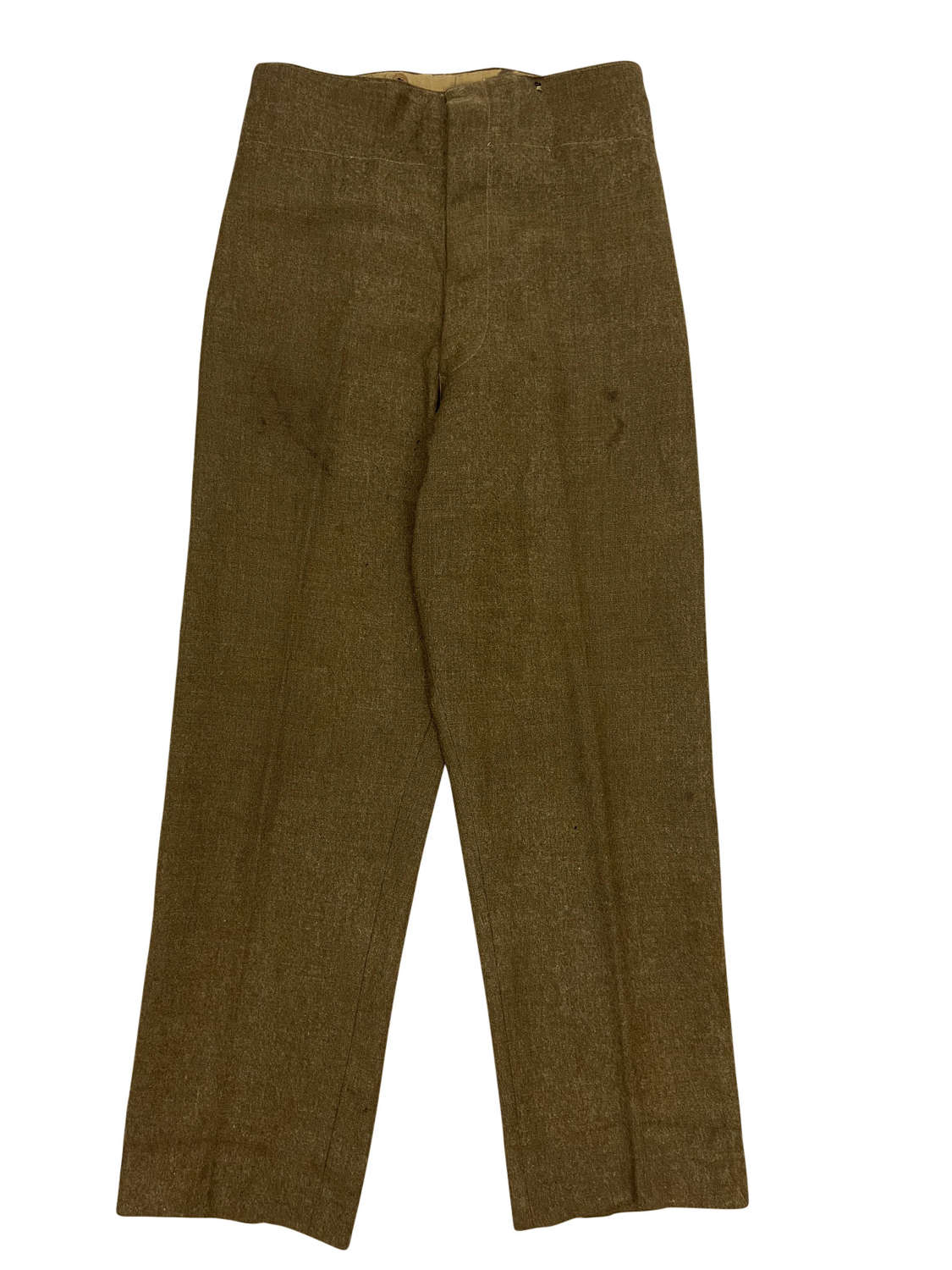 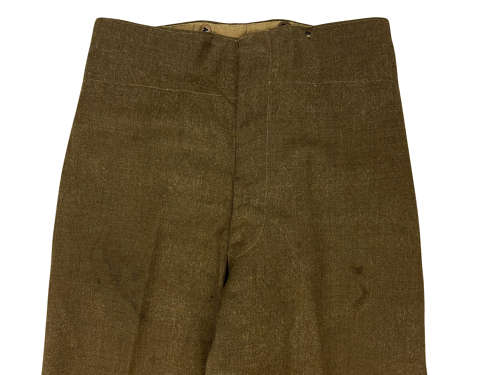 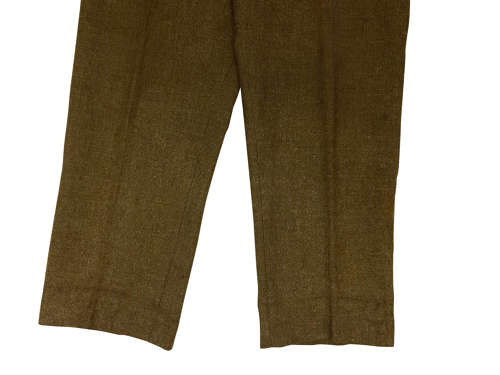 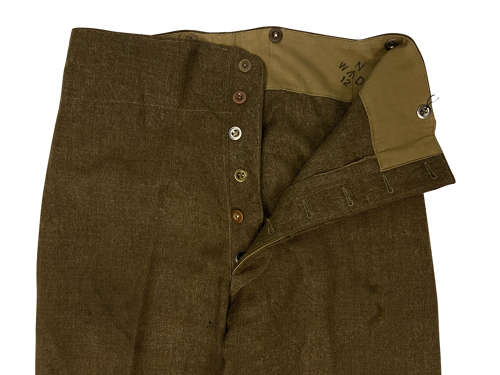 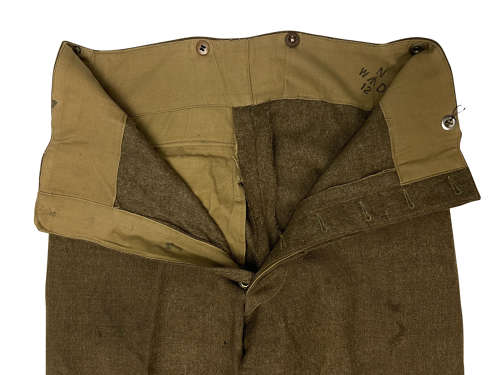 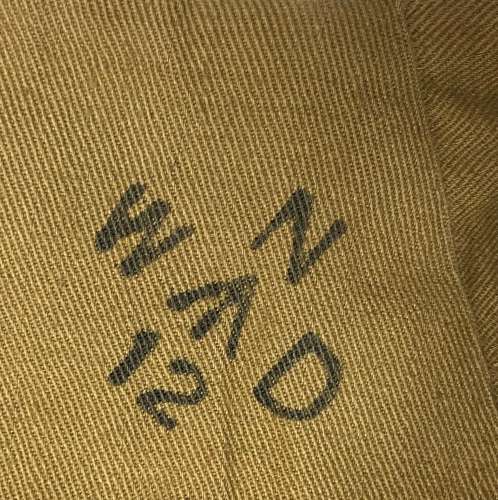 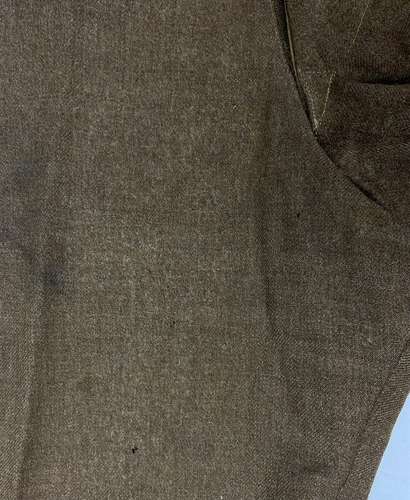 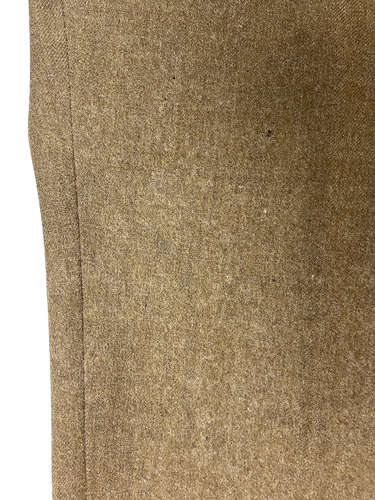 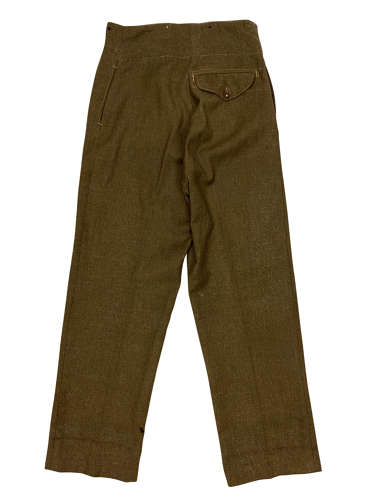 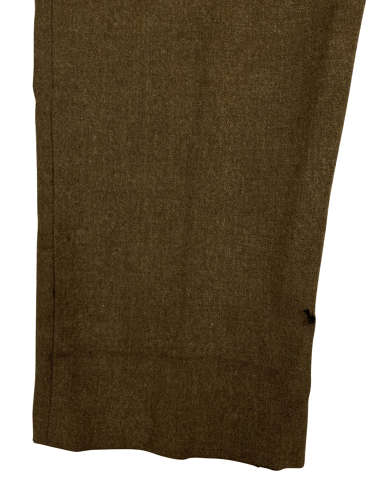 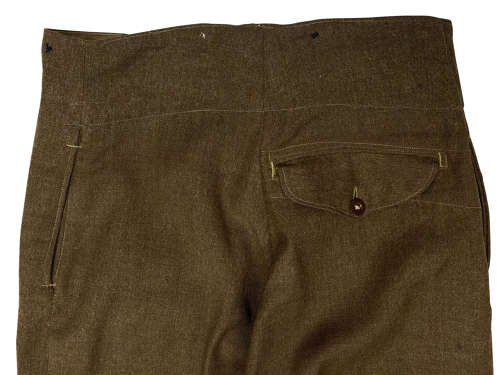 An original pair of 1943 dated 1940 Pattern (Austerity) Battledress Trousers which have had the front pockets removed for 'walking out' purposes.

Made from the standard khaki green serge wool and featuring a cotton drill waistband, the trousers have had most of their original buttons replaced. This is common to find on original period worn trousers and the replacements include stamped brass and horm examples. The rear pocket features a chocolate brown button which would suggest that this is what the trousers would have been originally fitted with.

Inside the waistband is a very clear War Department acceptance stamp which is surmounted by the letter 'N', denoting 1943 as the year of issue.

The trousers are a hard to find larger size with the waist measuring 17" when laid flat and the inside leg measuring 33".

The trousers are in reasonable condition for their age but have various signs of wear and use. There are a few small moth nips and a large hole towards the bottom of the leg. These flaws are detailed in the pictures and reflected in the price.

A reasonable pair of authentic trousers with typical late war modifications. Whilst there is no label they bear a very clear WD stamp and are in a hard to find tall size!