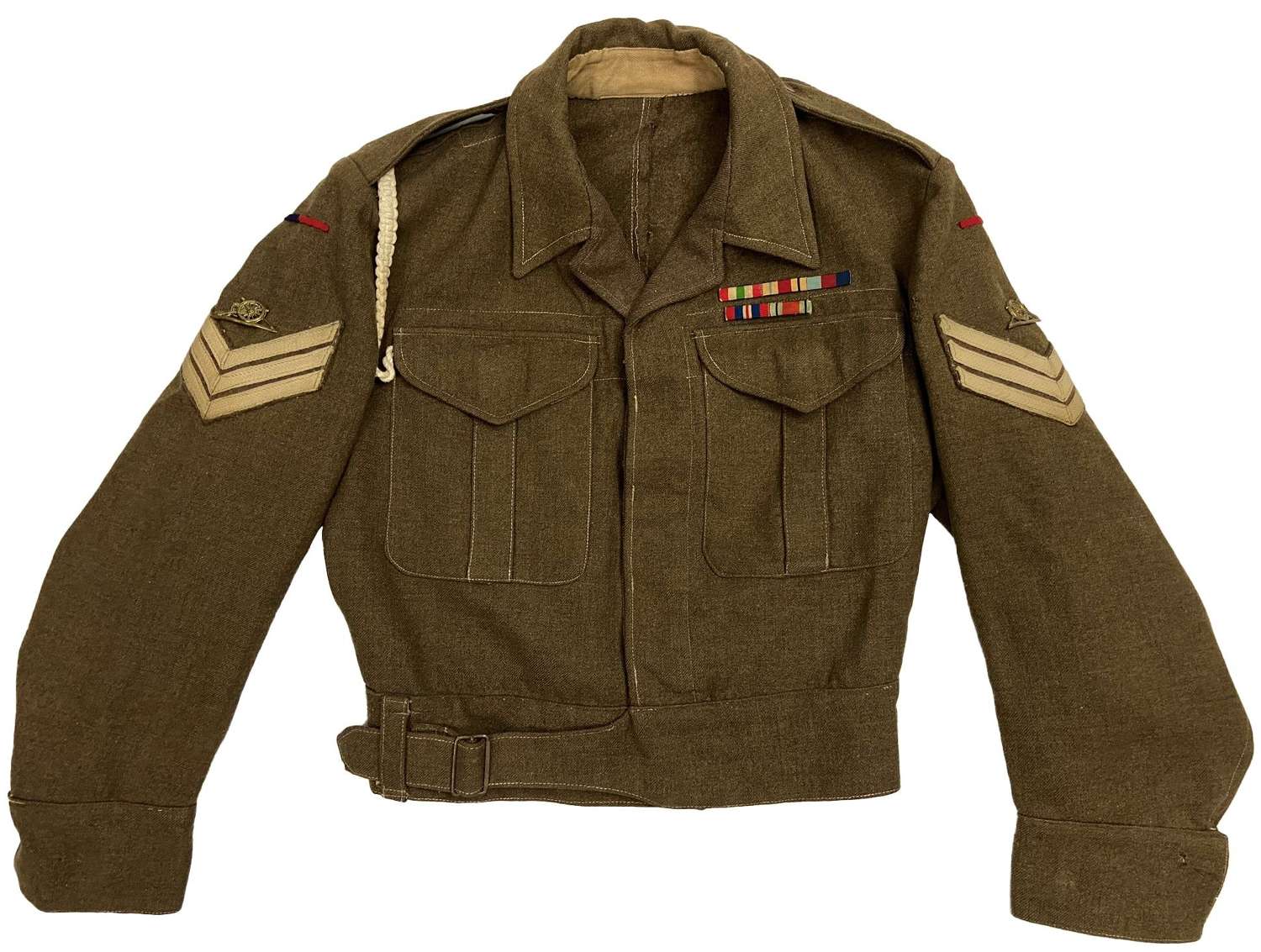 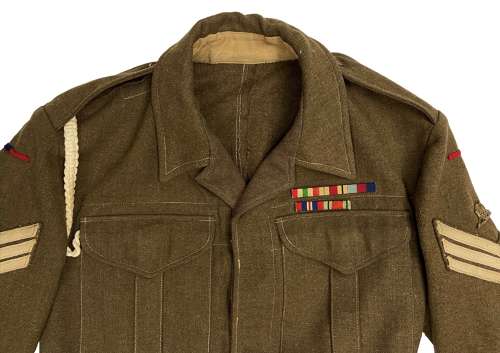 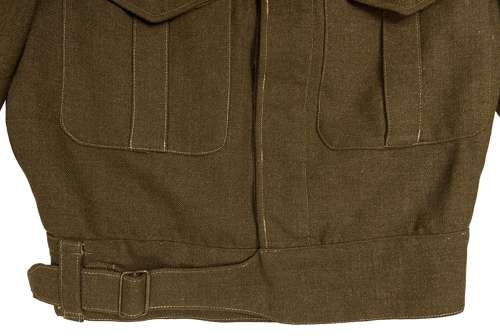 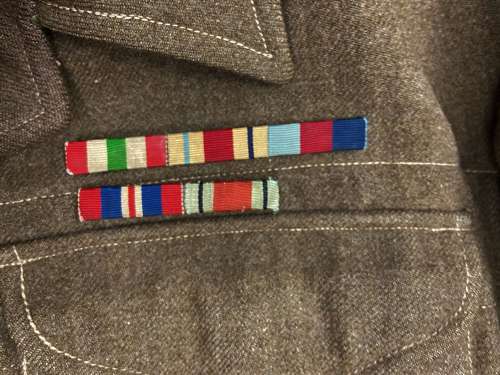 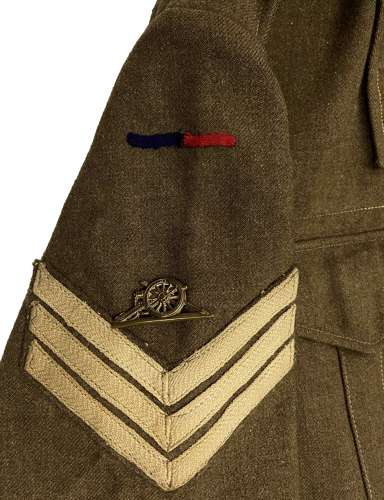 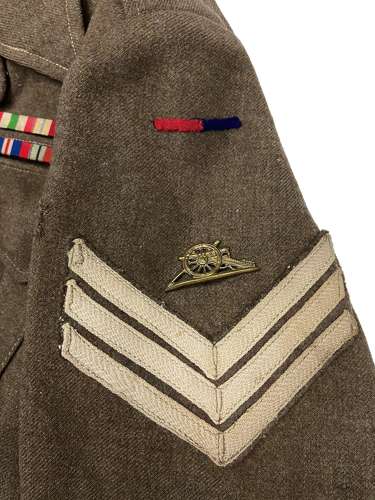 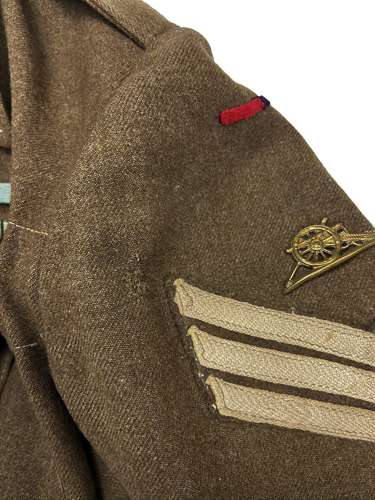 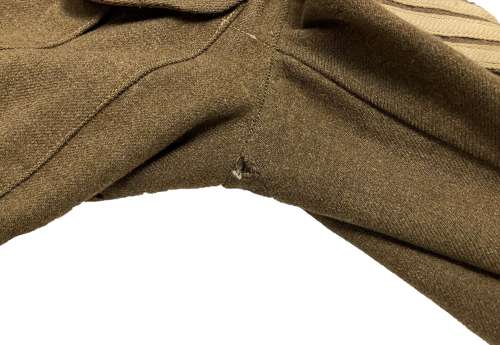 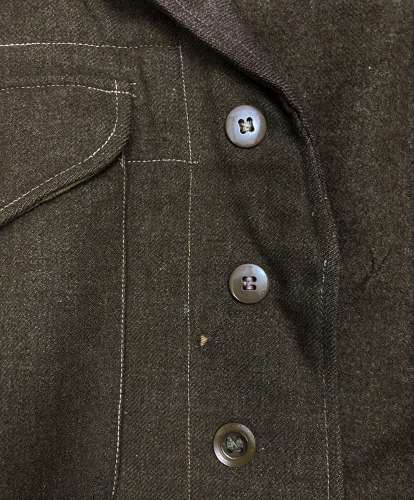 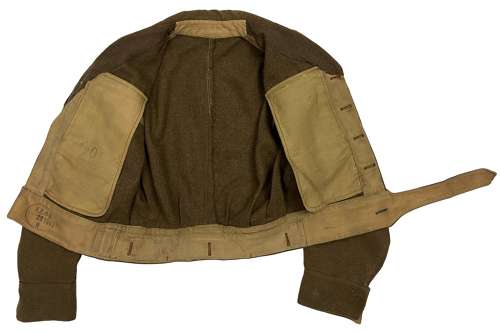 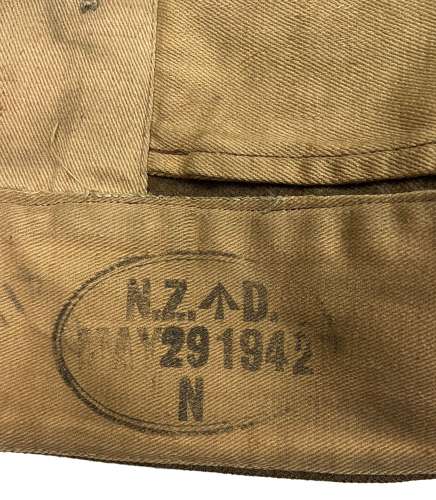 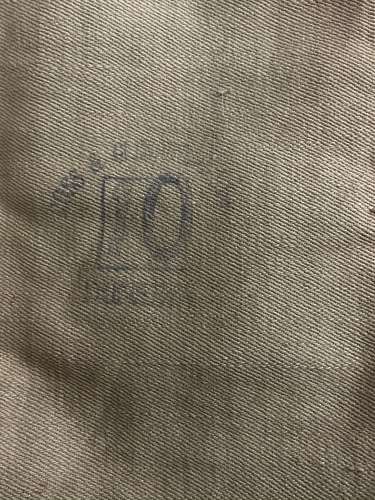 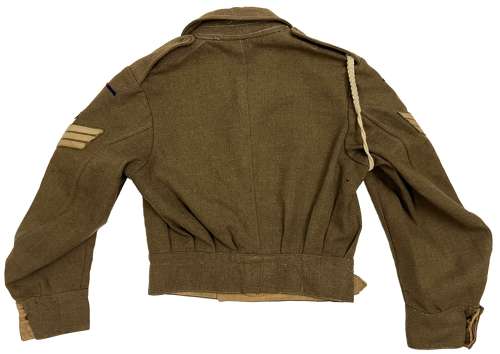 A fantastic original New Zealand made battledress jacket which belonged to a Sergeant of the Royal Artillery who served in North Africa and Italy during the Second World War.

It is not uncommon to find commonwealth battledress jackets and trousers attributed to British servicemen, with this example being no exception. Many soldiers serving in the Middle East and in Italy ended up with commonwealth or American made items due to supply routes. What is particularly nice about this jacket is that two of the original buttons have been replaced with plastic buttons from an American War Aid made item of clothing, tying in nicely with the campaign medal ribbons.

The jacket itself is a standard New Zealand made jacket which is essentially the same as the British 1940 pattern jacket. The collar has been tailored open using a slightly contrasting piece of material so that the jacket sits smartly when worn with a shirt and tie. This is typical of jackets worn in 1944 and 1945 when regulations changed to allow ties to be worn by other ranks. It is quite possible that the jacket saw action before being modified at the end of the war however as it looks to have seen plenty of action.

The jacket is fitted with Royal Artillery arm of service stripes which are made of felt and stitched directly onto the sleeve, as is commonly found on original wartime battledress. Below these are what appear to be Indian or theatre made sergeant stripes which are noticeably different to British made examples and typical of those seen on uniforms worn in the Middle East and Italy. They are surmounted by gilt gunner badges as is traditional in the Royal Artillery. A white lanyard is fitted to the right hand shoulder and medal ribbons are fitted to the chest which include the Italy Star and the North Africa Star. The lower set of medals were found in the pocket and are not properly attached to the jacket at present.

Inside the jacket two stamps can be found. The first is the standard New Zealand style stamp which is an oval and bears the manufacture date of 29th May 1942. There is also a second stamp which bears the number 10 which pertains to size.

The jacket is in reasonable good condition for its age but does have various signs of wear and use. There are a few flaws including a hole to the armpit and a repair to the left arm, adjacent to the Sergeants stripe. Overall it displays well but please take time to study the pictures before purchasing.

A very original and unmolested Battledress jacket which was worn during the Second World War. This would make an excellent addition to any collection without a doubt!