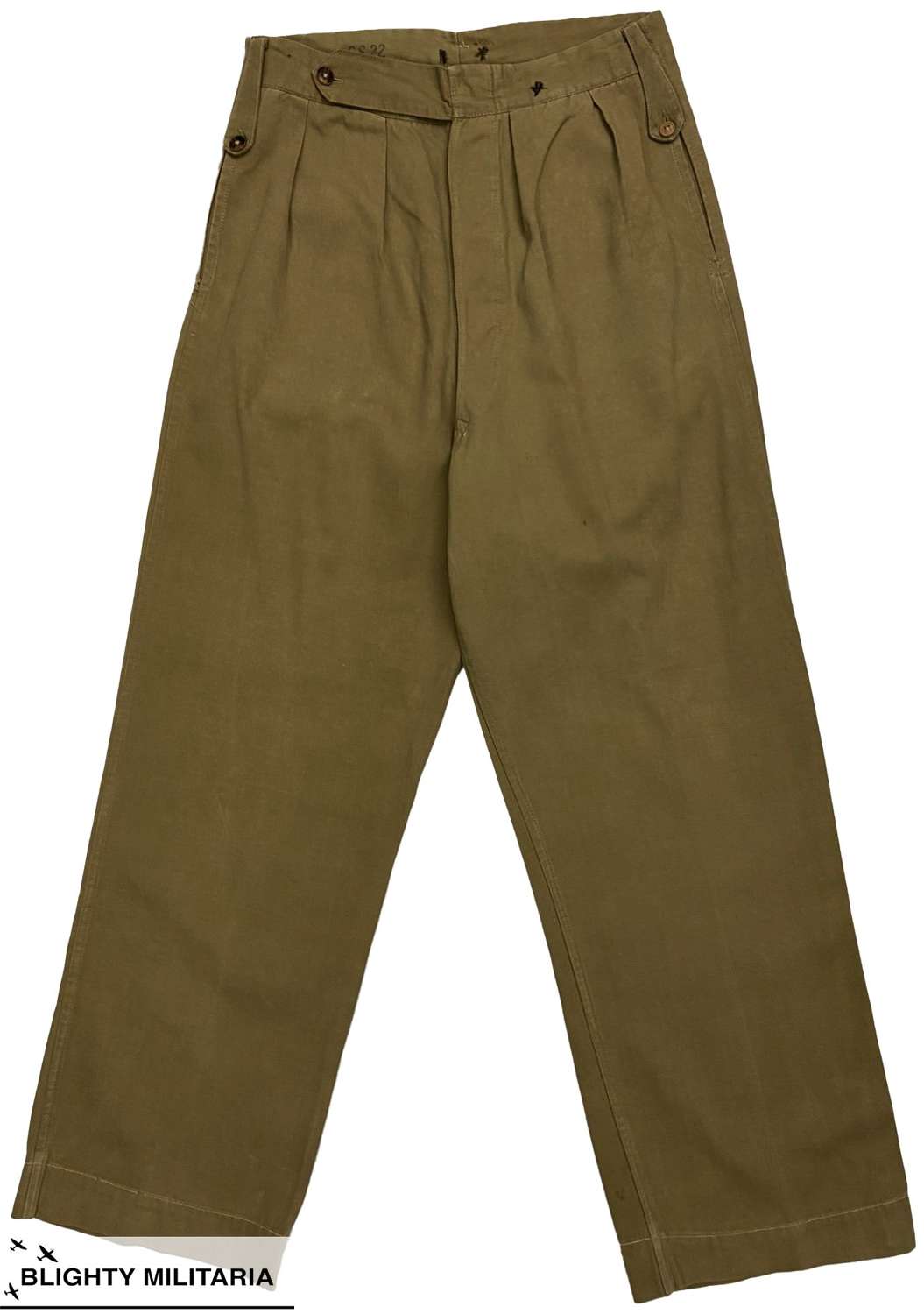 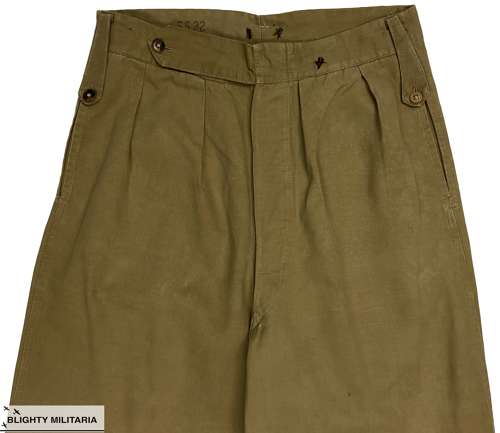 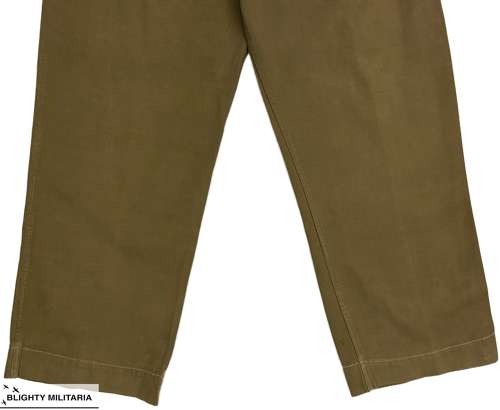 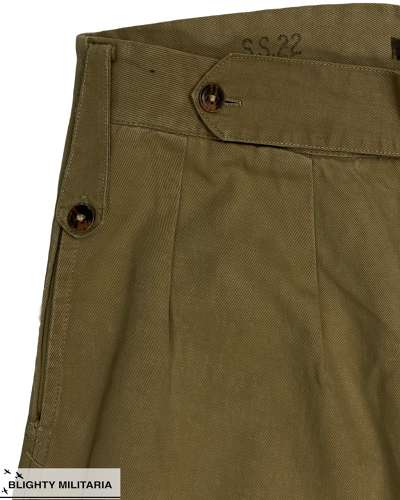 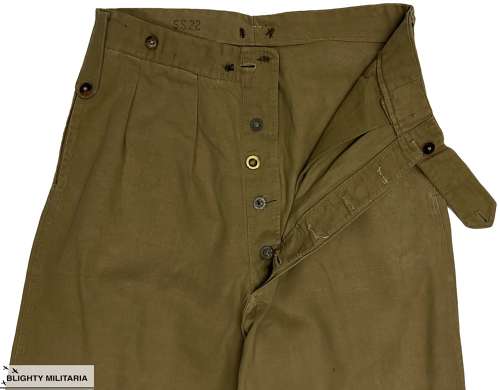 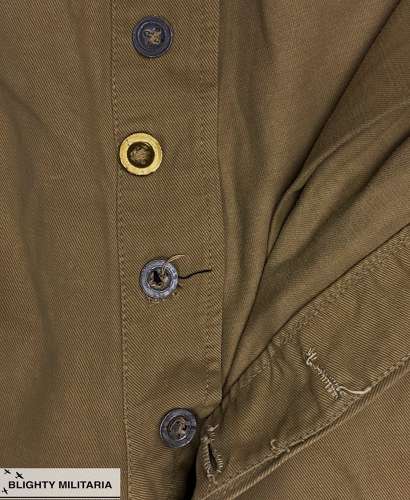 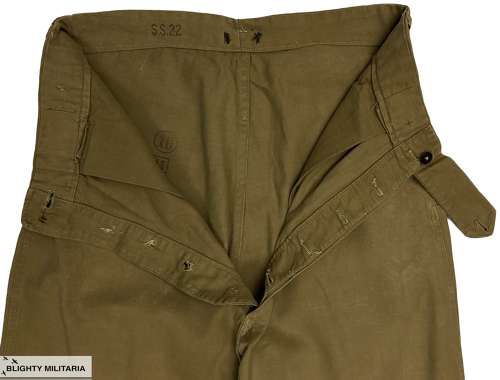 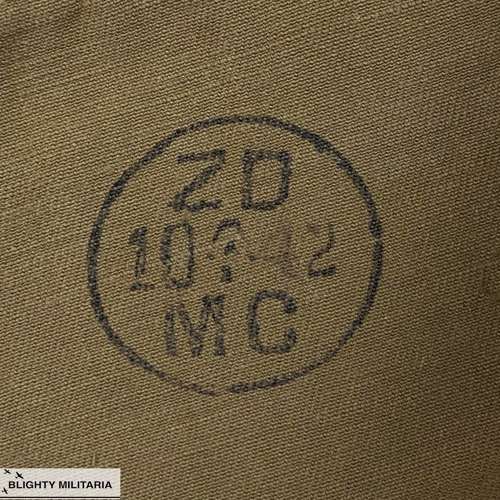 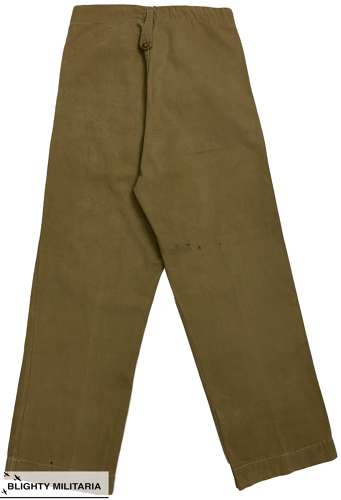 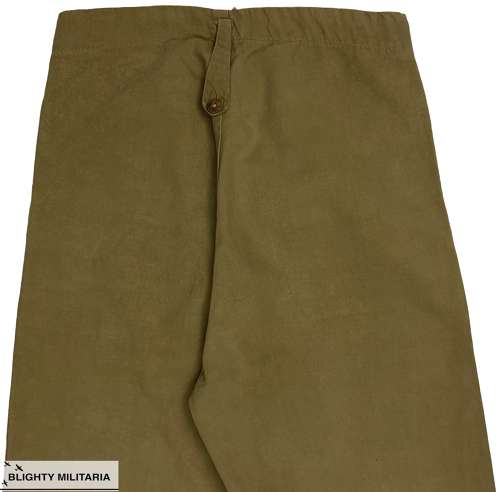 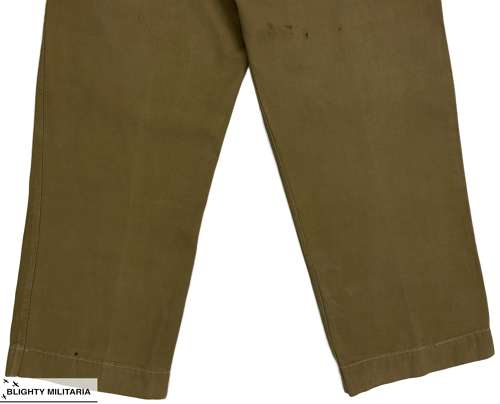 An Original pair of Indian Made British Officer's Khaki Drill Trousers dated 1942 which are in good condition.

These trousers are typical of those issued to men serving in the British Army, Royal Air Force, Royal Navy or any other units during the Second World War. Indian made clothing such as this saw widespread issue in both the Middle East and Far East as the supply lines were shorter than shipping from other parts of the world.

The trousers are made from the standard khaki coloured cotton drill material which was used for trousers and shorts throughout the Second World War. The trousers feature a twin pleated front, straight slash pockets, belt loops and a button fly. Some of the original stamped zinc buttons are still present and some have been replaced with British made stamped brass examples. The trousers are cut in a typical 1940s way with a high rise waist and a wide leg.

Inside the trousers the original stamps are still present including the standard circular date stamp usually found on Indian made items. It bears the date of October 1942 as can be seen in picture 8.

The trousers are a smaller size which will suit someone of around a 29" waist depending on desired fit. When laid flat they measure -

The general condition of the trousers is good and they display well. There are some signs of wear and use with some staining etc and one of the fly buttons is very loose and could do with some extra stitches. Overall they look to be very wearable but please take time to study the pictures and bear in mind that they are a vintage, pre-owned item which may have small flaws commensurate with age.

A hard to find pair of original wartime officer's KD trousers with a clear date!